I am sorry to say that I never caught Firefly when it was on network television. I had never even heard of the show until long after its cancellation. 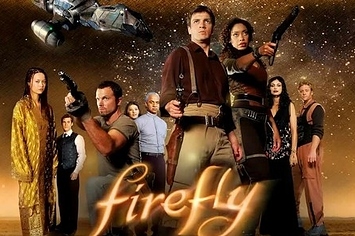 And it’s simply not possible to talk about this show without delving into the troubles that surrounded it. So let’s get them out of the way first. 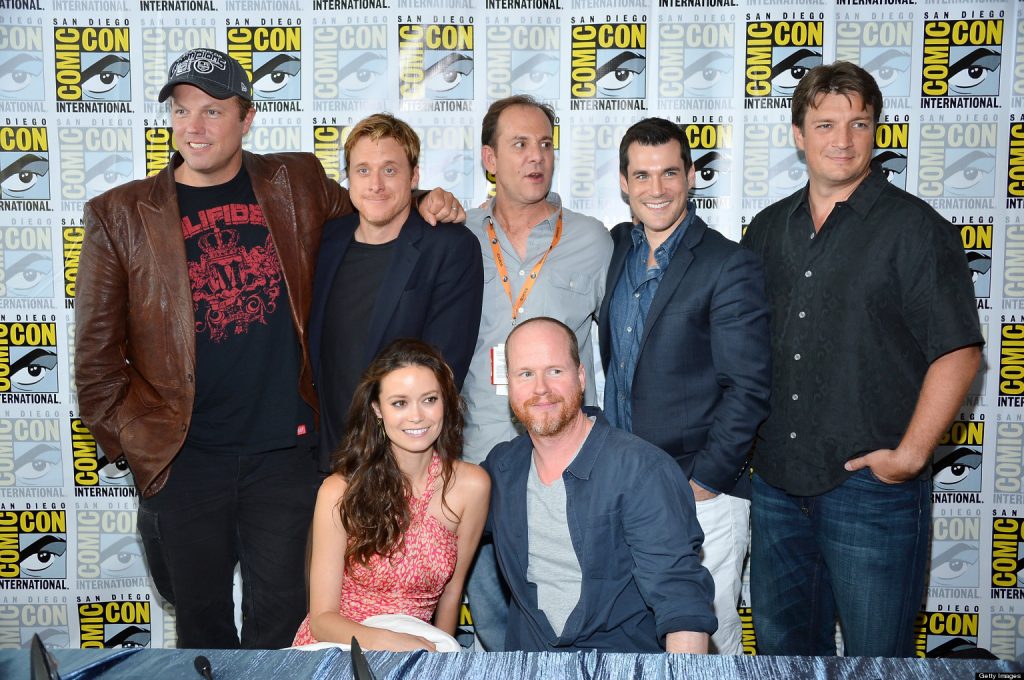 Firefly was a passion project created by Joss Whedon, of Buffy the Vampire Slayer fame. The show blends Western themes and characters into a sci-fi backdrop, allowing for multiple dimensions of conflict. It had a lot of fans, but not great ratings, and it has long been assumed that studio execs at Fox contributed to this by plotting the show’s downfall from the beginning.

While this may sound like a lot of tin-foil-hat conspiracy fear mongering, it’s hard to suggest that there is no element of truth to it, especially when we consider what facts we do know surrounding Firefly‘s cancellation, namely:

Obviously, the creators and the execs had very different ideas about what audiences wanted to see from a space-opera/western, and this led to conflict that twisted and wrenched their relationship.

That said, it’s hard to argue that Firefly would have been a breakout hit, even if the stars had all aligned and the series was given preferential treatment. For one thing, it was a space-opera/western, and was only likely to appeal to the cross section of people who love both those genres.

Furthermore, the fact that it was a passion project was actually a strike against it. Much as I love to advocate the idea of giving creators free reign to make whatever they please, such a philosophy has a long history of failing in the television and film arenas. Joss Whedon was making the show that Joss Whedon wanted to watch, and there just aren’t a lot of Joss Whedons in the world. 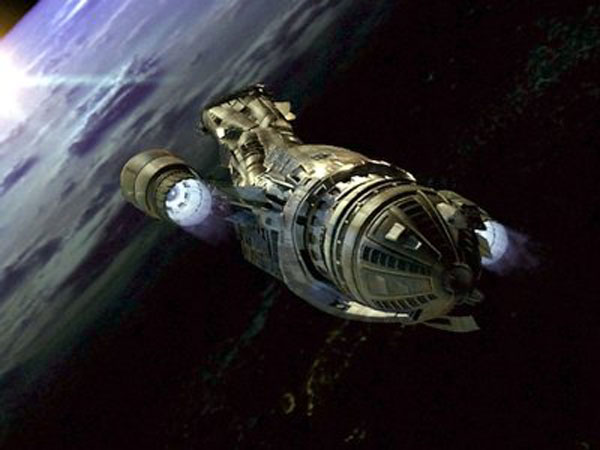 But despite all that, Firefly may be the best evidence of why Netflix (and other online streaming companies) has recently emerged as a superior platform, usurping broadcast television’s place in the lives of consumers.

The nature of “go at your own pace” viewing allows for more niche shows to reach the broadest possible audience. And there is no Friday evening death slot to keep a series from gaining traction.

Put simply, Firefly is a show that was literally ahead of its time. If it had been pitched just a decade later, it may have become the biggest thing Netflix has ever seen.

But enough context—it’s time to delve into the show itself.

At first, it sounds like the setup to an elaborate joke:

“Some Pirates, a Pilot, a Preacher, a Prostitute, a Physician, a Prodigy, a Putterer, and Adam Baldwin all get into the same spaceship, and…”

And that’s basically the plot of Firefly—a character study in how eclectic an ensemble cast can possibly be. But that quickly becomes the show’s greatest strength, as the passing of time and events forces these people together in frictive ways that wipe away all pretense at decorum and reveal these people for who they really are. That, my friends, is the heart of all good storytelling.

The true reward of the show is seeing how the relationships form, often in ways the viewer would not expect. After all, who would have guessed that the preacher and the prostitute would so often find themselves on the same side whenever the entire cast gets into an argument? What does the engineer see in the doctor? And who will betray and kill everyone first: Adam Baldwin or Summer Glau?

Your guess is as good as mine.

Most Firefly defenders don’t actually claim it is the greatest show ever made, though most agree that it deserved a second chance and at least a second season. As for myself, I found one or two things that annoyed me or were disappointing.

Here are the places where it fell flat: 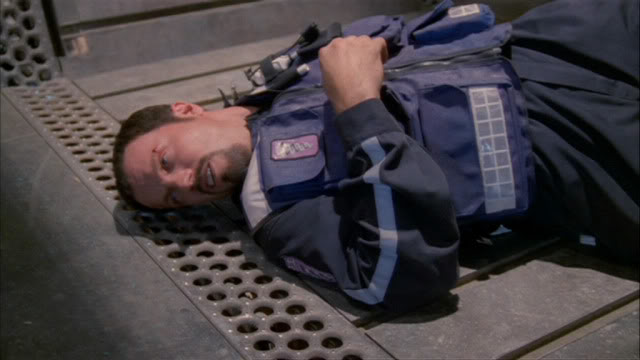 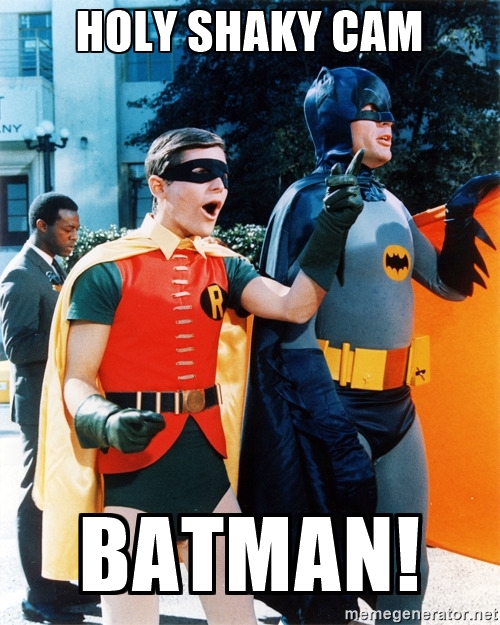 It would seem that the majority of the series is filmed using shoulder mounted cameras—those shoulders belonging to an anemic four-year-old who doesn’t know how to hold a camera. I don’t normally talk about cinematography in my reviews, but it cannot be avoided here. The wobbly camera work is just plain awful, and it took me out of the story every time it happened. 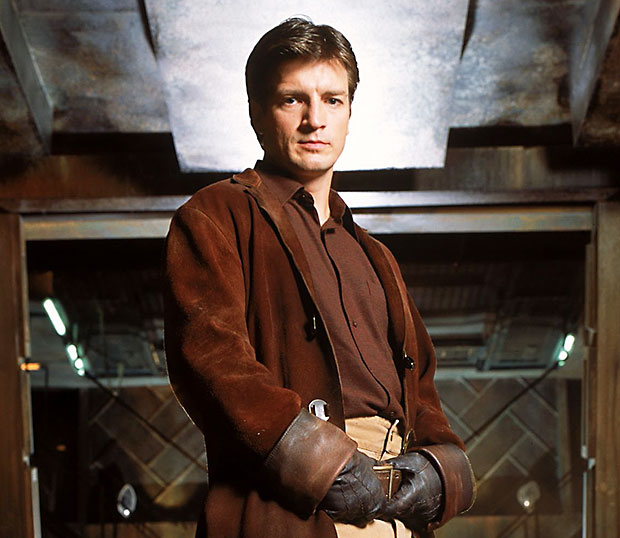 I’m afraid I hate Nathan Fillion’s acting, and that’s not confined to Firefly. I’ve never liked him in anything.

Oh, don’t ask for an explanation. I can’t quite pin it down, except to say that he emits an aura of undeserved confidence. For example, the character of Malcolm Reynolds is supposed to be this broken down survivor of a lost war, yet he struts around like some cleanshaven hero. It’s so uncharacteristic. I can’t stand it.

And it feels like such a shame that he is the focus of the show when he is surrounded by an entire cast of much more talented actors. They all put him to shame. Well…except for one. 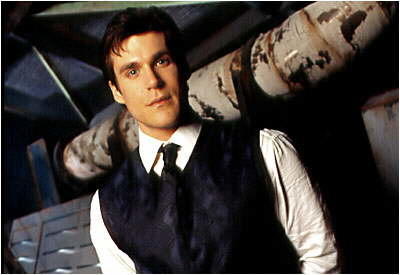 Sean Maher plays the android the doctor, and he does so with the emotional range of a Styrofoam packing peanut.

Granted, he gets better toward the end of the series, but for a while his blandness made the show’s heart start flatlining. The only way to resuscitate it was to bring Adam Baldwin back on screen, because his character was a delight.

Which brings us to the next point.

The Things I Loved

It isn’t hard to see the reasons why this show is such a cult classic, and why its fans are such staunch defenders. It has a lot going for it. 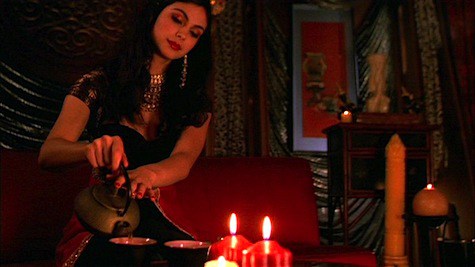 In particular, the dialog. Even when the lines are delivered badly, they are still wonderful lines that humanize and breathe life into the characters. There is a lot of witty repartee (think The Avengers), and the characters motivations and personalities are always clear. Each of them is given their moment, and at the end of the first season it is fair to say that every one of them has grown and changed, even though none of them stray out of their roles. 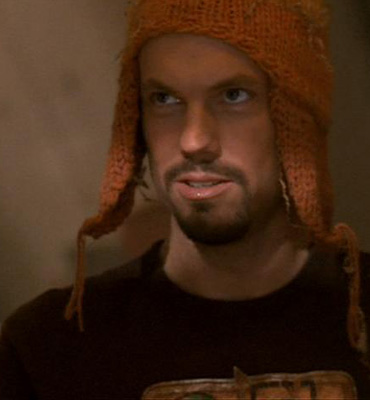 Adam Baldwin’s character is the most true to form for a Western. He’s your typical outlaw with a heart of gold, but without the heart of gold.

Jayne is a high-strung, conniving, and ruthless killer who would sell out the entire crew for the right price. And he does, repeatedly. They really ought to leave him behind at the next pit stop, but he’s just too handy in a shootout, and there are enough of those happening all the time that the rest of the cast has to reluctantly trust him. He’s despicable and wonderful, and it’s a shame that we don’t see more of him.

Each of the adventures faced by the crew is a self-contained story, despite there being a lot of multi-episode arcs. And a lot of the scenarios are downright explosive, whether it’s sneaking into a hospital to steal medical supplies, having the ship stolen by a seemingly-meek Amish woman, or a high-speed train robbery. This show is never content to just do what other shows have done, and many of the moments are laugh-out-loud funny or even tearjerking.

There’s no denying that the show itself is good, and not just a collection of good elements.

In most respects, this show lives up to the hype and is definitely worth checking out (especially since there are only 14 episodes). If you love The Avengers, you will recognize Joss Whedon’s snappy dialogue and signature wit. And it may surprise you just how much you’ll like some of the characters.

The show also has an accompanying movie, Serenity, which is also on Netflix. And talks about a series revival are perennial. With Netflix, anything is possible.

All episodes are currently available for streaming. Consider adding this one to your queue.