Today we will be examining that vaunted miniseries which redefined a generation that never existed. This is The Spoils of Babylon. 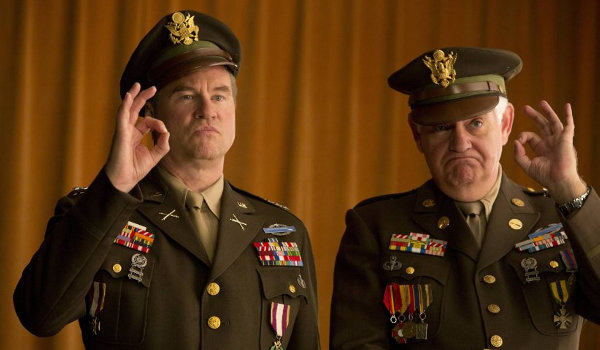 Before we dive into the content of the show, it is essential to clear up the many misconceptions that surround it.

A lot of you have never even heard of this miniseries.

A lot of the ones that have heard of it think it was made by Adult Swim. It wasn’t. It aired on IFC, and was broadly marketed across many channels.

But keep in mind that broadly marketed is not the same thing as well marketed.

Ads for this show appeared on a number of cable tv channels, but none of them rightly explained what The Spoils of Babylon is. To all outward appearances, it looked maybe like some kind of sketch comedy show or movie spoof. And while the miniseries did attract decent ratings, it could have been a lot more popular if cable viewers understood what they were getting into.

So What is The Spoils of Babylon? 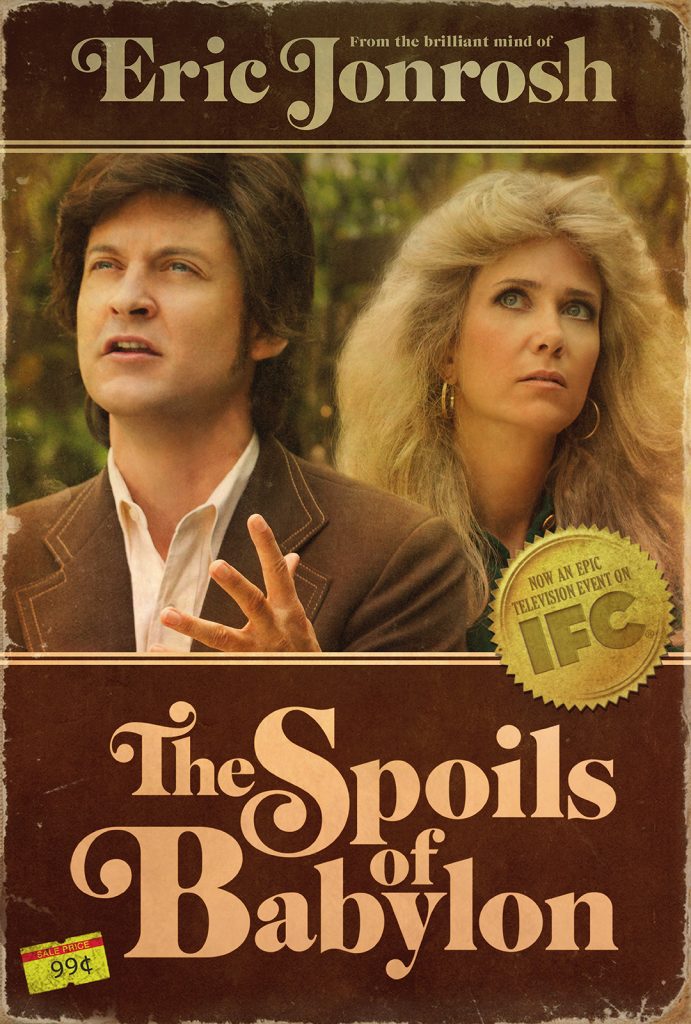 Spoils is a satirical deconstruction of the Great American Novel—you know, that thing that every mediocre English professor dreams of one day writing.

Generally speaking, the Great American Novel can be any narrative that mixes high drama with historical or current events, takes place in an American setting, and explores or refutes the ideas of American idealism and the American dream. Every generation has at least one, and they are all deathly dull in the reading.

Examples of the GAN include:

And a host of others. If you have read them, it was likely for a high school English course, because people do not read these novels of their own volition.

And that is why Spoils exists. It takes all the pomp and self-importance of these books and defecates onto their collective pages. And instead of presenting this satire as a novel itself (which would likely not reach a wide audience), Spoils presents it as a TV miniseries. This is fitting, as many GANs have been adapted in similar fashion to television over the decades, specifically in the 1970s and 1980s. Spoils takes most of its beats from these made-for-TV events of decades past.

The result is something delicious…if you are at all familiar with what is being lampooned here. Otherwise, you may find yourself a bit lost, but even then, there are things to appreciate in this miniseries.

Let’s take a look at them up close.

The Spoils of Babylon is based on a nonexistent novel written by eccentric author and wine lover Eric Jonrosh, played here by Will Ferrell. 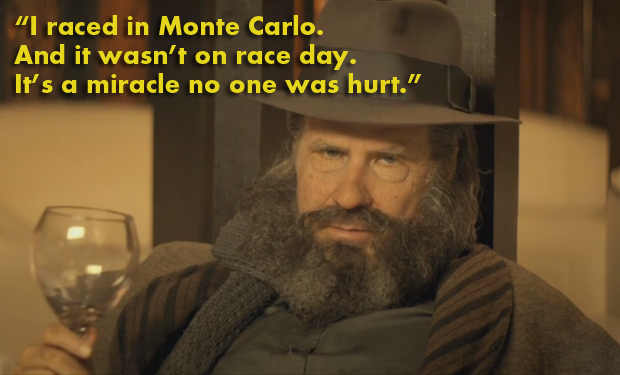 In this fictional universe, Jonrosh wrote his bestselling novel in the 1970s and immediately proceeded to start writing, directing, and producing a TV miniseries based on his work.

But alas, the finished product was simply too good—too powerful—for network television, so Mr. Jonrosh stashed it away for decades until, finally, he could hold it back no more. That’s how we, the 21st century audience, came to be watching it right now.

Every episode begins and ends with commentary by Ferrell, and it is obvious that his character is plastered every time he is on screen. Eric Jonrosh has an overinflated sense of his own artistic brilliance and is prone to outbursts whenever anyone tries to direct his performance. He’s Orson Wells, except slightly less drunk.

The Even More Gripping Story 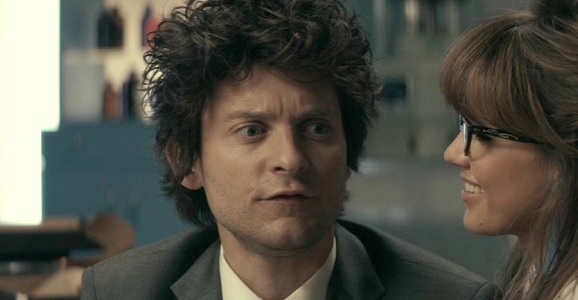 Once the actual show begins, Spoils is about a man named Devon Morehouse (played by Tobey Maguire) speaking his life story into a tape recorder. The idea being that this recorded message becomes the text of the novel, which is impressive, considering that Devon had been shot in the abdomen before recording began and is now slowly bleeding to death.

But this is only a framing device.

The Even Even More Gripping Story 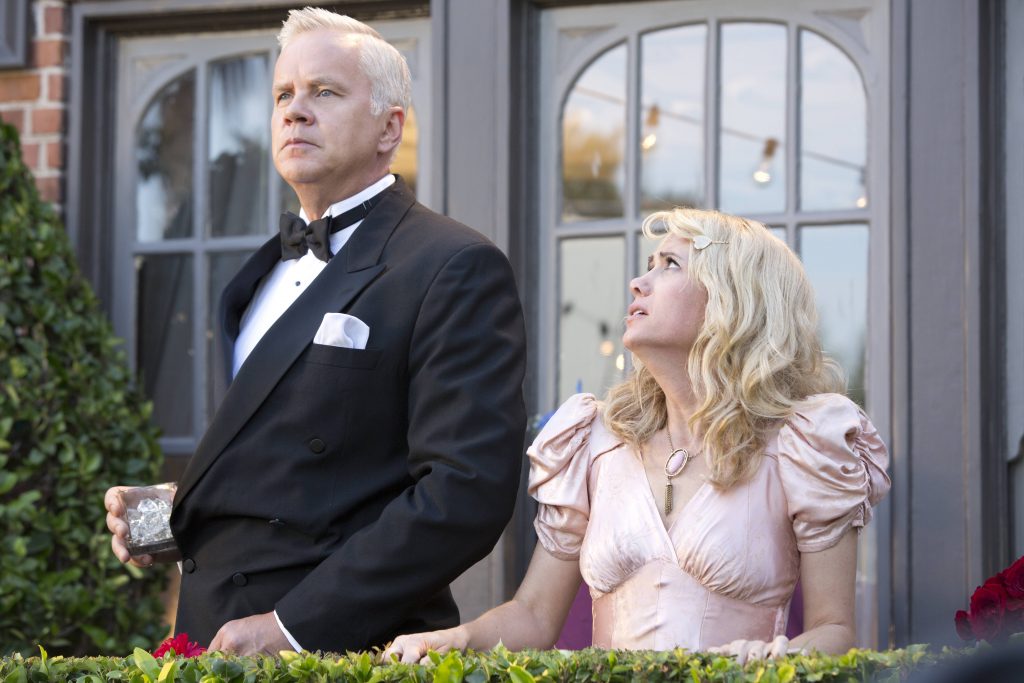 Spoils is about the Morehouse family’s fortunes as they traverse American history from the Great Depression to the mid-seventies. The story begins with the adoption of Devon into the family after he is found wandering aimlessly across the prairie by Mr. Morehouse and his daughter, Cynthia.

But as the family rises through poverty into mega-wealth, Cynthia develops feelings for her brother-by-name and obsessively tries to form a relationship with him—a situation that their father will never allow because he considers it incest, even though it technically isn’t.

As the family moves through World War II, the Jazz Era, and the beginnings of the environmental movement, Cynthia grows more and more obsessed with Devon, who tries to deny his own feelings for her as a way of honoring his adopted father. In typical soap opera fashion, the woman scorned grows more and more evil as she obtains more financial success, eventually using her amassed wealth and influence to destroy everything Devon has worked for.

If the story does not sound funny to you, don’t worry. It’s not supposed to be. In true spoof fashion, the humor occurs not in the storyline, but in how it is delivered (think Airplane—a movie that technically has a harrowing plot but delivers it with such deadpan and melodrama that it can’t help but be funny).

Which brings us to the next point; namely, the acting.

The actors perform as if they were given only given a single line of direction: “Try to win an Oscar.” As such, every moment is filled with the most overacted and ham-fisted portrayals imaginable.

Kristen Wiig is explosive as Cynthia Morehouse, who can’t wait to cry out “Devon, my love!” like it was her last words and quakes with jealousy or forced laughter at the smallest provocation.

Toby Maguire handles Devon Morehouse like he was John Wayne but with even less of a sense of humor. 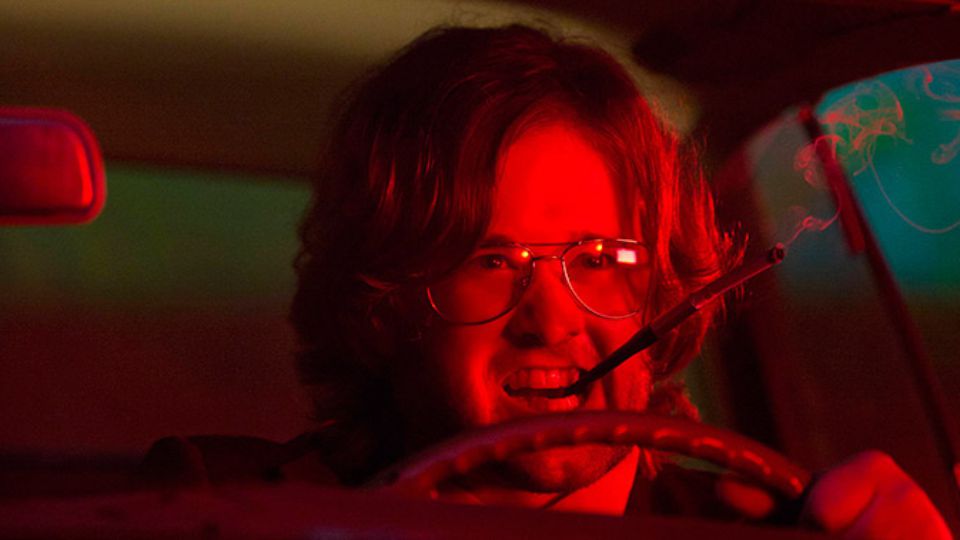 HOLY CRAP, Haley Joel Osment is perfect in this show. Channeling his inner supervillain, this former star of The Sixth Sense handles his cigarette holder with his pinky out, laughing maniacally like Cruella De Vil. He is every pompous and overplayed rich child stereotype rolled into one and he has murder on his mind. I don’t know when the next Batman movie is coming out, but I know who should be cast to play the Penguin.

It’s difficult for me to fully convey the depth and breadth of these performances. I’d rather not ruin them by trying to pick them apart. Let it suffice that each part is delivered without any winks or nods to the audience. You can almost believe that the actors actually think they are playing roles in a serious miniseries.

Aside from the actors’ performances, the humor of this series lies in how the meta-story bleeds into the inner story.

This is supposed to be a miniseries that was made in the 1970s, so all the setpieces and special effects are constructed as if this was a 70s TV production. I don’t know how much money was used in making this series look so cheap, but it was too much.

Also, this fictional miniseries was supposedly directed by the author of the original book. As such, a lot of directorial and editing quirks are piled into the runtime. Experimental camera angles and time changes, as well as a lot of “errors” crop up on screen from time to time.

The finished result looks authentically fake, and is an homage and a middle finger to the real shows this miniseries is based on.

Honestly, I did not laugh a great deal while watching The Spoils of Babylon. I laughed several hours after watching each episode, as my delirious brain suddenly came to and I realized what I had just seen. This miniseries is funny, but also artistic, and it may be a bit cerebral for some viewers.

But if you have any inclination at all for sophisticated humor, then give it a try. Timewise, it is an inexpensive investment. There are only six episodes, and each is less than a half hour long. The entire thing is on Netflix. And I can promise that it is unlike anything else you have ever seen.