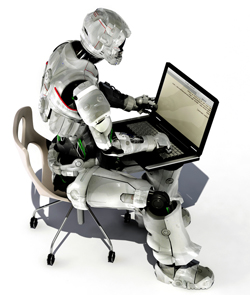 Gotta get this next chapter written before my batteries run out. And my laptop’s almost out of power, too.

Welcome back to Mr. Horne’s Book of Secrets. Our subject today is a particularly prickly one, so once again I have enlisted the help of Mr. Devil’s Advocate to get to the bottom of the issue.

Mr. DA: “It’s great to be back. And let me just say I hope you all caught my standalone post from last week.”

Mr. DA: “Except for every year, at the beginning of April.”

No, not even then.

The World of Tomorrow

I am a writer through and through, but, like many of my kind, I must assume a more mild-mannered daytime identity, in order to survive in this world. That is how I became a software engineer.

And, as a software engineer, I am part of what is ruining this country, apparently. With each passing decade, more and more jobs that once belonged to humans have now been taken over by machines.

Today, we have robotic musicians 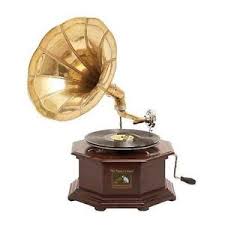 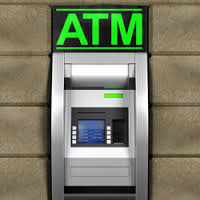 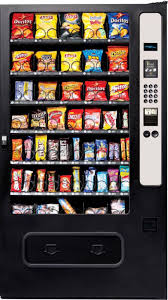 As well as robotic replacements for dozens of other professions. Even Godzilla, who we all thought was irreplaceable, has found himself out of a job thanks to the miracle of technology. 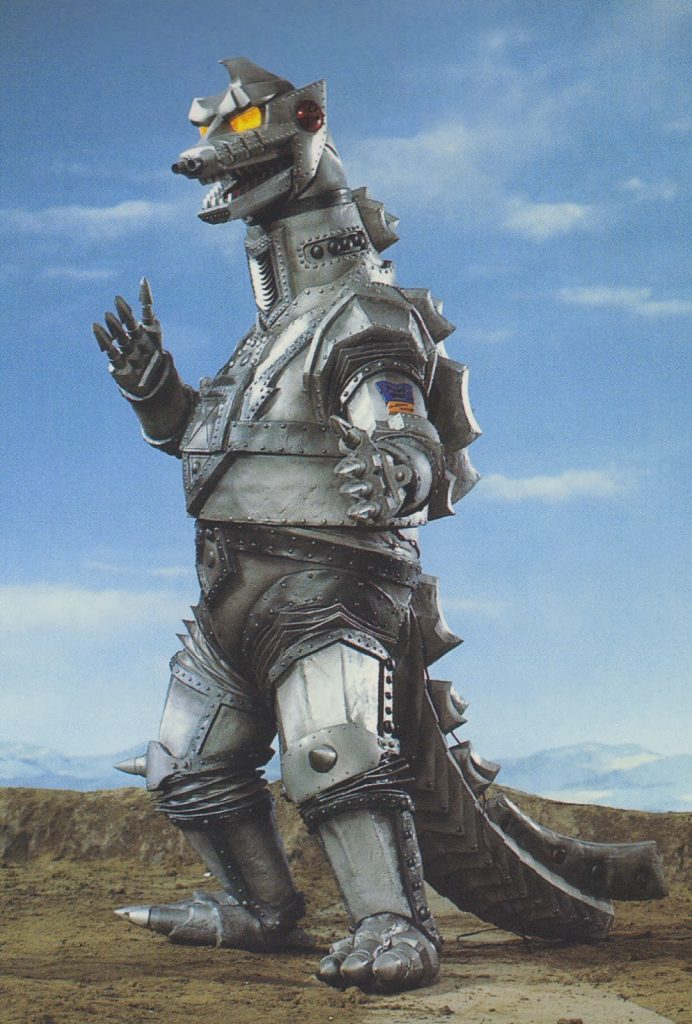 And it’s all my fault (partly). It seems that every triumph for computer science is a defeat for the rest of humanity. People constantly wonder who will be the next to lose their jobs. Will it be the farmers? The policemen? The drug dealers and prostitutes?

Is everyone we depend on in danger?

But it won’t Happen to Writers, Right?

Seeing as how this trend seems to be getting everywhere, I have to wonder if maybe I will be stepping on my own toes in the near future. Is it possible that I, or, more probably, some other software engineer will one day create a bot that can write books? Should I be worried? For that matter, should all of you?

I have given the matter a great deal of thought. And finally, after all my deliberations, I can now safely say that no software will ever be able to…

Oh? You have something to contribute, Mr. Devil’s Advocate?

Mr. DA: “I do, if you are suggesting that there is no way a robot could ever write a book.”

But, honestly, how could it? I invited you into this post, so the least you can do is be serious.

Mr. DA: “I am deathly serious. Robots can write books. In fact, they are doing so right now. Allow me to draw your attention to the following photograph.” 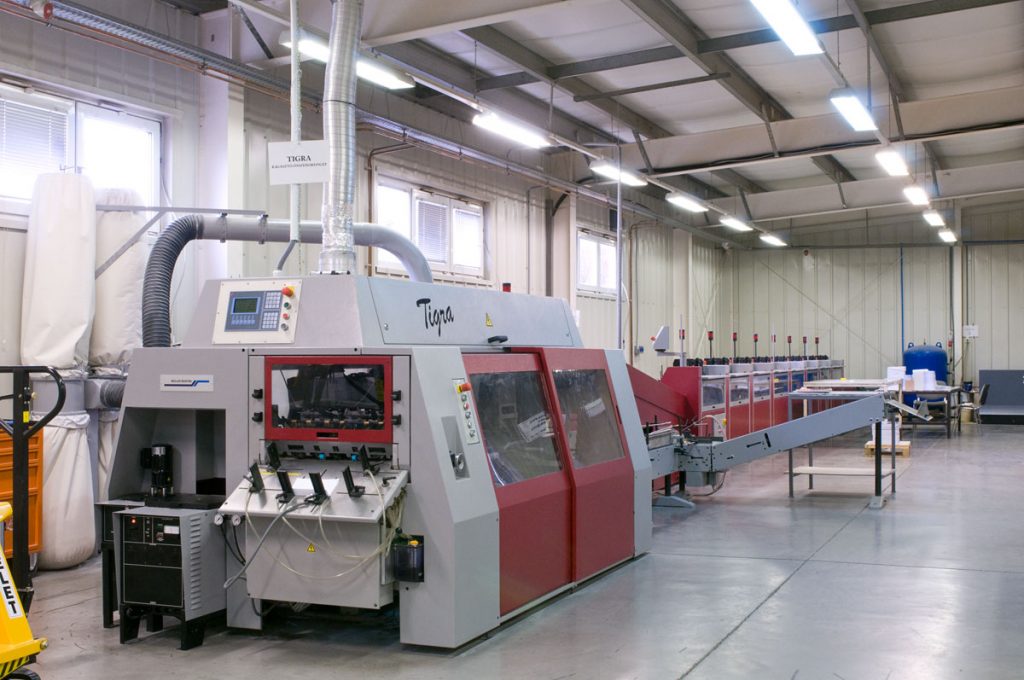 What am I looking at?

Well, it does look like something Hewlett Packard would try to put on your desk.

Mr. DA: “Indeed. And it writes hundreds of books every hour, line by line, letter by letter.”

Ah, I see what you’re getting at. You think that a computer scribbling words onto paper is the same thing as a computer writing a book. While I admit that computers, as tools, are good for printing books, they don’t have the power to compose one.

Mr. DA: “But why not? If a computer can put on paper the words written by others, how hard can it be for the machine to print words of its own making?”

Well, I suppose it could theoretically happen. Computers can be programmed to output sequences of words, generated either at random or according to some kind of formula. But the resulting books would be incoherent, almost to the point of being unreadable. Nobody would publish that.

Mr. DA: “There was once a very famous hoax perpetrated by a group of MIT students. They created a piece of software called SCIgen, which could create randomly-generated scientific papers at the drop of a hat.”

I think I heard about that. Didn’t they trick a whole lot of people?

Mr. DA: “Yes. They not only fooled the World Multiconference on Systemics, Cybernetics, and Informatics, but they also published 120 papers in Springer publications and the Institute of Electrical and Electronics Engineers. These were since retracted, but they left a dark spot on the science publishing industry.”

But are any of those journals you listed top-tier, peer-reviewed publications? Surely the hoaxers did not fool the best of the best.

Mr. DA: “Did I mention that the Springer group is a subsidiary of Nature?”

Mr. DA: “Of course, some publishers got wise and started writing countersoftware that detects and filters phony papers from their inboxes.”

Mr. DA: “But, as with all arms races, the hoaxers also create bigger and better software that can outwit the filters.”

Okay, fine. It’s possible to fool people with a procedurally-generated science paper. But that’s really no surprise, considering how science papers are written. I have long been underwhelmed with the kind of writing that goes into such documents. At times it seems like the entire scientific world rewards those authors who occlude the meaning of their works, rather than present their conjectures and findings in plain language for the benefit of all readers.

I am reminded of the recent hullabaloo over the ABC Theorem. 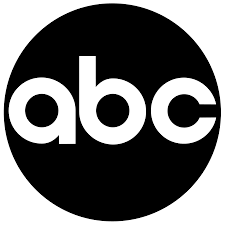 “Bringing you mediocre sitcoms since 1991.”

Basically, one of the biggest problems in the field of mathematics is called the ABC Theorem. But a few years ago, a mathematician by the name of Shinichi Mochizuki, who works at Kyoto University’s Research Institute for Mathematical Sciences, announced to the world that he had solved the theorem and posted his results for the world to see.

And the world saw it.

And the world did not understand.

Mochizuki’s proof was written in such complicated terms that even the smartest, most seasoned mathematicians in the world could not make heads or tails of it. To this day, the solution is still less understood than the problem, except to the man who wrote it. He claims to understand everything he wrote, but that means nothing to the rest of us. And the gatekeepers of scientific writing have only themselves to blame, as they have fostered an atmosphere that celebrates jargonism and the exclusion of outsiders. And the poor scientists are only writing how they were taught to write.

Mr. DA: “I’m sorry. Who’s supposed to be the Devil’s Advocate in this relationship?”

Right, I am forgetting myself.

As I was saying, robots can get away with writing scientific papers because scientific papers are supposed to sound like they were written by robots. In any other kind of publishing, you would not be able to perpetrate such a hoax.

Mr. DA: “Heh. It appears I will have to open your eyes a little wider.”

This Morning’s Headlines, brought to You by a Robot

Mr. DA: “In one year, the Associated Press puts out 20,000 articles written by robots.”

Mr. DA: “And it’s not hard to see why. How many times have you been reading a financial article about a certain stock or asset, and the only thing it tells you is ‘This pick could go up OR it could go down.’”

That’s, like, every finance article ever written. At best, they give you a range for how much the price could go up or could go down, but a lot of times the wording of the article is identical to the one from last week and the week before that. It’s heinous.

Mr. DA: “But it is effective. Think about it: history repeats itself. Instead of writing a book about World War II from scratch, just take an already-written book about World War I, update the names and dates, and you basically get the same thing. Every sex scandal involving a sitting governor is just the same story, but with new people cut-and-pasted into each role. And every headline about a collapsing corporation reads basically the same way, so why dig any deeper?”

But What about Fiction?

So you think that could work with, say, a novel?

I dare say it could. Plagiarism is a crime, after all.

-The main character is a girl who works at a craft store.

-She is attracted to a working single dad.

-She obsesses over the color of his eyes.

-They secretly kiss under a bridge.

Run it through your computer program, shuffle the variables, and you get

-The main character is a girl who works in a jewelry shop.

-She is attracted to a mental patient who thinks his cat is a person.

-She deeply admires his chin.

-They secretly kiss in her sister’s tool shed.”

And what about the dialog and descriptive prose? You can’t just lift lines from the original novel, even if the characters and settings are switched around.

Mr. DA: “Oh, come on. You already know the answer to that. Romantic dialog is the most algorithmic exercise in all of writing. And descriptions can almost as easily be generated. The program just needs to create a dossier of all the locations. If the underside of the bridge is ‘bright’ and ‘filthy,’ the tool shed can be ‘quiet’ and ‘hot.’ As long as the software keeps a list of appropriate adjectives, it can describe any scene (and any character) from scratch. Not a single line of text from the original novel needs to be reused. The only thing that gets passed along is the overarching outline of events, which is broad and vague enough that it cannot be copyrighted.”

I still can’t countenance the idea.

Mr. DA: “But human authors do this all the time. How many contemporary novels are unabashed retellings of Wuthering Heights or A Tale of Two Cities or Pride and Prejudice? If you’re concerned with the legality of this exercise, then all you have to do is make sure that the book you emulate is a dusty old classic, deeply entrenched in the public domain.”

Ah, but you are forgetting one thing: in the scenario you describe, the book is not entirely written by a robot. It is merely following the plan laid down by a human and filling in the holes.

And so it runs into the same problem that all artificial intelligence runs into: invention. How is your bot, which essentially just remixes old books, going to provide new and thought-provoking discussions. Where are the themes and motifs? Where is the subtext?

Mr. DA: “Do people really care about that?”

Oh yes. Even in the pulpiest of pulp fiction, the action, the events, and the happenings point to some deeper question. It might be something as simple as the idea of good vs. evil. Or it could be something more layered, like how protecting one person often requires hurting another, or whether coping with loss is a selfish practice, or how a devastating disability can unlock a new appreciation for the beautiful things in life.

Those books that stand the test of time always have more than three dimensions. The characters move around, and the scenes get described, but the reader gets the sense that there is more going on here. It may be ineffable, but it is also unmistakable.

Mr. DA: “And you think a robot will never be able to grasp that?”

Well, I don’t see how it could happen with the robots that humanity is currently trying to create. Like a lot of computer scientists, I am skeptical about the idea of a “technological singularity”. After learning how computers work on the fundamental level, I’m convinced that it just can’t happen. A computer that could do all the same things a human brain could do would have to be so different from current hardware that you couldn’t even call it a computer. It would be a new thing, made of parts for which there are no names yet.

I don’t know what I’m paying you, but I really ought to cut it in half.

[This week’s tagline: “Where people come…and see for themselves.”]

One thought on “Can a Robot Write a Book?”