Let me begin by saying that I was not expecting this show to be so good. 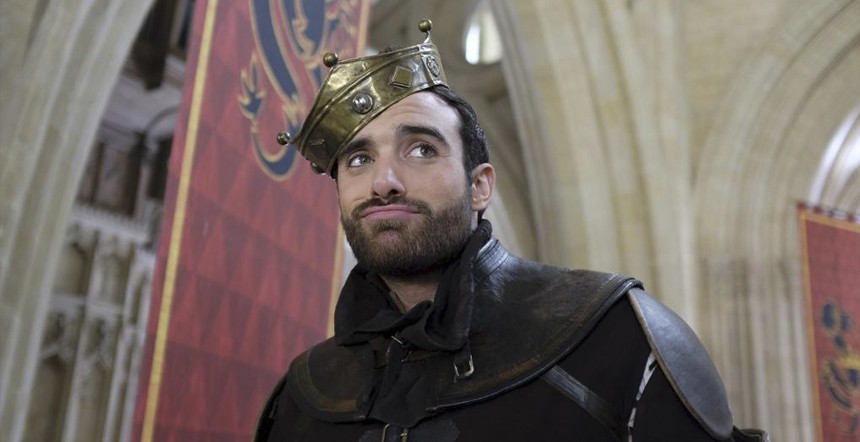 Galavant is a musical fantasy series that has aired on ABC in recent years and has now found its way to Netflix. It’s the kind of crazy mashed-up Disney parody you would expect Alan Menken to somehow be involved in…because he is. He wrote all the music and is an executive producer on the show. And it shows. 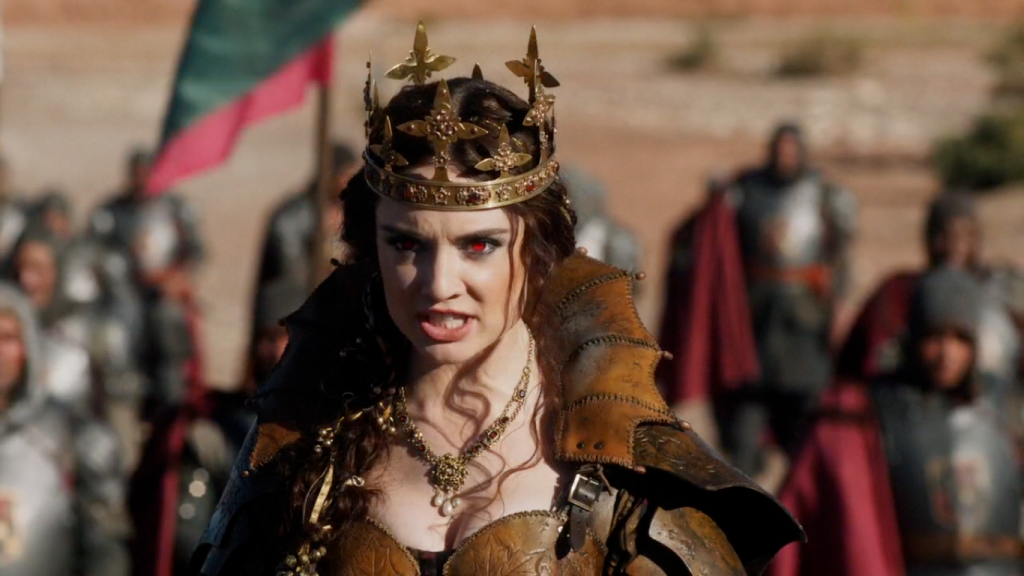 Breaking out of the Disney mold

Galavant is much like a Disney movie for adults, except that it is a series, rather than a movie. Comparisons to Disney’s Enchanted are fair, since they both tackle the idea of deconstructing traditional Disney offerings.

It takes place in Medieval times, but not the romanticized cartoon version of Medieval times. Peasants are not the happy-go-lucky comic relief that they are in animated films. There’s still plenty of singing about true love, but people also, for example, sing about how horribly poor they are and how they’re not likely to survive the coming winter. More than a few winks and nods are thrown the audience’s way, and the Fourth Wall dissolves whenever it is convenient or gets in the way of a good joke.

Some motions are made towards the Monty Python and the Holy Grail end of the spectrum, but for the most part the production strays more toward The Princess Bride side of things.

That said, a lot of adult humor is invoked and young children will either not get the joke, or learn far too much from watching.

Sir Galavant is a knight in love. After having thousands of adventures and saving countless people, he is ready to settle down with his beloved, a peasant woman named Madelena.

But King Richard—the tyrannical yet craven ruler of the north—also desires the hand of the beautiful Madelena, so he kidnaps her and arranges a forced marriage.

Setting out on one last adventure, this time a personal quest to save his lady love, Galavant crashes the wedding and attempts a daring rescue…only to discover that Madelena has chosen riches and power over true love, because she has always secretly wanted to be a queen.

Devastated, Galavant spends a year wallowing over his loss. But when Isabella, a princess, comes knocking on his door, begging him to free her kingdom from King Richard’s invasion, the knight reluctantly agrees, and brings along his new squire.

The rest is history, though I will add that one of the truly surprising things about this series is the fact that it has a fully developed plot. Each season has an endgame that all previous episodes work towards. Some episodes focus more on fleshing out the characters, yes, but those are rare enough that they actually come as a welcome breath of air amidst the ever-charging main plot. That they could have so easily made each outing episodic and repetitive, but didn’t, is a testament to their efforts to inject quality into the show. 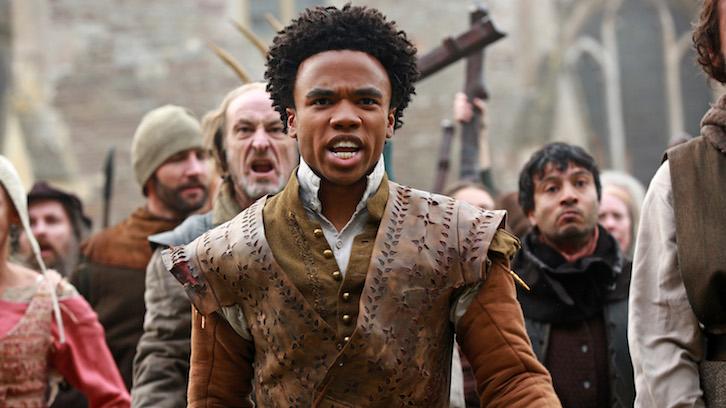 There’s not that much to say about the characters. Each of them is about how you’d expect them to be: the trusty sidekick, the princess trying too hard not to be a Disney princess, the wicked queen we all wish we were, and the mean but relatable tyrant king. There’s not a lot of depth here, but what did you expect in a comedy where the knights sing as they fight?

Though I will say this: every named character in this show knows how to sing. And they are all put to good use in this regard. Learning the hard lessons that the big-screen adaptations of Mamma Mia and Les Miserables drove home, the production shied away from hiring A-list actors and instead found ones that would not embarrass themselves the moment they hit that first note.

Which brings me to my next point.

Since the makers of the series chose to prioritize the musical aspects of the show, it pays off in a big way.

The series is blessed with several songs per episode. Some are better than others, but none of them are dull or waste the time of the viewers. Each one is expertly crafted and choreographed, and they are, all of them, played for laughs, making them the funniest part of the entire show.

But that is the one flaw that also keeps this series from sweeping the floor with us. The songs are all funny. Not a one of them is so serious that it doesn’t sneak a joke in somewhere. As such, none of them can match the timelessness found in so many hits from Disney movies or even from most Broadway productions. They’re gags, not masterpieces. And that is a shame, because if this show were given any kind of real heart to go with its mirth, it possibly would be the MVP of television right now. Just sayin’.

But every time it approaches what would have been a tender moment, it has to pull the rug out from under us. I mean, that is what it’s going for, but I can’t help but wish for something more.

Galavant is one of the best shows on Netflix. And it has a broader appeal than pretty much anything you can find right now—meaning that there is a high probability that you fall into this show’s target demographic. So don’t waste time wondering if you will like it. It only has two seasons, and each of those has less than eleven episodes, and each episode is only 22 minutes long (though each one strangely feels like you’ve watched a full Disney movie afterward; this show really messes with your perception of time).

ABC chose not to renew Galavant for a third season. This happened back in May, but as recently as a few days ago, whisperings of a series revival started floating around. Netflix would be the perfect platform for it, though most rumors point to the prospect of a stage musical on Broadway to act as a de facto season 3.

Only time will tell what the future holds for Galavant.