Becoming a writer has been an eye opening experience for me, in many ways. I never appreciated all the work that went into writing a book until I actually did it. And I also didn’t realize just how possible it is for anyone to write a book, if they keep at it. These two lessons are, in some ways, at odds with each other, but they have been some of the biggest takeaways from all my efforts. 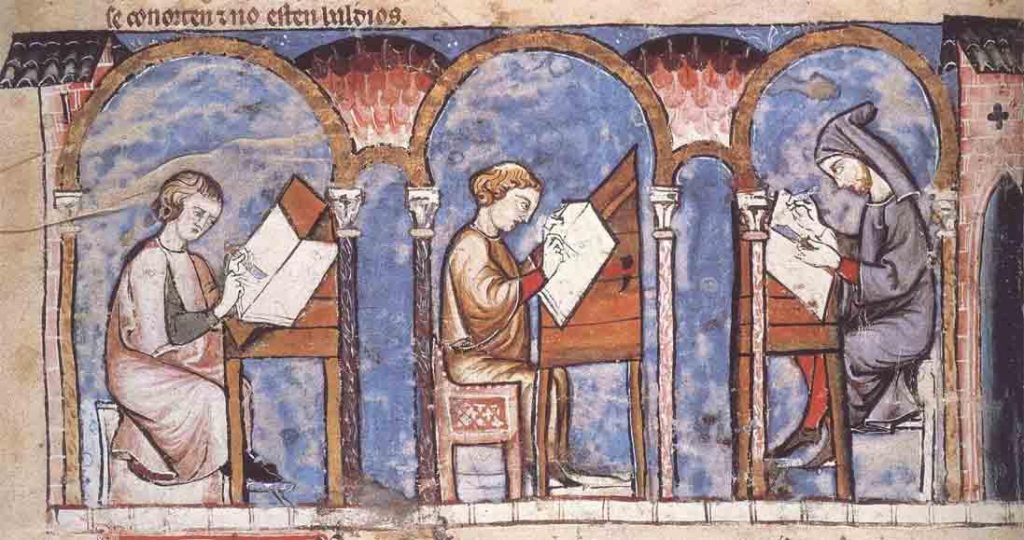 Though it was a lot harder back in the day

But while I have learned a great deal about writing from all this experience, I have been surprised by how much more I have learned about myself as a person. And this was particularly important to me because by this point in my life I had given up on finding myself. Everyone else seemed to have their act together, but years of trying hadn’t made me fit in any better than I was, so I decided to just set myself aside and do something fun, which meant writing.

So when I began meeting other people in the field, all at different points in their endeavors—some already published, some struggling to get noticed, and some who couldn’t even write down a  clear sentence—it was astonishing to discover just how comfortable I was around these people and in this arena. I discovered that I not only like writers but I like anyone who has an interest in writing, and I generally prefer their company over the company of people I have met in other ways.

I love writing conferences. I have an easy time talking to the kinds of people who gather there. I like following writers on Twitter. I like hearing about their process.

But there was this One Thing….

And this is where it gets really strange, because I discovered that the more successful the author, the less likely they were to even understand the question. Many of them reacted as if the question had been spoken in ancient Egyptian, or perhaps the babbles and squeals of baby language. The only response they could give was something very general and very brief, before they moved on to the next subject.

The question, as you may have already guessed, was this:

“Where do you get your ideas from?”

There are a lot of notable examples:

Where do I get my ideas from? I make them up. Out of my head.
NEIL GAIMAN#amwriting #writing 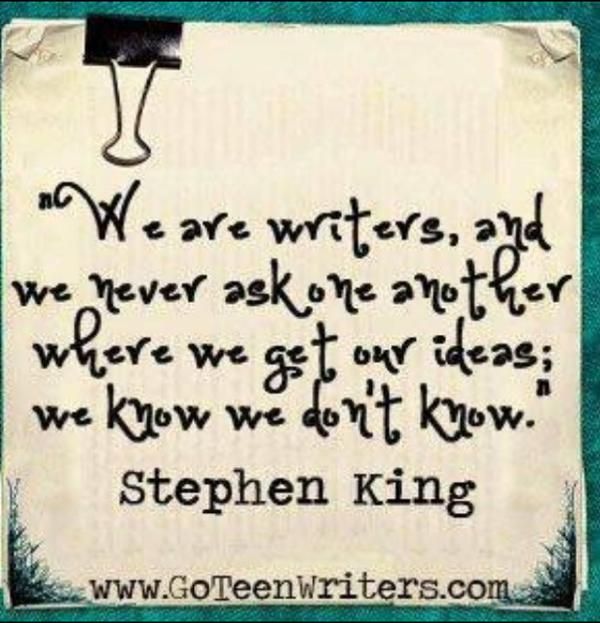 People ask me where I get my ideas. I always tell them, “Schenectady.” They look at me with confusion and I say, “Yeah, there’s this ‘idea service’ in Schenectady and every week like clockwork they send me a fresh six-pack of ideas for 25 bucks.” Every time I say that at a college lecture there’s always some schmuck who comes up to me and wants the address of the service.

A Nice Problem to Have

And, to be honest, this has been a great source of encouragement to me, because when I first heard people ask the question “Where do you get your ideas from?” I found myself just as befuddled as the famous authors they were asking for help.

I have never asked myself that question. For me, getting new ideas has never been the issue. The issue has always been “Okay, now how do I get someone to pay me for these ideas?” And, interestingly enough, this is a question that successful authors have a much better time answering.

So, knowing that I shared one thing in common with successful authors (the inability to fathom an absence of ideas), I was able to imagine that perhaps this meant I could be successful as well. I was in good company, it seemed.

But the matter is not closed, however, because the question of where authors get their ideas ties into a much hotter subject—one that has been debated for at least a century and is not going away any time soon. And this subject is also the crux of this blog, post, namely…

Yup, this is the most controversial subject in writing. That’s for sure.

A lot of writers, including some household names, insist that they exist. But there is a weighty contingent of best-sellers that will not hear of it. The list of opponents is practically endless:

And, of course, this guy:

Yet, despite their opposition, thousands of writers continue to assert that the block has been a problem for them.

And they have a point. If the writer treats his writing like a profession, does he have any excuse for not doing his job? Since there is no analogue for writer’s block within any other profession, can we even trust that it exists.

As I said above, I have never, in my entire life, been in a state where the ideas don’t come. If that’s what writer’s block is, then I am required to place myself squarely in the anti-block camp.

But, naturally, this is not the whole story.

These are all things that I think might contribute in some way to some forms of writer’s block. Have you ever tried to pin down a character’s motivations when you are clawing at the door of the mens’ room? It’s not the most effective use of your time.

However, even when all my physical needs are taken care of, I find that some problems can still persist.

Sometimes, when I am sitting at my desk, I will find that I have too many ideas, and I have my doubts as to which one is the best. And I only want the best. After all, I am a writer struggling to get his start in the world. Surely, I’m going to have to put forth my best foot if I am going to make it out there. And that thought is intimidating. It causes me to be careful. I weigh each word carefully, second guessing myself as I decide which one is the one that hits the reader like a dart in the chest. If this is what writer’s block is, then I am firmly rooted in the “writer’s block is real” camp. And I’m not sure I will ever escape it.

And so, as I try to understand writer’s block, I find myself back to the problem of looking for an analogue.

So who, aside from writers, gets their own block.

I think I know.

There is one occupation in this world where constant vacillation and reexamination are not only commonplace, but expected. It is an often-overlooked field of work, but perhaps the most vital in all of society.

I am talking, of course, about the occupation of “Juror”.

Juries get jury’s block, and for the same reason that writers get writer’s block.

In both cases, the primary function is to sit in judgment of someone or something, and there is a great deal of pressure to arrive at the “correct” solution. This pressure is much, much greater in the case of a jury, but it is of the same nature as the pressure faced by the writer.

Think about it: writers will piss away the hours, procrastinating the start of their writing session, because, on some level, they want to avoid the responsibility. And ordinary people will do almost anything to get out of jury duty. I believe these two impulses have the same root.

Writer’s block occurs because the writer is unsure of which choice will produce the best outcome. And, rather than taking a chance and making a mistake, he just stares at his screen, hopelessly ambivalent.

Jury’s block—which takes the form of lengthy deliberations and, in some cases, the non-outcome of a “hung jury”—occurs because the jurors are unsure of which choice will produce the best (think “just” and “equitable”) outcome. If the evidence is not clear cut either way, the jury will waste time arguing with itself. And rather than taking a chance and making a (potentially huge) mistake, they may just throw up their hands and get nothing done.

It may not be the best comparison, but I am starting to wonder if it is the only comparison possible.

The one thing I don’t want anyone to take away from this post is the idea that writer’s block is insurmountable, or that you should ever give up on the challenge and joy of writing. We’d all do well to remember the words of a magic dog: 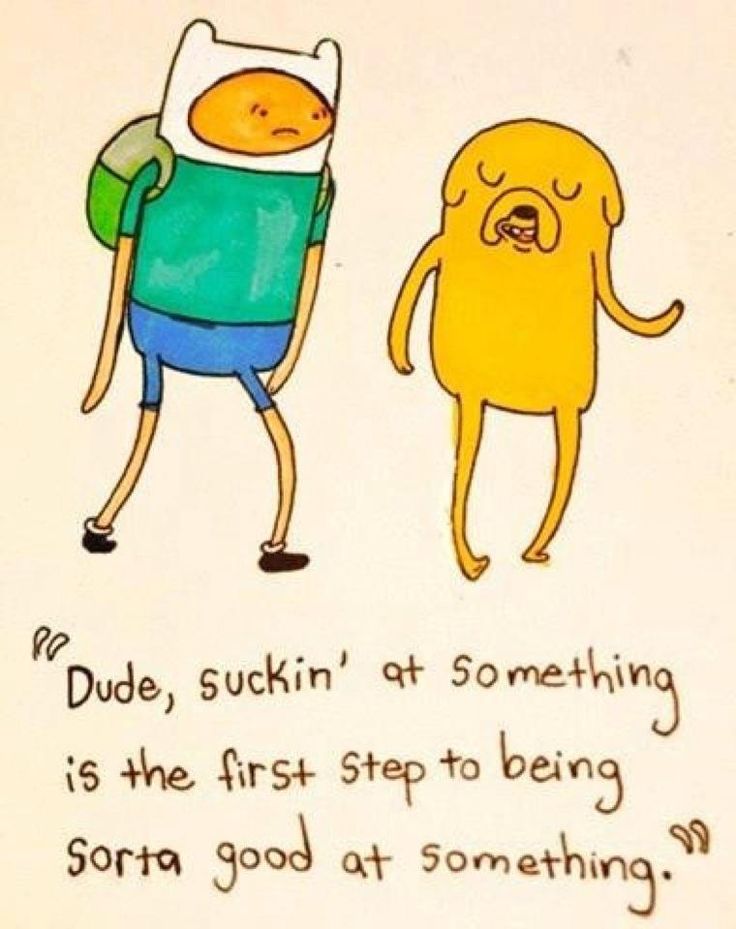 And writer’s block is a lot like that, I think.

But if I’m ever going to understand this subject in full. I need more data. What do you think about what I have presented here?

Do you suffer from writer’s block?
Do you think it’s something that will go away if you don’t acknowledge its existence?

Let me know in the comments.

[This week’s tagline: “Where people come…out of the fog.”]