The blog is back up.

Some readers might not even have realized it was down. It was, for about two days.

The reasons for this are complicated. After my last post, I tried to respond to a comment left in the comments section by my brother, John.

When I tried this, I got an error message:

Mr. Devil’s Advocate: “I had nothing to do with it. I swear.”

I wasn’t accusing you. Sometimes, text is just red. Deal with it.

Anyway. This same error message popped up no matter what I tried to do.

It popped up when I tried to delete a picture from the media folder.

It popped up when I tried to write a new post.

It popped up when I tried to edit posts.

And I could not figure out what the problem was. I’m an admin on this site, so I should have sufficient privileges to do pretty much everything. I tried going into the site’s back end and enabling read, write and execute privileges up the wazoo. I tried fiddling with WordPress options. I tried tinkering with the database to make it work. Nothing helped.

And then I did something really stupid.

Even Worse than I’m Making it Sound

I might have accidentally, on purpose, managed to delete my WordPress database. Yeah, not the smartest move I’ve ever made.

Worse still is that I had never made a backup of said database (I had backups of the file system on the server, sure, but not the database itself).

Worse still is that it didn’t fix the database. Even after wiping the site clean and reinstalling WordPress from scratch, I still got the same error message…whenever the site tried to run a PHP script.

The problem turned out to be the web host I was using. Either their version of Apache was on the fritz, or their version of PHP had a screw loose. And, seeing as how I wasn’t terribly happy with their product to begin with, I decided to switch to a new hosting company.

I did just the tiniest bit of research, deciding that I wanted my new hosting company to be more WordPress friendly. The result led me to SiteGround Hosting. 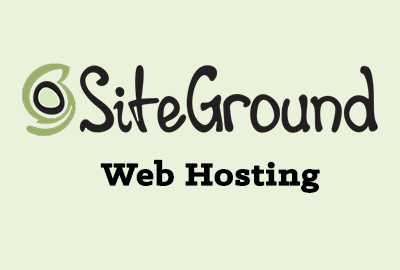 They specialize in WordPress sites, and a few hosting-service critics rated them highly. My verdict: so far, so good. Everything seems to be working, at least. I’ll stop just short of making an endorsement, since I’ve only known about them for two days. But if they continue to treat me how they’ve been treating me, I might just make their servers into the permanent home of talanhorne.com and Mr. Horne’s Book of Secrets.

But You Deleted Your Database. How are all Your Previous Posts still Here?

Ah, I was hoping you would ask that.

Almost my entire website was deleted, but through my mad writing skills and power of infallible recall, I managed to rebuild all of my blog posts from scratch.

Mr. DA: “You used a web caching service to copy-paste all your posts back into existence, didn’t you?”

Right you are, Mr. Devil’s Advocate. It was life-saving (and incredibly time-consuming). Through this method, I managed to resurrect all of my blog posts…except for a few which I didn’t think were worth saving. You all know the ones: I had a few placeholder posts telling you that my next article would be a day late, and once or twice I made a very short post that was just me apologizing for not posting frequently enough. Those placeholder posts were short enough (and so lacking in useful information) that I decided to just let them die.

All the Lives You Couldn’t Save

But there was one significant casualty in all this—one martyr who refused to live again.

That would be the site’s comments.

I was unable to recreate them. Oh, they still exist in the web cache, but WordPress only allows me to make comments under my own name, so I could not replicate any of the comments made by anyone else, and without those others, I saw no reason to bring my own comments back. So if you have commented on this site in the past, your remarks have been irretrievably lost.

I will do better in the future.

Thank you for all your support. If you have questions about reviving old blogs that have been lost, feel free to ask me anything. I might not have the answers you need, but I now have a little bit of experience in the subject.