When building a blog, you quickly come to realize that your chosen subject has many facets. 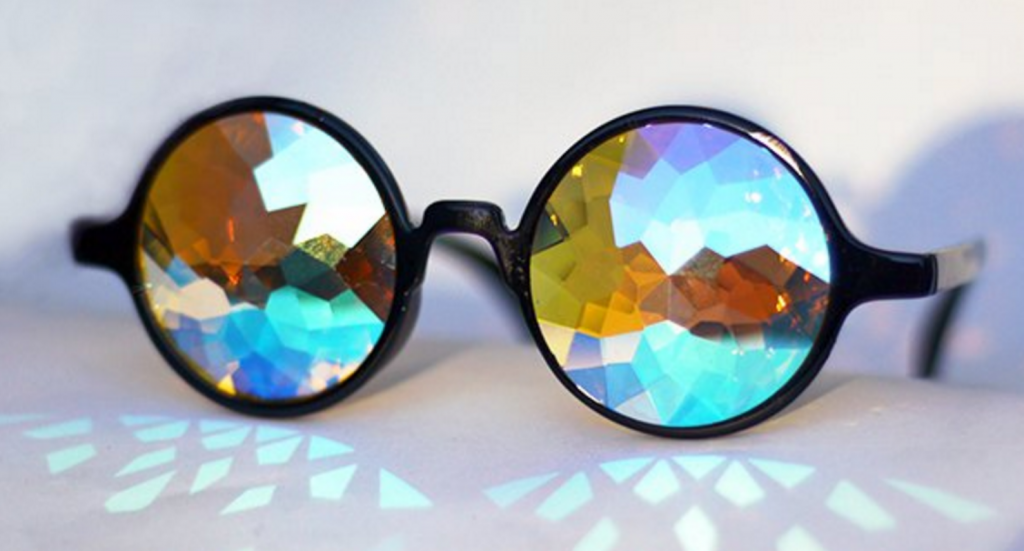 Some facets are big and paradigm-changing. Some facets are small but still pertinent because they provide the subject with precision and polish. Perhaps none of these facets, big or small, can be dismissed as “unimportant”.

And then you have facets like the one we will be discussing today—facets that are important not because they are particularly helpful or give you a better grasp of the subject. Rather, these facets are important because of how irrelevant they are. They provide contrast which gives a greater appreciation for the real soul of the subject, though their own merits are little more than superficial.

The central subject of this blog is writing, and this week’s facet…is penmanship. 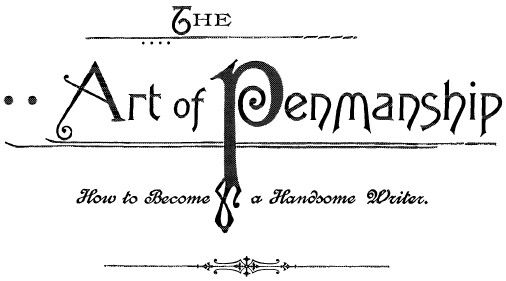 You’ll forgive me for asking a personal question, but do you remember grade school?

More importantly, do you remember what you hated most about grade school? 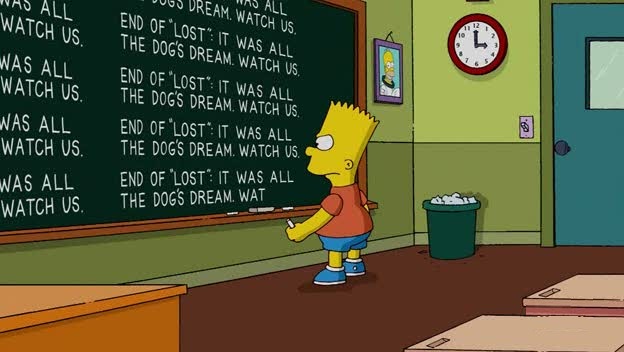 No, not that part. 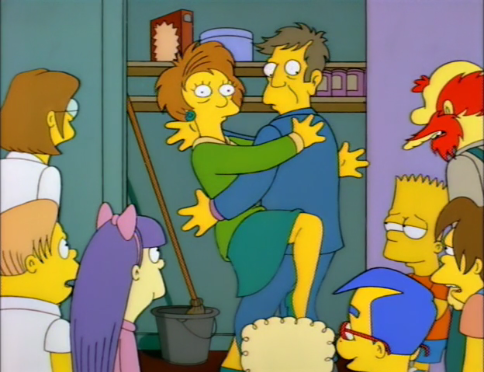 Okay, this is a total non-sequitur, but this actually did happen to me in elementary school. My kindergarten teacher was totally having an affair with the principal, and my parents had to explain to me why she wasn’t going to be my teacher anymore. That’s how I found out what adultery is. I am not joking.

Cursive! The answer is supposed to be cursive.

What do You Mean, You don’t Hate Cursive?

Okay, maybe you didn’t hate it at the time. Some kids like cursive because it’s easy. But I bet you don’t like it now, do you?

Of course you don’t. After all, how often do you use cursive? Every time you write a check?

Wait, you still write checks? What kind of steampunk world are you living in? 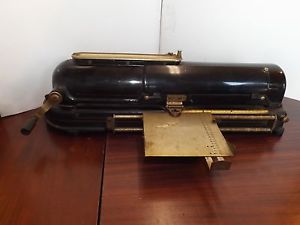 An actual Protectograph cheque processor built in 1916. No shiny brass goggles needed (though they couldn’t hurt).

The Death of Handwriting

And it comes as no surprise, really. Handwriting has been on its way out since the invention of the printing press, which was a good thing, especially for writers. Remember that the novel was not invented (at least in Europe) until the rise of the press made possible the mass-production of books. It would not be outrageous to claim that the rise of recreational reading was only made possible by the death of penmanship.

Mr. Devil’s Advocate: “I’ll be the judge of that.”

That Guy who won’t Leave the Party

Mr. DA: “I’m here to do my job. You know, objecting to all the absolutist statements you constantly spout. Isn’t that why you hired me?”

Right. That’s right. It’s just, well, you’ve been in a lot of the posts, recently.

And more and more you seem to be sneaking in where I don’t intend you to be. You even managed to get a cameo in my post on censorship. I have no idea how that happened.

I’m sure. But the point is that this is my blog. I would hope that I can get through a single post without your help. Do you…understand what I’m saying?

Mr. DA: “Well, that depends. Are you going to use this post to present your opinions as indisputable fact?”

Mr. DA: “And if you go through with this tirade, this proof by assertion, with no one giving voice to the opposition, won’t your readers stop taking you seriously?”

Mr. DA: “That’s right. You’d just be like every other wailing troll on the internet. Now, I can’t be in every blog post. I’ve got a monster of a client that needs my almost-constant attention. But you will need to provide some kind of counterpoint each time you make an outrageous statement. So, as long as I’m here, can’t you just take advantage of that fact.”

The Second Death of Handwriting

So, anyway, the novel was birthed from the long, slow death of penmanship. And this needs to be said because many novelists, over the years, have mistakenly advocated the use of handwriting. Naturally, their number has dwindled with the passing of time. But there are still plenty, even today, who insist that it is the only way of writing, and even take a kind of aristocratic glee from the idea. After all, William Shakespeare and Charles Dickens wrote everything by hand; therefore, to become a writer of similar caliber, one must write by hand.

As if Shakespeare and Dickens wouldn’t sell all they owned to get their hands on a word processor.

If handwriting is such a fantastic way to write a novel or a story, then why aren’t the books we buy handwritten? Why can’t we just make a photocopy of the author’s yellow legal pad, on which they wrote the book, and sell that to the masses?

Why do these authors, who advocate handwriting as the optimal mode of creating a story, give up on handwriting as soon as the second draft starts? If we believe Hemingway, when he said,

The first draft of anything is shit.

then shouldn’t we be suspicious of the fact that only the first drafts of these books are handwritten? By the time the book is edited and refined enough to become the hits of today, they are converted entirely into type. Every. Single. Time.

Handwriting is Not a Relevant Skill for the Writer 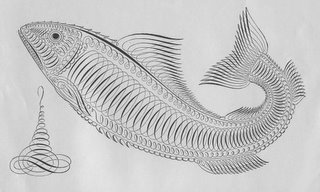 For the illustrator, perhaps, but not the writer.

Mr. DA: “Okay, okay, I see what you’re saying. But we’ve heard it all before. The anti-cursive movement has been around for a while. And nobody really uses handwriting in an official capacity anymore. But certainly, we should celebrate it for what it once was. It may no longer be a crucial tool for authors, but there’s no harm in waxing nostalgic about how it used to be done.”

That’s not what I’m saying.

You seem to be under the impression that, once upon a time, writers benefited from exercising good penmanship. My position contradicts that.

Mr. DA: “That’s ridiculous. Obviously, there must have been a time when good, clean handwriting was paramount to becoming a writer. Writers simply didn’t have any other option, back before the invention of the typewriter.”

Well, kind of. Granted, there was a time when typewriters and computers were not an option. But that does not mean those writers had no other options.

Here’s an oft-forgotten tidbit from history: even in the era before the printing press, almost no one did their own handwriting. Kings did not scribble those proclamations on which they affixed their seals. Bishops and popes did not put their own handwriting in the public eye. In fact, some of these important figures were entirely illiterate.

How on Earth did anything get written, then? 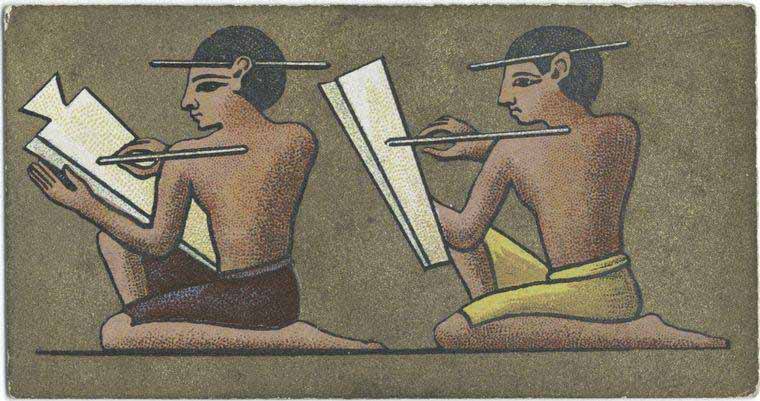 A scribe is someone who does your handwriting for you. And, back in the day, they were the most common way of getting things written. To put it simply, they were the typewriters to the ancients. Which is not to say that they were not important. Depending on the era, scribe work could be one of the most lucrative careers.

But make no mistake: scribes were not writers. They were employees of the writers. The writers spoke, the scribes took dictation. Or, in later eras, the writers wrote works in their crooked, ugly handwriting, and the scribes would adapt those into a polished manuscript with a pretty, flowing hand. The transcribed manuscript would be the one sent to the publishers or the printers. But the words still belonged to the writer, not the scribe.

In later eras, scribes were replaced by typists, who would turn the author’s handwritten pages into a typed manuscript. These people generally got paid by the page.

In all cases, the writers had no need of refined penmanship. They just needed to hire someone with that particular skill. And it was classified as skilled labor, much like blacksmithing or masonry or tailoring, until the advent of the word processor rendered that skill redundant.

Yet, somehow, the myth of the self-scribing writer has persisted in our public consciousness. Oh, it’s almost gone. Most people associate writers with laptops, but the archaists still insist that longhand writing, which naturally requires good penmanship, is sacrosanct.

But what about that One Thing….

Mr. DA: “Ah, but you are forgetting something.”

Here we go. Alright, tell me where I’m wrong.

Yes, and modern word processors have something called “source control”, which is just as effective but not as labor intensive.

Mr. DA: “But with handwritten pages, you can put notes in the margins and leave little comments for yourself to study later.”

Microsoft Word has a “comments” feature. It allows for an unlimited amount of notes to be put on a page.

Mr. DA: “Writing by hand forces the writer to be careful—to think about every word.”

Which is a great way to never finish anything you write. If you’re going to claim that staring at a yellow legal pad somehow brings greater inspiration than staring at a computer screen, then I’ll have to ask to see your data.

Mr. DA: “But what about…uh…um—aha! What about the author’s signature? You’ve got to admit, it’s gonna be hard to make one of those without handwriting.” 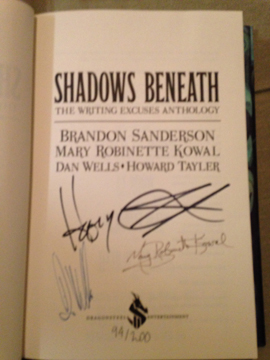 There are four signatures on the page. They belong to Brandon Sanderson, Mary Robinette Kowal, Dan Wells, and Howard Tayler. Would you be so kind as to tell me which signature belongs to which author?

And that’s not surprising. Because an author’s signature, or, indeed, any legal signature, is not supposed to be writing. It’s supposed to be an illustration—a stand-in for old signet seals used long ago. You recognize the signature not by the letters it contains (for, ideally, it should contain none) but by the overall shape and outline of the illustration.

Put simply, a writer’s signature is not an example of the writer’s writing.

I am grateful to have been born in a time when word processors exist. But even if I hadn’t been, I have good reason to believe that I could get by without a lot of penmanship skills. Having met a lot of successful writers, who almost unanimously commit their words to the page via a computer/printer, I’m going to have to protest the idea that writing out books longhand is beneficial at all, much less the preferred mode of writing.

If you disagree with this position, that’s fine. I would recommend that you make your opinion known in the comments section. But if you do, then remember this: your comment will appear in typewritten text.

[This week’s tagline: “Where people come…to hone their skills.”]