The passage of time means nothing to me now.

And there’s a good reason for that: this past Friday marked the launch of the Nintendo Switch, being the latest game-changing revolution to come out of the company.

And being a die-hard Nintendo fan, I had to get my hands on the new system right as it launched, and I have been so consumed by its offerings that I have neglected to do almost everything else with my life that I’m supposed to be doing.

But I couldn’t let my blog go by the wayside, as I’ve worked too hard to build this site up to let it start sliding into obscurity now.

So, in the spirit of killing two birds with one stone, I’m going to give my impressions of the system here on Mr. Horne’s Book of Secrets. Specifically, I am going to talk about three games, which at the time of this writing are all Switch-exclusive titles, which I have played. And if these can’t convince you to buy the system, then I guess nothing will. 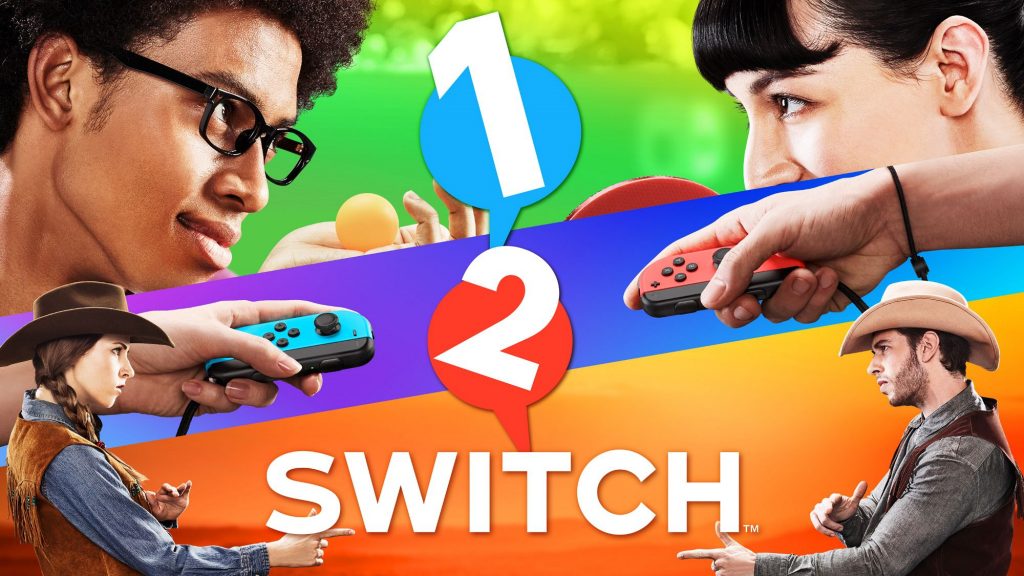 I downloaded this game right before showing off the Nintendo Switch to my family. Basically, it’s a collection of minigames designed to show off the technical aspects of the system.

And boy, does it deliver.

1-2 Switch is a party game, and the innovative conceit of the title is that the players face each other while playing, instead of looking at the video screen. This theme comes in dozens of different variations, with players fighting invisible sword battles, wizard battles, and even competitive yoga duels to gain dominance. 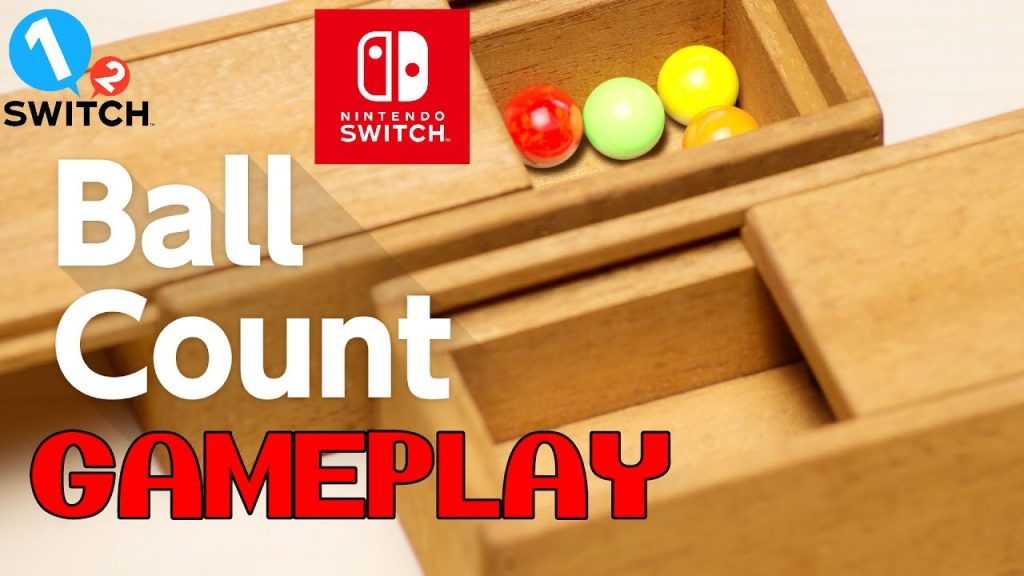 When it was first announced that the Switch would include haptic feedback as a feature, I knew it was going to be revolutionary.

Haptic feedback, in case you don’t know, is an exciting new technology that allows electronics to simulate textures, solidity, and viscosity, putting the “feel” of imaginary objects into the user’s hands.

Nintendo calls their haptic feedback technology the “HD Rumble”, in honor of the Rumble Pak accessory they originally produced for the old N64 hardware. But that’s where the similarities end. The Switch’s haptic system is the most extraordinary thing I’ve ever felt, and the perfect example of this is Ball Count.

A game of Ball Count begins with two players, each holding one of the Switch’s controllers (called “Joy-cons”). Each joy-con represents a hollow wooden box filled with an unknown quantity of marbles. The only way for the players to figure out how many marbles are in the box is by rolling the Joy-cons around in their hands.

And you actually feel the marbles rolling around inside the game controller, even though the marbles do not actually exist. It’s a surreal experience, and it proves that the Switch is not just another console.

Each round of the game has a different number of marbles, so players have to guess carefully, based on the feeling of the controllers, how many marbles are present.

I played this game with my family, and they were all blown away. 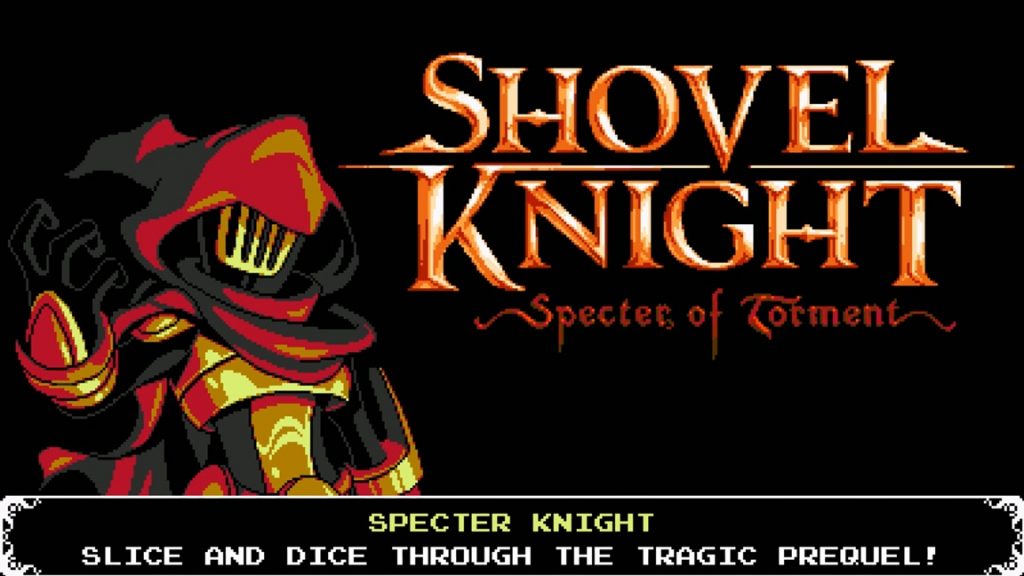 I was rather late to the Shovel Knight party. I only started playing the game after people all over the internet were calling it the greatest homage to classic gaming ever created.

Once I did dip my toes in the water, I was blown away by how stunning the game turned out to be. I appreciated the level of creativity that went into everything, and I was delighted to meet all the variously-themed knights encountered throughout the game: Plague Knight, Propeller Knight, Polar Knight, Tinker Knight.

But there was one knight who blew me away more than any of the others, and that was Specter Knight.

The moment I walked into his lair and he appeared in a swirl of tattered robes, I was like, “That one’s my absolute favorite.”

So when Yacht Club Games, the creators of Shovel Knight announced that Specter Knight was getting his own quest, I was over the moon. And after learning that this new expansion would be exclusive to the Switch for a full month, I knew I wouldn’t wait for it to come to other systems.

Shovel Knight: Specter of Torment is amazing. It builds on the Shovel Knight story, lending it new depth that enriches everything about the in-game universe. Specter Knight himself becomes a tragic figure, haunted by his own mistakes.

And, in the most shocking twist of all, his backstory is intertwined with that of the user-created characters in the game. As part of Shovel Knight’s original Kickstarter campaign, certain donors were given the right to create their own characters. These characters appeared in the original Shovel Knight as one-off boss enemies. But in Specter of Torment, their backgrounds are fleshed out and become part of the main story. It was something I was not expecting, and I was blown away by how well it worked.

The Legend of Zelda: Breath of the Wild

Of course, this one was a given. 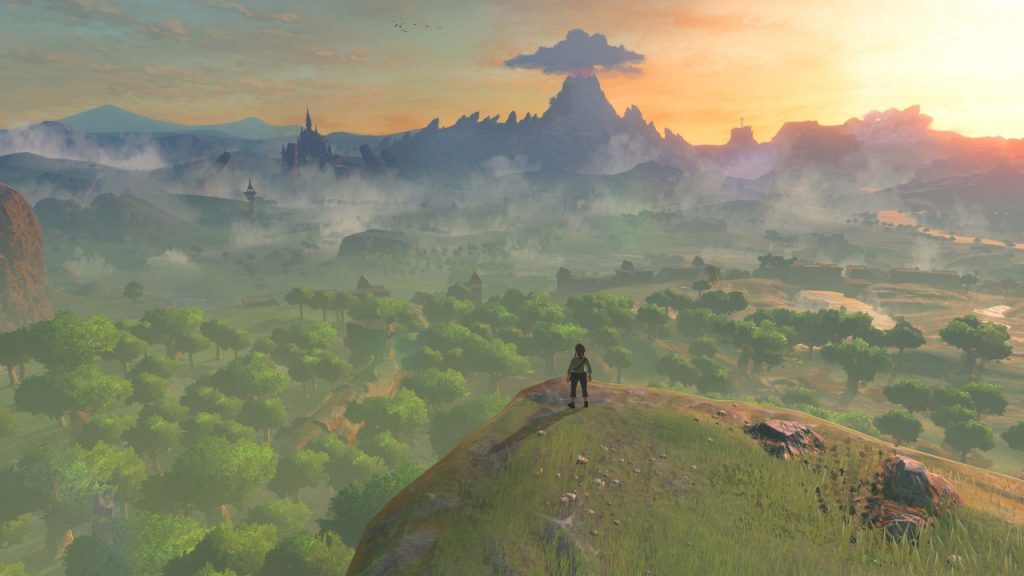 The latest Zelda title is nothing short of a monument. It is, without question, the largest game in the series, opening up the world of Hyrule into something the size of an actual world. All the handcuffs come off in this game. There are few, if any, barriers to keep the player from going wherever and doing whatever. If you can see it, you can go there.

And I don’t exaggerate when I say that no single player will ever see every inch of the game world. The landmass of this game is as least as big as, say, the State of Ohio. And there are little touches in every crack and crevice. There are always new things to explore. No one is ever going to find all of them.

That said, the game is also a fair deal shorter than past Zelda titles. The main quest only features four full dungeons (and more than a hundred mini-dungeons, called “shrines”, scattered throughout the landscape). The emphasis is on exploration, discovery, and side quests.

I’d tell you more about it, but I am not even close to finishing this game.

Sales-wise and innovation-wise, the Nintendo Switch may be the next Wii; or, more likely, it may be the system that makes the Wii look like a pathetic failure by comparison. The world has not even seen the beginning of what this system will offer, and nothing is ever going to be the same after this point.

Now isn’t that a lovely thought.