Welcome back to Mr. Horne’s Book of Secrets. We have prepared a fantastic post today that will appeal to all people of all demographics and will be incredibly useful to everyone who reads it.

Today’s subject is so important, in fact, that once again I have to call upon our good friend, Mr. Devil’s Advocate, to help me make it a success.

Mr. Devil’s Advocate: “It’s not like I had anything better to do. So what controversial subject are we tackling today? Adult Illiteracy? Designer drugs? Child enslavement? The dishonest practices of modern peanut butter companies?”

Nope. Today we will be exploring something a million times more interesting, with far reaching implications across all of human history, and whose mastery is pivotal to the art of writing.

Mr. DA: “Pronunciation symbols? You mean like those things in the dictionary?”

Those are the ones.

I know—there was just no way that I could handle this without you. But we’re finally hitting this subject, right when it’s a hot-button issue. This is so amazing. 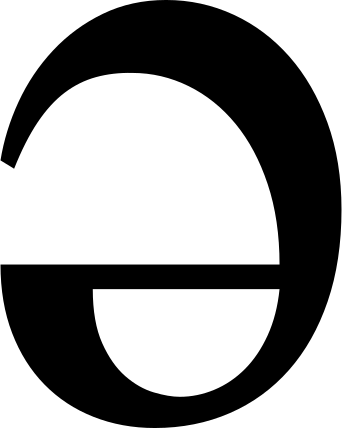 Mr. DA: “I didn’t feel any particular need to learn about it.”

Now, the Schwa, when pronounced, takes the form of an absolutely shapeless vowel. It hovers in the empty space between “a” and “u”, creating a neutral, unstressed syllable that can be substituted into almost any word, and often is.

The Schwa is so universal, in fact, that…

*Stares into the distance.*

Mr. DA: “So universal that it does what?”

*Stares into the distance.* 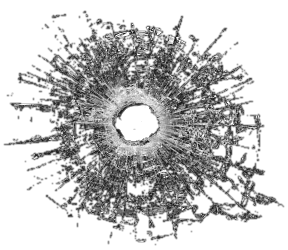 I TOLD YOU TO GET DOWN.

*Points at the hot air balloon drifting down from the sky.* 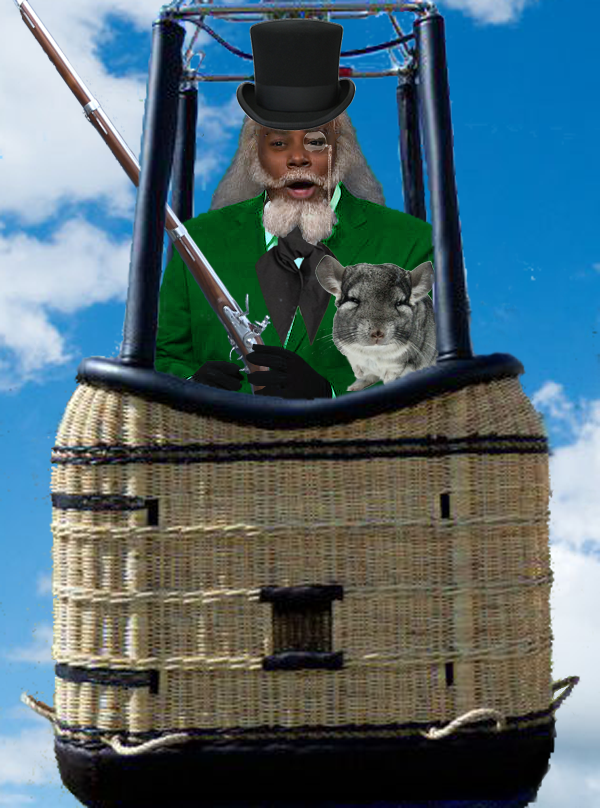 Dr. Heliogabalus: “That’s right, Mr. Horne. It is I, Horatio Heliogabalus, come to make good on my promise. PREPARE TO DIE.”

And we were having such a good time talking about pronunciation symbols.

Dr. H: “How do you like my 1795 Springfield flintlock musket? This beauty never misses its mark.”

Mr. DA: “Uh…didn’t it technically miss us only two seconds ago?”

Dr. H: “Don’t get too comfortable. It only takes me 20 minutes to reload.”

Mr. DA: “Well that gives us plenty of time to talk. Did you know about this, Mr. Horne?”

What? No! I was trying to have a nice post about writing, for once.

To be honest, I wasn’t expecting him to show up for another two or three weeks, maybe as part of the April Fool’s Day post.

Mr. DA: “Uh huh. Didn’t you tell me that we wouldn’t have to worry about him showing up and trying to kill anybody?”

In fairness to myself, I said we probably didn’t have to worry about that. “Probably” means it’s not a promise.

Mr. DA: “Well, as your only legal counsel, I could’ve used a heads up. There’s a certain amount of liability that comes with…HIT THE DIRT!” 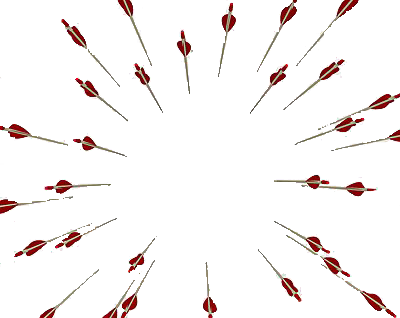 Dr. H: “PSYCH. I didn’t bother to reload the musket. My trusty medieval longbow is deadly enough to dispatch you.” 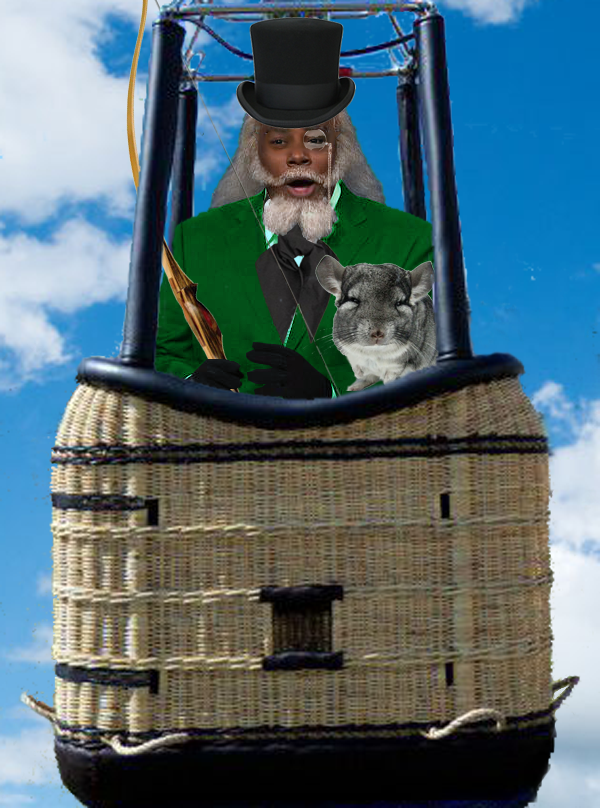 Mr. DA: “Why are all these weapons so antiquated?”

It’s a time traveling hot air balloon, remember? Dr. Heliogabalus has access to all kinds of weapons used throughout history. He truly is a master of many armaments.

Well, he prefers projectile weapons, so as long as we have something to hide behind, we should be fine.

Mr. DA: “Yeah, sure, as long as he doesn’t whip out a full-blown cannon. Which brings me to my next question….” 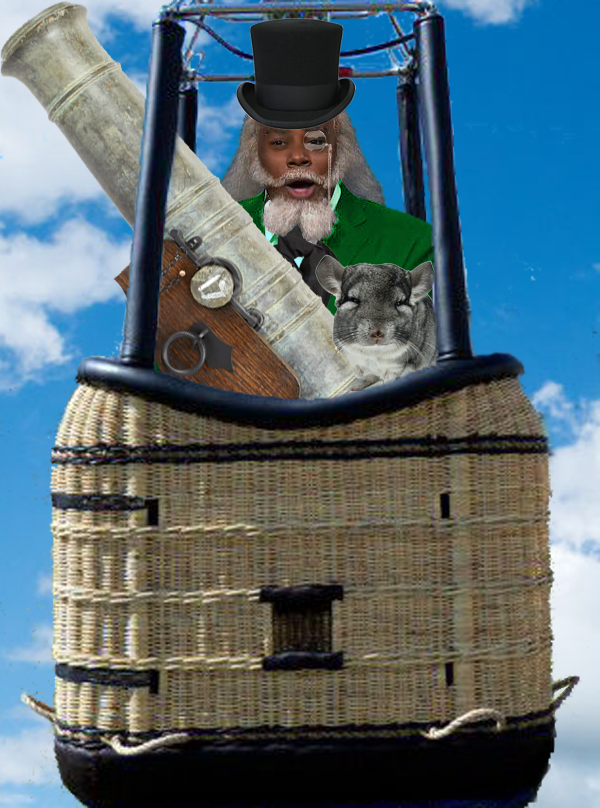 Mr. DA: “And of course he has an actual cannon.”

We’re gonna have to dodge that. 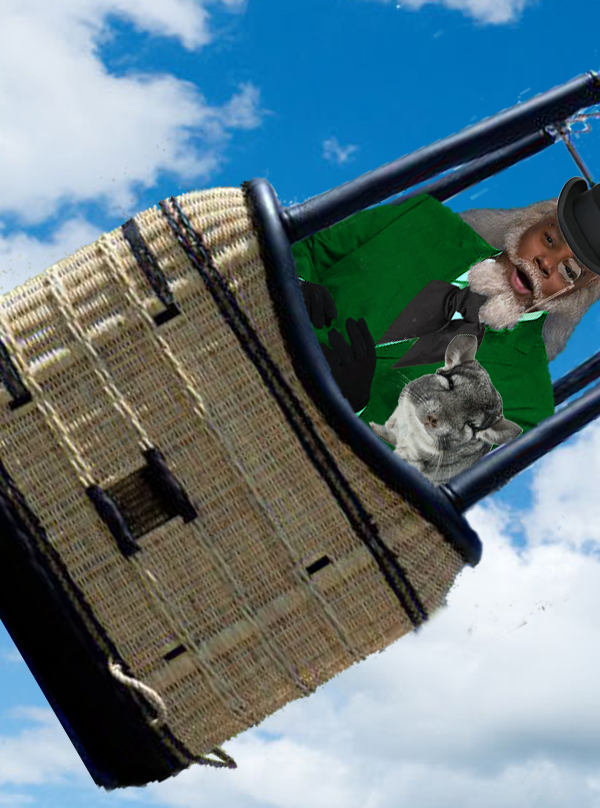 Dr. H: “That blast had too much recoil. I should never have installed a cannon in a hot air balloon basket.”

Mr. DA: “Are hot air balloons supposed to go sideways like that?”

Not if they want to stay under warranty. So long, Dr. Heliogabalus.

Dr. H: “You haven’t seen the last of me. I’ll be back, and when that happens you’ll wish my cannon had killed you.”

Dr. H: “And don’t forget to make a donation to PBS. They bring quality programming to the masses.” *The balloon rocks and twists off course into the distance.*

*Sigh* Well, at least that’s over.

Don’t We Get an Explanation?

Mr. DA: “So a strange man (putting it lightly) has just tried to kill you for no apparent reason at all. Aren’t you going to tell us why?”

Oh, I don’t think it’s that important, in the grand scheme of things.

The site has seen worse.

Mr. DA: “And, once again, he mentioned PBS. Just what is going on here?”

But not right now.

Sorry, but, as you pointed out, I’ve just gone through a harrowing experience. I have to take time to collect my thoughts…and get this arrow out of my thigh.

Mr. DA: “Aren’t you going to tell us anything?”

Next week. There will be time then, and I’ll be mostly recovered.

I won’t let you down, and this time it is a promise.

Next week, you will learn everything. 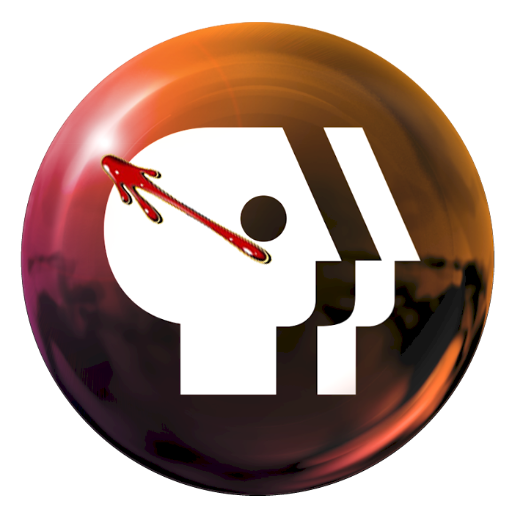 One thought on “A Guide to Pronunciation Symbols”