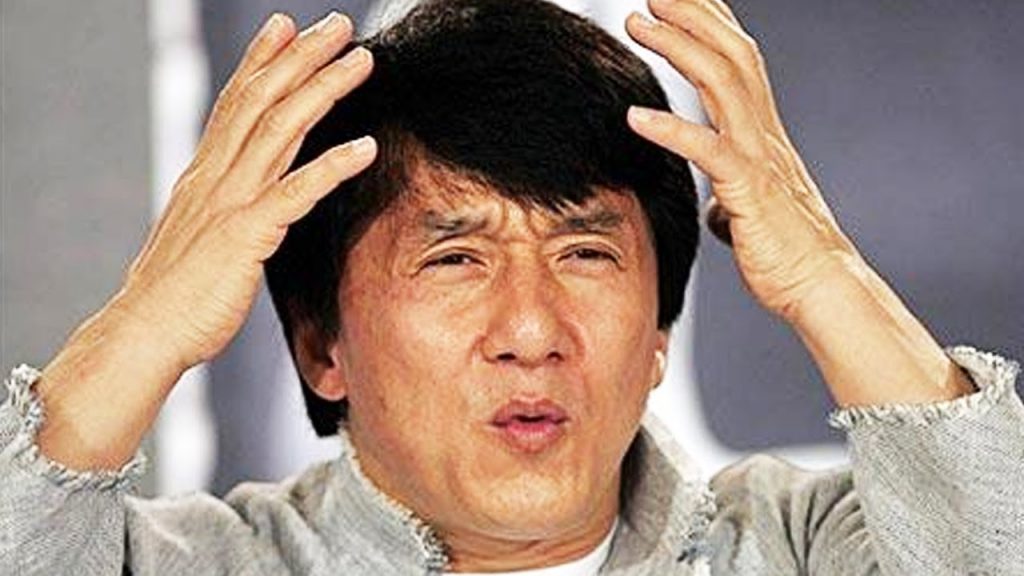 “You’re telling me this NOW?”

At best, a motivational speech will inspire—making it seem like nothing is impossible and your whole life is going to be grand—for 15 minutes, after which you go back to work and find out nothing has changed. You’re still just as inept as ever.

At worst, a motivational speech will make everything look scarier and harder, and, terrified, you’ll give up your dreams right then and there.

Where the Problem Lies

Consider the following snippets, so often typical of motivational speeches:

“Don’t you doubt yourself, because you can make it in this business.”

“I see in you the potential to be one of the greats.”

“I wish I could show you how amazing your future is going to be. All I can do, for now, is ask you to believe in it.”

Why don’t they just drop a piano on you? It would have the same effect. 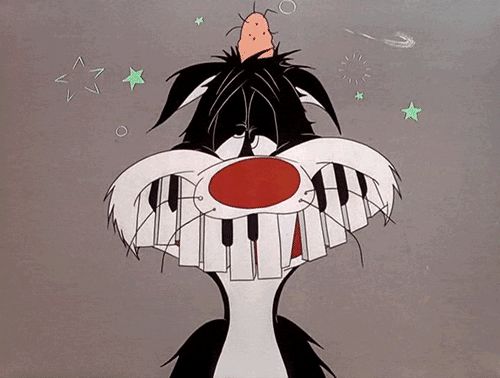 Because you feel bad enough already, without someone putting all that pressure on you, insinuating that you should be performing at a higher level and are wasting your potential. Don’t they know that telling people how great they’re going to be someday only makes it that much more obvious how badly they are doing right now?

Motivational speeches are cyanide for morale, and too many people fall prey to them every year. Think of all the truly successful people you’ve ever known. How many of them have credited a motivational speech as a contributor to their success? And I mean real people, not characters in books or movies or broadcast radio dramas. Think of the real entrepreneurs, the acclaimed artists and innovators that share this planet with you. That success was not built on some flowery flattery marketed as motivation.

That said, I understand that motivational speeches are made with the best of intentions, and the more I think about it, the more I wonder if there isn’t a way to fix the method and turn it into something useful.

Why a Solution is Needed

We have allowed motivational speeches to exist because there is a genuine need to help people who’ve lost their ambition.

These are our friends, our coworkers, our neighbors, and even our close family. We see their low self esteem. We see how much they doubt their own talent, and we want to stop that. We wonder what we could say to them, what magical combination of words would shake them out of their funk and lift their spirits. This is not a bad idea, really. People believe the opinions of others, even when they doubt their own confidence. A kind word has real power to dispel doubt.

But pressuring them with promises of glory is not the right way to do this.

So, as with every problem, I feel the need to stick my nose into it. The underlying idea of motivational speeches comes from a good place. I want to bring out that goodness. But doing so requires us to flip the prevailing wisdom surrounding the subject on its head.

After a little work, I’ve come up with something. Read on, if you need some motivating.

The Last Motivational Speech the World will ever Need

You are a fraud.

You are not who you pretend to be. You aren’t good at what you’re doing. You really shouldn’t be in this business to begin with. You lack qualifications. The people who trusted you with this responsibility, who gave you your shot at the big time, and who are depending on you to deliver the goods, made the wrong call. They don’t know just how incapable you are.

And they never will, because you have them all fooled.

Because you are a fraud. You are history’s greatest con artist. Somehow, you have managed to trick everyone into thinking that you deserve these honors, that you’ve earned their respect, that you are talented, brilliant, and extraordinary.

They’ll never catch on (you’re much too clever for that). You’ll keep churning out your flawed, unworthy results that will never hold up against the real Greats of the field, and the world will just keep applauding. They don’t understand how much of a disappointment you are, and they wouldn’t, even if you told them the truth, even if you admitted how mediocre you are, they would just think you’re being modest, and then they would admire you even more.

You’re not going to shatter their illusion, so why not let it keep going? They want to believe you’re amazing. It helps them deal with their own problems. Don’t feel guilty about it. You have a lot to feel guilty about, of course, but you’re going to get away with it, so why not celebrate this? Throw yourself a party because you have duped everyone.

Except, you will be found out, one day. Not any time in the next hundred years, certainly. But down the road—in ten generations or so—someone will do a bit of digging, put all the pieces together, and figure out the truth, and then this future generation, hundreds of years after you are dead, will understand that you didn’t deserve any of it, that you were faking it the whole time.

But they won’t be angry. 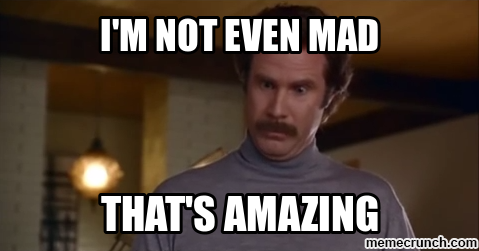 On the contrary: they will be blown away by how cunning you were. They will celebrate your deception in song and story, as the folk hero who took on the stuffed shirts of your field and made them all look like fools. You are their Robin Hood, their Han Solo, their Bonnie and their Clyde.

They will make movies about you. They will cast A-list actors to portray your underdog story where you broke all the rules and came out on top. And they won’t bother trying to portray you as some paragon. Rather, they will celebrate your mistakes. They will use your own lack of talent as a way of making you a relatable character for the audience to sympathize with. They will not hate you for being the hack that you are. In the end, that is what will make them love you and build memorials to your honor.

You are a fraud. You are not great. But you don’t have to be, because people aren’t smart enough to tell the difference, because they keep looking in the wrong places for your sins (and this requires no effort on your part). When you meet someone who doesn’t like your stuff, who doesn’t think you’re the real deal, it’s not because they can see through your deception; it’s because they’re spinning a deception of their own. Because they are also pretenders, and spouting contrarian opinions is their way of fooling people into thinking that they are smart. It’s nothing personal. They’re in the same business you are. If they are really on to you, they may give you a secret nod in passing, acknowledging that, despite what they say publicly, they respect the enormity of the con you’re pulling off.

So don’t be discouraged. Don’t worry about whether you’re good enough. You’re not good enough. But this thing you’re doing is working. You are getting away with it, right now, in front of all these people. The only one who knows how badly you’re faking it is yourself, and you’ve got that person half convinced as well. You have every reason to believe you’re going to pull this off. Don’t stop now. You’re almost there!

And what a ride it is going to be.

If I’ve inspired you with this post, then I am happy, and there is no need to thank me.

Although…it would be nice if you could somehow, in your last will and testament, convince the future generations to get an A-list actor to play me, also, in the future movie of your life. And if my character just happens to be the one that gives your character the motivational speech they need to pull through and win the third act, that would be fantastic.

In the meantime, if you need me, I’ll be living in a van down by the river. 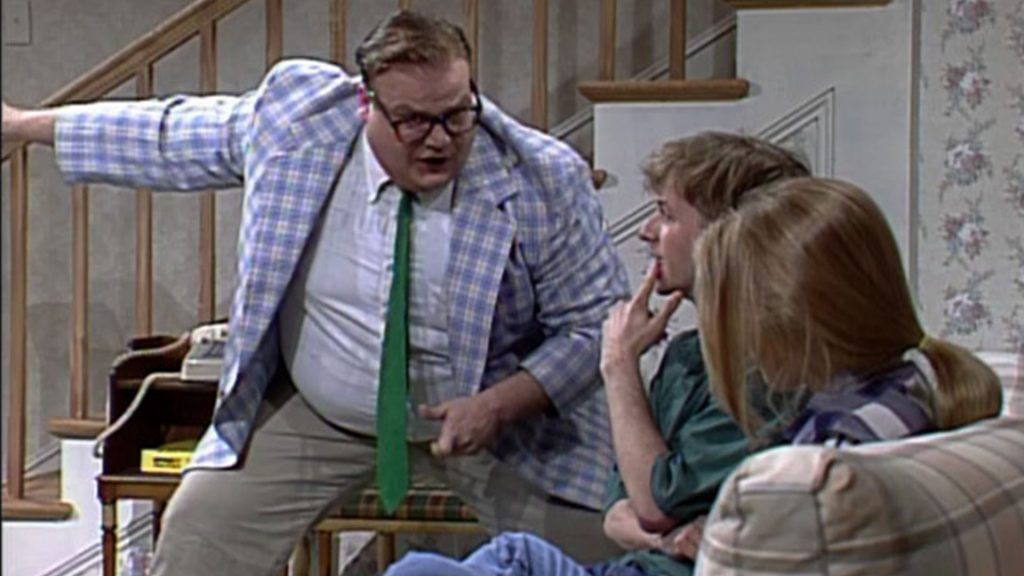