Beloved, yes. Creative, yes. The favorite of some people, certainly. But never “popular”.

And that is a shame. 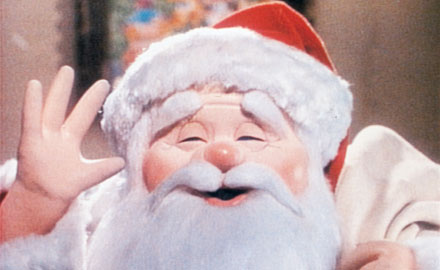 “Why don’t people love me?”

The only obvious exception to this trend are the Rankin-Bass Christmas specials of yesteryear, and even their popularity is confined to a single month.

And without the backing of popular opinion, stop motion animation, as an art form, has languished. Confined to the odd Ray Harryhausen monster movie or Aardman short film, the limits of of the medium had been ostensibly reached. The whole thing fit neatly into its little glass box.

Progress was made, of course. The aforementioned Aardman expanded the medium. The Nightmare Before Christmas turned a few heads. Stop motion gradually gained a reputation as an experimental tool—a sandbox for artists to innovate in. But that whole universe was locked up in a veneer of schmultz. Stop motion films were supposed to be harmless, so they were. They made great strides in visual technique, but didn’t change the overall art of storytelling. The kinds of stories these films told could have been presented just as well with traditional animation, computer animation, or even live action. 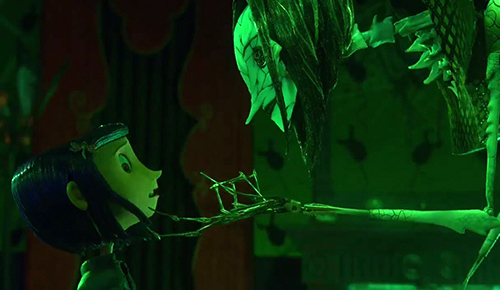 Something of an enclave of stop motion devotees, Laika began embarking on projects that were not at all suitable for this art form, and were therefore the perfect way to revolutionize it. Their first feature film, an adaptation of Neil Gaiman’s Coraline, dropped all the right jaws and put both stop motion animation, as well as Laika itself, on the map.

And while the visuals of their films were certainly a turning point for the medium, the real strength of Laika’s productions came from the narratives and characters portrayed by those visuals. Put another way: they were telling the kinds of stories that would never have been portrayed this way, even a decade previous. There was a depth and a darkness there that was made more poignant by the blend of reality and animation, and that synergy was something we had never seen before. Not in The Nightmare Before Christmas or James and the Giant Peach, which, despite a Halloweenish facade or Roald Dahl source material, were really just quirky comedies. And it goes without saying that Rankin-Bass never tried anything so dark. 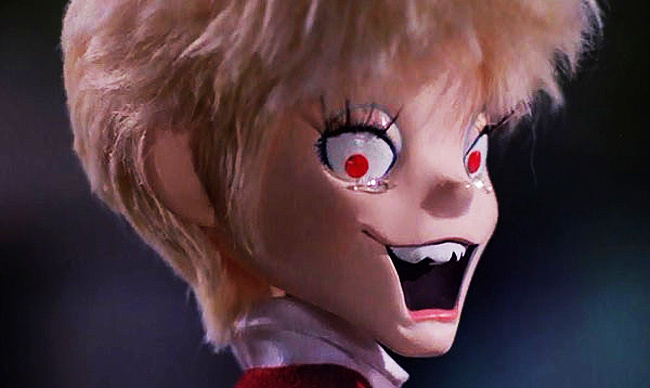 Well, except that one time.

By breaking stop motion animation out the box it had been in, Laika, you could say, did the medium a tremendous favor.

But you could also say that all Laika did was put it in a bigger box—Laika’s box. We all knew what a stop motion film was supposed to look like before the studio came along. And we still know what one is supposed to look like, now that they’re here. That look has changed, yes. But it is still deterministically defined.

Nowhere was this more apparent than in Laika’s third offering, The Boxtrolls. 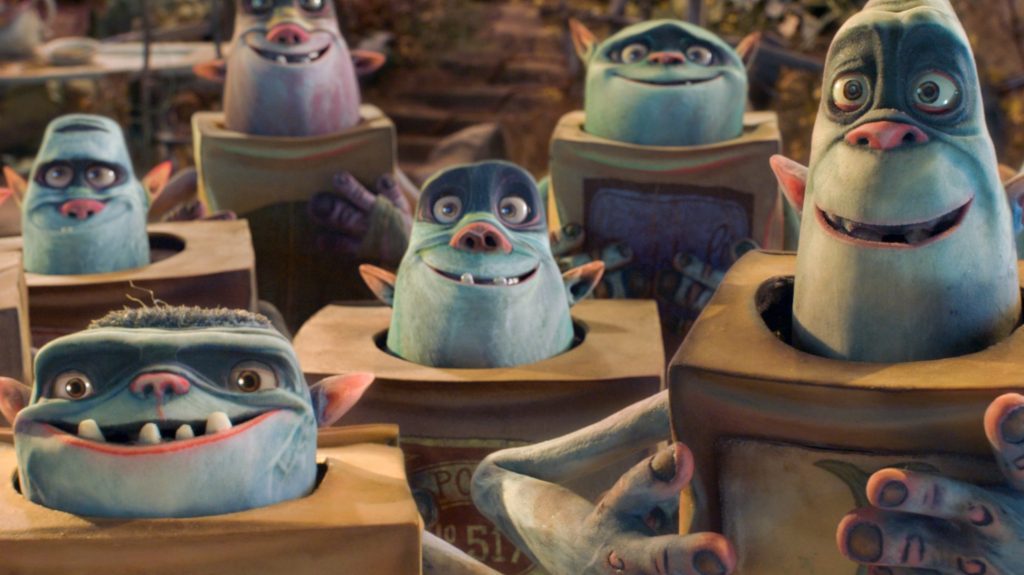 For those of you who don’t remember my Boxtrolls review, I will reiterate that this was a gorgeously appointed film, with a level of detail previously unseen in any medium, and I stand by that statement. But the story was more than one step backward for Laika. The Boxtrolls gave us, in its plot, its characters, and its overall thrust, something safe—something we have seen before, and that had been done better many times by many other stories. For a moment, it looked like stop motion animation had ended up exactly where it had started.

And then Laika smashed its own box.

Kubo and the Two Strings

This is how we got Kubo and the Two Strings. The opulent setwork of The Boxtrolls ate up so much of the studio’s resources and attention that they forgot to put any depth in the story. Kubo corrects this by scaling back the fine detail of its visuals, opting for a more streamlined, stylized design rather than the Rococo hyperrealism of The Boxtrolls. This frees Kubo to attempt something more revolutionary with its storytelling. 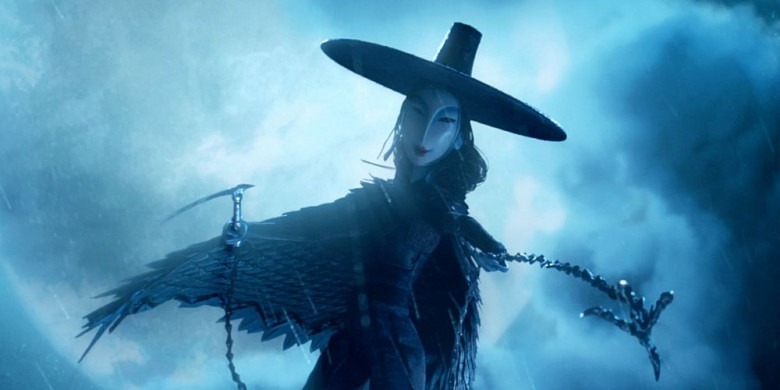 And boy did it pay off. Kubo may have been snubbed for the “Best Animated Picture” Oscar (and you would lose too if you were going up against Zootopia), but it is without a doubt the greatest advancement in stop motion animation to date. It may be the first great work to come out of the art form, elevating it from a sideshow to the main attraction. And this victory is due more to the story, and to the boldness of the writers and directors, than any advancement in stop motion visuals (though Kubo certainly has some of those, as well).

Kubo and the Two Strings features a story that is completely original (albeit inspired by a number of Japanese legends) featuring an epic hero’s journey with fierce action choreography, terrifying villains, magic, mystery, wrapped around a core of warmth and heart. 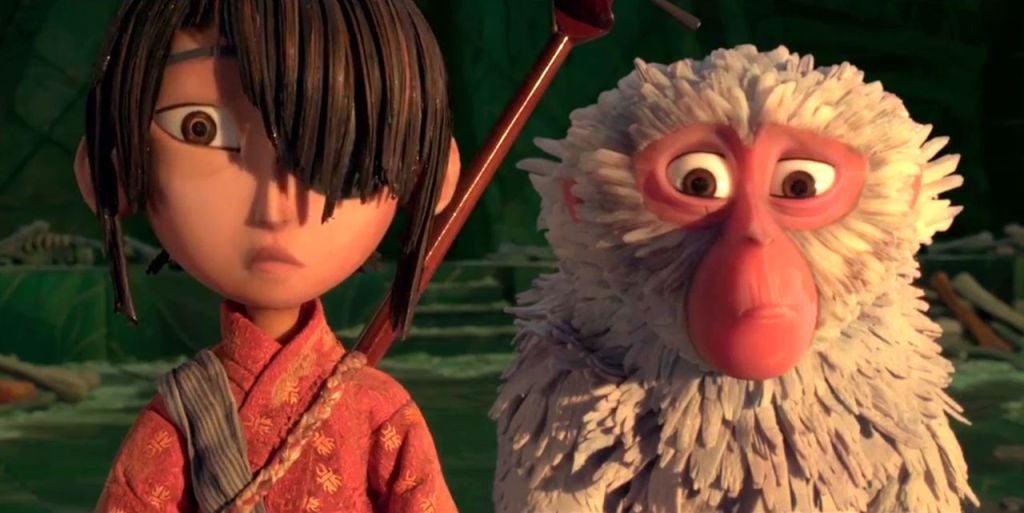 The title character is a young boy living in feudal Japan with his mother, and she is entirely catatonic during daylight hours due to a serious head trauma from years ago. Kubo is forced to wear an eyepatch due to the fact that his left eye is missing—stolen by his grandfather, the Moon King, shortly after Kubo’s birth.

The Moon King, being a powerful cosmic being who is grossly apathetic to humanity, will stop at nothing to steal Kubo’s remaining eye, and, as such, Kubo’s mother forbids him to be outside their home at night. A prohibition which he of course breaks, setting the plot of the film in motion.

Once his location is discovered, Kubo is hunted by the two other daughters of the Moon King—his aunts, who eerily call out to him from the mist before attacking. Separated from his mother, he will have to venture out on his own to recover the three pieces of armor that can vanquish the Moon King and save his homeland. It seems like a daunting task, but Kubo, being of cosmic lineage, has a few powers of his own. And he is not journeying alone. He finds friendship in a monkey doll that was brought to life by his mother’s magic, as well as a strange beetle man who claims to have known his father.

Together, they will face ancient traps and terrible monsters (including the largest stop motion figure ever created) on their quest to collect the armor, while lingering questions about Kubo’s past still wait to be answered. 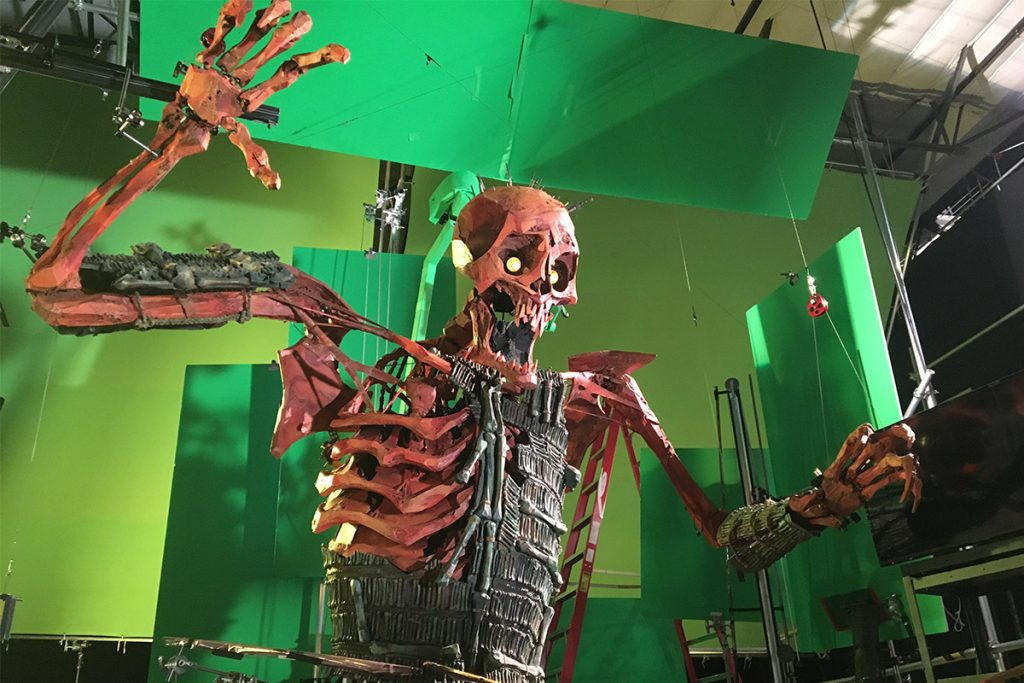 Stop motion animation is harrowing work. It always has been. But for Kubo and the Two Strings a lot of stops were pulled out. As I said before, much of the agonizing attention to detail that was present in The Boxtrolls was left out in Kubo, in favor of a more stylized, illustration-esque approach. But that is not to say that Kubo made no improvements on the art form in its production. This film required feats of engineering and stop motion puppetry unlike anything that has ever come before, from the bristling of Monkey’s fur to the ripple and flow of the bad guys’ cloaks, the level of artistic finesse is astounding.

But then, this is par for the course for Laika Studios.

They did cheat, as they had in The Boxtrolls, in scenes with crowds, opting to have real figures in the foreground and mostly computer animated figures in the background. But I view this in the same way that I view the computer animated visuals in Jurassic Park, which have held up remarkably over the decades, precisely because they mingled practical effects with CGI.

The most touted innovation of the film was, once again, the largest stop motion figure to ever be created, who comes in the form of a giant skeleton with a forest of swords sticking out of its head. This could have been so easily handled with CGI, or with editing tricks to fake the size of the creature, but Laika instead chose to make the whole thing real—actually present in the scene with the normal-sized hero characters. The overall effect is pleasing, to say the least.

Kubo and the Two Strings is not like anything you’ve ever gotten—not from Laika or from anyone else. There are some pacing issues, and the ultimate plot twists will probably be apparent long before the big reveal, but there can be no denying that this is an epic fantasy story, with many of the same elements that made your favorite fantasy literature so beloved.

It is an evolution for stop motion animation, and is a must-see for any fan of the medium. It will also be appreciated by anyone who enjoys tales of grand adventure with magical heroes and highly intimidating villains. The same darkness and depth that was used by Coraline to bring this kind of animation into the horror genre is here used to bring it into the epic adventure genre. This movie has a little something for everyone, and the characters are well balanced between seriousness and humor.

Certain parts may be too scary for particularly young children, which makes Netflix the perfect platform for it, being pausable, stoppable, and fast-forwardable according to the needs and maturity of the audience. And you can watch it right now for no additional cost on the platform.

Give it a spin, if I’ve managed to entice you.