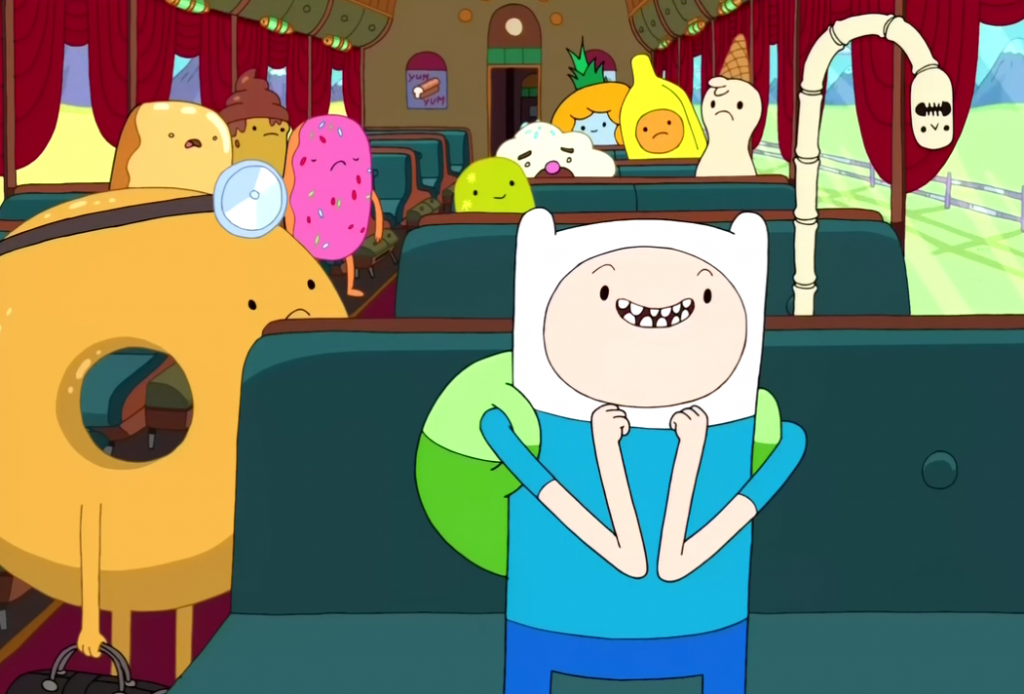 This is Silver Streak.

I selected this movie due to the fact that I had never seen it before, and the fact that I was terribly humbled by Gene Wilder’s passing and have been wanting to familiarize myself with more of his work since that time.

I was already aware, of course, of the roles for which he was best remembered. There are precisely four indispensable Gene Wilder movies, and they are not to be missed under any circumstances.

Surely, I don’t need to remind you of any of them. But for reference sake, I will list them here, in order of their importance. 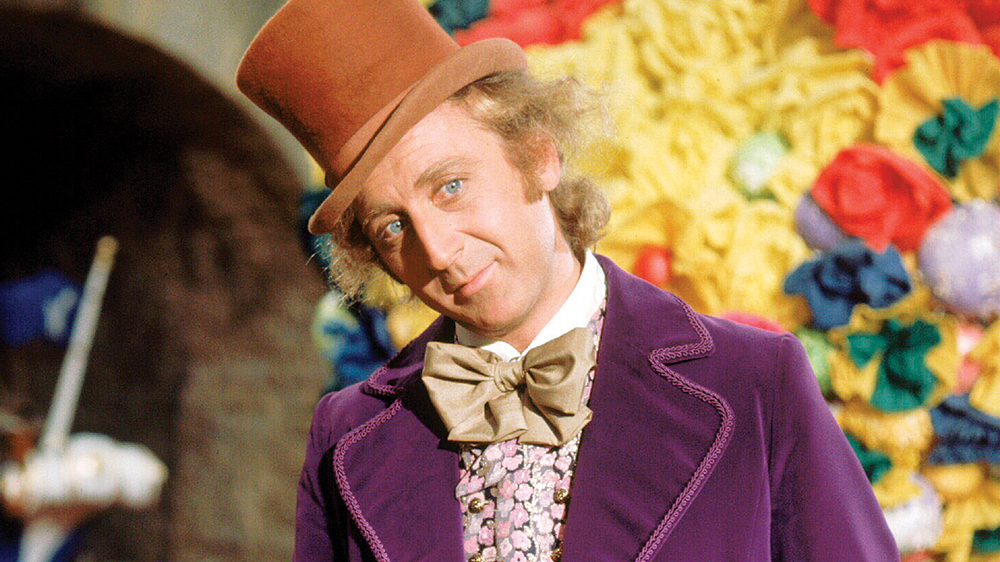 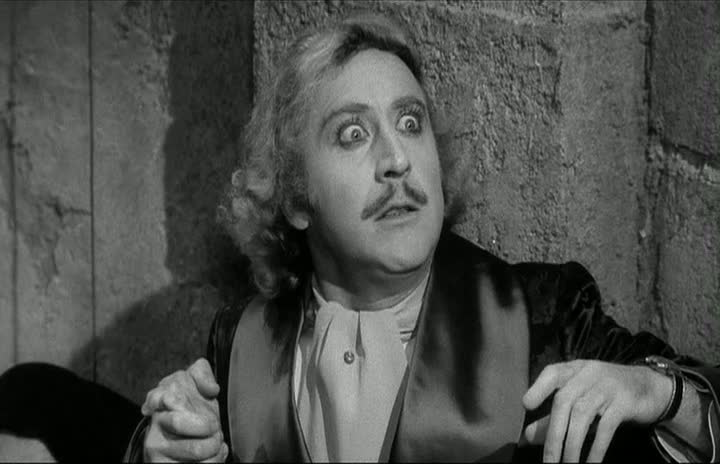 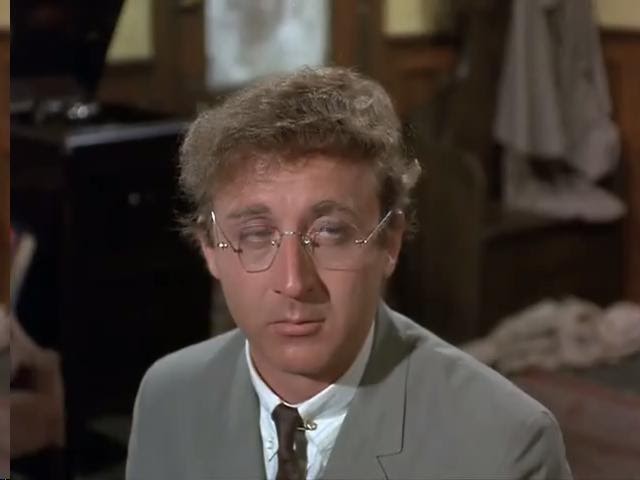 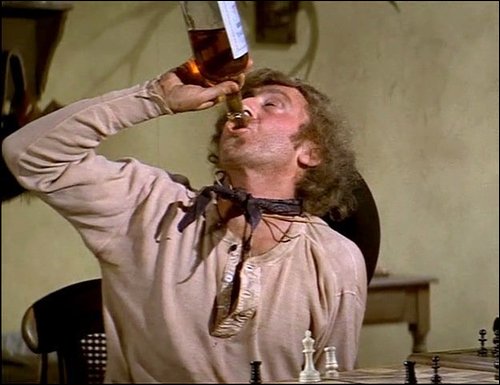 Such a terrific talent he had. I was sorry to see him go. Seeing him bring characters to life helped me in creating my own, and I make it no secret that he was the inspiration behind one of the characters in my current project.

But, truth be told, not every one of his endeavors was worthy of immortality, and that is where we find ourselves with Silver Streak.

Silver Streak is advertised as an “action/comedy”, but that’s more of an afterthought than a goal the filmmakers were going for.

Honestly, the film can’t decide what it is trying to be. It has elements of a murder mystery, a Hitchcock-style thriller, and a disaster movie, but if fails to commit to any one of these enough to distinguish itself. The one thing I wouldn’t call it is a comedy. Some light moments are injected into the script, but these are no more than a well-balanced action flick ought to have, as a way of relieving the tension.

The film is a B-movie and it knows it. It doesn’t attempt anything revolutionary, and it seems comfortable with being a forgettable popcorn flick.

That said, it does contain one or two moments—scenes which stand out against the mediocrity of the rest of the effort. For that reason, Silver Streak cannot be ignored.

What Gene Wilder Brings to this Movie 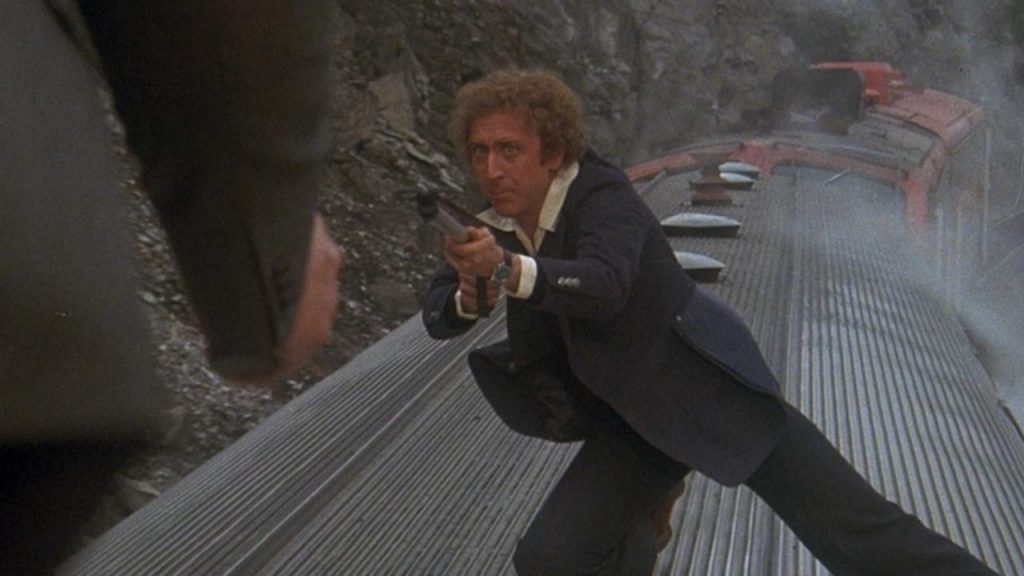 Gene Wilder knows how to do anger.

It’s one of his most extraordinary traits. Every time he plays an angry character, you get the impression of someone who is legitimately incensed. It can’t escape you that this is not an act, even though the performance is over the top it is also strangely true to life. Remember when Willy Wonka snaps at Charlie at the end of that movie? That scene was unrehearsed. Wilder gave specific instructions that the child actor playing Charlie not know that he was going to make such an outburst, so that when Charlie teared up, it would be real. That’s some amazing acting.

So yes, Wilder gets angry in this movie, in one scene, where a police officer who wrongfully believes him to be a murderer, tries pulling a gun on him. It is the most brilliant part of Silver Streak, and if there was a way to surgically remove just that one scene and put it into a better movie, I would completely support such an effort.

What Richard Pryor Brings to this Movie 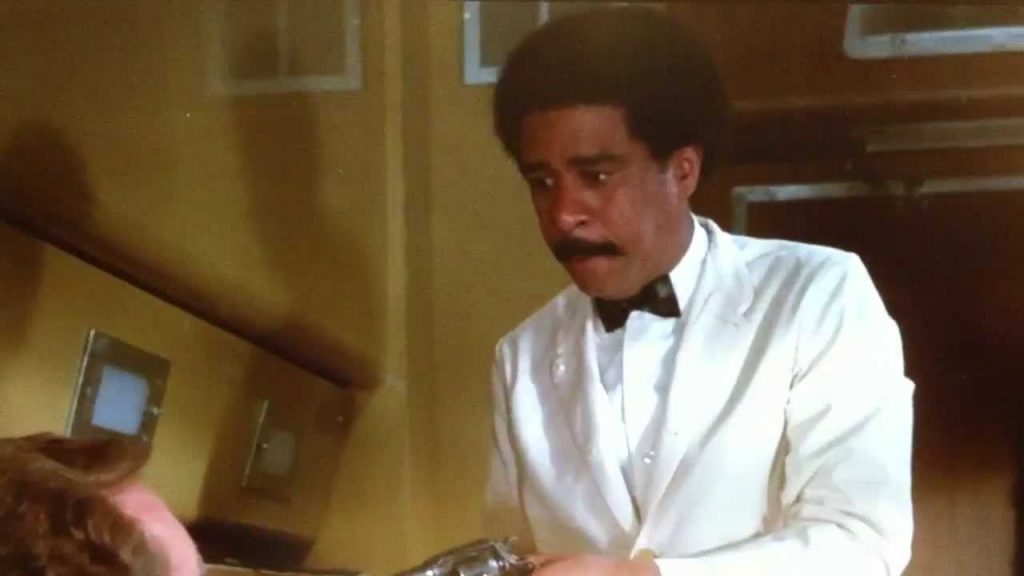 One of the things Silver Streak tries to be is a buddy action movie. The only problem with that attempt is that the buddies don’t even meet until after the movie’s halfway point.

Richard Pryor’s character is apparently the only person in this movie who thinks it should be a comedy. He’s brings a levelheaded humanness to the overdramatized atmosphere that actually makes the movie start to feel just a little bit fun. But by the time he shows up, the movie has already slogged through an hour of dastardly art dealers committing murder on a train and missing all 10,000 opportunities to make fun of that fact. Pryor’s less serious, more windblown style is a welcome relief, but it is too little, too late, and can’t redeem what has come before, making it a wasted effort.

However, his role here is not without historical significance, as Silver Streak is often cited as the first instance of including a black character as a secondary hero. This movie was the inception of the white-guy/black-guy buddy adventure that would inspire such future (and better) films as Die Hard and Lethal Weapon, and this trend would eventually open the door to black actors filling leading roles in action movies. 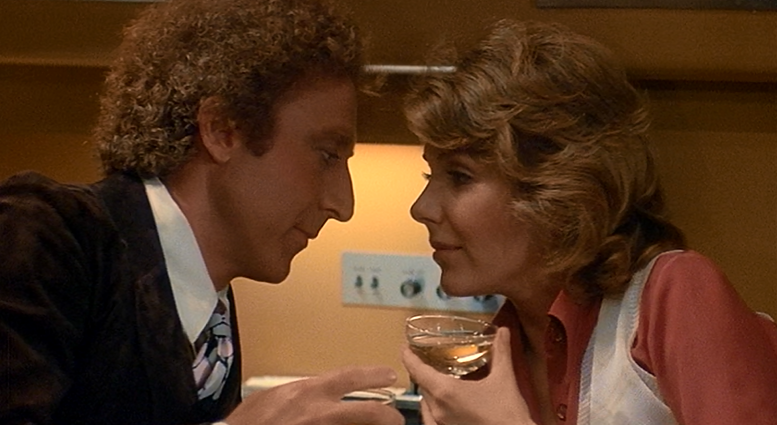 Unfortunately, there is absolutely no chemistry between Gene Wilder’s character and the love interest that the movie foists upon him. I wouldn’t even mention it in this review except that so much of this movie’s first half (the part that should have had Pryor’s character there from the beginning) is dedicated to this dry, utterly untender tryst with a flavorless damsel in distress.

What a wasted opportunity.

I wish I didn’t have to bring it up. But I’m afraid it’s unavoidable. So let’s just get it over with.

One of the most well-known scenes in this movie is the one where Richard Pryor’s character needs to sneak Gene Wilder past some federal agents and comes up with the idea to cover Wilder’s face with shoepolish so that he can approximate the appearance of a black man and thus avoid the agents who are looking for him.

And the movie tries to hang a lantern on it. It tries to use the scene as an opportunity to criticize the use of blackface as an idiotic farce that won’t fool anyone. But it just doesn’t work.

It’s not my place to call this scene offensive. I am the wrong person to make such a call, and I will not assume such authority unto myself. But I can say that it was poorly conceived, not funny, and completely unnecessary. And the viewer should probably be aware of it before they start watching this movie.

You’ll notice that I didn’t carve out a section for the movie’s story in this review. Honestly, there isn’t much of a story to criticize. There are bad guys committing murder and trying to get money. There’s a hero trying to save a woman he barely knows. Trains are involved. It’s a classic action film setup. And it’s just not that interesting.

I can’t hate this movie completely, or write it off, because even in this unpolished attempt at a movie Gene Wilder’s performance shines through. His dialogue, at least, is well written, and he always comes across as sincere. And, as I said above, he is given one great moment worthy of remembrance.

I recommend Silver Streak to fans of Mr. Wilder, and to students studying this film’s place in history, and probably to no one else.

You can find it on Netflix, if you are so inclined.