The more I study John Carpenter’s work, the more I realize that he may be one of the most tragically underappreciated artists in cinema. And in 1981 he gave us a gem of a movie called Escape from New York, a movie I did not discover until I discovered Netflix. 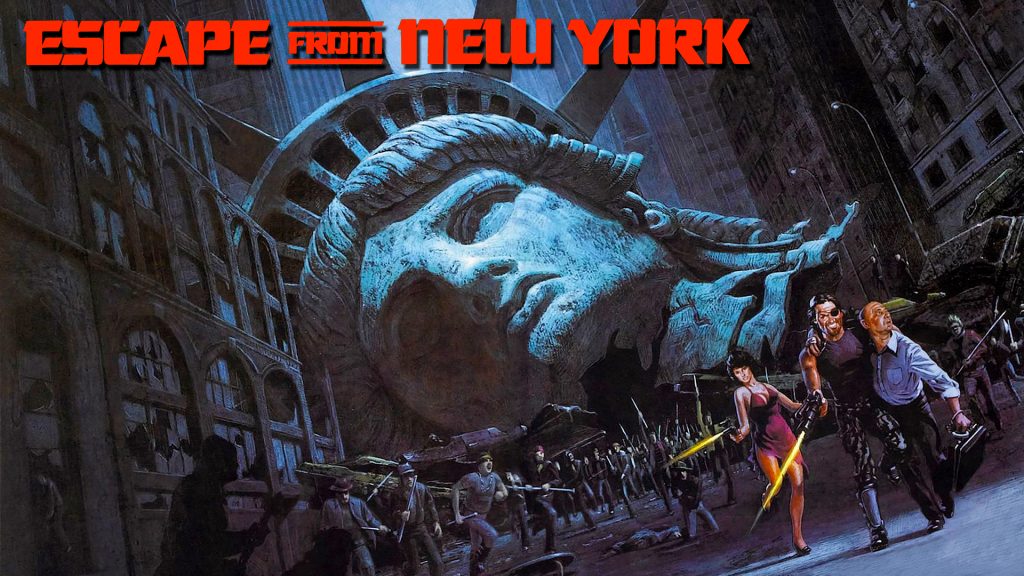 What’s so great about it? Let’s find out together.

This movie is rated R. But it was given that R-rating in an era when the PG-13 rating did not exist. That said, if this movie were to be rated again by today’s standards, it would still receive an R, for the following reasons:

Keep in mind that I said this movie contains too much blood, and that I did not say that it contains too much violence. The most violent actions in this story all occur offscreen, after which the viewer will sometimes be shown a shot of the victim in a pool of their own blood, but the action that brought them to such a fate is only implied.

That said, there is nothing in Escape from New York that would shock or revolt modern audiences. There is no nudity, violent torture, or exploitation of women or children. In fact, there is no sex, at all, in this film.

So what does this movie have?

This Movie has Nothing, and I could Not Be Happier

Any serious and objective evaluation of Escape to New York must come to a single unavoidable conclusion: when judged by the typical metrics that apply to most movies (and even most stories), this film fails every single one of them. Don’t believe me? Let’s go through them, one by one:

With so many strikes against it, Escape from New York must be a real dud, right?

Because even though this movie has a lot of shortcomings, it excels in the one arena that eludes so many other films. Somehow, by sacrificing the quality of all other aspects, Escape from New York maximizes its focus on the most important aspect of all—the one which (it can be argued) is the only one that matters.

This movie gets its iconography done right.

Flying on One Wing 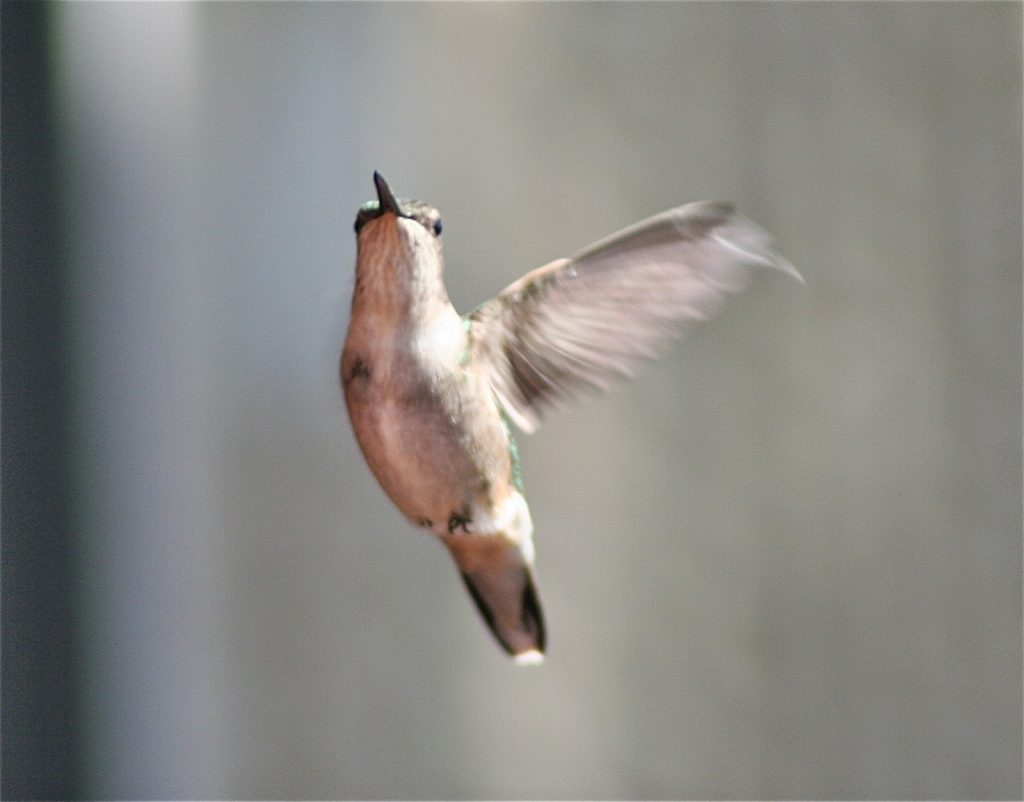 Can iconography really carry a whole movie? That’s the question Escape from New York poses, and I have to say that it answers that question with a resolute “Absolutely!”

But what do I mean when I say iconography? Am I talking about the elaborate set design? The portrayal of New York City as a maximum security prison? The deathmatch scene in the middle of the movie? The chandelier headlights on the primary villain’s car? 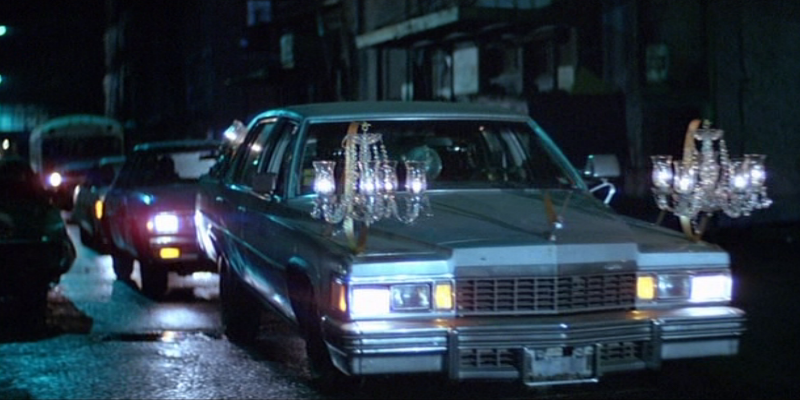 Well, yes. Those are all essential parts of the film’s iconography, and they cannot go unmentioned. But those are also the most obvious parts. And this movie is not content to just give us iconic images. On a much deeper level, Escape from New York delivers icons of presentation and icons of character.

What am I talking about?

Let’s start with the most obvious example: our main character, Snake Plissken, as played by Kurt Russell. 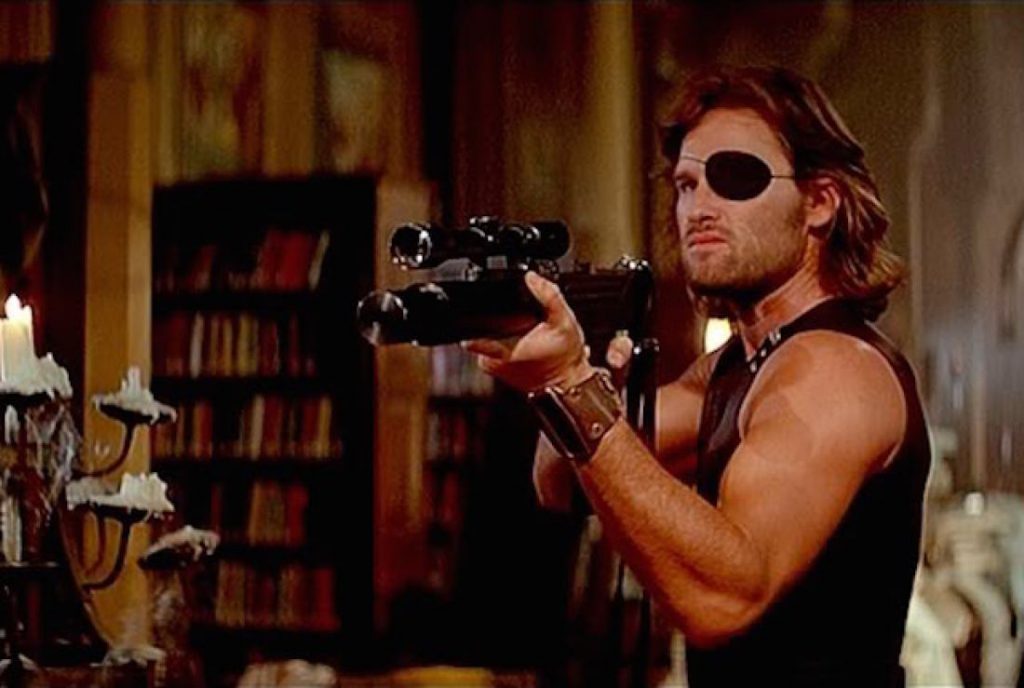 Snake, as portrayed in this movie, is an action icon. So much so that the generations of action heroes that followed this movie have all tried, in one way or another, to be him. But they are pale imitations, walking shadows, and poor players who are not worthy of his mantle.

As stated above, he delivers very few lines across the entire runtime, and none of those lines are meant in any way to endear himself to the audience. He does not “pet the dog”, which, in the parlance of writers means that he is not a nice person, and the audience is never tempted to think of him as a hero.

But, at the same time, he does not fit into the mold of the traditional villain or even the traditional antihero. He’s just someone who finds himself to be stronger than the indifferent universe around him. And he is strong—that comes across in every moment where he does not speak. The way he carries himself says it all. He is constantly surrounded by an aura of danger. He doesn’t answer to anyone because that would be so obviously ridiculous. And the viewer is aware of that at exactly the same moment that the characters in the movie are. That is a powerful portrayal, and it likely speaks to Mr. Russell’s ability as an actor (though I have to concede that Mr. Carpenter’s direction may have provided a big part of that).

And the same goes, though to a lesser extent, with the other characters. The villain of the film, affectatiously known only as “the Duke,” is a shallow character who is iconic in his execution as an organized crime boss who never allows himself to show weakness. Maggie, who has even fewer lines than Snake, is a highly concentrated version of her archetype, as the put-upon, opportunistic woman who is just trying to stay alive in this monstrous city, and who has genuine feelings for one of her fellow prisoners.

The overall effect of the film is one without a lot of water, as if all the fluff and contrivances of modern films was boiled away, carefully so as not to burn any of the meat. And while Escape from New York is a short movie, it is one that makes every moment count. No scene is wasted.

But, as is so often the case, iconography is hard to define and harder to execute. I cannot tell you all the reasons why everything about this movie is iconic. You’ll have to either take my word for it, or watch the film yourself.

So let’s dive into what is usually the most important part of a movie: the story.

The first thing I noticed about this movie is that the opening credits are deceptively minimalistic. There’s only a black screen and white words for several minutes. It’s the kind of thing that can quickly spoil the mood of almost any film. But not this one, because the first act is a whirlwind of tension.

The beginning of the story has some uncomfortable callbacks to 9/11, which is kind of amazing when you consider that this movie was released 20 years before 9/11. In summary, terrorists have taken over Air Force One and are intending to crash land it into the heart of New York City. This is made stranger by the fact that New York City is no longer a city, but an immense maximum security prison surrounded by an unscalable wall. Inside, there are no guards or cells or discipline. The city has become a place where the scum of humanity are dropped off and left to their own devices.

One such man is Snake Plissken, an ex-Special-Forces operator who made a name for himself during World War III. He arrives at the city to begin his life sentence right as Air Force One makes its suicide dive. Luckily, the President of the United States was evacuated in an escape pod before everyone else was killed. But now he is inside the lawless city, held hostage by its residents, and the authorities cannot set foot inside those walls if they want to get him out alive.

The president is also carrying a highly important audio tape that could prevent another war with the communist nations of the world. That tape must be recovered before the global leadership summit ends in 22 hours. If Snake can recover both the president and the audio tape, his sentence will be entirely commuted and he will walk away with his freedom. If not, then an explosive that the authorities placed in his body will kill him when time runs out.

With such high stakes and so little time, Snake gets drawn from one untenable situation to another, as nonstop action and suspense chase him through the mad and mixed up world of New York City.

Escape from New York is a paragon of a movie. If you have never seen it, then you lack the context by which to judge all action movies that have ever followed it, and you likely aren’t getting the most out of the movies being released even in this day and year.

It is a bit too intense for children under 10. But I would not hesitate to recommend it to any adult, as well as the more mature teenagers in the world. And at its most violent it is still never gratuitous.

It can be watched for no additional charge on Netflix, and would be a good movie for large or small groups, as well. Take the time to watch it, if I’ve persuaded you even a little.