You should have seen this one coming. 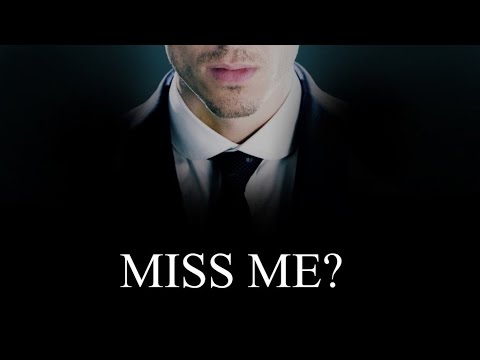 In case you can’t deduce the subject of this review, today we are tackling series 4 of Sherlock, the BBC adaptation of Sir Arthur Conan Doyle’s detective stories that has taken the world by storm.

Has this latest installment lived up to the legacy of the show, or does it disrespect all that has come before it? You decide!

Ha ha, just kidding: I’ll decide. I am the one writing this review, after all.

One thing I consistently have done, as part of my Netflixing miniseries, is sing the praises of Netflix as a platform and evangelize it to whoever will lend an ear. I am sick and tired of Broadcast Television. And the more I examine the subject, the more I see the cracks, the obsolescences of the medium. Why did we ever put up with it for so long? It is a mystery Sherlock Holmes himself probably could not solve.

That said, I cannot ignore the biggest flaw that Netflix, as a platform, exhibits in its current incarnation. And that is the delayed release of new episodes.

Because a ton of shows want to get a piece of that Netflix money. It’s such a seductive fruit. Fewer and fewer TV series find themselves able to stay away.

But they still want to have it both ways. Change is terrifying—as terrifying as it is lucrative, and most shows are still under the delusion that Broadcast Television is the place to find legitimacy, even as the dying behemoth demands more and more of them. So they keep one foot on land while the other is at sea. The end is inevitable, but there are still those who put all their energy into delaying it.

As such, there is almost always a delay between the initial release of seasons on television and the time when they land on Netflix.

Which is unnerving if these are shows that you look forward to watching.

And it’s doubly bad in the case of Sherlock, which always premieres first in the UK, then, after one delay, on public television here in the states, then, after another delay, on US Netflix. It’s obscene.

But good things are worth waiting for, and what we have here, with series 4 of Sherlock, is a good thing.

As usual, series 4 consists of three feature-length episodes, following the adventures of Sherlock Holmes and John Watson as they attempt to unravel cases too perplexing for the police to solve, in a modern setting where terrorists, hackers, and rogue masterminds each challenge the famous detective in new and baffling ways.

I was unsure whether to include “The Abominable Bride” in my review of this series, since it is placed after the end of series 3. But the more I think about it, the more I am inclined to put that special episode into its own category, since it would be a distraction from series 4’s close-knit continuity.

The end of series 3 saw Sherlock permanently banned from the British Isles on the order of his brother, Mycroft, only to be immediately summoned back as a new mystery threatens the safety of the entire country. This leads to yet another three-adventure cycle, giving us

So yeah, it’s a typical season of Sherlock. Go figure. But it still has a lot to offer, as the plot thickens to the point where you can probably let people start playing 3-on-3 basketball on top of it.

As you have no doubt deduced, there are quite a few surprises in store for these three episodes. And it just isn’t possible to review this series without addressing them.

Still, I have a very strict policy against spoilers. So instead of ruining anything for you, I’m going to focus on conclusions, not actual events. Think of this as a list of hints, if you will.

If the above list didn’t answer any of your questions, good! It means that you’re interested enough to actually watch the show, which you should because it’s amazing.

I must say that I was intrigued by the way this series ended, as the final challenge faced by Sherlock and Watson was a much more personal, much more intimate mystery than the show has yielded so far. The showrunners took a big risk with this choice, and, in my opinion, it paid off many times over, with dividends.

Look, it’s Sherlock. It’s not going to disappoint, even during those middle episodes of each series. If you haven’t watch any of it, then Netflix is the ideal place to get started. They have all four series and every episode, including the seasonless special, “The Abominable Bride.”

Watch it, and thank me later. You don’t want to miss everything that series 4 has to offer.

A Look to the Future

The show’s future is uncertain right now. All the people who worked on it want it to continue, in some form or another, sometime down the road. But there are obligations to be met. Benedict Cumberbatch is now a part of the Marvel Cinematic Universe. The writers and actors are in high demand in many venues. And the BBC has not renewed Sherlock for a 5th season.

Nevertheless, there are forces at work trying to make things happen. Could Sherlock become a Netflix-exclusive series? Could the show continue on the big screen? There are a lot of different theories flying around right now. Just be sure you watch all the episodes before doing your own research. I would hate for you to get spoiled.