It really should be in every home video library. Although, since Netflix has it, that may no longer be necessary.

This week, we are taking a look at Mel Brooks’s classic riff on a classic, in the form of Young Frankenstein. 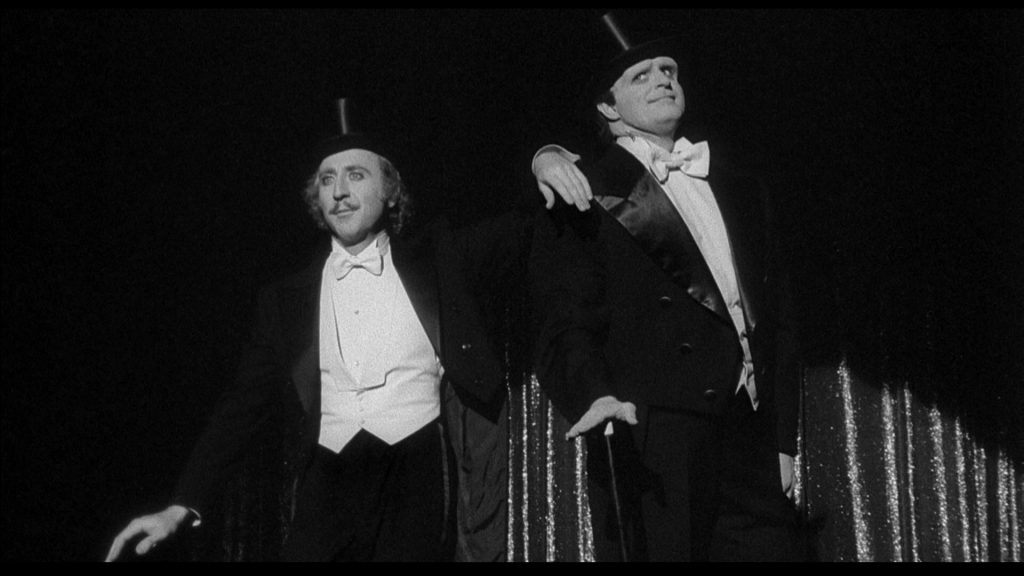 Young Frankenstein is undoubtedly the most influential of all the Mel Brooks films.

How can I be so sure? All I have to do is look at the ripples it has sent through the cultural landscape. Admit it, every time someone sings “Puttin’ on the Ritz” you think of this movie. Be honest.

It’s also, for many people, the movie they first think of when they hear the word “Frankenstein”. There can be little doubt that it has a greater following in the current era than the original Universal Pictures Frankenstein, and while the Boris Karloff depiction always looms large in the minds of film scholars, you can hardly find anyone of the current generation who has seen it.

But everyone and their dog has seen Young Frankenstein.

Gene Wilder’s doctor is the most recognizable Dr. Frankenstein, and Marty Feldman is the permanent face of Igor. And not only was the film adapted into a Broadway musical, but one of its scenes is rumored to have been the inspiration for “Walk this Way,” by Aerosmith, which was itself influential, as it was later adapted into the first Rap song ever.

As the only significant Brooks film to earn a PG rating (other than Spaceballs—I’ll count Spaceballs, just because my inner child can’t acknowledge that it’s a bad movie) it manages to be seen by a broader audience than his R-rated fare, and is still occasionally broadcast on television around Halloween. This is doubly enforced by the fact that, as a comedy, many parents are more comfortable showing it to their children than the original Frankenstein. Which may be one of the reasons it is so well known. 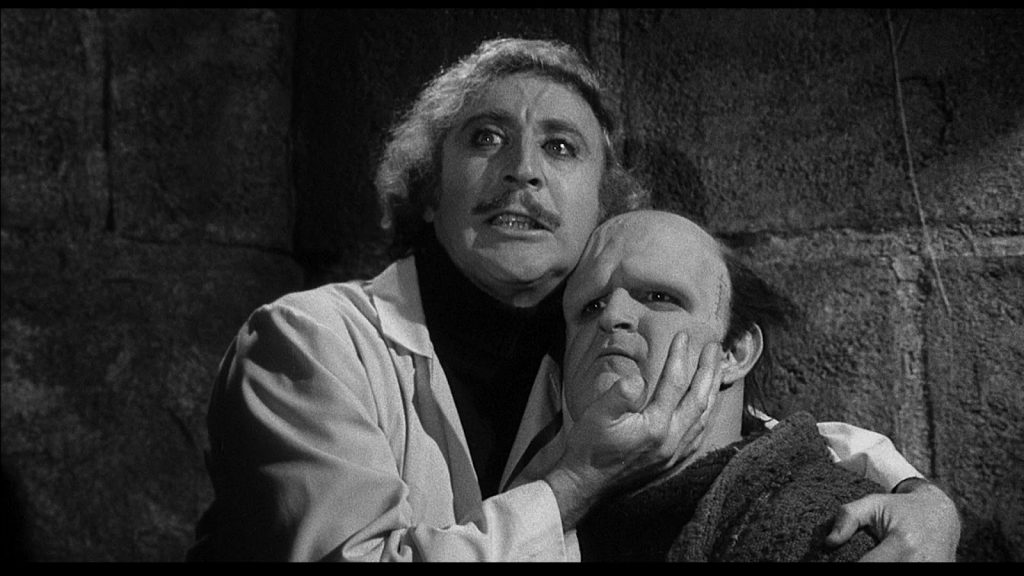 There is also no denying that Young Frankenstein is a very different movie than anything else done by Mr. Brooks. But the reason for this is obvious enough: the screenplay was co-written by Gene Wilder, and Wilder was the one who made the original pitch for the film.

So while the run time of the movie does hold a lot of the typical Brooks pratfalls and sight gags, it also, more than any other Brooks film outside The Producers, has a coherent story.

And that’s what elevates Young Frankenstein above other parodic fare. It works both as a comedy and as a depiction of the classic Frankenstein story. The laughs happen at a regular pace, but the hard philosophical insights about fatherhood, science ethics, and mortality are still in there, and powerfully so.

It’s easy enough to attribute these advantages to Mr. Wilder’s involvement in the script, since nothing else Mr. Brooks has written possesses the same gravitas (his forte has always been pure comedies). But in any case, the synthesis of comedy and drama in Young Frankenstein is something rare in American film, and it comes together beautifully. 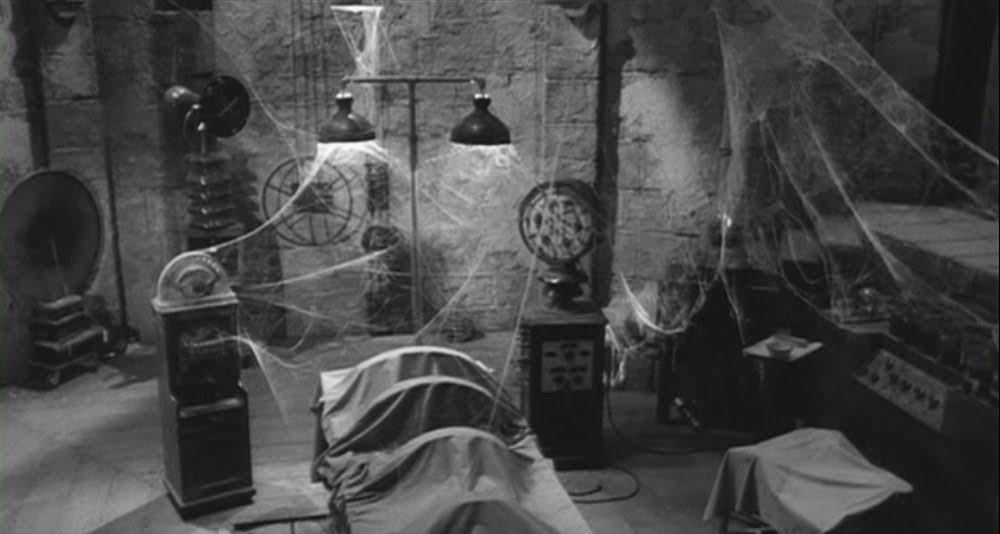 Another distinguishing feature that separated Young Frankenstein from other Brooks features was the level of authenticity. The film was shot in black and white, which was practically unheard of for the 1970s. The wipe and fade effects are reminiscent of films from the 1930s. The sound design perfectly replicates the way older movies were recorded. And, topping it off, the laboratory set for the film was actually a recreation of the original set from Universal’s Frankenstein, including a number of original props from the earlier movie. When Mr. Wilder’s character looks down on the lab for the first time and says, “So this is where it all happened,” he means it.

Which emphasizes one of the strangest aspects of the movie: if the actual lines spoken by the characters are to be believed, then this film is supposed to be a direct sequel to the five main Frankenstein movies produced by Universal and actually takes place in the same universe, as if this were the natural culmination of everything that came before. How the filmmakers got away with this, when the film was distributed by 20th Century Fox rather than Universal, is a mystery to me.

But enough gushing about how the movie was made. How does the movie itself hold up? 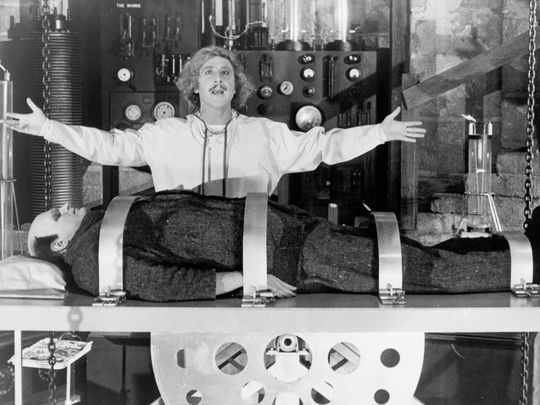 Frederick Frankenstein is a brilliant biology professor who cannot escape the legacy of his famous grandfather, Victor, who everyone remembers as the mad scientist who stitched together a bunch of body parts into a workable human form and brought it to life.

Ashamed of his grandfather’s legacy, he wants nothing to do with it and does not like to be reminded of the fact. Which is bad news for him, because according to his great grandfather’s will, he is now the owner of the German castle where the entire incident took place.

Deciding to visit the estate, Frederick is still convinced that his grandfather was insane. Nevertheless he bids farewell to his fiancee to travel to the castle, where he makes the acquaintance of Igor, the grandson of the original Igor, and his new lab assistant in the form of the delightfully tempting Inga. 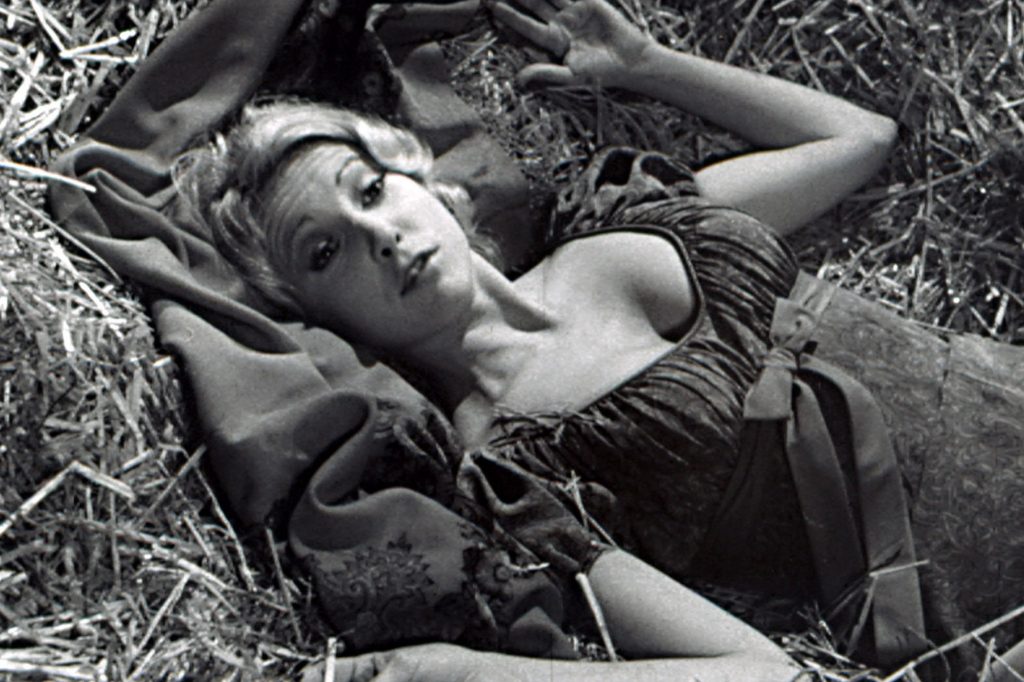 Fighting oh so hard to assert his own identity apart from his grandfather’s legacy, he stumbles into the secret laboratory where the original experiment happened.

After reading his grandfather’s notes, he understands that the experiment not only worked but can be reproduced. Abandoning his family shame, he eagerly makes plans to use his grandfather’s science to reanimate a dead philanthropist. But when Igor accidentally fetches the wrong brain to put into the monster’s body, hilarity ensues.

To make matters even more comedic, the local villagers, uncomfortable with having another Frankenstein take up residence in the nearby castle, are prepared to whip out their torches and pitchforks at a moment’s notice to keep any reanimated corpses from running amok in their town. Above all else, Frederick has to keep them from finding out that he’s already done the deed. 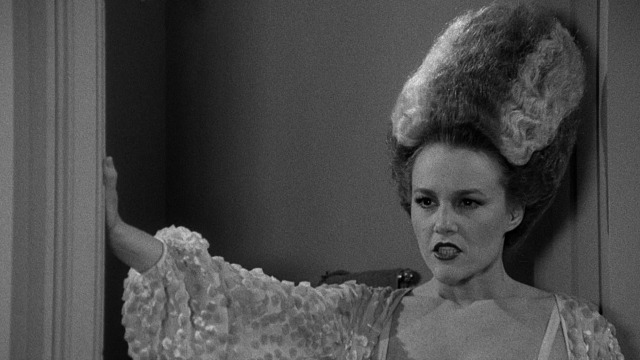 The more Gene Wilder movies I review, the more I appreciate what a phenomenal actor he was. I have talked before about how good he was at portraying anger, and he brings every mote of that to his performance here. Frederick Frankenstein is something of a rageaholic, and it’s played up for maximum funny in this movie. But at the same time it comes across as remarkably believable. Not always true to life (the performance is admittedly over the top), but never fake. It is one of his greatest performances.

Special mention must also be given to Madeline Kahn, who has only a few scenes in the movie but manages to steal every scene she’s in. She even gets to show off her singing pipes here, perhaps more so than in any other role she’s played.

…has perhaps the best laugh-per-minute ratio, as her character lends itself to a lot of extreme comedy. Though she is missing during the entire second act.

And Marty Feldman’s depiction of Igor blows them all out of the water, taking full advantage of his naturally piercing gaze to make his character unsettling to the point where the audience has to laugh just to keep from screaming.

Ah, but I’m forgetting Peter Boyle as the monster. And this is unacceptable, because his role in particular is what lends depth and drama to the film. His creature is, in many ways, superior to Boris Karloff’s. You’ve never sympathized with Frankenstein’s monster until you’ve seen it break down and weep, and we get that here, along with a series of humanizing vignettes that put him at the center of the movie.

And Gene Hackman as the blind man is a surprising, yet delightful, cameo.

Young Frankenstein is a must see. And with Netflix bringing such easy access to the film, you are literally out of excuses not to watch it. It is Gene Wilder’s passion project, as much as The Producers is Mel Brooks’s. It has stood the test of time and will continue to do so.

What on Earth are you still waiting for? You ought to be watching it right now.