I publish the following without commentary or explanation:

Once upon a time, a tiny blaze escaped an ordinary oven and lit an entire house alight.

The people of that house safely escaped, but the blaze spread so fast that it threatened other houses, as well as the forests and fields that surrounded the home.

But then, the fire was just as likely to burn itself out, having grown too quickly for its own good.

And that might have been the end of the story, were it not for what happened next.

For in the town where the house burned there lived a great many people, and most of these had high opinions of themselves. 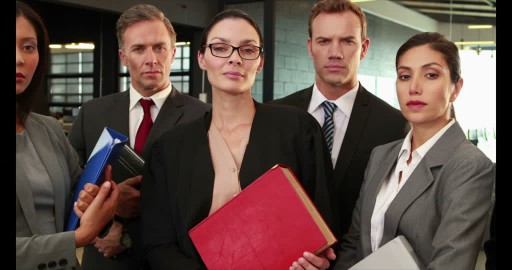 “We cannot allow such an enemy to threaten our way of life. We must make war against this blaze, to teach it a lesson, and then it will think twice about threatening the good people of our town.”

So, at the urging of the high-opinioned people, the entire town went to war against the fire, beating it with wooden clubs and throwing logs against its face, in the hopes that, once bruised, it would cease its rampage.

As you can imagine, the fire was not at all dissuaded by these tactics. And, indeed, such interventions kept it alive, and even made it stronger.

But the high-opinioned people were not turned back from their purpose. The blaze’s growth only emboldened them.

“Our enemy is much greater than any of us realize,” they announced. “Our methods are obviously working, but we need to be more forceful with them. We call upon all neighboring towns to join forces with us in our battle.”

And the neighboring towns, magnanimous as they were, leant their aid to the people of the burning town, for by now the entire neighborhood was up in flames.

Together, they felled mighty trees to block the fire’s path. They also brought many carts full of sawdust and dry garbage to dump on the blaze, hoping to crush it to death. And those who were not strong enough to beat the fire with sticks would instead slap it with fans, that it might have dust thrown in its eyes.

But, as you can imagine, the fire was not deterred, even with the force of all the towns together fighting it. It lapped up the fallen trees that were thrown in its path, and opened its mouth wide for the sawdust they dropped. With all this sustenance, it became larger and broader than ever before, threatening the entire country with hot destruction.

It was at this point that a solitary voice arose, calling into question what everyone was doing. 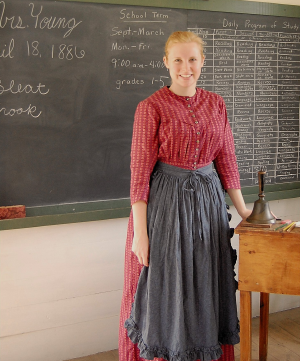 She was a schoolteacher by trade, and had always been observant.

“Perhaps,” suggested she, “this is a problem that cannot be solved by violence. I think, in fact, that we cannot continue this way. If we stop now, we might keep ourselves from making things worse.”

It was a bold idea, but the high-opinioned people did not allow anyone enough time to consider it.

“FIRE SYMPATHIZER,” they accused. “That you can speak about the blaze at all without calling for its destruction is proof that you love it and are allied with it. We know exactly what to do with your kind.”

The woman was slain on the spot, her throat slit by a badgeless enforcer in the service of the high-opinioned people. And this was not seen as improper, for as long as he was associated with the people’s justice, how could he be considered a lawbreaker?

But the high-opinioned people were not pacified. The fire was almost everywhere now, and if they were to save their country, and their position of moral authority, they would have to be seen doing something about it.

“Ah, but of course, this is a matter that requires subtlety,” they reckoned. “Brute force was a good idea at the time, and obviously did the job we wanted, but to finish the blaze off, we must employ more covert methods.”

“Come, let us now poison the fire. We shall first get it drunk on the highest-proof liquors we can find. Then, once it is too inebriated to fight back, we shall drown it in paint thinner and gasoline—two of the deadliest poisons in our arsenal.”

And, rousing the strength of the entire nation, they did just that. Thousands of tons of alcohol, gasoline, and paint thinner were drizzled onto the flames, ratcheting up in force until there was a downpour of toxic fluids. 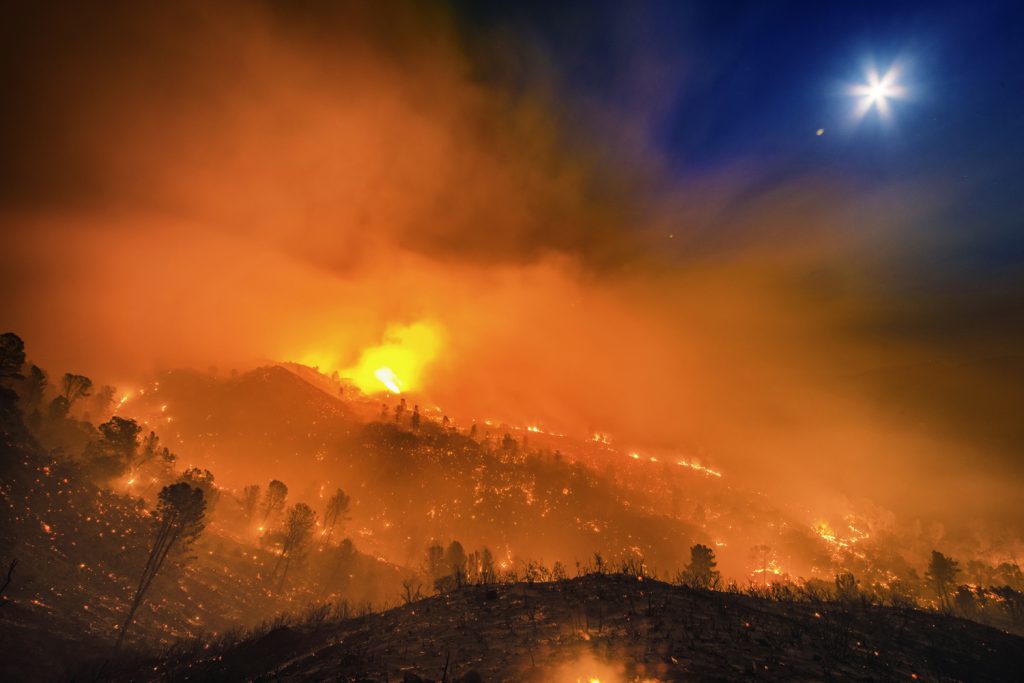 Still, as you can imagine, the fire was not repelled. More than ever before, it grew, threatening all of civilization, for it had now spread to the four corners of the Earth.

Around this time, a second voice was heard, with a warning to all. 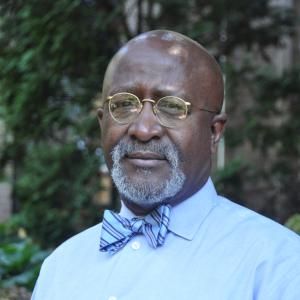 He was a scientist, well respected in his field, and had long been blessed with profound insight into the world.

“Fools,” he declared. “Everything we have done to the blaze has only strengthened it. We should have known that attacking the flames does not protect us from them. We should instead move everyone to safety and try to isolate the fire until it burns itself to ash. Only then can we start the long process of rebuilding.”

The man spoke wisdom, but his words only enraged the high-opinioned people, who had become powerful as the world burned.

“TREASON,” they screamed. “You give voice to the flames, and therefore you must secretly be one of them. For anyone who even hesitates to attack the enemy must be a spy working for them.”

The man’s life was not spared, despite his endless accomplisments as a scientist. Through his work, he had improved the lives of many people, yet all those people rushed to kill him. And no one thought this was inappropriate, for if one man is killed by the entire community, then is that not justice?

And the high-opinioned people convened again, for now they were rulers of the entire human race. And they asked themselves again how they could put an end to the blaze, and, more importantly, be seen doing it.

Ultimately, they decided to try it all again—everything they had already tried. But this time it would work because they would do them all at once. The beatings, the sawdust, the gasoline—no expense would be spared. Surely this would put an end to the fire. 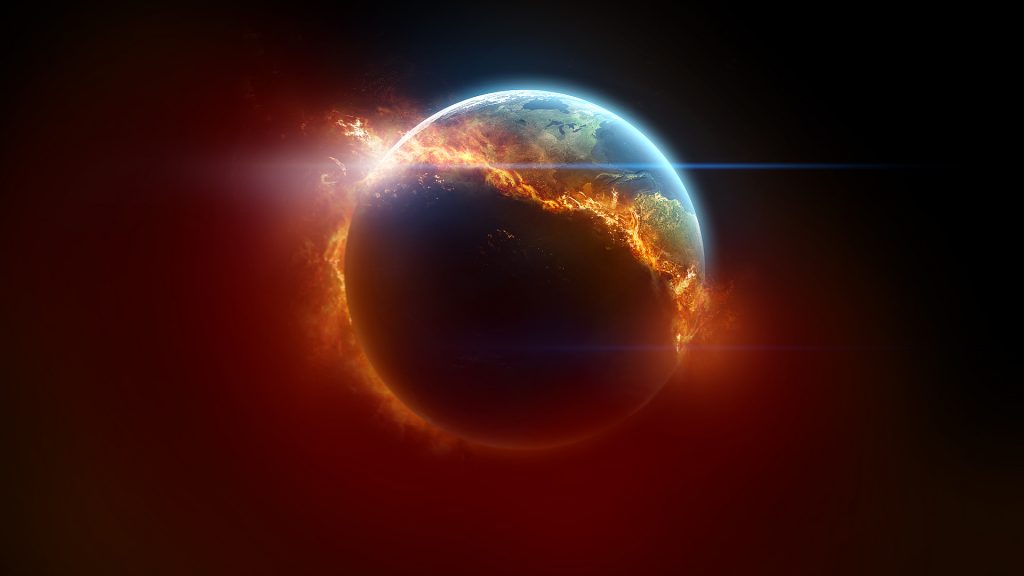 As you can imagine, the fire was not slowed by all these assaults. The entire world now belonged to it.

It was at this time that a final voice arose in the world, and no one saw who was speaking, for all the Earth was darkened by smoke. But it was heard by everyone. Or, rather, everyone who was left.

“I offer no advice. I cannot tell you how to save yourselves, for that bridge is burned. I will instead tell you why you are dying.

“The danger is always found in the teaching of a people. You were taught that every problem is an enemy to be destroyed. But how can you destroy destruction? Fire is no one’s friend. It doesn’t regard right or wrong. It burns both the loved and the hated, the good and the evil together. You cannot be against it, for it is not for anything.”

And one high-opinioned person was yet alive to hear this. He tried to have the voice killed, but could not find it. Still, he was privileged enough to behold the end of everything.

And the fire, having gotten everything that it wanted, regarded these events with a strange pleasure, not understanding why the people had acted in such a way, but ultimately not caring. When the time came, it ran out of air, and died, leaving nothing of the world that was before.

And such a world may seem far away, though, as you can imagine, it is close to all of us, like dry kindling under our feet.