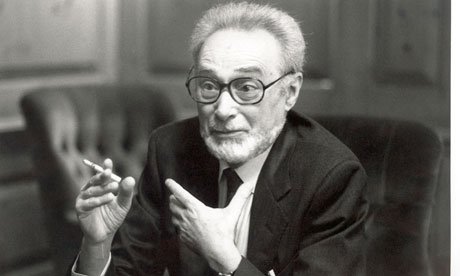 The effable is preferable to the ineffible.

Things You can Learn from a Guava Fruit

There is a school of thought that decries the physical world, the idea being that enlightenment is a purely intellectual exercise and that material things, even on their best day, are little more than a distraction.

I have a hard time with this supposition, for a number of reasons. Mostly, I cannot justify the idea that physical sensations are only a distraction when I have personally gained so much intelligence through the indulgence of the senses.

Let me give you an example:

Lately, I have fallen in love with a new beverage: Calypso brand Pink Guava Limeade. 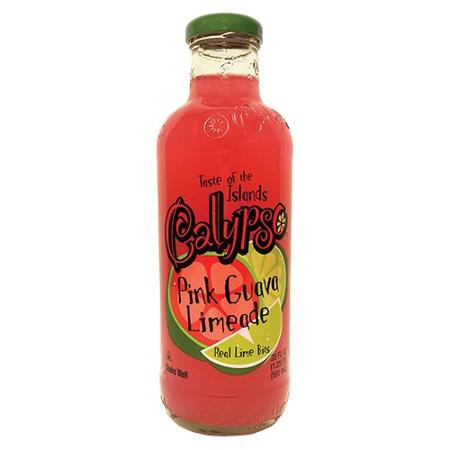 It is more delicious than it has any right to be. But, beyond that, there is a lesson to be had here, and it comes from the drink’s flavor.

Limeade tastes different than lemonade. Lemons, on the whole, just taste sour. But limes have a silver skeleton inside their tartness. There is an almost-floral undercurrent to the taste that layers it and makes it more interesting. My tongue likes the limeade more because it offers something deeper, with greater contrast.

Likewise, guava, as a fruit, is sweet. In fact, it may be among the sweetest fruits you can find, to the point where that is almost all that it is. The one thing that keeps it from becoming forgettable is the strange leafy herbiness that is folded into the mix. It knocks the flavor off-kilter enough for it to show you something new, and is much more effective than it would be if the otherwise syrupy sweetness were left alone.

That’s a lot of description to write for a single sip of bottled whatever. But the point is that because I tasted it, I can describe it. It’s not something that lies beyond the purview of words, and the indulgence of my senses in this regard has given me a better grasp of the world, and, therefore, power over it.

To put it simply, tasting things makes you smarter.

Down the Rabbit Hole

But, of course, we have to be careful here. We cannot begin to say that all sensual experiences are good and welcome, because this world is home to some extremely powerful sensory experiences. We have substances that can steal away a person’s mind, send them to dizzying heights of sensory stimuli, and then leave them a husk on the verge of death. There are experiences that exist only to weary the user, baiting them to chase ever more pleasing sensations until their entire life is spent.

In other words, some kinds of limeade are just evil.

But that leaves us with the most awful of questions: where is the line drawn? Obtaining experiences through the senses is not a bad thing, except when it is, so how do we tell the difference? When is experience a good thing, and at what point does it go rotten?

After a lot of contemplation, I believe I know where the line falls, and was surprised to discover just how sharp and distinct it was.

The answer, I believe, lies in determining what is effable.

The word “ineffable” often appears on vocabulary tests, but its everyday application is mostly relegated to the realm of philosophy. That which is ineffable is not describable. It lies completely beyond the power of words to pin it down. Naturally, then, the word “effable” means the opposite—it applies only to those things that can be described with words.

I am convinced that this is the greatest qualifying criterion between those experiences that are helpful and those that are hurtful. If what you are sensing can be put into words, then there is a greater possibility that it is doing you good. If, however, the thing you’re experiencing makes you say, “Words can’t describe it,” then the most likely answer is that it is destructive.

I don’t talk a lot about my faith on this blog. But there is hardly a better place to examine my proposal than in the realm of personal belief. A lot of belief systems try to lock their gods into the “ineffable” label. There is a lot of drama about how He/She/They are incomprehensible and utterly beyond the human ability to describe.

I was lucky enough to land in a belief system that rejects this idea. History is full of prophets and mystics trying to convert the masses to their vision. And, sadly enough, a lot of these visions boil down to the idea that the divine and the heavenly are indescribable, or that there is no point of comparison to anything in the physical world.

If you ask me, these kinds of visions are just plain unhelpful. What good does it do to learn that you’re striving for something you cannot hope to ever understand? And if you happen to be one of these prophets or mystics, and are so hung up on whatever vision you are proposing, you can at least stick to something simple, like, “It’s happy all the time,” or “It’s got the best of everything.” Those are rather vague answers, to be sure, but people will get the message.

There are a lot of questions about the divide between faith and fanaticism, and more and more, I am convinced that the answer is a simple one. In my experience, I see those with effable interpretations of divinity ending up as better dispensaries of charity and enlightenment, whereas those who refuse to define their vision end up constantly on the defensive. After all, if you don’t have a solid definition of something, then it is all too easy to believe that your definition is constantly being violated by others. This leads to greater strife, unrest, and sour grapes.

Putting things into words, even if those things are some of the strongest feelings and deepest beliefs a person can have, makes them more effective and practical, with fewer ill-effects.

But what about Love?

“But what about love?” you ask. “Isn’t that the most indescribable, ineffable force in existence? And yet it is a good thing.”

Well, I’m afraid history is not on your side in that department. If love is indescribable, then why have poets spent thousands of years describing it?

And yet, love is individual. When you find someone in love, they may describe it in a hundred different ways. Still, most of them can describe it, whether they experience it as a kind of burning feeling, or a lifting of their spirits, or (one of my favorite definitions which I heard from a friend) “When you love someone, you want to be with them all the time.”

So, in most cases, I would not put love into the “ineffable” category. However, it is apparent that some kinds of love are toxic, and some relationships are just bad news from the start. If you do find yourself in love with someone, but the only way you can describe it is “It can’t be described,” then maybe your love isn’t a good thing.

The Ineffable is the Enemy

The more I think about this subject, the more I realize how much this ties into why I became a writer. The dark corners of the world are only dark because they have not been written yet. Putting those neglected places into words shines light on them, transforms them, and makes it easier to salvage them. I get joy out of writing because it demolishes the ineffable. A good book makes you aware by removing the unspeakableness of your agony. It isn’t hard to see why many of those people who indulge in reading come from places of pain and despair. Words clear away the ambiguity of life and make our actions so much clearer.

It gives me the courage to say something without wondering whether or not it can be said. It is for this reason, above all, that I posit that the ineffable is the enemy, as much in life as it is in writing. What we need as human beings is to have the power to put it into words. Whether it’s our triumphs, our horrors, or our annoyances.

That’s why I continue to come here, week after week.

Thank you for reading all the way to the bottom. Part two of my “Hooked on a Feeling” miniseries drops next week. I hope you all get the chance to read it.

[This week’s tagline: “Where people come…because they know.”]

4 thoughts on “Putting it to Words”

Starting the Next BookA Bit of UnmaskingNetflixing: Young Jus...The Power of Suggestion(s...Four O'clock and All is W...