Every superhero team in all of history has been missing one crucial thing: color coding. 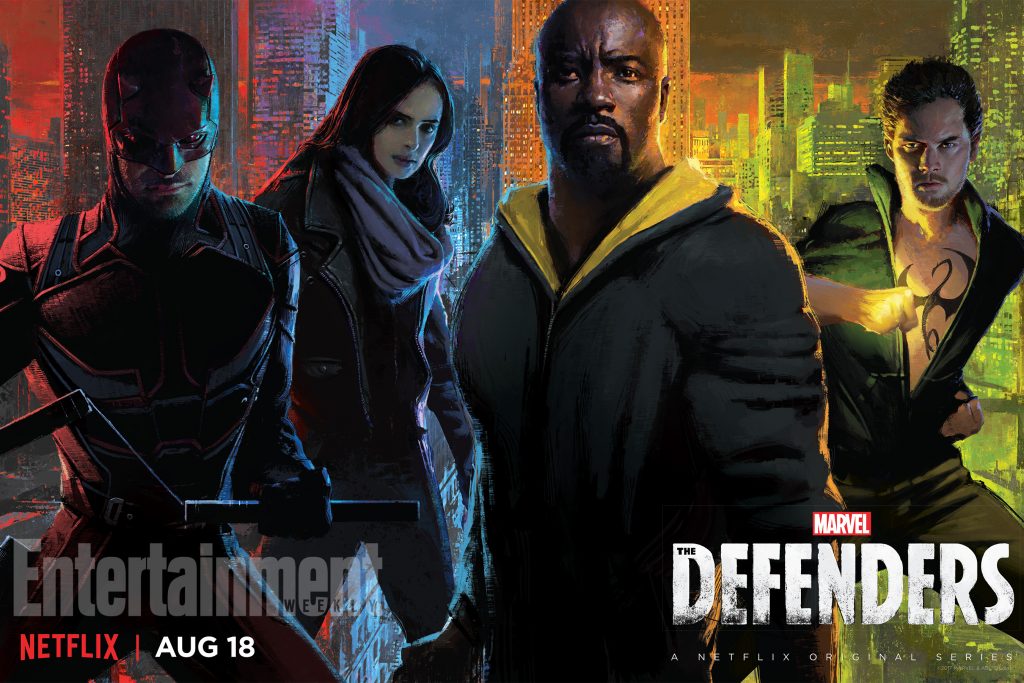 That ends today, as the lighting engineers of Marvel studios finally get their day in the sun with the release of their brand new Netflix miniseries: The Defenders. 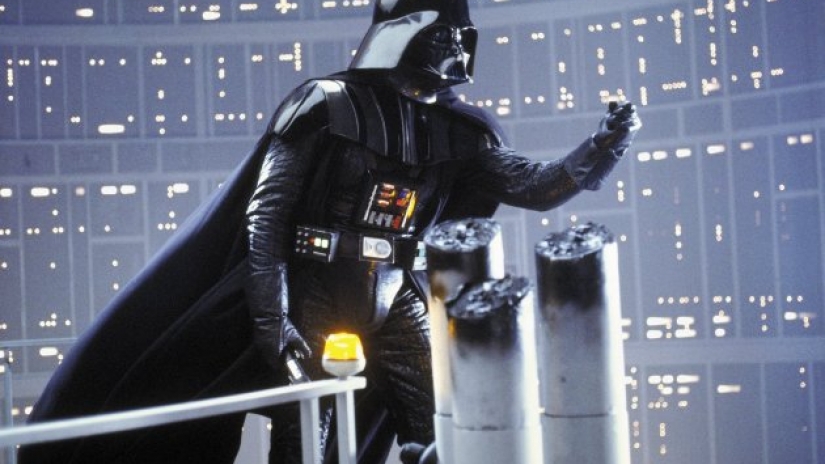 The Defenders is the sequel to ALL of the previous Marvel Netflix offerings.

Naturally, even discussing the show, in even a vague way, will likely spoil something for someone. If you have not watched every episode of all the Marvel Netflix shows, as well as all the MCU movies up to and including the first Avengers outing, you will be unprepared to both watch this show and read this review.

But I shouldn’t have to tell you that because if you know anything about this universe of continuity, you are already aware of what The Defenders is.

You have been warned. Unnecessarily warned.

Wait a minute: no she’s not! 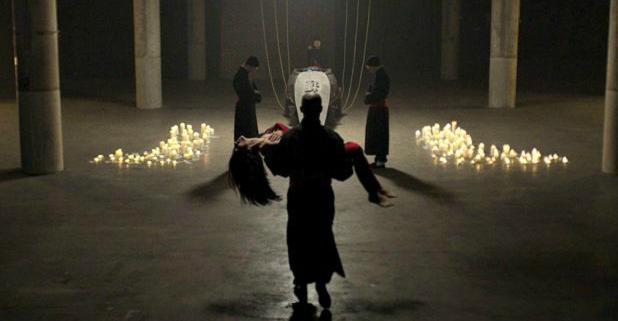 Keeping in mind that no one ever truly dies in a comic book story, it should come as no surprise that Daredevil’s girlfriend has been brought back to life through the agency of an evil organization that we’ve seen before, in both the Daredevil and Iron Fist shows. And that organization is known as “The Hand”. 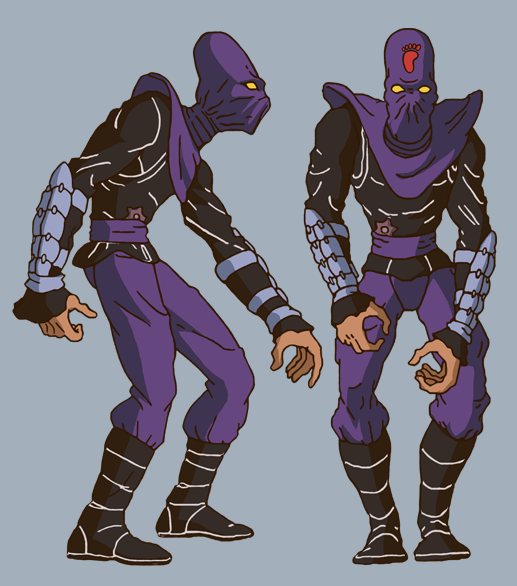 Because all evil ninjas are named after appendages.

But that doesn’t necessarily translate to a happy reunion for Matt Murdock, as Elektra has been brought back without any memory of her previous life and has been repurposed as a ruthless killing machine in the service of her captors.

In her new life as the Black Sky, Elektra is an invincible swordmaiden who wields terrifying powers of lightning and electricity manipulation.

Ha ha. Just kidding—that would make way too much sense.

Instead, Elektra has the power of never being within eyeshot of anyone who owns a gun, as her prowess is entirely limited to martial arts, and a single bullet would make her completely obsolete. 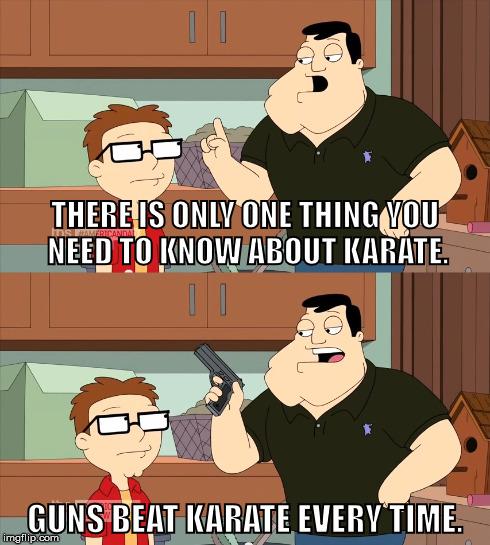 Yet, for reasons that are never quite elaborated, she is destined to lead the Hand to…something or other.

But forget Elektra. You’re more interested in the four unrelated strangers who all fight the Hand without realizing they’re not alone, and who are brought together when a mysterious earthquake ripples through Manhattan. You already know their names.

Jessica Jones has taken a new case concerning the disappearance of an architect employed by the Hand. She is so out of her league that Hogarth, the high-priced lawyer that haunts Marvel Netflix shows, has ordered Foggy to keep an eye on her.

Foggy naturally outsources this tedious job to Matt Murdock, the Daredevil himself, who tries to persuade her with his meek blind guy facade. When this fails, he decides to be a bit more forceful.

Meanwhile, Danny Rand, the immortal Iron Fist, has discovered that the Hand is being opposed by another secret society, the Chaste, right at the moment that they are all slaughtered into extinction. The only surviving member is Stick, Daredevil’s old mentor.

Hoping to get some answers, Danny accosts a member of the Hand’s cleanup crew as they’re erasing all traces of the Chaste. And this is where he, in turn, gets accosted by none other than Luke Cage, who is trying to protect this pawn of the Hand because it turns out he’s just a kid from Harlem who got in over his head.

As the four Defenders come together, the five leaders (endearingly called “the fingers”) of the Hand have also set aside their differences to form a united front. Leading them is a new character called Alexandra, played by Sigourney Weaver. More than anyone else, she believes in the Black Sky prophecy and hopes to use Elektra to kill the Defenders.

And she has to be quick, because it turns out that the secret ingredient that grants immortality to Hand members has just run out, and they now need to procure a new supply, which, for convoluted reasons, requires the destruction of New York City. 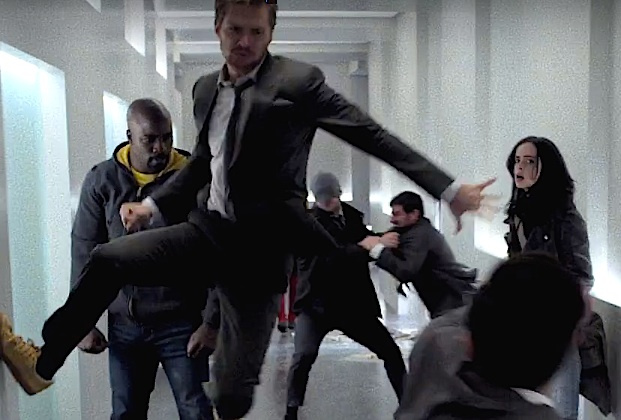 All the Marvel Netflix offerings have been good.

All the Marvel Netflix offerings have also been flawed. Horribly flawed. And, for the most part, they’ve all been flawed in the same ways.

Chiefest among all the complaints was the fact that the heroic main character of each series turned out to be the much less exciting than the villains they were fighting.

And Luke Cage couldn’t hold a candle to Cottonmouth.

But the critics were enamored enough with the parts that did work that each of these shows was hailed as a success.

And when Iron Fist came along and repeated the exact same mistakes as the previous three series, the critics savaged it with the most vitriolic bile they could summon (because they felt guilty about giving the other shows a free pass). But viewers were not deterred, as Iron Fist ended up with more views than any of the shows that preceded it.

Strangely enough, with The Defenders, these critiques are reversed: this time around, the heroes are the best part of the entire show. We see a lot more character development from them as they work off each other.

Matt Murdock is made relatable and believable as he shows a little bit of tenderness to the people around him.

Jessica Jones is given more facets, allowing actress Krysten Ritter to finally portray her as a fully realized character, rather than a human lightswitch.

Luke Cage is liberated, just a touch, from the crotchedyness that made it feel like he was supposed to be the million-year-old man. They leave just enough of his gruffness to make give him an air of quiet strength.

And Danny Rand is more or less the same, but within the context of the group it is easier to appreciate what his character is supposed to be. I will admit the smallest satisfaction when I saw so many naysayers finally have their eyes opened as they said, “Oh, I get it now.”

Because Danny Rand is, and was always supposed to be, the loveable jerk of the group. Because every band needs a jerk.

He intentionally gets on people’s nerves, but he also wants this group to come together more than anyone else. And his antisocial jabs actually cause the people around him to become more unified, as they are forced to work together to oppose him. He is the glue that holds the other Defenders together. 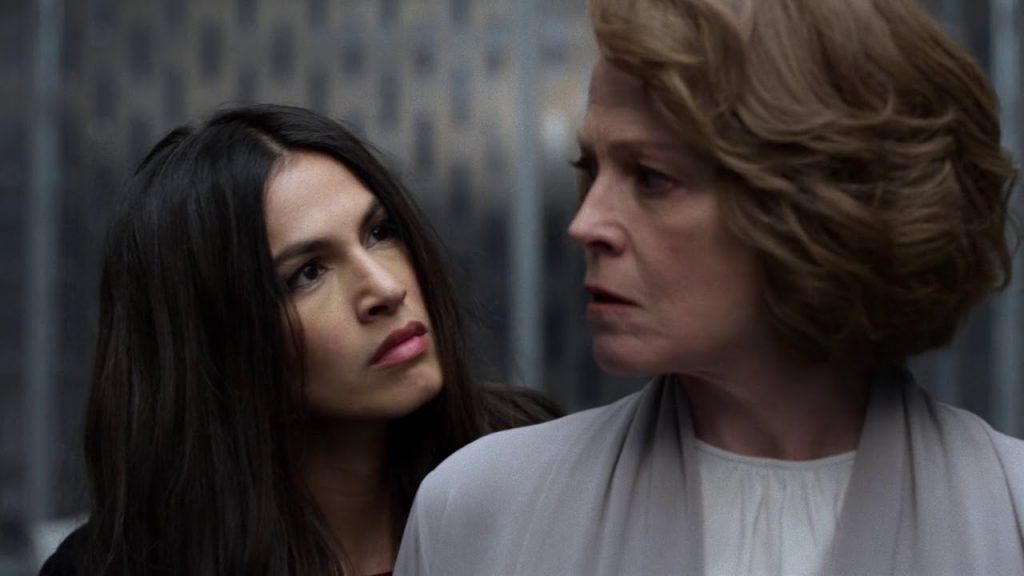 As I intimated above, The Defenders has the opposite problem that all previous Marvel Netflix offerings had. And since the heroes are so enjoyable this time around, the villains end up paying the price.

The Defenders has the worst villains of perhaps any show on Netflix, Marvel or otherwise.

Elektra is only slightly better here than she was in Daredevil. For the most part, she’s still the catty, unlikable brat that sent a million eyes rolling as viewers wondered when Frank Castle was going to show up again.

That she gets some closure with Matt is her most redeeming quality in this series.

And her badness is one-upped by Sigourney Weaver’s Alexandra. Obviously, Sigourney Weaver is a fantastic actress. She has starred in many blockbuster movies and has often been the best part of whatever she is in. But she sleepwalks through her role as Alexandra. I have never seen a worse performance from her. There was such a lack of energy, of interest. I can only imagine that she either a.) Was being badly directed, or b.) Fell out of love with the role while being contractually obligated to play it.

More disturbing still is why the showrunners felt a need to introduce a new villain this late in the game. Another option, Madam Gao, has been in the MCU since the first season of Daredevil. The audience already has a connection with Gao, and she was a fantastic villain to begin with. That she is forced to vie for the second seat in this series is a crime. The Defenders is only eight episodes long. That’s hardly enough time to start caring about a face we’ve never seen before.

But as bad as Sigourney Weaver’s performance is, she would need to jump off a skyscraper to fall as low as Ramon Rodriguez’s Bakuto. 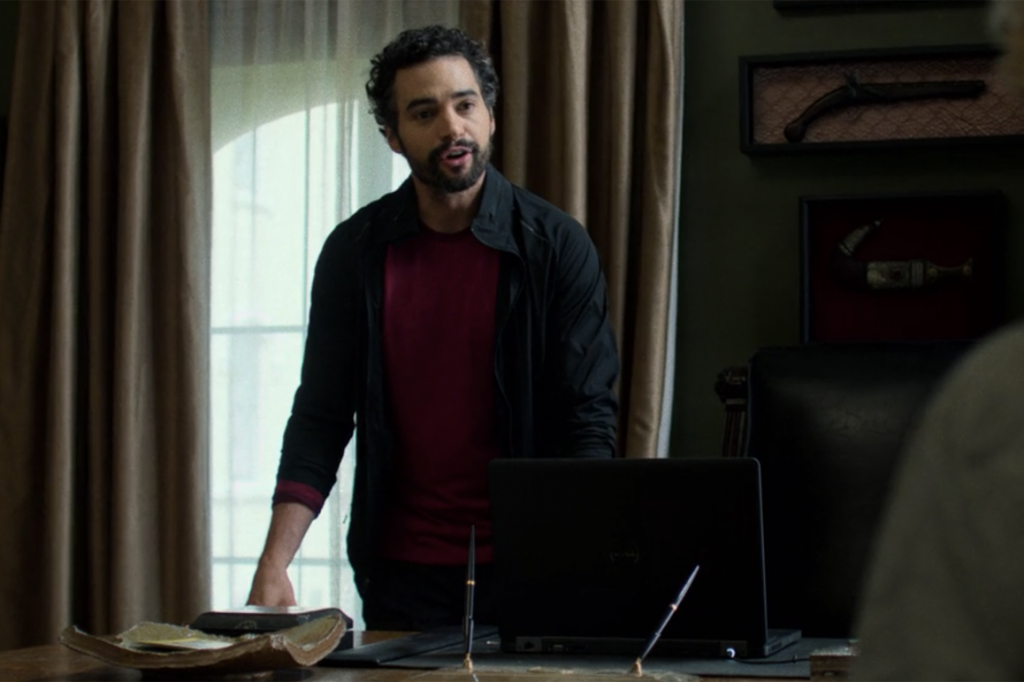 His performance here is every bit as bad as it was in Iron Fist. It still hits that bizarre sweet spot of inflexibly stiff and wildly overacted. This is the little wooden boy who thinks he is Emperor Frickin’ Palpatine. And while his presence here is necessary to round out Colleen’s growth arc (which was a welcome side story in The Defenders), he does nothing to recommend himself.

It hurts to realize that, with a little tweaking, we could have had so much better.

The Defenders is, without question, the best Marvel Netflix show so far. This is due, in part, to the fact that it only has eight episodes, as opposed to the customary twelve (all the other Marvel shows spent a little too much time lost in the woods, if you know what I mean).

Despite its faults, it excels at the parts where it needs to. It justifies and redeems a lot of what was bad about the previous shows. And it is a must-watch for anyone who enjoyed any part of what came before.

It’s a decent ensemble drama that gives each character time to sparkle and be distinct. It knows how to play these people off each other, and it shows delightful promise for all the things to come.

It is a Netflix exclusive. If nothing else, put it in your queue right now.