Why do we punish ourselves?

I mean, there’s no reason to put yourself through an experience you know you’re going to hate, right? Not if you also know that you’re going to get nothing out of it. We’re not masochists (at least, I’m not). We’re not going to put up with things that we hate.

Which brings me to the subject of the day: a little Netflix-exclusive series known as Neo Yokio. 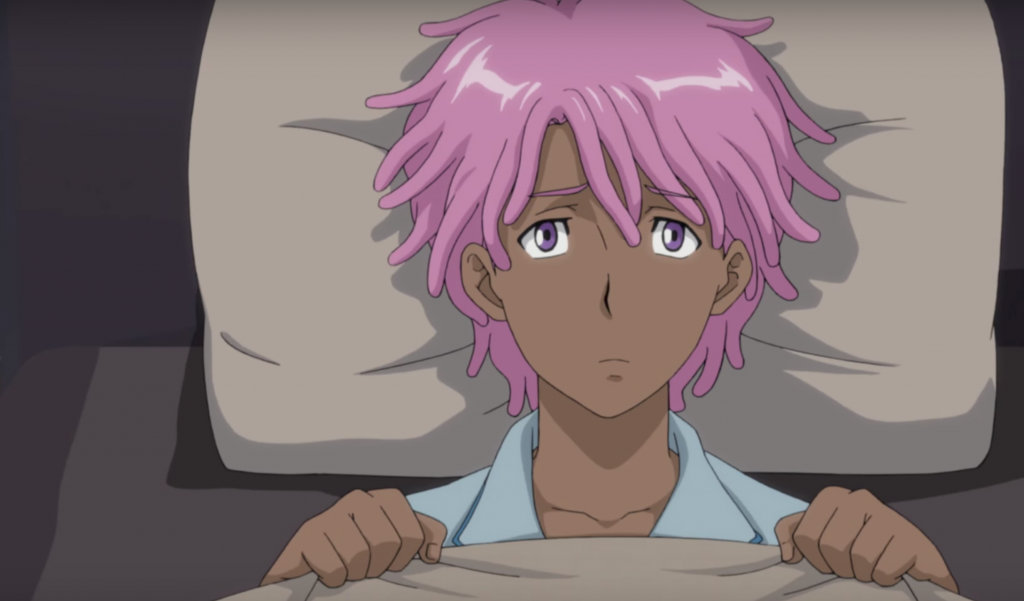 I knew this show was going to be bad. All the other critics had spent so much energy lambasting it. Plus the whole idea was just so wrongheaded from the start. Jaden Smith was making an anime? Was he high? Is he high?

But, seeing as how it is a conversation piece among Netflix critics right now, I did not want to be left out of the loop. And what of my poor readers? How could I claim to have their interests at heart if I didn’t see just how bad this pulsating, leprous tumor of show was for myself?

Why didn’t I just watch some more Cheers instead? It’s not like I was running out of Cheers.

Neo Yokio is, apparently, the brainchild of one Ezra Koenig. 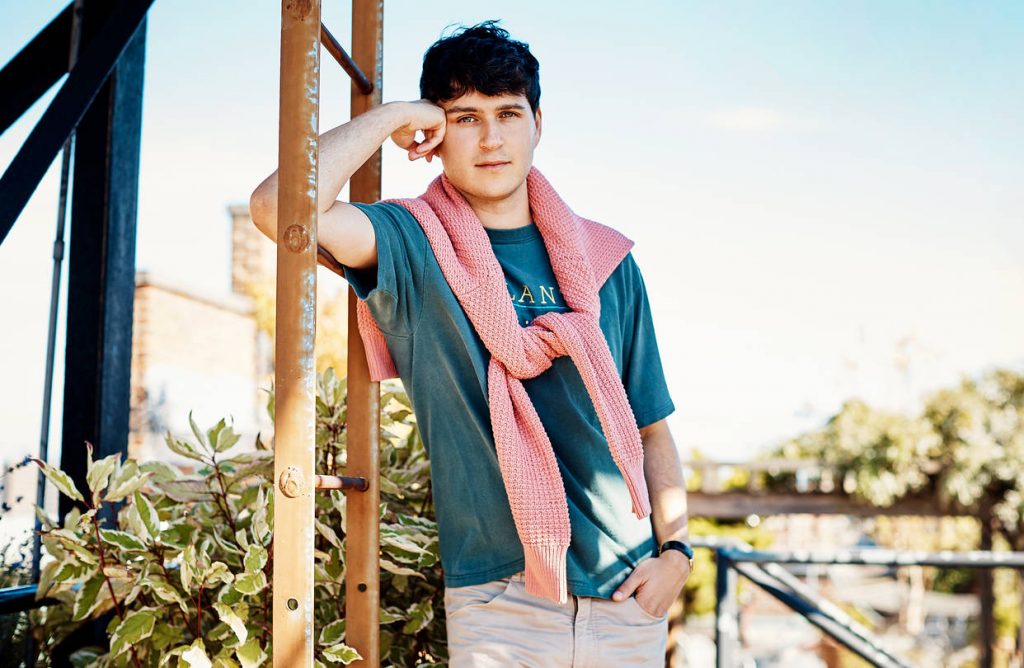 Herr Koenig is the lead singer of Vampire Weekend, a band I had never heard about before researching this show. Somehow, I am supposed to believe that a musician came up with the idea to create an original television series that features only public-domain music. This should have been everyone’s first clue that something was amiss.

But before we lay too many sins at the feet of this minstrel, let us not forget the other driving force behind this show—the aforementioned Mr. Smith, who is famous for…well, I’m not exactly sure. He’s played some live-action roles in films, but has not made a name for himself thereby.

Still, the two of them decided to collaborate on a project, but this project was neither a song nor a film, but an anime TV series, a medium in which neither of them had any experience or aptitude.

What they did have, however, was money. And it doesn’t take three guesses to figure out where they got it. So they were able to produce a short television series and air it on Netflix, because Netflix is not picky.

So What is Neo Yokio?

Your guess is as good as mine. 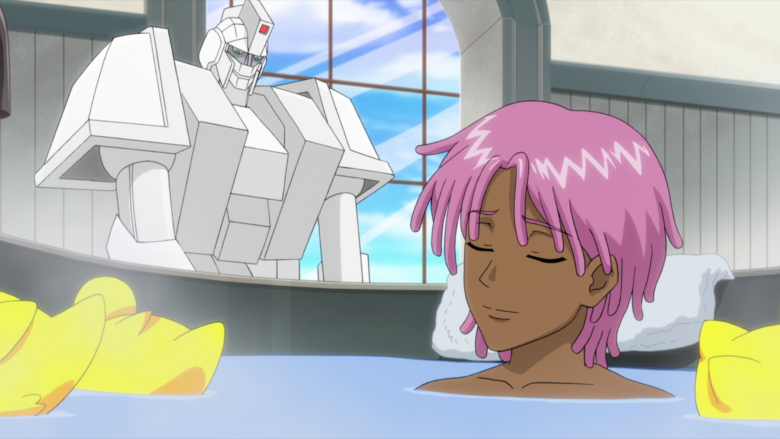 I don’t believe I’ve ever encountered a show more directionless, more lacking in focus. It seems to vacillate between several possibilities, none of which are at all interesting.

Normally, I reserve a section of my reviews to summarize the story presented in the show I’m reviewing, but I’m at a bit of a loss to describe Neo Yokio‘s story. It’s more or less a series of loosely related vignettes (and I use the term “loosely” loosely, because the episodes are so disjointed that I have difficulty drawing the connections between them at all).

There is a prologue, in which it is explained that Neo Yokio is a city that suffers from the occasional demonic infestation, and that a group of exorcists is employed to protect the populace. But this has surprisingly little to do with the actual content of the series.

Mostly, it’s about a rich young man named Kaz, whose life is a parody of a wealthy New York heir (and I also use the term “parody” loosely, as there is a distinct lack of comedy in the portrayal of Kaz, as well as the show in general).

In one episode, the characters go to the Metropolitan Museum of Art, where they meet a character who is an impersonation of Andy Warhol. And this is fitting, because the show is basically what a Warhol-produced anime would look like: a glorification of shallowness.

It’s as if the pale artist beheld all the attention that anime has gotten lately, then announced, “Well, that doesn’t look so hard.” Then proceeded to create a show that lacked all of the quality and charm of a real anime, but that keeps screaming, “See? I totally know what an anime is!” at the audience. 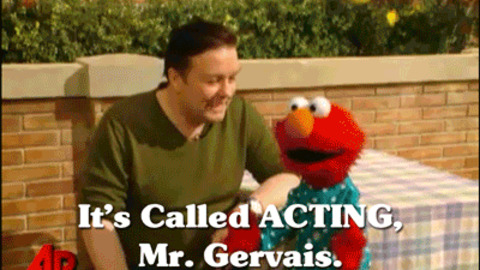 Oddly enough, some of the dialog in Neo Yokio is well written. And, when it is being said by the professional voice actors who fill out the supporting cast, is passable.

But then Jaden Smith opens his mouth.

When Mr. Smith reads his lines (and that’s all he’s doing—reading his lines off the page, unfiltered) the most peculiar thing happens. For certain words, he slows down and enunciates them with force, as if he has never said these particular words before, and is being coached on how to sound them out.

This problem is exacerbated by the quality of the lip movement, which is pivotal in any animated show but is something of an afterthought in this series. 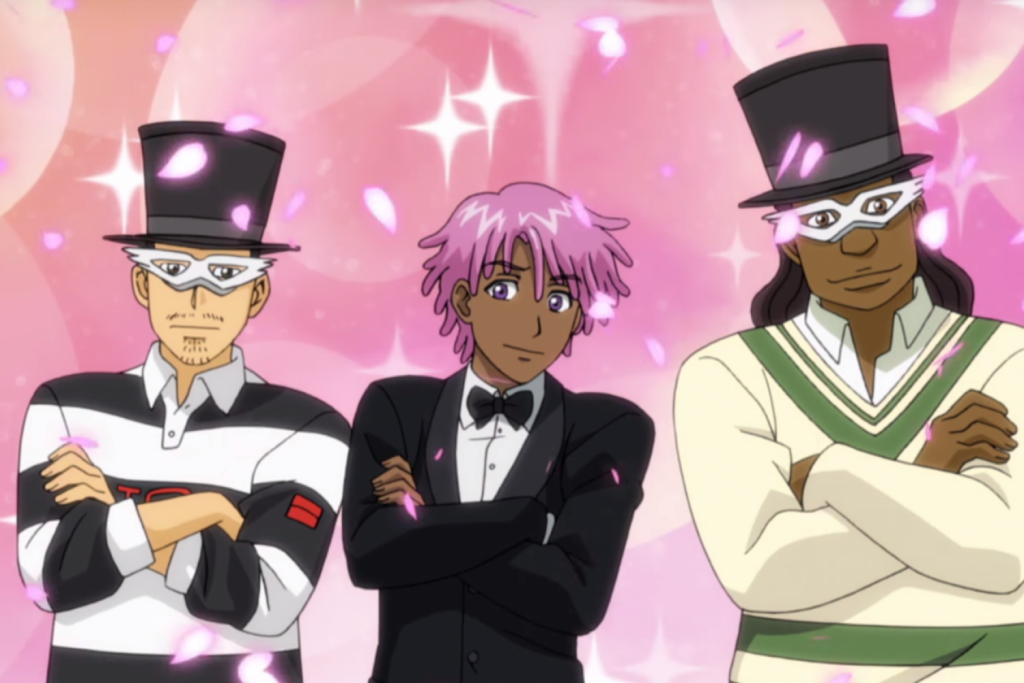 And speaking of movement, the animation is stilted and awkward.

I’ve seen worse, or course. But the character movements here are so stiff and forced that it ruins the illusion of being alive. At best, these creatures are wooden puppets with frozen joints, sliding from place to place without a lot of locomotion.

Neo Yokio takes place in the city of, well, Neo Yokio. Which I guess was supposed to be a portmanteau of New York and Tokyo.

From that, you might be expecting the setting to be kind of like the fictional city of San Fransokyo of Big Hero 6, where the landscape is a perfectly blended synthesis of both San Francisco and Tokyo.

But you would be wrong, as Neo Yokio is just New York, with almost no alterations.

A few scifi elements are added, such as the original World Trade Center still being in operation, and the fact that parts of the city are now underwater. But apart from that the differences are nominal. And since these changes add nothing to the story, one must wonder why they were included at all.

It has nothing to say. It copies some of the aesthetics of anime. It tries to be weird. But it makes no attempt to capture the charm and heart so commonly found in the genre. I can’t help but determine that the creators are clueless as to what anime is.

Which is not to say that anime cannot be made by western creators and tooled for a western audience. Avatar: The Last Airbender proved just how good western-produced anime can be. But it would appear that a number of highly monetized people want to cash in on the phenomenon without taking the time to understand it.

And that should not be rewarded.

Stay away from Neo Yokio. It is not worth your time. I can’t even call it garbage, because if this show were to learn acting from Kristen Stewart, humor from Pauly Shore, charm from Larry the Cable Guy, and animation from The Powerpuff Girls reboot, then and only then would it be good enough to be garbage.

To Netflix’s eternal shame, it is available on that platform and nowhere else.