Okay, it’s not technically Halloween, but as we all know, the entire month of October is kind of just one big long holiday, especially in Germany (albeit for different reasons).

And because it is/isn’t Halloween right now, I thought we’d celebrate the holiday we are not celebrating at the moment by indulging in a scary movie that has gained popularity on Netflix.

Today we are examining The Babadook. 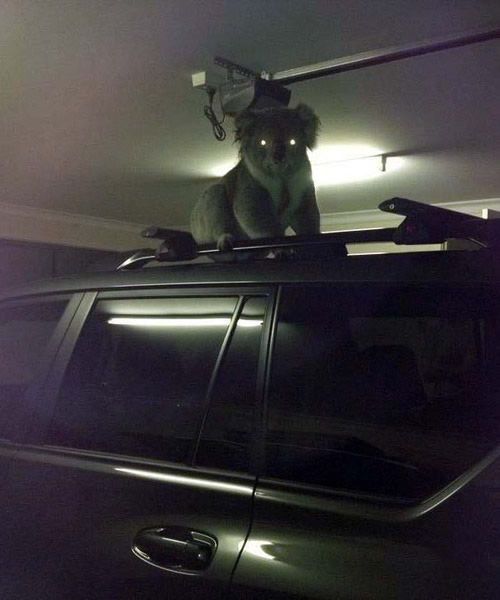 The Babadook is an Australian production, helmed by a first-time director on a modest budget, and based on nothing more than a short film that was led by the same director.

Though originally released in Oz, it did not gain popularity until it was shown at the 2014 Sundance Film Festival, where it won critical acclaim. With home digital releases (such as the one found on Netflix) the film gained a wide audience in Europe and the Americas, and has enjoyed a measure of mass appeal among Netflixers such as myself.

While it still remains something of an arthouse film, without the commercial success of, say, Paranormal Activity, this movie has had an impact on global culture, been memed endlessly on social media, and become something of a household name.

I would like to start by warning you that The Babadook is likely ill suited to a family audience. Children may be frightened by it, and even some of the more enlightened teenagers will be unable to appreciate most of its themes.

Because this is an adult movie, about a person with adult problems, including motherhood and work stress. The film does not carry an MPAA rating, but there’s just not much on the offer here for someone who is pre-adult, and I wouldn’t recommend it to such people.

Also, though I try to avoid spoilers in most reviews, that will be impossible with The Babadook, as its ending begs for analysis. 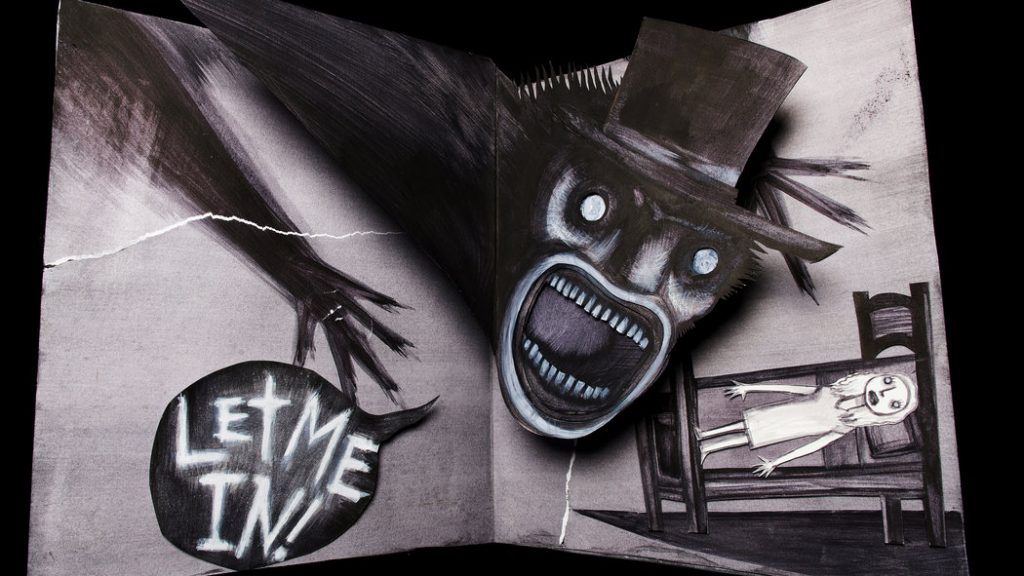 Back in the 50s and 60s, in the United States, there was was a televised game show called Queen for a Day. This contestants on this show were all women, and they all had miserable lives.

These were women in terrible financial straits, who cared for disabled family members, who suffered terrible illness themselves, or were terribly unlucky in any number of other ways, and they would recount their plight and spill their personal griefs on national television, after which the studio audience would select one to become “Queen for a Day”. And, in most cases, that title went to the most pathetic person in that day’s episode. This was a game show where every prize was a consolation prize, and it was quite popular.

The Babadook is about a woman named Amelia, who could probably win Queen for a Day in every episode of its entire run. Her life is just awful, for the following reasons:

But one day, Samuel discovers a new book on his shelf, called Mister Babadook. It reads like a German fairytale, written in Gothic Victorian rhyming couplets, and describes this guy: 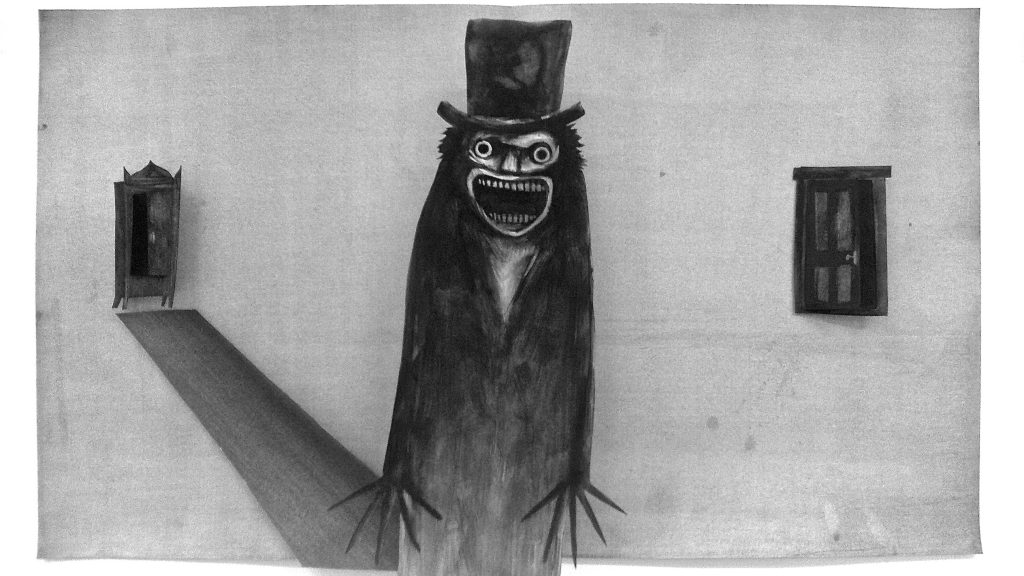 This naturally traumatizes Samuel, who becomes even more of an unbearable pain afterwards. And Amelia herself is no less troubled by this development, as she begins to have night terrors, and can even see the Babadook coming for her over the course of several days.

As time goes on, more pages are added to the book, depicting Amelia killing Samuel at the Babadook’s bidding. Terrified, she tries to find help, but since everyone already hates her, she’s left high and dry.

As she spirals further and further into waking hallucinations, she has to ask herself if she’s really going crazy, or if the Babadook, just maybe, is a real creature.

By the end of the movie, it’s no secret that the Babadook creature is a supernatural manifestation of Amelia’s own grief, which she has been handling badly ever since her husband died.

As the children’s book says, “You can’t get rid of the Babadook.” And, even at the end of the movie, she doesn’t. In what may be one of the most interesting conclusions to a horror movie, Amelia and Samuel end up keeping the Babadook, as a kind of family secret, or even a pet, that they keep locked in their basement forever.

Only when Amelia allows herself to talk about her husband’s death, and acknowledge that things aren’t fine, is the Babadook weakened enough that she can contain it this way. In any other horror movie, this would be the perfect setup for a sequel. But The Babadook is a highly self-contained story, and the implication is that, much like her grief, the Babadook will always be with Amelia, but it can no longer overpower her.

It is these themes that most distinguish the film, as there aren’t a lot of scares to be had, really. This is a horror film where no one dies (outside of a single animal, as well as Amelia’s husband, though I don’t think he counts because his death is entirely accidental). The Babadook is certainly a cautionary tale about how dangerous grief can become, but ultimately there isn’t much to be scared of. I even found myself wishing that the horror elements would be played up more, as the quiet parts, though necessary for character development, got tedious after a while.

The Babadook is one of the most intelligent horror films we’ve gotten in the last four or five decades. It suffers from some pacing issues. Like most horror films, it has a slow start. And it could have ratcheted up the intensity in more places throughout the narrative.

That said, it must be congratulated on its success of creating a horror story with a purpose. Most films in the genre are there for the scares alone. The Babadook, instead, points to something deeper, and is revelatory in its insight.

As I said above, I do not recommend it for pre-adults. This movie is a special treat for a mature audience. Others are likely to be overly scared or overly bored.

Apart from that it is highly recommended. It’s an absolute must for your Halloween Netflixing, and if you’re not a fan of gory slasher movies, you’ll appreciate the more nuanced approach taken here.