It’s November, and you know what that means: it’s time for the latest autumn fashion trends.

And boy do we ever have the goods this year. Our crack team of fashion experts at Mr. Horne’s Book of Secrets have successfully decoded all the ins and outs of this season’s most secret trends (that THEY don’t want you to know about). And all you need to take advantage of this exclusive scoop is to read on.

Here’s a few things to keep in mind as the weather gets colder.

Sitcoms are passé. The trendiest Netflixers have moved on to greener pastures.

Shounen Anime and Netflix Exclusives are still going strong as household staples. Both hold their place solidly in our charts, and, hopefully, in your to-watch list.

Classic films are on the rise, as that which is old becomes new again, and silent movies are experiencing a renaissance that is impossible for the fashion-forward Netflixer to ignore.

And, unfortunately, all Disney-owned properties will be going the way of the dodo soon. The Mouse House’s decision to turn its back on Netflix has demolished their stock among dedicated Netflixers (though their real-world stock price continues to boom).

But none of the above points matter, because today’s hottest Netflix fashion is Vietnamese crime thrillers.

What’s that? You’ve never imbibed a Vietnamese crime thriller? Oh, you simply must!

And the best place to start is Bitcoin Heist.

The Freedom to Take Risks 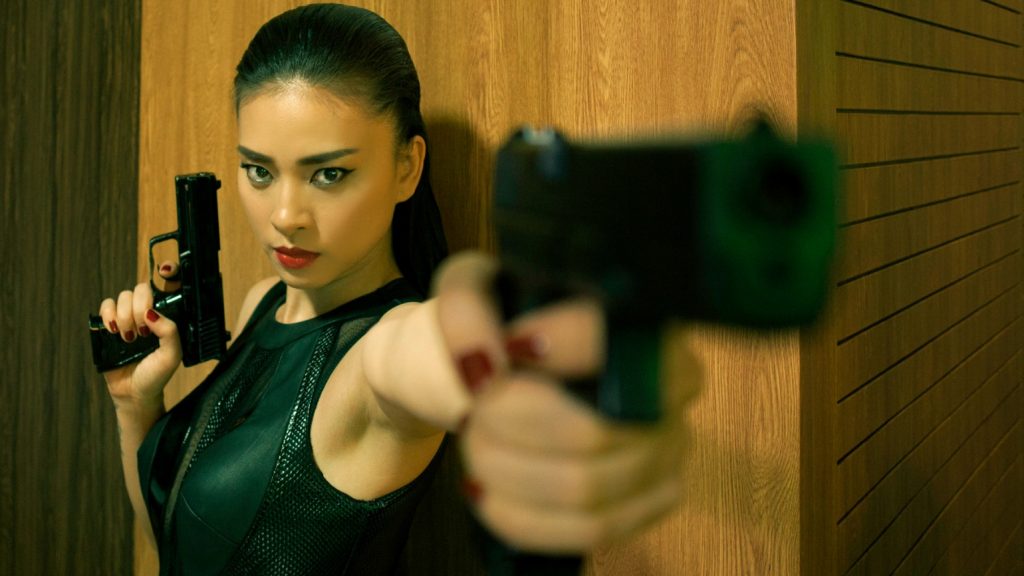 In the interest of transparency, I must admit that I love a good heist movie. And simply being a heist movie is enough to earn you a few brownie points when it comes to my reviews. The nature of the genre lends itself to snappy, concentrated writing without a lot of fluff, but plenty of twists.

And the best kind of heist movie is the one that dares to go to new places, as, admittedly, a lot of the genre is just retreading of old ground. With the advents of so many groundbreaking technologies, the world deserves and demands that these freshly invented wonders be explored, through the lens of a high crime drama.

Hollywood, unsurprisingly, is too risk-averse to take such a chance. But the Vietnamese film industry dares to go there. And thus we end up with Bitcoin Heist—perhaps the first ever work of fiction to incorporate the digital currency phenomenon as a plot point (though I can’t personally verify this).

The movie is saturated with ideas of digital ledgers, 3D printing, social engineering hacks, modern thermal engineering, and all kinds of cutting-edge treats for the technically inclined audience. Hopefully, the impressive result will catch the attention of more filmmakers. 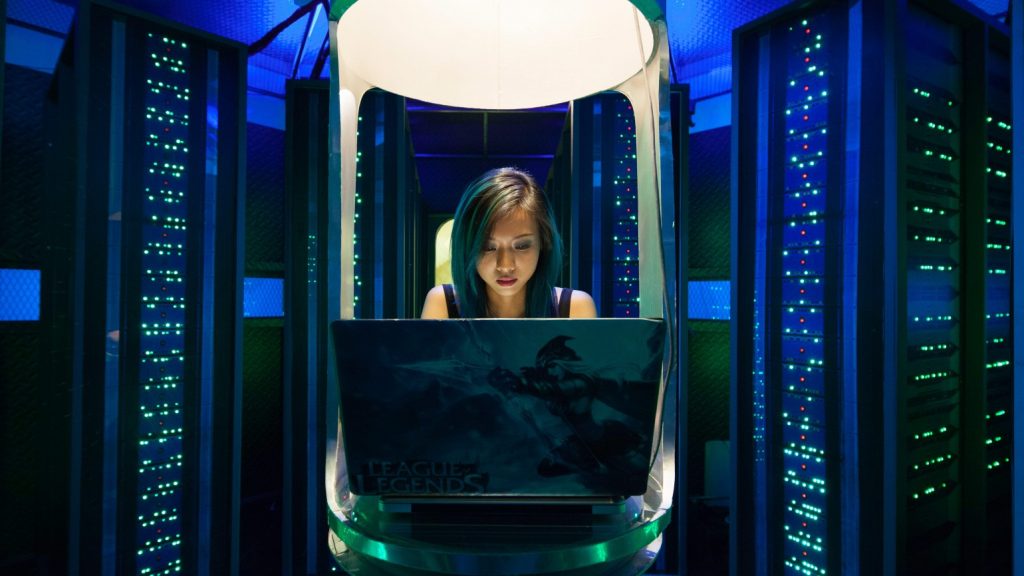 A brand new ransomware called the Crypt is savaging computers around the world. All signs point to this attack being the work of a single hacker called the Ghost, who it seems is operating out of Vietnam. The Bitcoin he collects from these ransoms is then sold to the mob to be used in money laundering operations. And, in Vietnam at least, Bitcoin transactions are illegal.

Special Agent Dada of Interpol is assigned to hunt down the Ghost and put an end to his crimes. She may the best in the business, and when she identifies and apprehends the Ghost’s accountant, it seems like everything is falling into place.

But a mishap causes all the evidence to be lost, and leaves an innocent hacker, Bi, in a coma, shot by one of the Ghost’s mercenaries.

The only way to set things right is for Dada to go undercover. After a fake disciplinary action makes it appear that she has been suspended, she kidnaps the accountant, a nerd named Phuc (which, I assure you, is pronounced differently than you’re thinking). In exchange for burning his criminal record, Phuc will tell her everything he knows, but the only way to prove the Ghost’s identity is to link his personal identity to the Bitcoin wallet he uses.

And for that, they’ll need a team. 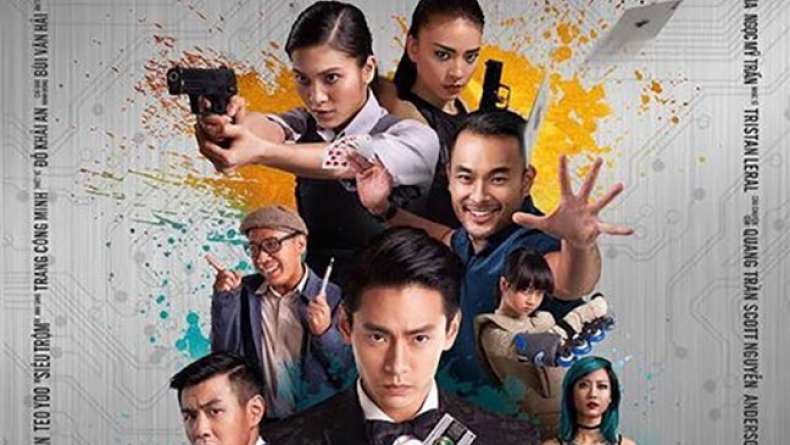 Dada and Phuc’s first stop is the door of a talented stage magician, Jack Magique, whose underworld connections and flair for misdirection will be invaluable for sneaking into the Ghost’s vault to download his private files. But this complicates things, as Jack and Dada have a history together, and it may have ended on a rocky note.

But they won’t get far without the help of a master forger, which in their case means joining forces with Luhan, who has the skills to replicate a unique ring the Ghost always wears. A devoted father, Luhan has a hard time controlling his preteen daughter Linh, the accomplished cat burglar who lends her services to the team.

Last is Vi, sister of the comatose Bi, who now has a bone to pick with the Ghost, and the hacking chops needed to make sure he loses all his Bitcoin. But she will be tested, as she finds herself inextricably drawn to Phuc, whose loyalties are still in question.

A Heist Movie for a New Generation 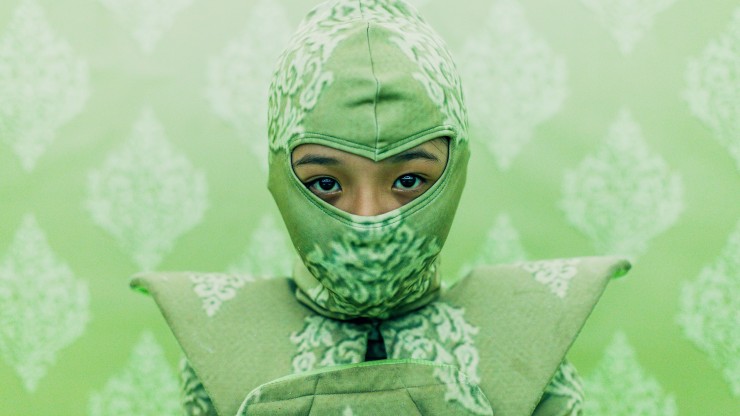 Bitcoin Heist undeniably targets a younger audience than most big-budget Hollywood productions. The characters deal with a lot of issues that may seem alien to older viewers, as League of Legends becomes a plot point and there is a particularly poignant scene where one of the characters reads aloud an issue of Death Note.

In this respect, it is very forward thinking. And while it has not caught a lot of attention in the here and now, it would be plausible to say that decades from now it will be held up as a forerunner of future classics.

Bitcoin Heist is an A+ production, and well worth your time.

The production values are nearly as good as any you will find in Hollywood, and the writing and direction, in many instances, outshines the stuff coming out of Tinseltown.

It’s bit long, at an hour and fifty minutes, but it never fails to entertain and it won’t bore you. I’m honestly surprised that it hasn’t gotten more press, as it is a fantastic movie.

Add it to your Netflix queue or just start watching it right now, as it is worthy of your immediate attention.