Ah, the sports movie. Everyone enjoys a good old “come from behind underdog who claws their way to the champeenship” story. 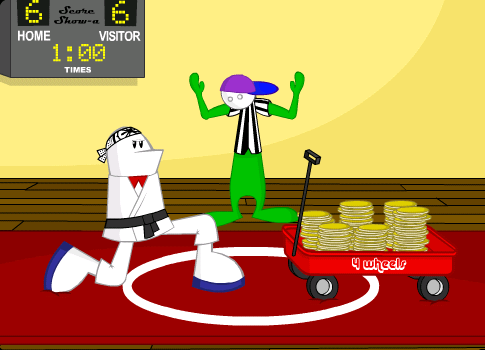 “A wagon fulla pamcakes? In the Champeenship?! I’d like to see ya try!”

In other words, a dance movie. You can do the math yourself (sports movie plot + romance genre = what else?).

And what other flavor of movie is more in need of a good fun-poking?

This is Strictly Ballroom. 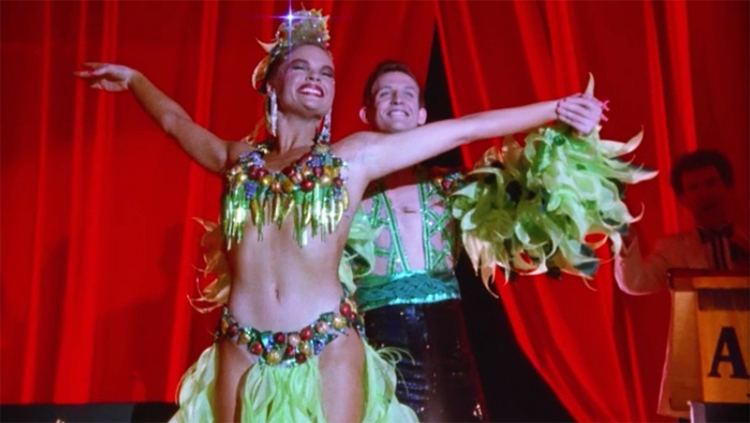 Australian films often get ignored in the U.S. Those that do cross the ocean are usually something of a spectacle, drawing eyes simply because of how unusual they are. 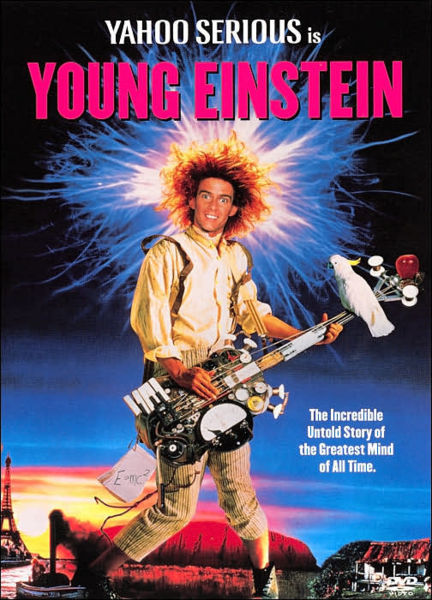 And Strictly Ballroom does not buck this trend. It is colorful, crazy, and melodramatic, with a twist of corny thrown in for good measure.

It’s hard to gauge exactly how self-serious the movie is trying to be. At times it seems to realize it’s a comedy, yet in other places it tries to sell itself as a drama. The dance choreography is top notch, and there isn’t much in the way of joke cracking.

Nevertheless, the movie gets laughs, if only from the absurdity of it all. It’s a typical sports movie story, except that the sport in question is ballroom dancing, and the championship game is a rather small dance competition that only exists to justify the existence of the dance schools that feed into it.

Baz Luhrmann, who directed the film, went on to make two more entries into what he called “The Red Curtain Trilogy”, and you likely have heard of the other two: Romeo + Juliet and Moulin Rouge!

But Strictly Ballroom is perhaps the strangest of the lot, and by far the most comedic. 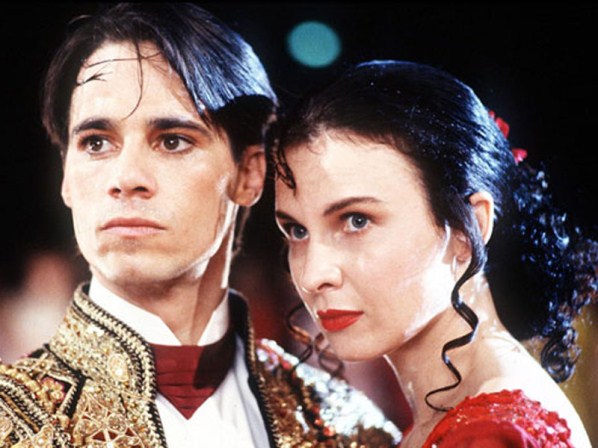 The story is simple: Boy loses dance partner, boy chooses unappealing girl to be his new dance partner, ugly girl cleans up nicely and becomes a good dancer, cliche misunderstanding and/or societal pressures force the new pair to break up, boy comes to his senses and performs small gesture to win girl back.

Not the most cerebral of plots, but also not quite El Tango de la Muerte.

“You are now carrying my child.”
“But how?”
“It is the mystery of the dance.”

But behind it all there is a good message about not necessarily playing by the rules other people set up for you, as our dancers are chastised by the establishment for using non-federation dance steps (how scandalous!) and yet manage to leave an impact and change the culture by doing things their way, etc., etc.

Where the Beer Does Flow and Men Chundah 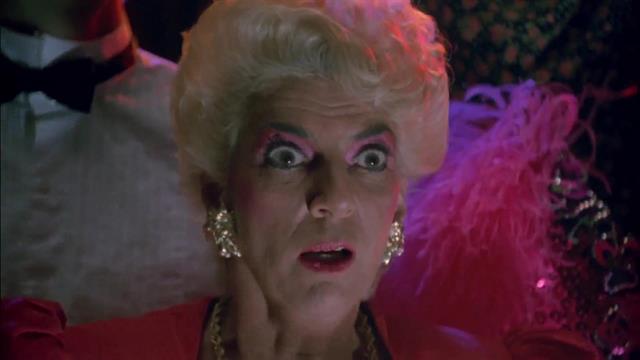 Most of the humor, intentional or not, just comes from how Australian the characters are. That’s why it’s so hard to judge which moments are meant to be funny, and which just turned out that way.

There were long stretches of dialogue where I was not able to understand anything the characters were saying, as they dropped a lot of exotic vocabulary at a rapid pace. But the words themselves were funny enough to keep me attuned to the story.

Gave Me a Vegemite Sandwich 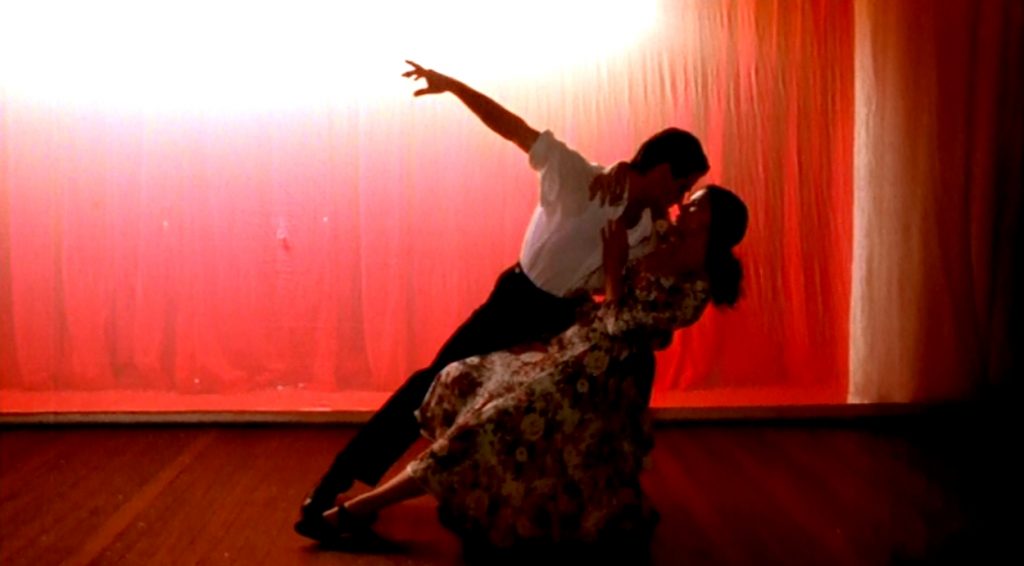 A special mention needs to be made to the cinematography of this film.

Baz Luhrmann’s films often take chances with their camerawork, and it pays off here. A lot of dance films are content to stick with wide angle lenses and profile shots with the action right in the center. And if Strictly Ballroom had gone that route, it would have been a much more forgettable movie.

That this film has managed to distinguish itself from so many dime-a-dozen dance movies is testament to the risks taken here. I might not have been persuaded to finish the film, otherwise. And that’s saying a lot, because I tend to judge my entertainment more by its writing than by anything else. That the cinematography impacted me at all is evidence of Mr. Luhrmann’s cinematic skill.

Do You Speaka My Language?

But, most interestingly of all, Strictly Ballroom is not strictly a movie. 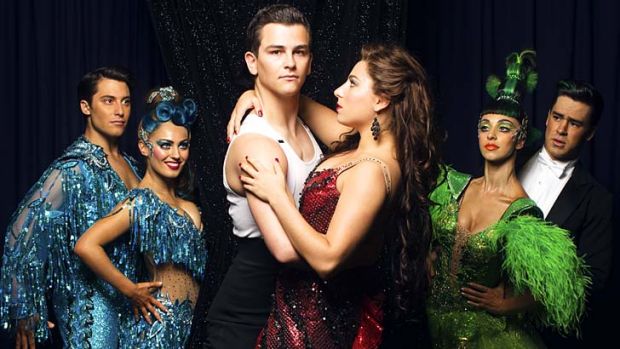 Luhrmann premiered it as a stage play, and recently that play was revamped as a full-on musical that premiered in Australia and has since made its way to London and the U.S. I have not yet seen this musical, but after watching the film I have to say I am interested.

Strictly Ballroom is a fun movie.

It’s not necessarily a great dance movie, or even a great romance movie, but it has a charm that cannot be denied and is not replicated by other dance movies. It also gave me a deeper appreciation for Cyndi Lauper’s “Time After Time”—a song I had never appreciated before until I saw how fittingly it matched this film.

It probably works better as a date movie than as something you want to watch on Netflix by yourself. Or even a viewing with friends would probably enhance the experience. And if at all possible, viewing it as a musical with an audience full of people seems like your best bet.

Don’t write this one off without giving it a go.