Fairy tale deconstructions have been done to death.

There aren’t many places left where they can go. We’ve already had the irreverent mock fairy tale. 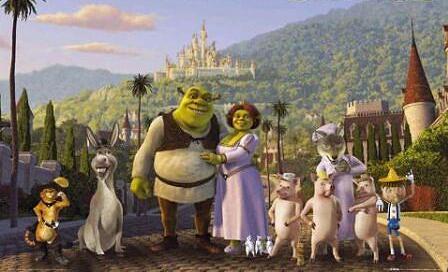 And the grimdark gothic fairy tale. 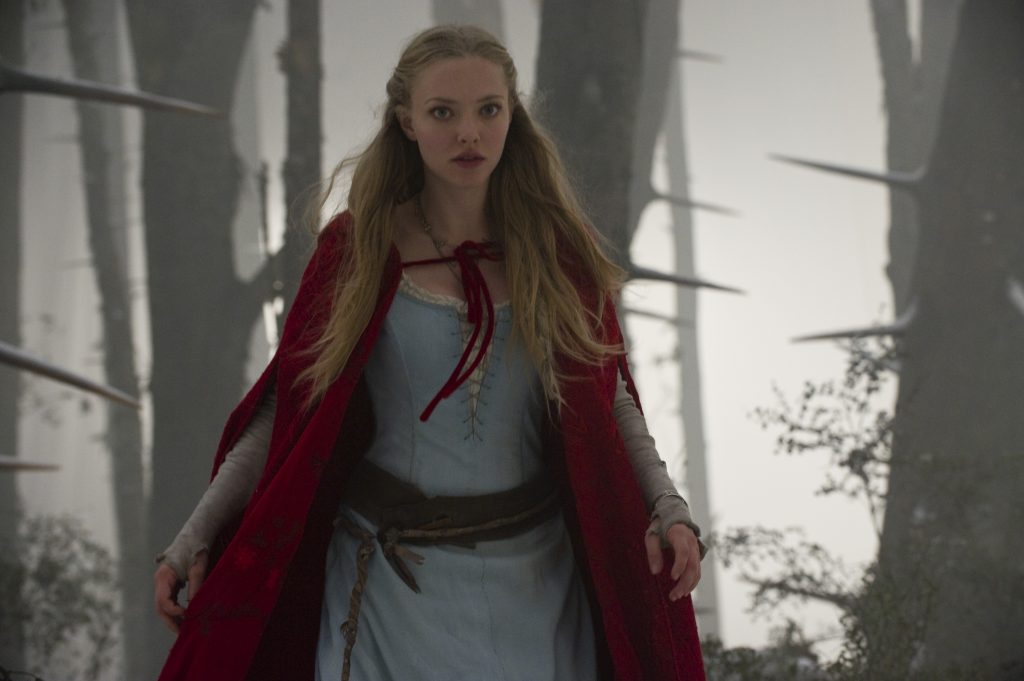 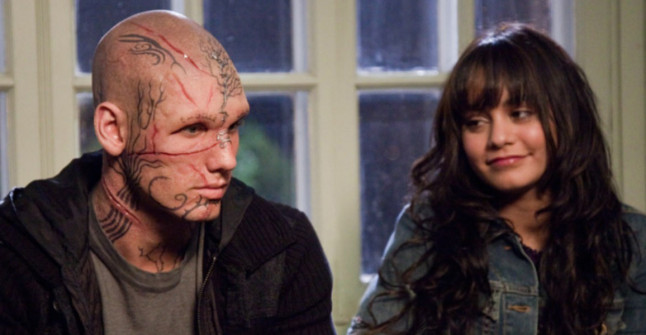 And they have all had their ups and downs. It’s a difficult endeavor. After all, the original tales were great enough to survive for centuries, sometimes millennia. Anyone who tries to update, alter, or even attack these stories is necessarily committing an act of hubris.

Which probably proves the conjecture that Walt Disney was a genius. He approached these stories with a similar hubris, but pulled it off with such elegance that his renditions are now considered the definitive versions of each story. But he never completely undercut the source material. Disney was not, on the whole, a deconstructionist.

Roald Dahl, on the other hand… 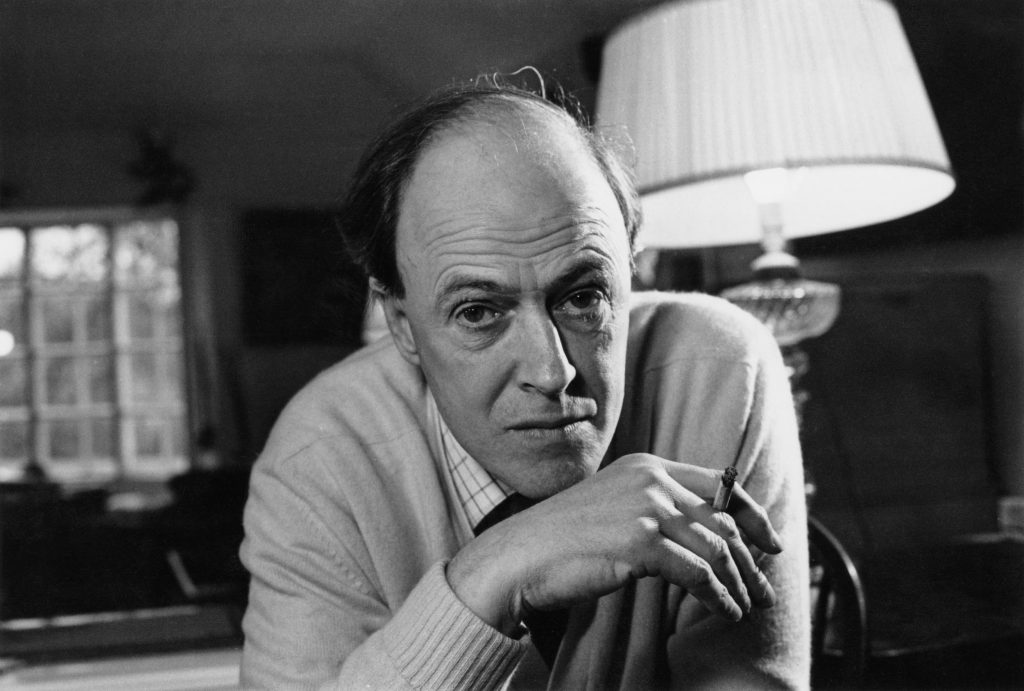 My kneejerk reaction is to say that Roald Dahl was some kind of sadist.

That’s hyperbole, of course, but you can’t quite avoid that notion if you’re at all familiar with his work. His books and stories are united by themes of horror, dread, and monstrous death.

Consider his book, The Ice Cream Thief, in which the protagonist—a little girl—is fed inch by inch into a meat grinder and made into mutton pasties that her parents unwittingly eat.

Just kidding, I made that book up just now. But admit it: for a moment you actually believed it was a real Roald Dahl book. Because even though such a book was never written, he is the only person who could have written it.

And it just so happens that Mr. Dahl was deconstructing fairy tales before it was cool.

A short volume by Mr. Dahl became an early example of the folklore deconstruction genre. It thought to reexamine popular vignettes from the Grimm brothers through the point of view of a wolf, because nobody ever bothered to ask him how things went down. 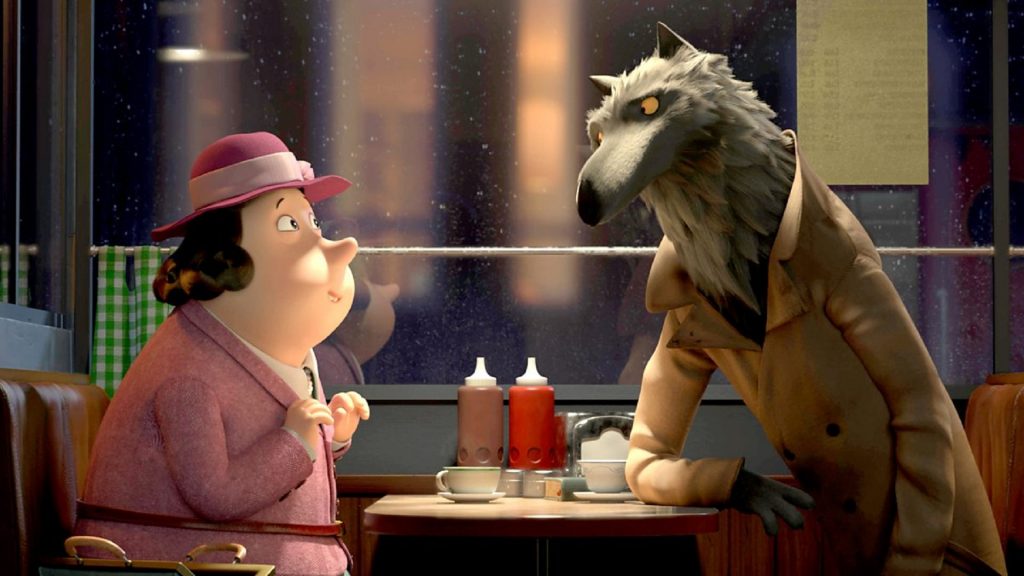 And it was recently adapted into a television miniseries, which has happily found its way to Netflix.

The miniseries has two episodes:

Inasmuch as fairy tale deconstructions have cast a wide net. These stories can’t be said to do anything that hasn’t been done elsewhere. Though it’s possible they were done here first.

However, the most refreshing part of Revolting Rhymes is in how little it actually changes the original tales. It does not seek to undercut the entire premise of those stories. Really, the only thing it does is make the main characters a bit more self-deterministic.

In this version, Red Riding Hood is no coward who freezes in fear until a wolf eats her. Instead, she fights back with a gun, which is unsurprisingly effective at dispatching wildlife.

Likewise, Jack is not content to be bullied by his abusive mother. Opting instead to send her into harm’s way (and gleefully without remorse about the aftermath).

Snow White is equally proactive, taking her own revenge on the wicked queen, on her own terms.

The only character who is more or less the same is Cinderella, who, as usual, depends on a supernatural agent to solve her problems for her, though she is a bit more demanding about it in this rendition. 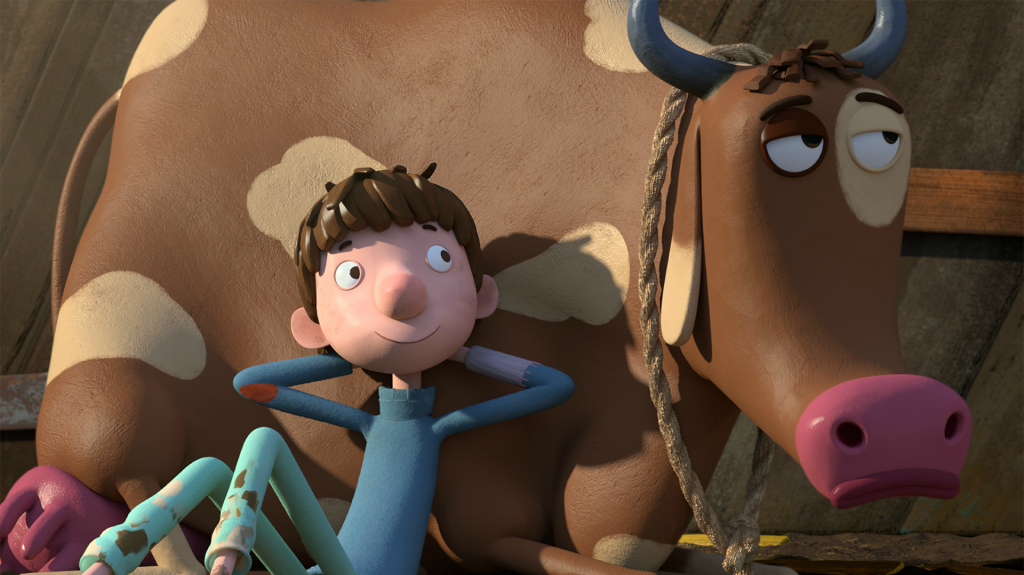 The series is produced with two distinct animation styles: one for the present day frame story, and one for the flashbacks into the fairy tales themselves.

The frame story’s animation is similar to what you will find in any of Illumination entertainment’s films. They feature a lot of cartoonish character models but with realistic hair and texture effects.

The animation for the flashbacks is a bit more interesting, in that it is made to resemble stop-motion animation. The models appear to be made of clay or other craft materials.

The contrast is a welcome bit of depth to what could have been an all too ordinary animated effort.

But Where it Shines is in the Voice Work 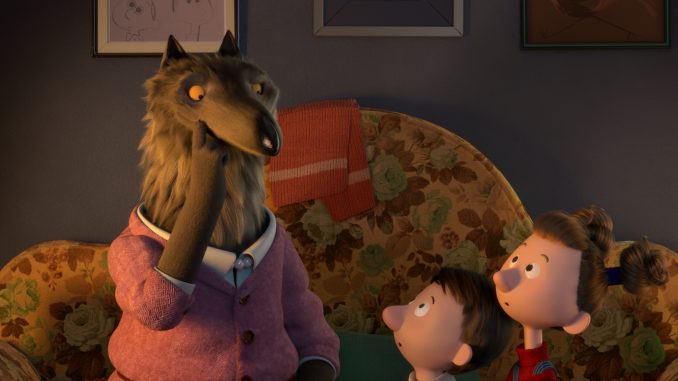 You wouldn’t think voice acting would be hard. It doesn’t require the physical posture, poise, and face work that are necessary for performers of live action.

And yet good voice acting is astoundingly difficult to come by, especially in a TV miniseries put together by a small production company.

Such a welcome surprise then, is the voice acting in Revolting Rhymes, which is delivered with a controlled energy that enriches every moment of the experience. I don’t know who these voice actors are, but they’re not being paid enough.

Revolting Rhymes is a top notch experimental animated series—the kind that I would expect from extremely talented people who were doing this for a university degree.

It never rises to Pixar or Dreamworks levels of artistic excellence, but it is good and solid.

It is also blessedly short, delivering a concentrated narrative with no filler or fluff, and which will ultimately cost you less than an hour of your life to take in.

The only scruple I can find with the work is that, for a Roald Dahl adaptation, it is remarkably lighthearted. It has its moments of mayhem, certainly, but it’s not quite the level of horrifying disquiet we are all accustomed to in Mr. Dahl’s better known stories.

Ultimately, there’s no reason not to watch it.