I didn’t watch a lot of French films before Netflix. 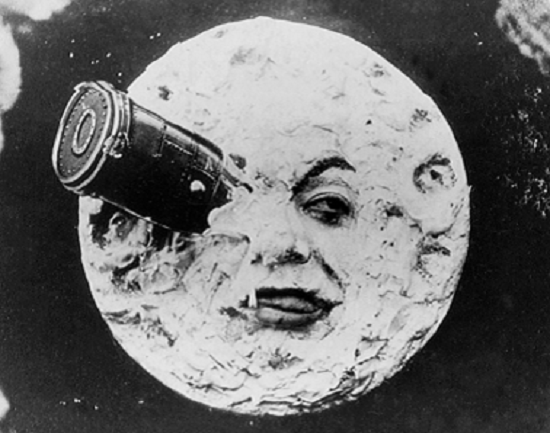 I guess I was just afraid of all the soul-crushing existentialism. A MAN CAN ONLY TAKE SO MUCH SOUL-CRUSHING EXISTENTIALISM!

But since diving into the world’s most popular streaming platform, I have been impressed at how many foreign and indie titles have found a home there. These are films and shows that might not find an audience otherwise, and the idea that I should be able to dine on popular media from any region of the globe is more than a little satisfying. 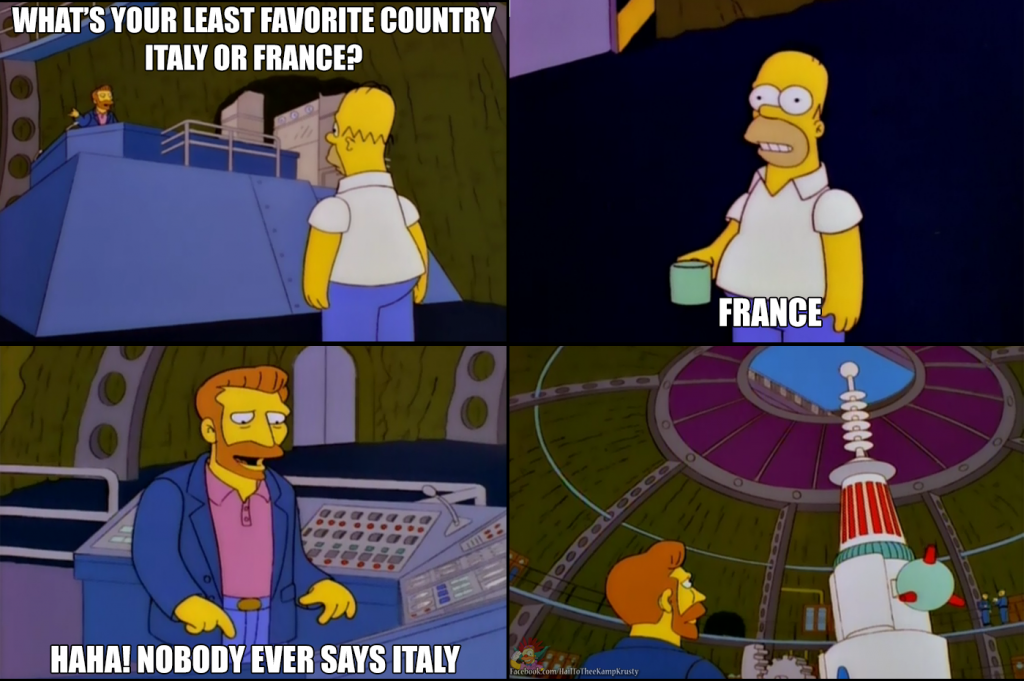 …I have gained a greater appreciation for their cinematic landscape. I liked parts of The Little Prince and saw potential in April and the Extraordinary World.

I figured that perhaps it was time to give them a third try.

This is Phantom Boy.

A New Take on an Old Mystery

The story is basically a sendup of Hitchcock’s Rear Window, where a man with a broken leg sends a woman to investigate a crime on his behalf, except in this case the man is a police officer, the woman is an intrepid reporter, and instead of spying on the villains with a telephoto lens, he employs the agency of a young boy who has the power of astral projection.

The film’s title would imply that the boy, Leo, is our main character, which he technically is, as we spend the most time with him. But as far as importance to the plot is concerned, the reporter does all the legwork and the policeman does all the management.

However, though Leo’s story is relegated as a subplot, it is the emotional core of the film, as his powers are developed from a life-threatening illness which is never named, though it forces him to basically live in the hospital where the crippled police officer is being held. Using the ability also seems to take a toll on his health, and if he stays too long outside his body, his phantom self starts to disappear, heralding what could be a life-ending event.

It would be better for him if he stopped using this power entirely, except that New York City is currently living under the shadow of a ruthless hacker called “The Face”. 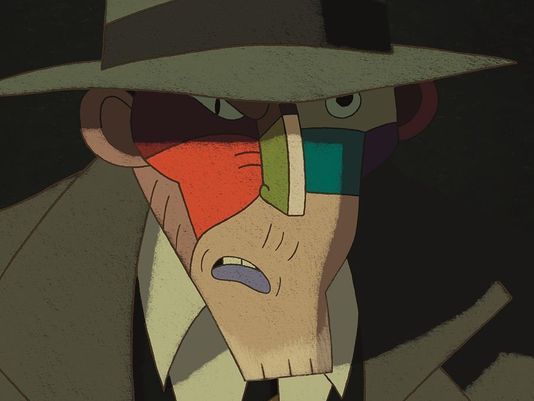 A Picassoid and enigmatic killer who, in his own words, is out for money and vengeance (though the “vengeance” part is never explained in the movie), the Face infects NYC’s power grid with a virus capable of shutting down the city permanently. To buy his clemency, the city must pay a billion dollar ransom.

To avert this crisis, and also protect the reporter as she stealthily investigates the Face’s operations, Leo has to put his own health at risk, using his power to save New York. 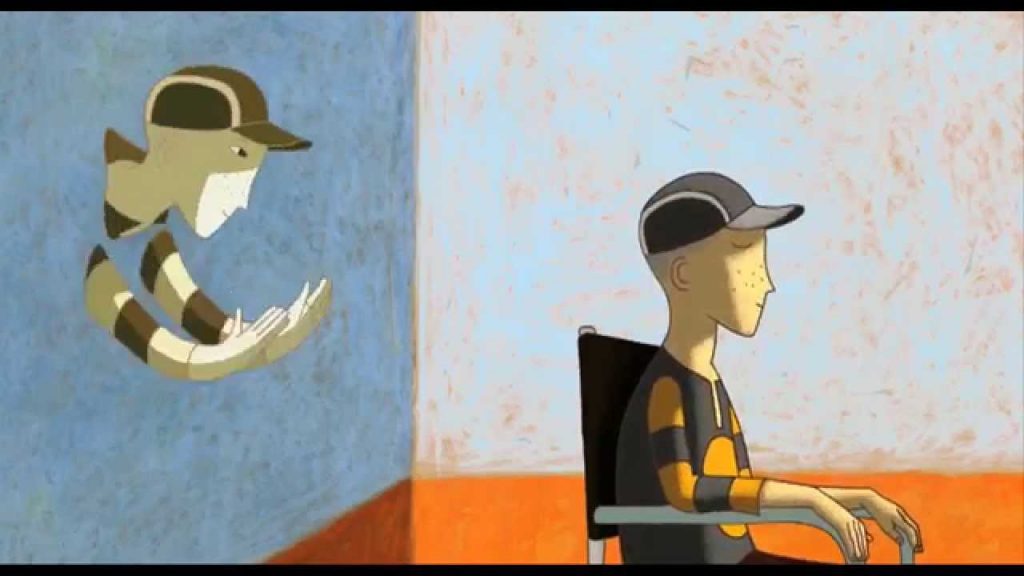 Hand-drawn animation is a rare enough sight these days. But what Phantom Boy offers is something stranger still.

The animation quality is by no means extraordinary. On the contrary, the film goes to some lengths to make itself seem unremarkable. The art is more on par with a well made illustration in a children’s book. The backgrounds feature a lot of pastel work, and the animated characters are constantly surrounded by a wobbling of their outline, as if every frame is drawn independently of the ones before it.

The overall effect is rather pleasing, though it is undercut a great deal by the terrible lip-sync work (Netflix does not give you the option of watching the movie in its original French).

While we’re on the subject, I should mention that the English voice acting is hit and miss. It is a thousand times more tolerable than April and the Extraordinary World in this regard, but still does not recommend itself overall.

There is, however, one point on which Phantom Boy goes beyond the mark and shatters expectations, and that is in its musical score. 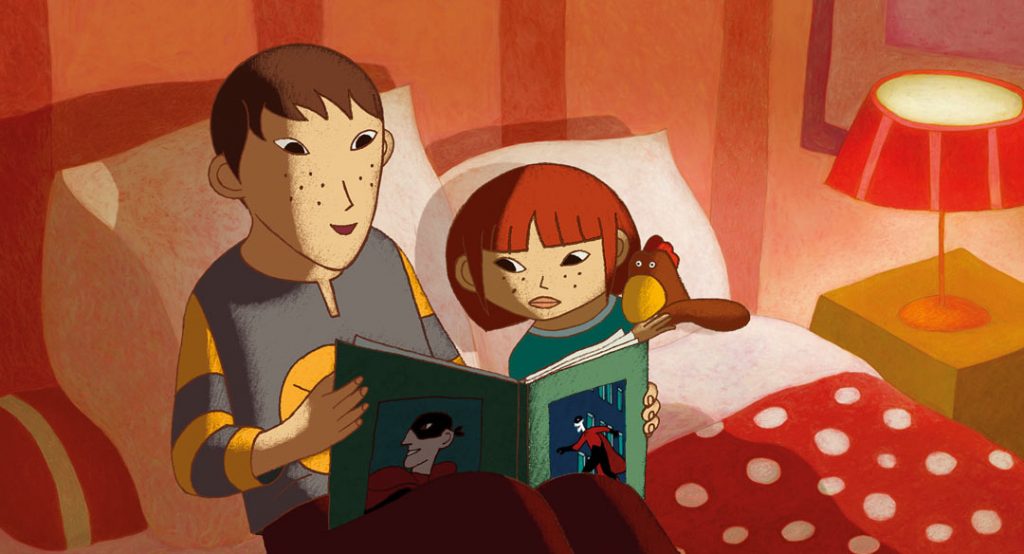 I had never heard of Serge Besset before this film. And, apparently, he has not done a lot of high-profile work, which is a shame.

Phantom Boy‘s score is fully orchestrated, and that orchestra is in the hands of a capable and sharp-witted composer. The music honestly covereth a multitude of the film’s sins, and ratchets up my overall grade by several levels. While I doubt I will ever buy the soundtrack, every moment of music perfectly matches the action onscreen, wordlessly narrating the world and giving it a steep new dimension.

What I Still Wish For 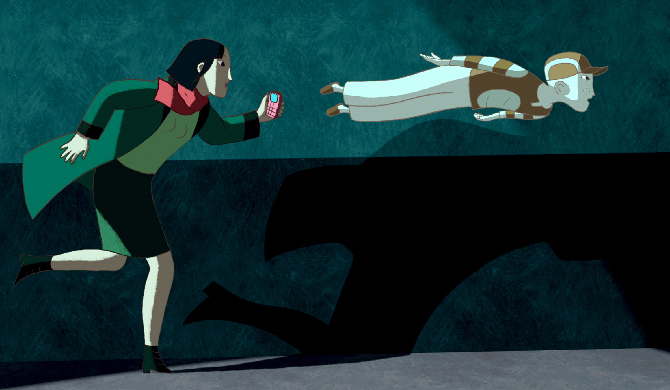 However, there were quite a few ways in which this film disappointed me.

Of particular note are the story’s villains, who are as bumbling and stereotypical as it gets. Even when the stakes were high, and character deaths were a near-certainty, I found myself utterly unintimidated by these supposed rogues. As this movie took so much inspiration from Hitchcock, it’s a wonder the filmmakers didn’t familiarize themselves with one of his more famous quotes:

Incompetent villains lead to a lack of dramatic tension. And if Phantom Boy had had a lot more dramatic tension, it could have been so much more than a good film. It had a great deal of potential.

The other major disappointment of this movie was that how much it left unexplored. It went places other animated films have not gone, but it could have gone so much further. Leo’s illness, the implications of his powers, and the Face’s backstory all could have been delved more deeply. We might have, for example, actually witnessed Leo interacting with more phantoms (we only see one other in the entire film), and if we had been treated to a scene of him watching someone else fade away, it would have been all the more unsettling when the same thing starts to happen to him.

But I realize that all filmmakers are bound by certain expectations. And it’s hard to justify taking an animated family film in a dark direction. The movie goes as far as it can, and does quite a bit with the short leash it seems to have been put on.

Phantom Boy is a good movie that was almost a fantastic one.

I regret that I cannot watch it in its original French on Netflix. Apart from that consideration, however, I will say that Netflix is a good place to catch this movie. It’s a little fun and a little mysterious, and it doesn’t quite live up to its potential, but I admire what it was trying to do, and it succeeds a lot better than a number of other animated offerings these days.

I recommend it, if you’re ever in the mood for something out of the ordinary.

Netflixing: Bitcoin H...Advent 9 AccoladesWhy I Won't be Seeing All the Ways to Get Rejec...Hint #14: Care