Dr. John Horne joins us again this week. He has a Ph.D in marine biology and writes a broad variety of genres.

Growing up my father used to say, “I’d rather be lucky than good.” But it wasn’t until I was older that I could fully see the wisdom (and the humor) in that statement.

To some extent random chance will be a factor in whether or not you succeed. I would even argue that it will be a huge factor in determining the outcome of your life. Some people may find success through pure talent and ability alone, but I’m increasingly convinced that most people who make it big are more lucky than good.

It may seem unfair that one person can be wildly successful, while another of equal talent and drive fails to live up to their potential, but this is common in our world. For every somebody there are countless could-have-beens.

Specific examples of could-have-beens are numerous. Do a Google search of “could-” or “might-have-been” and you’ll be satisfied. The point is, there are plenty of them.

Moreover, it’s completely fair. People who say that life isn’t fair, that we should all be rewarded equally for our efforts, that talent should determine success, that everyone should be born with the same opportunity, don’t understand the world… or statistics. 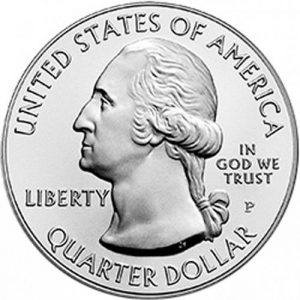 If you flip a coin, what are the odds that it will land heads, or tails, side up? Invariably it is 50-50. If the coin is flipped haphazardly, and given a decent spin, the halting of its rotation will be random every time. It is fair, unbiased, and few people would argue otherwise. It is a form a justice, employed in a range of dilemmas from who gets the last Popsicle, to which team will kick off in the Superbowl.

Also, each toss of the coin is independent. That is, the result of the previous toss has no influence whatsoever on subsequent tosses.

So, if you flip the same coin an infinite number of times what are the proportions of heads and tails that you would expect? Again, the answer is 50-50, because with a sufficiently large number of tosses, the results are going to converge upon the probabilistic ratio. We call this the “law of averages.” And again, nobody would dispute its fairness.

Now suppose that we only flip the coin ten times. What ratio of heads and tails do you expect? Certainly five and five would not be out of the ordinary, but neither would six and four, seven and three… and so on. Even a result of ten and zero, while unlikely, is not beyond the realm of feasible possibility.

If you thought that rant was silly, it was. But is it not equally silly to say:

“Why did she get the job instead of me? I’m as good as her.”

In both cases the answer is: there was only one position, or one raise, available and they had to give it to somebody.

Apply that same logic to the following:

Q: Why was I born to poor parents instead of rich ones?

A: Because there weren’t enough rich parents for everybody to have them.

Q: Why am I not as attractive, or smart, as some people?

A: There were only so many beautiful, or smart, genes in the gene pool. Tough luck kiddo!

By all means, try to find meaning in your disappointments and struggles. I do. But don’t overlook the possibility that your shortcomings may be best explained by random chance.

When it comes to your looks, your intelligence, and many of your talents, genetics has had a direct influence. Every nucleotide of DNA that you inherited was influenced by many generations of random processes, not so different from a coin toss. So if somebody seems luckier than you are, it’s only because they are on a different end of a normal, predictable, and expected, random curve. There’s nothing unfair about it.

Furthermore, even if you are genetically lucky, your personal circumstances may not allow you to capitalize on your meiotic good fortune. You might be born good looking, but when your childhood home burns down your face is covered with third-degree burns. Now instead of growing up to be Brad Pitt, your future self looks more like Freddy Kruegar.

But houses burn down sometimes… by accident.

Also, if you are constantly comparing yourself to people who seem luckier than you, and concluding that life isn’t fair, you are committing a logical fallacy. Some people call this cherry picking, but I prefer the term “Texas sharp shooter.”

It’s easy to find a group of people in the world that are enviable, and that make you look unlucky by comparison. But this is not good logic. If you really want to know how lucky you are, take a random sample from the population. Collect the largest sample you can. And don’t limit your comparison to one area of good fortune only.

If you are a Texas sharp shooter looking to feel sorry for yourself, life will always seem unfair. You will always see four heads-up coin tosses and think you deserve at least five instead. But what you need to realize is that the law of averages does not apply at such a small scale. But this does not mean the probabilities are not real, or that the result of your ten coin tosses is a gross injustice.

When it comes to being successful in life, sometimes I feel like the world is a casino. If you’ve ever been inside one you’ll know that the casino always likes to announce it’s big winners: 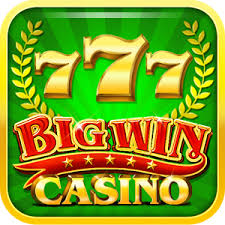 Just like any casino, the world has it’s own big winners, and it likes to announce their names over the loud speakers. They’re called celebrities–people who had the right mix of talent and circumstance to make the big time. Many of us admire celebrities, but the truth is, most are not as remarkable as they seem. There were others just as talented as them but never caught a break, weren’t in the right place at the right time, or were somehow derailed in their journey to the top.

The world shows us celebrities so that we’ll keep on gambling. We think: if they can make it, we can make it too. And that is true. We can. In theory. And this is why you should never douse the flame of someone else’s ambition with the water of your pessimism… because the world is always picking new winners.

Anybody can become a big winner, and random chance will play a big part in their success:

The journalist stumbles into the scoop of the century.

The young athlete gets noticed by the talent scout.

The entrepreneur happens across the golden business opportunity.

The scientist, completely by accident, makes a huge breakthrough.

The novelist fortuitously snags the right agent… and publisher… for their story.

And so, if random chance is one of the most important factors determining our success, then life becomes a numbers game. The odds may be stacked against you, but the longer you play the more the law of averages will be on your side. It is as Calvin Coolidge once said:

Some people say that you make your own luck. And that is true. You make it by giving yourself every opportunity to succeed. More often than not, this means being persistent, spending long hours in the casino, and doubling down on your wager.

I’ll end by saying that there is no shame in being a loser. If you never hit that rosy jackpot, or fail to break even, I won’t think less of you. Likewise, I won’t blame you for cashing out with what money you have left. It even occurs to me that true happiness may not be found within the doors of the casino. But even if that is true, I think I’ll be here for a while longer…

One thought on “On the Randomness (and fairness) of Success”