The budget is bigger.

The stakes are higher.

And events are about to get a bit more…unfortunate. 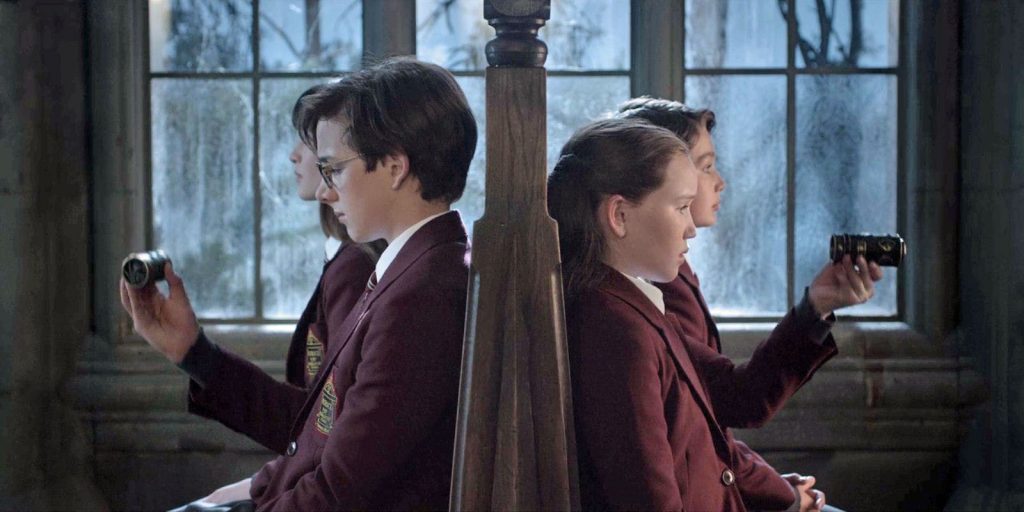 After a year of waiting, we are finally treated to Lemony Snicket’s A Series of Unfortunate Events, season 2. This new selection covers books 5 through 9 of the story, with storylines including such horrors as

What are three precocious orphans to—

What are five precocious orphans to do, when faced with such overwhelming odds?

Last Time, on A Series of Unfortunate Events

Violet, Klaus, and Sunny Baudelaire lost their parents in a lethal fire that destroyed their home and all their Earthly possessions.

Thereafter, they were given to the custody of Count Olaf, an actor with a hunger for the immense fortune the Baudelaires will inherit upon coming of age. 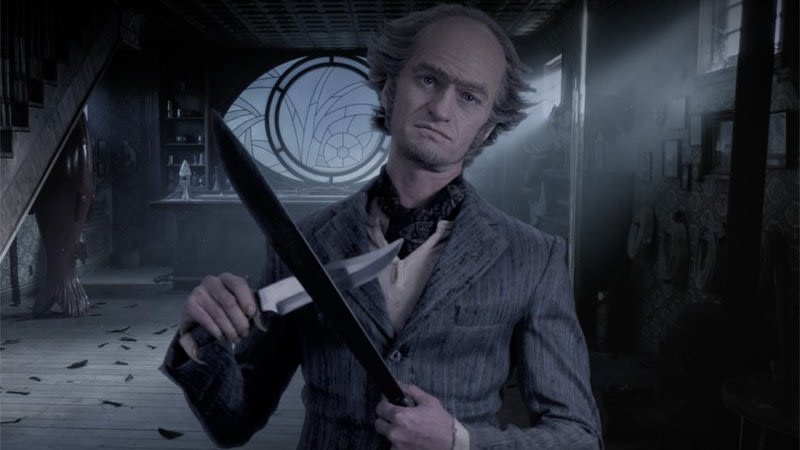 Olaf is a cruel guardian who physically abuses the children and attempts to loophole the Baudelaire fortune out of escrow by marrying Violet and murdering the others.

When the Baudelaires escape that fate, they are placed with two more guardians, both of which are murdered by Count Olaf.

Meanwhile, the orphans and Olaf are tailed by a mysterious group of people who seem to be behind all the strange happenings in the Baudelaires’ lives. The only clue to what this group is or how they are connected to the children is a strange broken spyglass found among the Baudelaire parents’ possessions.

In time, the children are then put to work at the world’s worst lumber mill, where Klaus is manipulated into almost murdering an innocent man. With that episode behind them, the children find themselves at the worst school in the world.

And there, they find they are not alone anymore. 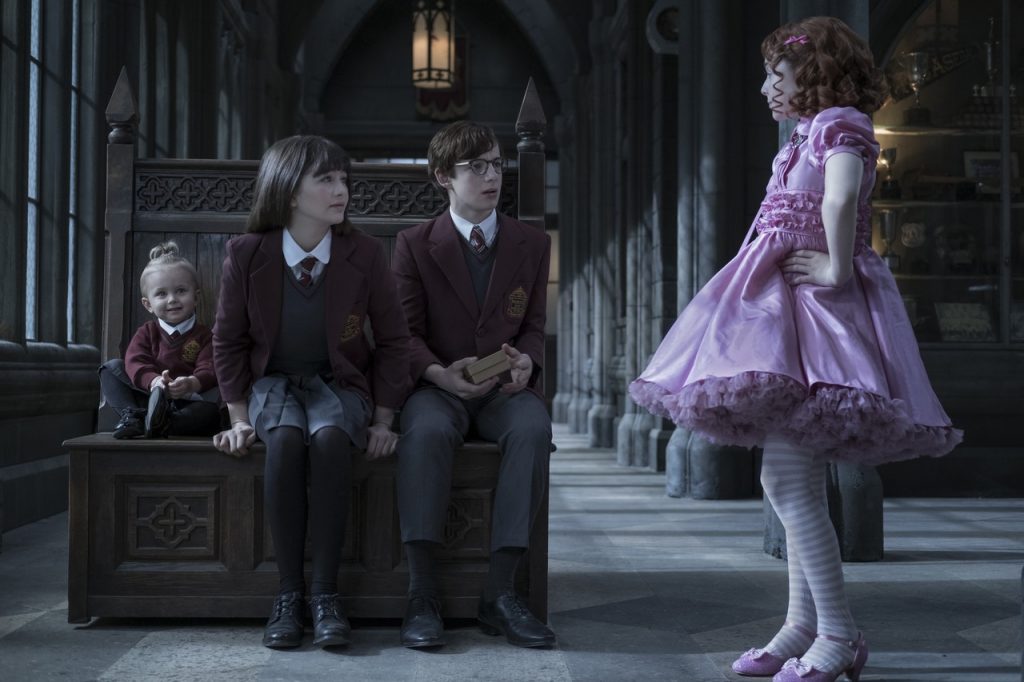 If you remember my review of the first season, you’ll know that I enjoy this series enough to attempt emulating its tongue-in-cheek style of humor.

I have read the books, and the show’s faithfulness to the source material has influenced my enjoyment of the project as a whole.

Season 1 was an excellent effort with a number of conspicuous flaws.

Season 2 polishes away a lot of the problems I had with season 1, proving that a bigger budget covereth a multitude of sins. The special effects and set design were kicked up a notch for the new season. The central cast is expanded to include series favorites, such as Esme Squalor and Carmelita Spatz.

But then they had to throw in Nathan Fillion. 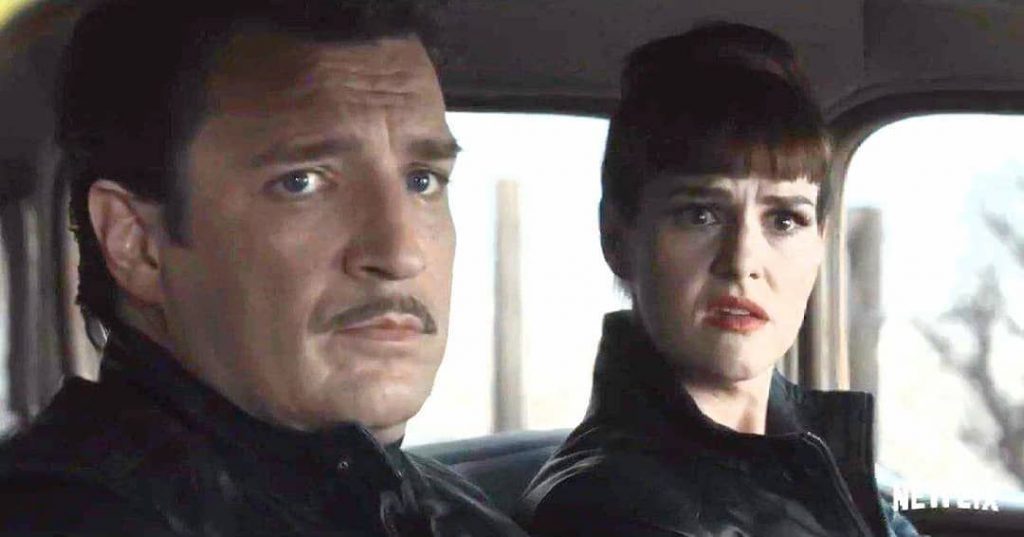 Those who have read my Firefly review are already aware of my dislike for Mr. Fillion’s acting, which unfailingly follows the same pattern: he tries to sell his masculinity through an overworked application of swagger—a thing which he is really bad at doing.

But since Neil Patrick Harris owes him one for appearing in Dr. Horrible’s Sing-along Blog, he apparently gets to play Jacques Snicket in this show (that’s just a guess; I actually have no idea why those two were reunited here). 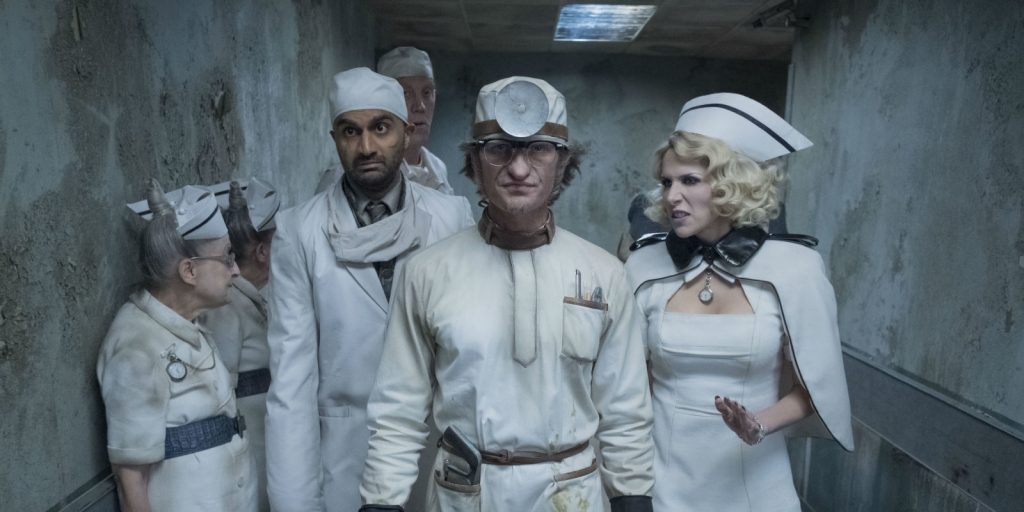 Following the lead of the book series, these episodes go to a lot of darker places than were covered before. There is a great deal more death, cruelty, and moral dilemmas. The villains are more vile, but he heroes don’t exactly come away clean.

It should also come as no surprise that the best book in the series is blessed with the best screen adaptation, as The Hostile Hospital dials up both the laughs and the scares the series is famous for. The episodes here bring with them a nightmarish quality which enriches the flavor of the story.

One particular scene, in which Violet is separated from her siblings, is worth special note. In it, she has a dialogue with Count Olaf—just the two of them, talking. But the things being said are deeply disturbing. It was Neil Patrick Harris’s finest moment and proof that this show NEEDS AN EMMY! 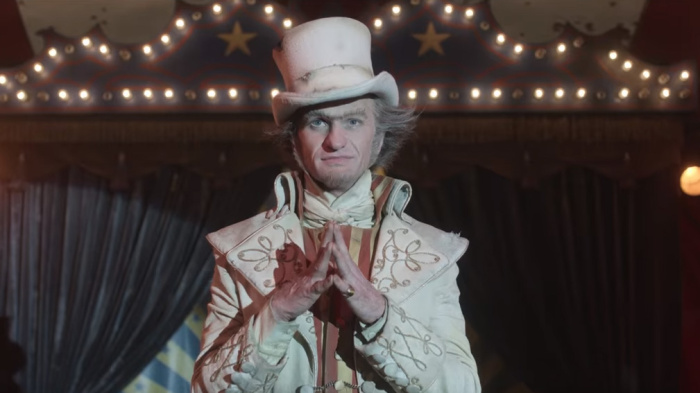 This season does have an advantage over the others, in that this one has two more episodes.

That said, it improves upon the first season in every imaginable way (and I’m not kidding about the Emmy potential—it’s that good of a season).

And best of all: the jokes land harder and sharper in this season. There was no shortage of laugh-out-loud moments, and all the newcomers fit into the comical aspects of their roles and hit their beats even when they’re also raising the tension.

The spirit of the books is well preserved, even while a few noticeable changes have been made. I was surprised to find K. Todd Freeman reprising his role as Mr. Poe, considering how the final moments of season 1 seemed to presage the idea that he was leaving the series, and in the books he pretty much disappears after The Vile Village, not showing up again until the end of The Grim Grotto, and then only briefly.

If I could give one little nitpick (aside from Nathan Fillion) it would be that, much like in season 1, I was disappointed with how many helpful adults there turned out to be. 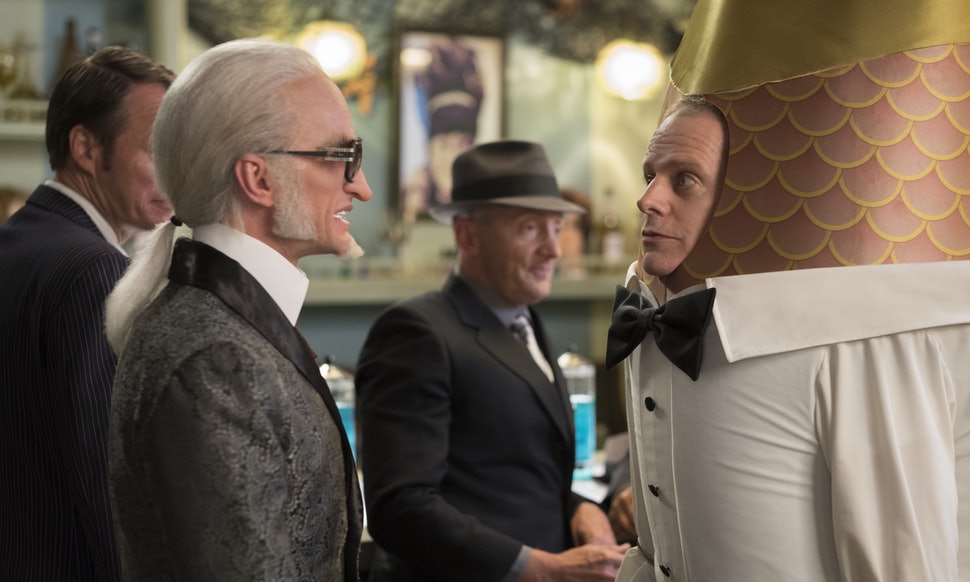 Because in the books, the Baudelaire children were more or less on their own. And while they were being helped behind the scenes, these revelations usually occurred after the fact. Those adults that did try to assist the Baudelaires were usually incompetent to the point of uselessness.

This was done to as a way of forcing the children into a more active role, yes. And, though A Series of Unfortunate Events takes it to comedic extremes, a lot of other children’s literature employs the same tactics, featuring inept adults who cannot solve the story’s central problem.

But with A Series of Unfortunate Events, this particular ploy was much more significant. The book series is, in many ways, the story of what it’s like to grow up as an intelligent person in a society where intelligence isn’t particularly valued. Many of the books’ readers could commiserate with the Baudelaire’s situation.

The Kafkaesque themes of the books, where any intervention by authority only made things worse, played into this idea extremely well. To see those themes undermined in the Netflix series robs the story of much of its magic.

Season 2 is better than season 1. And the improvements found in season 2 retroactively justify most of the flaws of season 1.

A Series of Unfortunate Events, whether as books, a movie, or a Netflix series, is a triumph of narrative Voice. The way the series plays with themes, through the lens of a powerful Voice, is the source of its appeal. That appeal, I’d wager, is timeless, and I would be surprised if this Netflix series ends up being the last adaptation of the books.

You won’t regret it.

Having OptionsSorry, but Big Things are...The Importance of Taking ...The "Famous First" MethodThis. Is. IT!