This is the second installment of my movie proposal. For part 1, click here.

The following post contains MASSIVE spoilers for the recently released Avengers: Infinity War. If you have not seen that movie, then please lock your computer, go to the nearest movie theater, and experience it for yourself.

Then come right back and continue reading.

The following is a rough outline (not a script) and is subject to change.

Much as I secretly hope it could be made into a finished product, I recognize that it’s probably not going to happen. Knowing this, I’ve allowed my imagination to run wild without limitations. If the result seems a little random, scatterbrained, and amateurish, that’s only natural.

After Mephisto is done hinting at his next big scheme, we cut back to the muppets.

Dr. Bunsen, surrounded by the surviving muppets, gestures with a pointing stick at an elaborate set of blueprints that clearly depict a giant drill vehicle.

Dr. Bunsen: “The drill itself is made of pure vibranium for breaking through the densest part of the Earth’s crust and mantle. With a large arc reactor powering the device, we should be able to penetrate all the way into Heck in a single go.”

All the muppets nod and mumble their agreement.

Miss Piggy: “Oh, Kermie, this is wonderful. We’ll have all our friends back in time for my birthday party.”

Kermit: “I dunno, Piggy. This all sounds kind of…”

From off screen, a new voice speaks up.

New Voice: “Well, I have just one question.”

The camera spins around to reveal the speaker, Phil Coulson, acting director of S.H.I.E.L.D.

Phil: “Who are you people?”

The muppets greet the question with a long stare. Phil is obviously uncomfortable having to share his desk with a couple of Snowths. 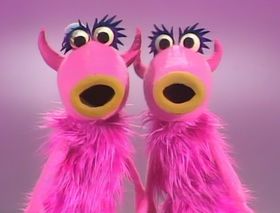 Phil: “Seriously, who are you people?

Phil: “Do you clearance to be here?”

Phil: “I should have guessed. But why are they here?”

Kermit rather meekly explains their situation, throwing the fate of the muppets upon the sympathies of S.H.I.E.L.D. Phil turns to Sam with an incredulous glare.

Phil: “You know, Sam, this is exactly the kind of thing your security training was designed to prevent.”

Phil apologizes, but explains that everyone is going through desperate times right now. With half of the Earth’s population missing in action, S.H.I.E.L.D. has its hands full putting out fires.

Phil: “And now you want me to focus all my attention on getting your friends back, using the most expensive materials on Earth to create some sort of super drill? Buying that much vibranium would bankrupt S.H.I.E.L.D. And the prices have only gone up since the battle of Wakanda.”

Dr. Bunsen: “I assure you, Director Coulson, the cost will be well worth the reward.”

Phil: “Oh yeah? And just how long will it take to build this drill.”

Dr. Bunsen: “The same length of time it takes to build any machine: exactly one montage.”

Phil: “That’s…something I’d like to see. But we just don’t have the manpower. In the past 24 hours, we lost half our agents and, oddly, also whatever clothes, weapons, and effects they were wearing at the time.”

Everyone agrees how strange it was that people’s clothes and possessions seemed to die with them.

Still, the muppets persist, begging Director Coulson for the chance to rescue their friends from an endless darnation in Heck. But Phil only agrees to help them once he discovers that the Snowths have permanently imprinted on him, and the only way to get rid of them is to get Mahna Mahna back from Heck.

If it can be managed, there could be a montage where Phil tries to go about his daily routine—breakfast, exercise, work—accompanied by the constant interruptions of the Snowths, until he finally acquiesces to the muppets.

However, he has one condition: if this is going to be a rescue operation, then he is going to lead it himself.

Several jokes later, the muppets have a working drill vehicle to take them down to Heck.

Each muppet packs a bag for the trip, consisting of whatever they think they might need. Fozzie brings rubber chickens. Piggy brings 100 different outfits. And Kermit decided to bring the snow globe—his birthday gift to Miss Piggy. He does this in a portentous manner.

Dr. Bunsen takes the controls, and Crazy Harry fires up the machine…with literal fire. And soon the team is on its way deep underground.

Seated on a throne of darkness in a large cavern, Mephisto ponders aloud what he had to do to take the Infinity Gauntlet from Thanos.

His minions present him with a Powerpoint of several comical options, such as tricking Thanos into thinking he’s won a contest, or hypnotizing him with a simple pendulum, or seducing him while disguised as Lady Death.

Frustrated at the number of bad ideas he’s hearing, Mephisto tells his henchmen to simply steal the gauntlet while Thanos is in the shower, because that’s how you steal jewelry.

The conference is interrupted, however, by a sudden rumbling that shakes Heck to its foundations. Mephisto is understandably upset by such a development and orders his minions to investigate.

The drill vehicle falls out of the ceiling and crashes, throwing up infernal dust. The hatch opens, and out pops the intrepid Director Coulson, ready to lead this rescue operation.

And he is immediately captured by Mephisto’s minions.

As the rest of the muppets clamber out of the machine, it becomes obvious that they are not in for a warm welcome. Mephisto’s minions chase them up, down, and sideways through Heck, in a funny and (of course) musical chase scene, during which they all get separated.

Now, if you know anything about the Muppets, or any Muppet-related properties, you know that they are always accompanied by spectacular celebrity cameos. And Muppets: Infinity War is no exception. 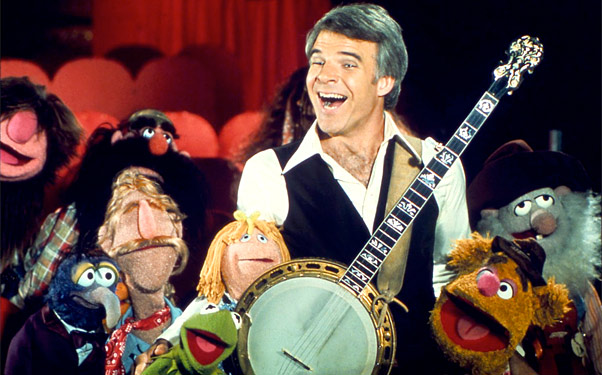 So, what kind of cameos can we expect the muppets to come across while running in panic through the halls of heck?

Why, every character from the Marvel Cinematic Universe who died during the events of Avengers: Infinity War, naturally.

Picture this: we encounter Gonzo in a group with Gamora, Drax, Mantis, and Groot, all comparing notes on their various alien home worlds.

Peter Quill is rocking out to the Electric Mayhem.

Black Panther and Sweetums are staring each other down.

Scarlet Witch, Vision, and Winter Soldier are in line for some of Swedish Chef’s cooking. Rizzo complains about having to bus tables.

And nearby, we have none other than Stan Lee and a digitally inserted Jim Henson, taking in all the mayhem.

Stan Lee: “Hey Jim, get a load of these freaks.”

Also seen among the throng are the Moopets, acting like they own the place.

Meanwhile, Rowlf and Spider-Man are hiding from all the hullabaloo when Spider-Man is accidentally knocked into a lava pit. An angelic Peter Parker rises out of the magma.

Peter: “I’m double-dead now. That means nothing can bring me back, not even the Infinity Gauntlet. That part is canon.”

Rowlf: “You don’t mean that. [Turns to face the camera.] He doesn’t meant that, folks.”

Rowlf: “NO, YOU DON’T. Do you have any idea how many people are still crying over you?”

Ashamed, Rowlf covers his eyes and weeps a little.

But, after a lot of physical comedy, the entire muppets gang is finally reunited.

Dr. Bunsen is overjoyed at the return of Beaker.

Walter is glad to see everyone.

And out of the mists of Heck, Waldorf stumbles towards Statler. But what is almost a tender moment is interrupted by a mean joke about how the muppets are basically in hell, which both men laugh at before finally hugging.

Their mission accomplished, the group decides that it’s time to go home, until they come to a dreadful realization.

Demonic henchmen shackle Phil Coulson to the cavern wall. The two Snowths are imprisoned alongside him.

Mephisto: “I’ll give you this: you caught me completely by surprise. What brings you to Heck, Phil?”

Mephisto: “Are you sure? It’s pretty evil.”

Mephisto: “Alright, alright. Twist my arm off, why don’t you.”

A great wind swells through the throne room of Heck, and flashes of lightning accompany Mephisto’s declaration:

Mephisto: “I, Mephisto, Lord of Darkness, am going to kill the remaining half of the universe.”

The interruption undercuts Mephisto’s dramatic moment, and he is nonplussed, to say the least.

Phil: “Well, that is…pretty bad. But you won’t get away with it.”

Mephisto: “Oh yeah? Who’d you bring to stop me? The Avengers?”

Phil: “You might want to sit down for this one.”

The muppets quickly discover that they cannot pilot the giant drill without Coulson (why did they give him the keys, again?).

A million different arguments break out, as Miss Piggy demands that they leave this stinking cave immediately so they can celebrate her birthday, and Dr. Teeth reminds her that at least she didn’t die today, while Uncle Deadly opposes the idea of even leaving Heck, as he has grown quite attached to the place.

Despite his best attempts, Kermit is unable to quell the hysteria. Disheartened, he wanders away from the group, through caves and lava pits, to sit by himself on a fallen stalagmite.

Kermit: “All I wanted was to put on a show and throw a party.”

He sighs, pulling out the snow globe he bought for Miss Piggy. Winding a key in the base of the globe it starts to play a melancholy tune from a hidden music box.

Careful listeners will recognize the melody as “Rainbow Connection”.

Kermit looks all around, but can’t find the one who spoke.

Mysterious Voice: “You know, there really aren’t that many songs about rainbows. One, maybe two at most.”

Kermit: “What are you saying?”

Mysterious Voice: “I’m saying that your lyrics are kind of dishonest. I mean, is it really that hard to be green? Level with me.”

Kermit: “I…uh…don’t know how to respond to that.”

The voice chuckles, then groans.

Mysterious Voice: “I am sooooo hungry. You know what would really hit the spot right now?”

But that’s okay, because the owner of the mysterious voice emerges from behind a rock column.

Kermit stares in silence as the Merc with a Mouth walks over and sits down next to him on the toppled stalagmite. Deadpool introduces himself and, though reluctant at first, Kermit opens up to him. They bond while talking about the troubles of being a leading man and how ridiculous a Marvel/Muppets crossover is to begin with. But both admit that, despite the incredulity of it all, they can’t help liking the idea of seeing all kinds of different characters come together.

Kermit also expresses a desire to just get back to Muppet Studios and forget about this whole crazy adventure, but Deadpool disagrees.

Deadpool: “We both know you have to stop Mephisto?”

Deadpool: “Do you know what he’s up to at this very moment?”

The mad titan is tastefully concealed behind a shower curtain as two demonic henchmen sneak through the door, toward the busted-up Infinity Gauntlet lying next to the sink. Thanos sings to himself in the shower. At first, the tune is mumbled to the point of being nonverbal, but it builds until he belts out the chorus of Karen Carpenter’s “We’ve only just Begun”.

The demonic henchmen share a glance upon recognizing the song, then proceed to comically sneak through Thanos’s bathroom. Various hijinks ensue, including an enormous purple arm popping out of the shower at an inopportune moment to grab a nearby loofah, which the henchmen end up handing to it.

But, against all odds, they grab the Infinity Gauntlet and are out the door.

And that’s it for part 2. Look for part 3 to drop on Monday.

UPDATE: Part 3 has officially launched. You can find it here.