It’s always a sad day when a show runs out of ideas.

The correct paradigm shift, that shatters the original premise of the show while also feeling like the natural consequence of that premise, can inject new life into a series.

And The Unbreakable Kimmy Schmidt, I believe, fails specifically because it is afraid to make that leap.

But let’s not pass judgment quite yet, because there are a lot of details that need to be discussed. 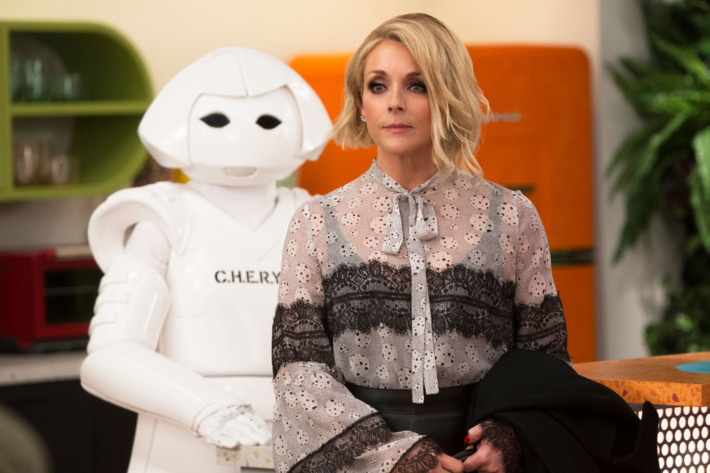 Before anything else, we have to address the elephant in the room: this is the last season of Kimmy Schmidt.

Or rather, it was the last season. After announcing that season 4 would wrap up the series, it was also stated that season 4 would be split into two parts. Only the first six episodes are currently on Netflix. The remaining seven will be aired later in the year, possibly under the title of “season 5”.

But once those episodes are released, that is the end. And fans are understandably unhappy that the show is ending and that the final season is being artificially split up this way.

Such moves smack of desperation. But then, it’s easy to see why the showrunners are desperate: they have no clue about where they are supposed to take this story. Perhaps they were not planning on the show lasting more than two seasons (proving again why it is never wise to bet against yourself).

Still, with precious few episodes left in the series, we have all the more reason to cherish the ones we are getting. So let’s examine what’s on offer here. 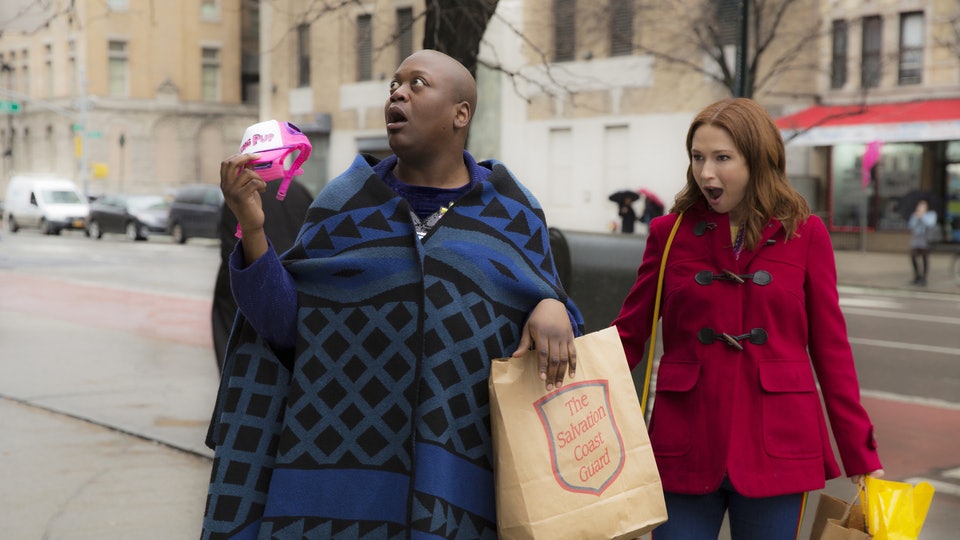 Season 4 retains the greatness of previous seasons in at least one respect: the individual jokes are still snappy and often result in audible laughter.

This does, however, take attention away from the story-driven characters (Kimmy and Titus) to shine a brighter spotlight on Jacqueline and Lillian. These supporting characters don’t suffer from disintegrating arcs because they really never had arcs, except for a few background events that only serve as setup for their jokes. And season 4 sets them free from all their previous plotlines, allowing their comedy to become the brightest star left in the show’s twilit sky.

The jokes are not all winners, though. And, more than in previous seasons, we encounter some that are labored, cheap, or that rely too heavily on topical issues. This is not the first Tina-Fey-pioneered show to languish under topical references. (I’m sure you’ve read my review of 30 Rock.) But such a reliance is particularly out of place in Kimmy Schmidt, as the essential themes of the show are not supposed to be political.

That most of the jokes still land, however, proves to me that this series could recover itself, if it were in the right hands. Alas, it appears that this is not to be. 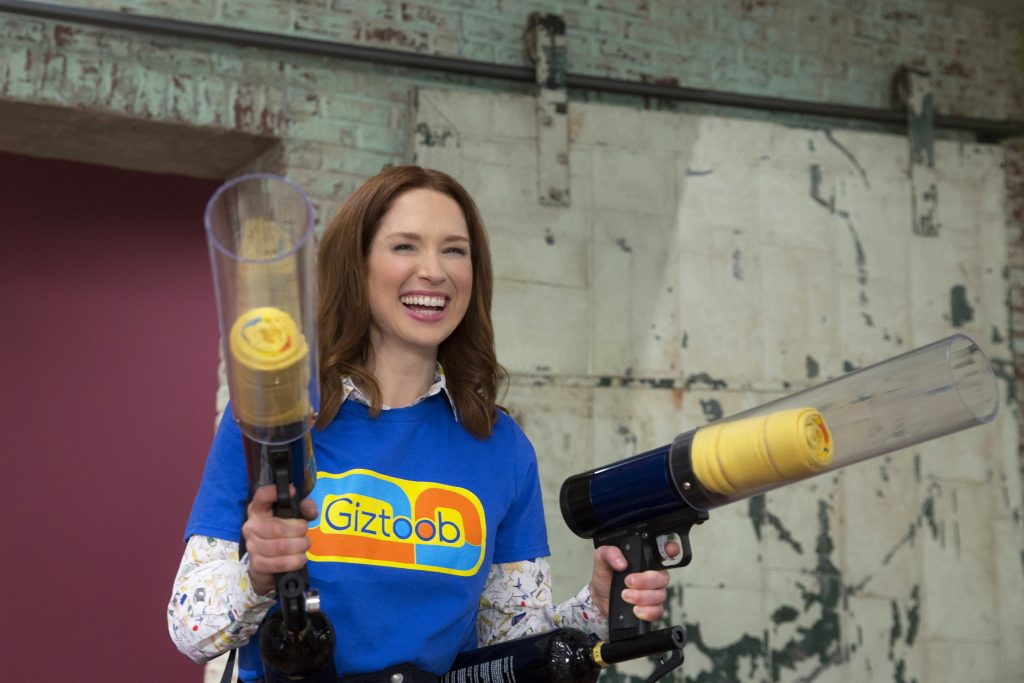 When it premiered, The Unbreakable Kimmy Schmidt distinguished itself from a lot of other TV shows by being more than a comedy. It was a narrative about surviving abuse, and going on to live a happy and funny life, despite all the terrible and traumatic things a person has lived through.

This important and unifying theme began to break up in season 3, which decided instead to focus on comedy. It was a glaring omission.

And it seems like the showrunners were aware of this, because in season 4 they tried to restore the deeper themes of the show. But they did this by simply recycling the traumas that were resolved in season 1. It’s Kimmy versus the Reverend again. Because he’s trying to get out of prison, which undercuts Kimmy’s hardwon victory at the end of the first season. It makes me wonder if the whole thing won’t turn into a Batman vs. Joker scenario, with the futility of putting a villain into an asylum they can always escape. Even though the show is a comedy, it treats its subject matter with enough seriousness that I would hope it could avoid such a cheap tactic.

Season 4 mitigates these problems, somewhat, by giving Kimmy a few small victories, in helping some immigrant salon workers, and also opening the possibility of Kimmy becoming a children’s book author.

Which is a plot I would be super interested in. 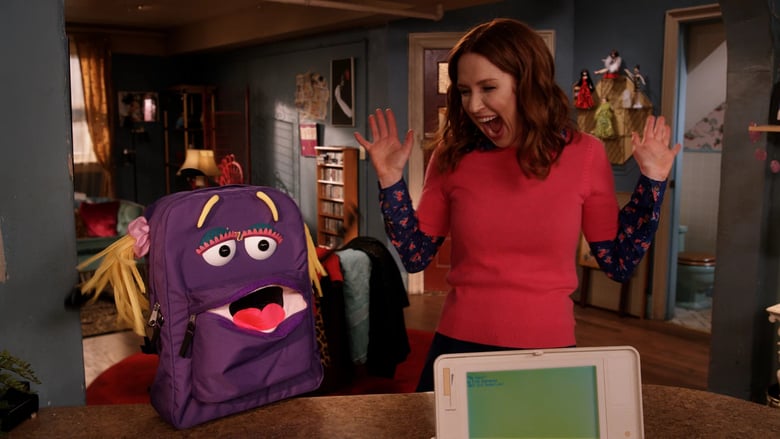 But, once again, the scarcity of remaining episodes throws this possibility for a loop. We really don’t have enough time left to see Kimmy experience all the ups and downs of becoming an author.

As for Titus, his arc for this season is…forgettable. It mostly revolves around his inability to get anything done due to his penchant for procrastination, and his primadonna ego getting in the way of real character growth again.

And now we have to talk about episode 3. 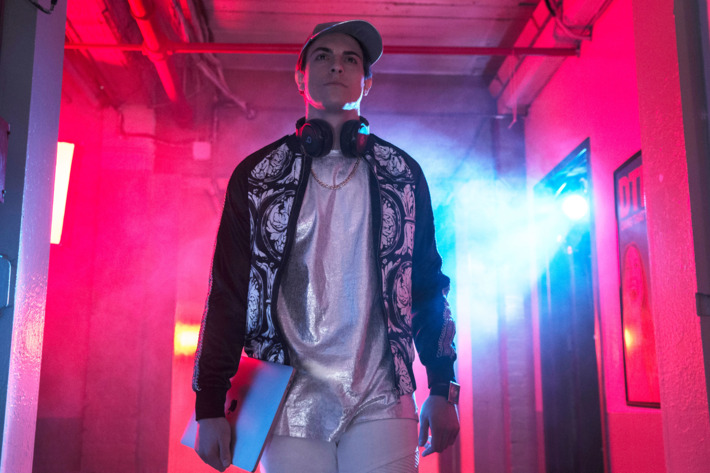 As if it wasn’t disappointing enough that we only get six episodes in this season, one of those episodes has to be wasted doing something…experimental.

As part of the plot, Kimmy encounters a documentary about DJ Fingablast, who happens to be a huge fan of the Reverend (aka DJ Slizzard), and is being manipulated by the Reverend to help him get his guilty verdict overturned.

This would be a fine plot point on its own. But the show dedicates an entire episode to it, meaning that episode 3 IS the documentary that Kimmy Watches. This fake documentary replaces the slot that should have been filled by an actual episode of The Unbreakable Kimmy Schmidt.

I know in the past that I’ve praised Netflix for giving shows room to innovate with episode formats, but this…this was a fiasco.

The fake documentary is not funny. They were trying to emulate the better episodes of Documentary Now, and they somehow managed to fall short of even the worst episodes of that other show. Episode 3 was painful to watch, and embodied the laziest parts of Kimmy Schmidt‘s recent seasons.\ 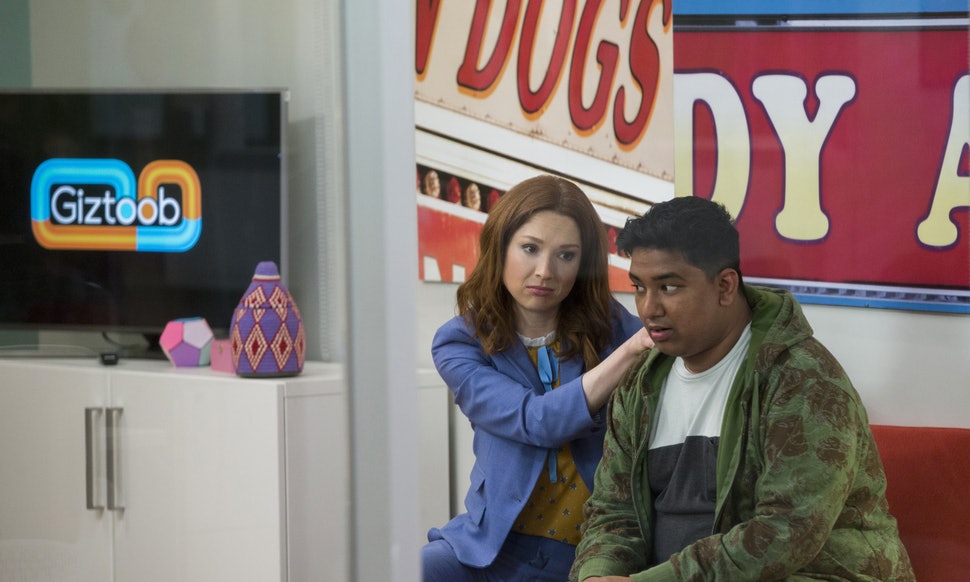 It would be a mistake to dismiss season 4 of The Unbreakable Kimmy Schmidt outright. The show may be withered, but it has strong roots, and I hate the idea that it’s going to be discarded just because the current batch of writers can’t live up to the show’s outstanding legacy.

Nevertheless, at its worst, season 4 is like watching a puppy get put down. Nobody wants to watch that. We’d much rather see the puppy get adopted into a loving family that understands its quirks and how to market them.

Watching this season has reminded me why I write books instead of TV shows. With a book, the author at least retains a large measure of control over the work. A book author, in most cases, cannot be forced to outsource their IP to lesser writers, for the purpose of sequels, spinoffs, etc.

But season 4 is still funny enough to merit a single viewing. I can only hope that enough views will convince the showrunners to take the risks necessary to keep the show going, even if it has to reinvent itself.

Until then, it’s on Netflix for your viewing pleasure.