C’mon, ABC, we know you have absolutely nothing better to offer right now.

Roseanne is out, and Netflix is king. You need to do something drastic and different if you’re going to claim any share of the ever-dwindling market share of broadcast television. If you’re going to stay alive, you need a niche, and that niche is “Alan Menken serial musical comedy.” 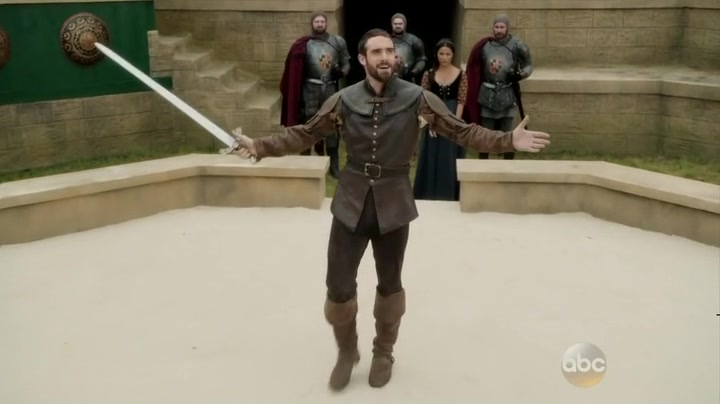 I reviewed Galavant ages ago, and I am not over it.

Recently, I rediscovered my love of the show by listening to the soundtrack at work, and I hunger for it more than ever now. I am not satisfied with the seasons we already have. We need more.

I understand that it is an expensive show. But expensive shows are where the money is these days. Look at Game of Thrones, look at The Crown, look at Stranger Things—all of them expensive endeavors, yet each one is a cultural phenomenon that has become a flagship product. And Galavant could easily join their ranks.

Look at me, ABC. Your window of opportunity is closing. You’ve got to get this done right now.

Do it for the gipper.

Let’s face it: Agents of S.H.I.E.L.D. is not going to be on TV much longer. You need Galavant, or else you will have nothing.

Do it now, and save yourself from the fate of getting trampled into obscurity and pissed on by the major streaming services.

Don’t let ABC renew Galavant. Don’t even give them the chance.

Buy it out from under them. Trample them into obscurity and then piss on their ashes. This is your birthright, Netflix. We both know that you are the foretold bringer of niche shows, the rescuer of that which would otherwise be lost.

Broadcast television is weak. It has grown feeble in its old age, but do not think to show it any mercy. Even in its death throes, it is still full of treachery. It will use any clemency you show it as a weapon against you. Strike it, Netflix. Cast it down and then claim your destiny.

And since you’re already in the habit of greenlighting absolutely everything that comes your way, I can’t see what objection you could possibly raise.

Not Sure what else I Can Say

I suppose I could point to Galavant‘s die-hard fanbase, or remind you of the fact that its popularity has only grown since it’s cancellation, through word-of-mouth discussion and grassroots support that most shows would kill for. I could extol the qualities of the show and point out the great talent that has been associated with it.

So let’s get this done. Let’s have ABC try to renew Galavant, only to discover that Netflix has already acquired the rights. I believe in this future, and with everyone’s support we can make it happen.