One of the best things about Netflix is that it drops TV seasons on you all at once, instead of forcing you to wait a week or more from one episode to the next. There’s no way to express how much of an improvement this is, without all the anxiety and frustration that the old model of broadcast television foisted upon us.

However, not all Netflix shows follow this format. There is at least one show that—at least in its first season—was released more serially, with a new episode dropping every sunday. And while this reintroduces all of the problems that existed under the old system, it also came with one particular advantage, because the show was actually a comedy news series with a focus on topical humor.

Where did It Come From? 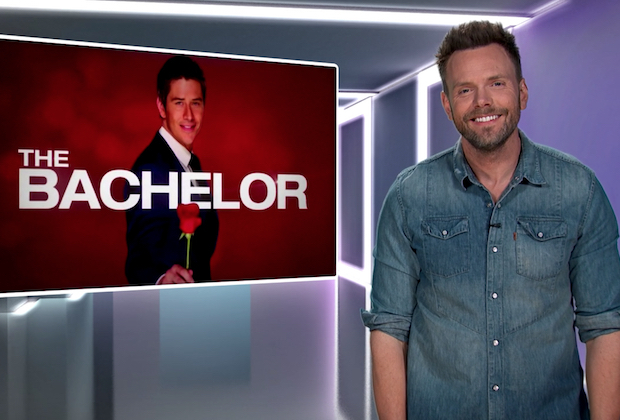 If I were to sum up The Joel McHale Show, with Joel McHale in a single joke, it would go like this:

“Daniel Tosh called. He wants his show format back.”

Reality TV and less reputable cable networks (such as E!) are his biggest victims. And he apparently gets a lot of his material from recommendations on Reddit, so he has a million eyes alerting him to the various absurdities that get aired every week.

He also has better celebrity guests than Tosh, as his show is filmed at Netflix headquarters and he can pull in random stars from the hallway with surprising ease.

I have found that there is a right way to watch this show.

Netflix is a great place to binge-watch shows, naturally. But even the most intense binge sessions require a little breather now and then, and TJMSWJM is the perfect palate cleanser when you’re in the middle of some heavy watching.

Was your mind just blown by a stunning plot twist, and you have been reduced to a boneless pile on the floor? Just turn on some Joel, and ease your way back to the world of the living. The show’s lowbrow humor is a breath of fresh air when you’re swimming in some of the headier offerings on Netflix. 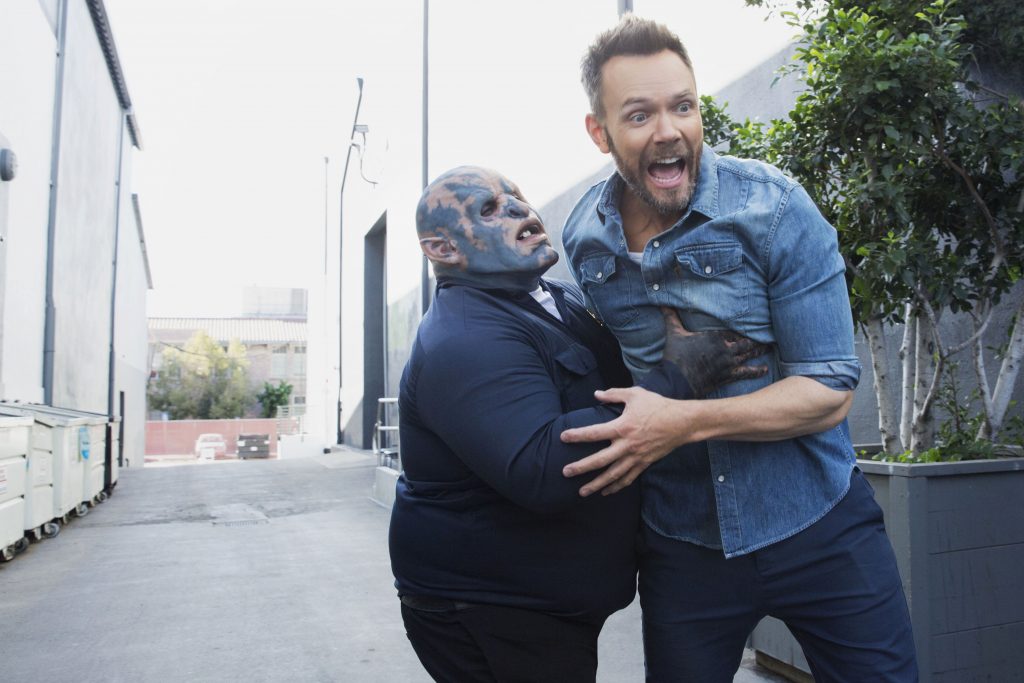 Though, in my case, I had to ration my exposure to the show, as I was watching it during the release period, and as such only got one new episode a week.

I hate to keep making comparisons to Tosh.0, but I must say that, as a marked improvement over that other show, TJMSWJM has a blessedly reduced reliance on gross-out humor (though you should note that I said less, not none).

That said, I would advise against sharing this particular Netflix offering with anyone who has not graduated from high school. It takes advantage of Netflix’s lenient content policies. And while it abstains from the most offensive kinds of graphic nudity, it treats very little else as sacred.

As with most comedy news shows, there is no story to summarize, and any in-depth discussion of episodes would only result in spoiling the experience.

I can, however, tell you that one way the show parodies the news is by dividing the run time into segments, such as a sports segment, an international segment, and others. One segment that is particularly brilliant, and that I hope to see more of in future seasons, is called “Mini Black Mirror”

If you are all familiar with the Netflix series Black Mirror, then this segment was tailored especially to you. Basically, Joel creates a phony Black Mirror episode in under three minutes, which lampoons the whole concept of that other show. And it’s done in such an over the top way that you can’t help but laugh. It’s the crown jewel of Joel’s routine.

It is particularly gratifying to someone like myself, who has come to resent the old world of broadcast television and who is delighted whenever it gets so deliciously roasted.

Though it’s not for the under-eighteens out there, it’s definitely worth a watch for anyone who can stomach such strong and shameless humor.

It’s on Netflix (BA-dummmmm) if I’ve interested you at all.

Recovering from the Confe...Writing Books Makes You B...On Becoming an Author, fo...This Time Next YearA Bit of Unmasking