If you’ve ever been hospitalized, you are probably aware of a wonderful game that doctors and nurses play with hospitalized people, as a way of keeping their morale up.

The game is called “On a scale of one to ten, how bad is the pain?” 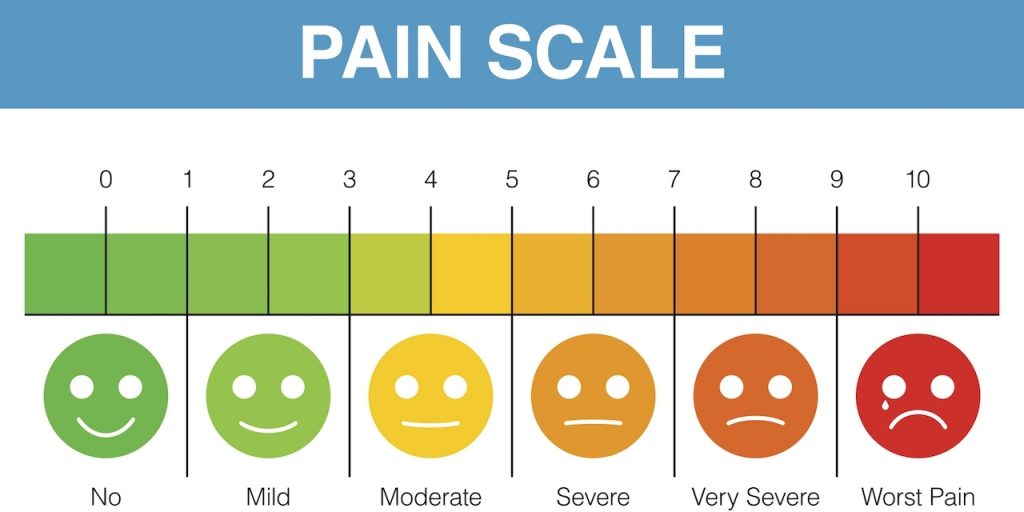 It is an entirely subjective, completely unscientific way to diagnose illness. That is how we know it is actually a game. And though the game isn’t exactly fun, it is, at the very least, easy.

All you have to do to win is think of the absolute worst pain you have ever been through…on top of whatever pain you are currently feeling, and see how it measures up. Because the one thing you really need, when you are so severely out of whack that you need to be hospitalized, is to be reminded of how much worse it can be.

And for each person, that comparison is going to be different. Some people (including women) will use the pain of childbirth as their point of comparison. Others will think back upon the kidney stones they have passed, or various ruptures, lesions, impalements, phantom limbs, and other such goodies.

But, for me, there is a special kind of ailment that has become my standard—my own personal ten on the pain scale. It embodies not only the worst pain I’ve ever had, but also the worst that I can imagine.

This ailment is called a sinus headache. And it’s been on my mind a lot lately, because I have been having one almost every night for the last two-and-a-half weeks.

What is a Sinus Headache? 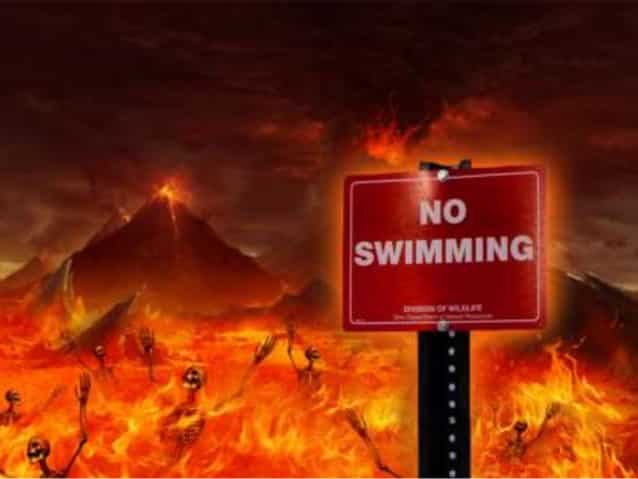 Or rather, a sinus headache is a sharp and persistent pain in a patient’s facial region, caused by inflammation of one or more sinuses.

Okay…so What are Sinuses?

Sinuses are hollows found in the human skull behind or around the eye and nose cavities. 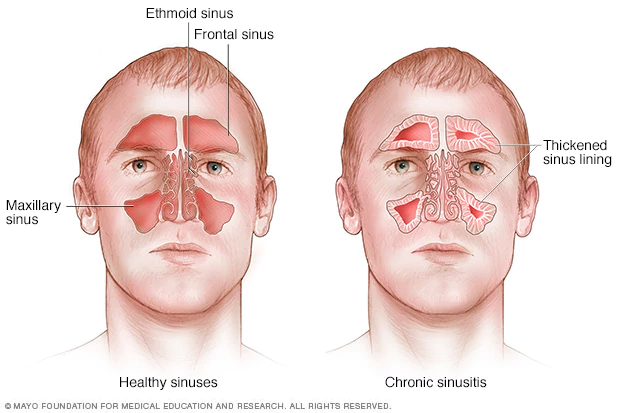 These hollows serve as chambers that help the sensitive human head endure changes in atmospheric pressure without cracking like an egg or popping like a balloon.

And sinuses are also lined with tissue that helps in the production of nasal mucus. This tissue, however, can sometimes get inflamed, compressing the sensitive sinus chamber until IT FEELS LIKE SOMEONE IS STABBING YOU IN THE EYE, AGAIN AND AGAIN AND AGAIN!!!

That Sounds Awful. What Causes It?

The same things that cause all the other kinds of inflammation: allergies, infections, alien probes, as well as more exotic causes such as polyps and tumors.

Or sometimes, there is no explanation, which is where I find myself right now. It’s not allergy season for me. There’s a little bit of smoke in the air from all the wildfires, but I’ve lived through many fire seasons without getting sinus headaches. And it’s probably not polyps or tumors since I am only getting the headaches at night.

It’s said that stress can also cause inflammation, yet “stress” is such a vague and unquantifiable term that it’s a wonder medical science gives it any recognition at all.

So How do You Stop It?

Stop it? STOP IT?! What makes you think it can be stopped?

Sinus headaches are like the Juggernaut, from Marvel comics. 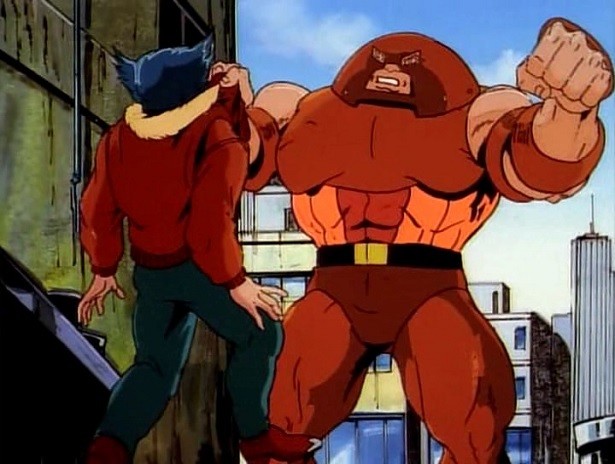 Once they get started, they are theoretically impossible to stop. They only really stop when they decide to.

My current batch of sinus headaches choose to stop themselves about an hour after dawn each morning, though they can start as early as 11pm the previous evening.

That’s somewhere between six and eight hours of being stabbed in the eye.

So you’ll understand why, back in 2010 when I was hospitalized with a broken ankle, and the doctors had me playing the Pain Scale game, they were surprised when I listed my broken bone as a mere five or six out of ten. They were so surprised, in fact, that until they saw the x-ray, they doubted that I even had a broken bone.

It’s not that I wasn’t in pain. It’s that the pain of a broken bone was that much smaller than my personal number ten (and back then I was treating the Pain Scale as a logarithmic scale, rather than a linear one).

That said, I have developed a few tricks, particularly recently, for dealing with my sinus pain. And I want to share my story with the entire internet.

Let me begin by saying I am not a doctor. Nothing I state in this post, or any comments, or any other supplementary material, is to be taken as prescriptive medical advice. I am not telling you how to fix your sinus pain. I am simply describing how I have dealt with mine.

NSAIDs such as Ibuprofen/Advil have worked well for me…until they didn’t. In any case, they relieve pain by fighting inflammation, which is exactly what my sinuses need. With a doctor’s permission, I have taken as many as four Advil pills at a time.

They have not always finished the job, but I have always been glad to have them around.

Of course, some people can’t take NSAIDs. I am glad to not be one of those people. 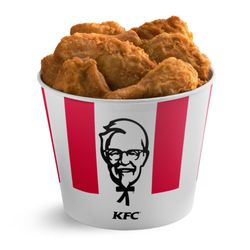 It’s still possible to get your hands on Original Recipe Sudafed (as opposed to the “Extra Crispy” Sudafed that has replaced it on store shelves). In the United States, you have to go to the pharmacy counter and specifically request it, but they will give it to you without a prescription, as long as you can prove you are over 18 and sign a affidavit stating that you will not use it for evil.

I need the real stuff to keep Norman Bates out of my eye socket. I’m sure the colonel never meant for people to turn it into methamphetamines when he came up with it, but if you have to keep it behind the pharmacy counter in order to feel better about that, then I won’t stop you.

Lesson #3: Use an Air Humidifier (Depending on Where You Live)

It’s a small thing that can make a big difference. If you live in a desert (as I do), then one cause of your sinus inflammation could be dryness.

A small air humidifier in my bedroom has sometimes helped in a big way.

Lesson #4: Make Sure the Medicine Goes to the Right Place

Alright, so after I take all my medication, the problem should be solved, right?

Meaning that the medications I take cannot start working until my sinus inflammation is already stopped.

It’s wildly self-defeating. But there are some ways I get around it.

For example, powdered cayenne pepper has helped me…sometimes. The spice is a natural, fast-acting anti-inflammatory substance that, on one occasion, opened up my sinus just enough for the other medication to get a toehold.

But I haven’t had a lot of luck with it since then.

The other thing, which has proven a little more reliable, is massage. When I place my fingers on my forehead, I can easily find out which of the blood vessels there is connected to the sinus (because those blood vessels flare up with pain as soon as I touch them).

Once I find a good vessel, I gently push it along its length, forcing the blood upstream into the sinus. It’s painful, but it forces the blood gates open, allowing new blood to flow into the sinus. If that new blood is carrying medicine, my sinus will open up—sometimes instantly. For me, it has been the discovery of a lifetime.

I would not wish this pain on my worst enemy. Not even when I am in the foulest of moods. Hopefully, you will never experience it. But if you do, then you should examine your options about how to deal with it (with a qualified doctor’s assistance, of course).

For some people, the best way forward is corrective surgery. And I have considered that for myself, as well, though I have not yet committed to it.

Perhaps this post has given you insight into a world you never knew. Or perhaps it has confirmed experiences that you’ve already had. In either case, I hope we can soon live in a world where sinus headaches are completely cured.

Because no one should ever have to go through that. Not even once.

One thought on “Sinus Agony”