We do. And we cannot put it off any longer. 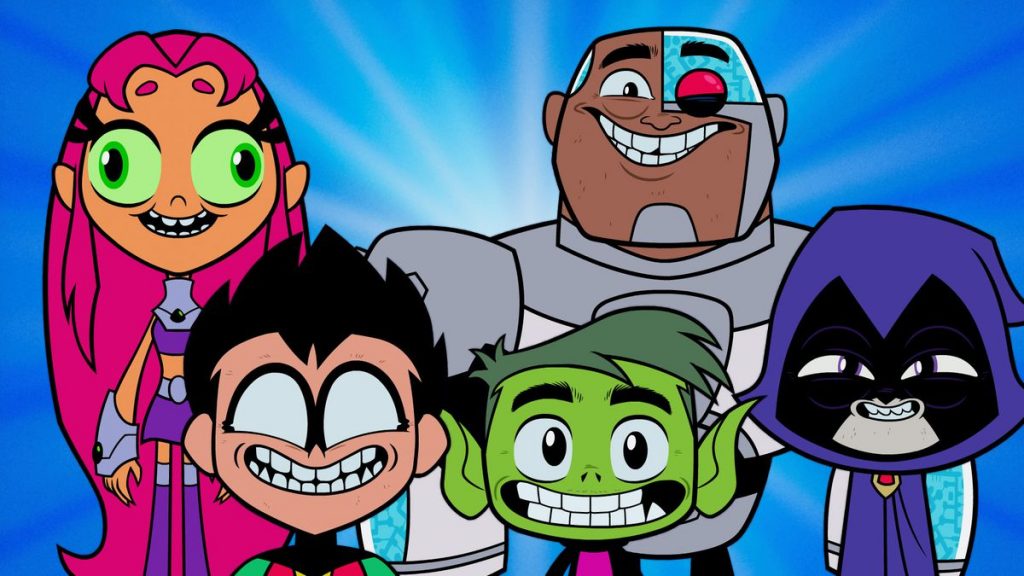 I don’t normally review movies outside of Netflix. Keeping to my niche has helped me to build my audience and establish my credibility. But I have to say that Teen Titans Go! to the Movies is a must see.

Even if you aren’t familiar with Teen Titans Go!

Even if you aren’t familiar with 2003’s Cartoon Network Teen Titans series.

If you are familiar at all with the superhero genre, then this movie is unskippable.

And it goes to show that when you put a lot of effort into making the story structure work, you can paper over a TON of failures in other areas. Because the story beats are so solid, and the jokes are so distracting, it’s as if the film’s flaws (which are many) are completely invisible.

It also goes to show that sometimes the most terrible people make for the best characters, because the heroes of TTGTTM are not heroes, and they do some truly reprehensible things in this movie. 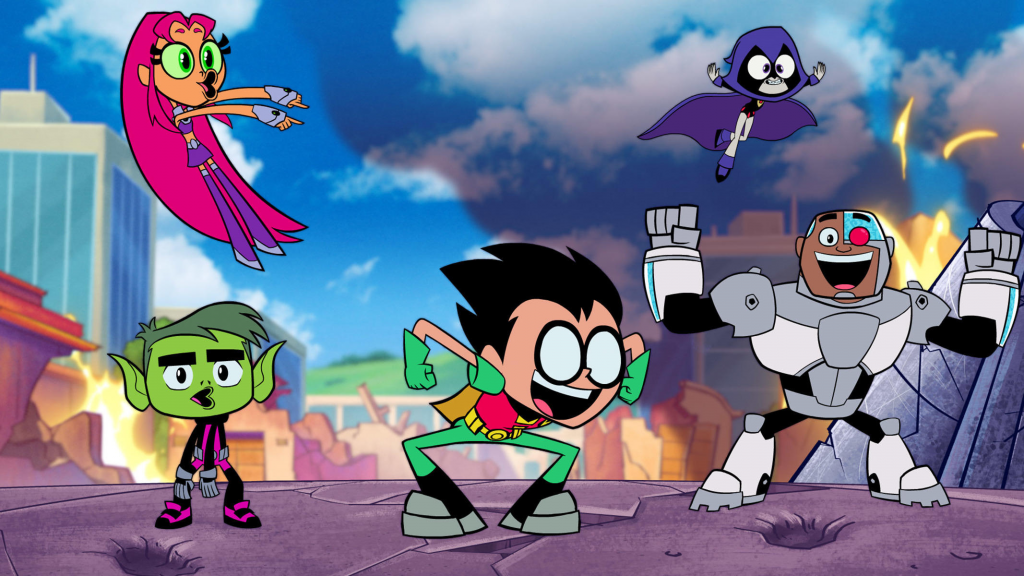 But they are reprehensible in an entertaining way. And that is key. Because when trying to make good guys go bad, certain other filmmakers have forgotten to do this. 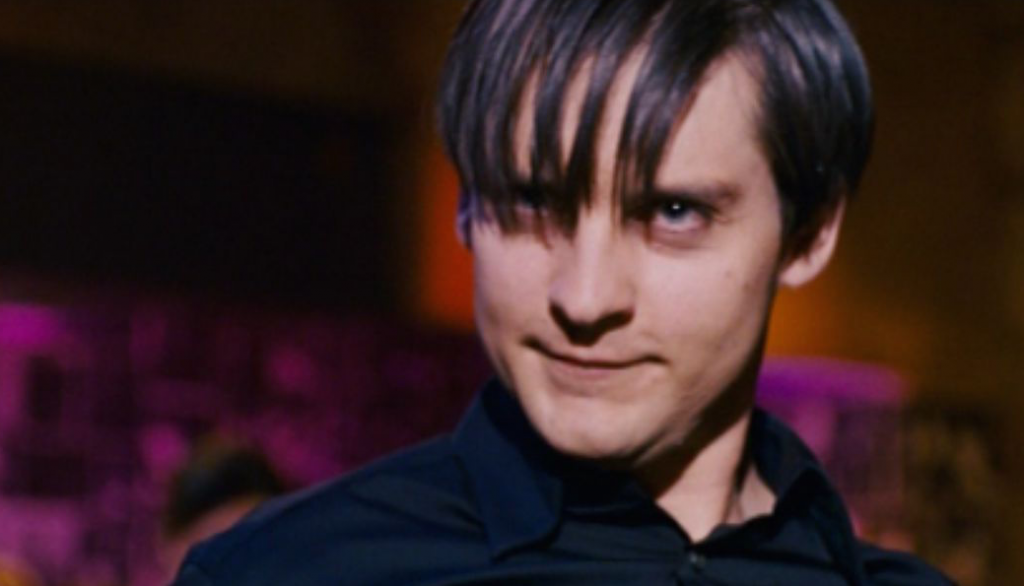 So while TTGTTM is still in theaters, you should take advantage of the fact and go see it. And, most importantly, you should not give in to all the haters of the series.

Because there are a ton of haters.

A Netflixer’s Guide to a Cartoon Network Show 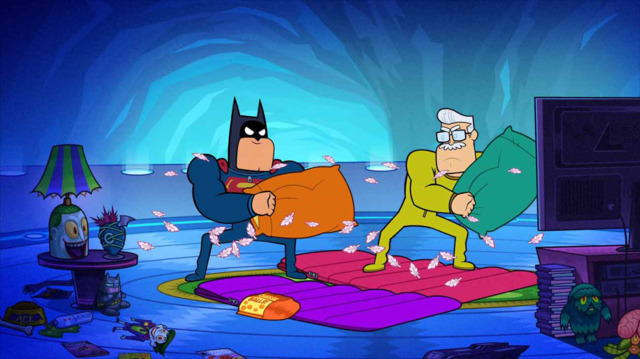 I don’t want this post to drag on too long, but I suppose that, if I’m going to endorse the Teen Titans Go! movie, I should at least mention the TV show, as well.

And, honestly, it’s a great show. Though you’re supposed to say that you hate it.

In fact, I’ve liked the show since it first premiered, even though you were supposed to say that you hated it even back then.

And the reason for this is simple: a certain contingent of people are angry with Teen Titans Go! for not being the original 2003 Teen Titans show. 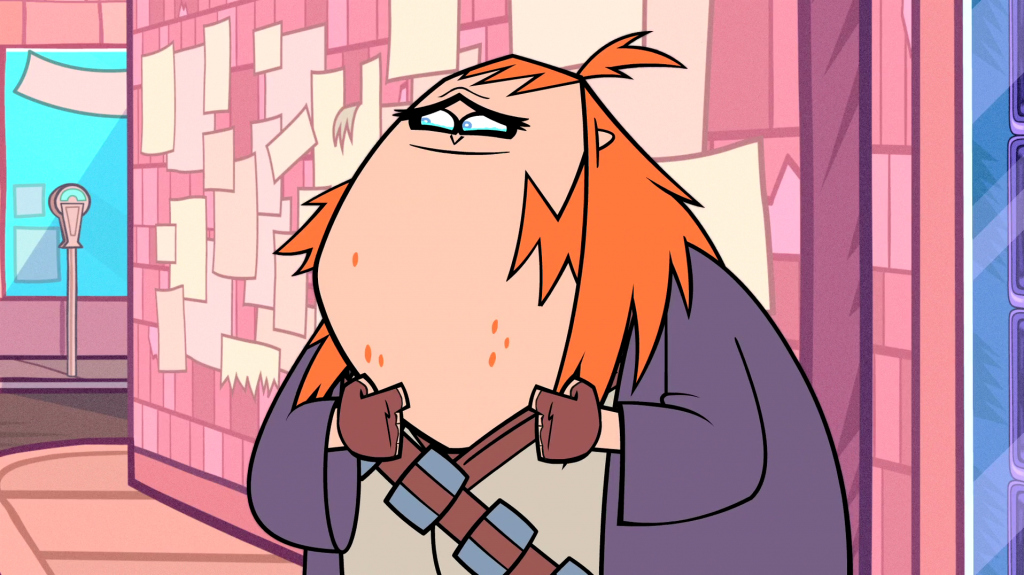 These people do not judge TTG on its own merits, but instead blame it for the previous show’s cancellation (which is absurd, considering that TT was cancelled years before TTG ever aired; furthermore, the popularity of TTG is the only thing that has sparked rumors of of a TT revival, which this new movie has all but confirmed).

If these people could take off their rage goggles for jsut a minute, and judge TTG for what it is—a self-referential comedy show that whimsically pokes fun at the current zeitgeist’s obsession with the superhero genre—they would find that it fills that niche gracefully.

You can hate the fish for not being the bird, sure. It’s easy to do.

But the fish is pretty darn good at being a fish. In fact, the fish may be even better at being a fish than the bird is at being a bird. And, though some people will hate me for saying this, even if the bird does come back, it might never reach the same levels of success that the fish has. And what success it does have may come from riding the fish’s coattails.

There, I think I’ve labored that metaphor enough.

Go to the Movies

Teen Titans Go! to the Movies has already left most theaters. But it is worth hunting down. I am glad I did not wait to go see it. It has my vote for best animated feature and will likely retain it for the rest of the year.

I hope more people will give it a chance. It deserves every ounce of hype. And I can only hope it will not be the last big screen outing for Teen Titans Go! franchise.