Once upon a time in the 1990s, an accident in the R&D department of Walt Disney Animation Studios resulted in the creation of a new species.

This exotic specimen began to propagate until it became the dominant life form on planet Earth, and thus doomed the human race to extinction.

Disney animators and imagineers originally gave the organism the designation “UnID-3317/X”, but in the years since its creation, it has come to be known by a more sinister name, more fitting of its temperament.

We call it the Anti-Princess.

There are several telltale signs by which you can spot an Anti-Princess. For your own safety, you should familiarize yourself with these key factors.

Every Anti-Princess is hyper-intelligent, possessing knowledge beyond that of any mortal, as well as a keen strategic wit and a love of books. 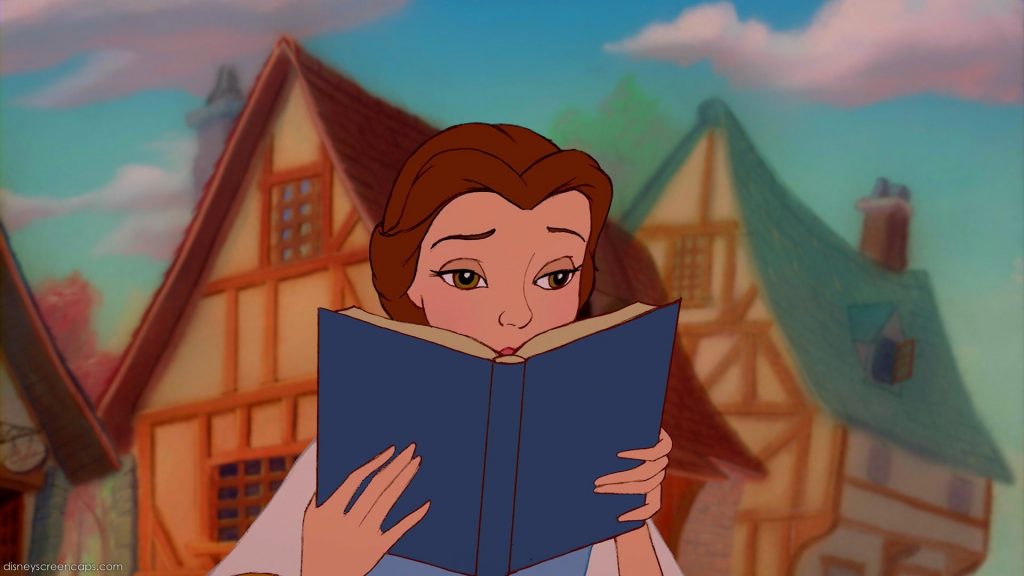 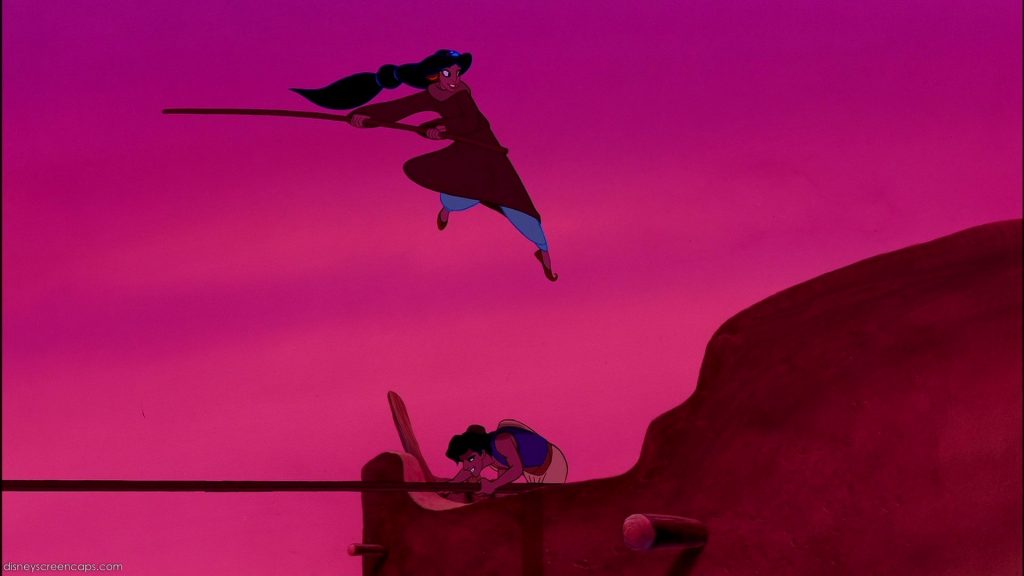 She knows all manner of martial arts and will plunge headfirst into any fight with deadly skill and leave disaster in her wake.

And she never fails to succeed at any endeavor she undertakes, as she is utterly without fault or flaw and can do absolutely no wrong.

If you should encounter an Anti-Princess, don’t bother to run. There is nowhere to run to. All you can do is fall to your knees and accept the pummeling and execution that the movie logic demands you receive.

But in all Seriousness

The anti-princess is a part of our culture now. And she doesn’t have to be a problem. She was created in an attempt to address the much-cliched princess archetype, but in the process became an even bigger cliche than the cliche she was fighting against.

Look, I understand that the traditional princess is literally Hitler. 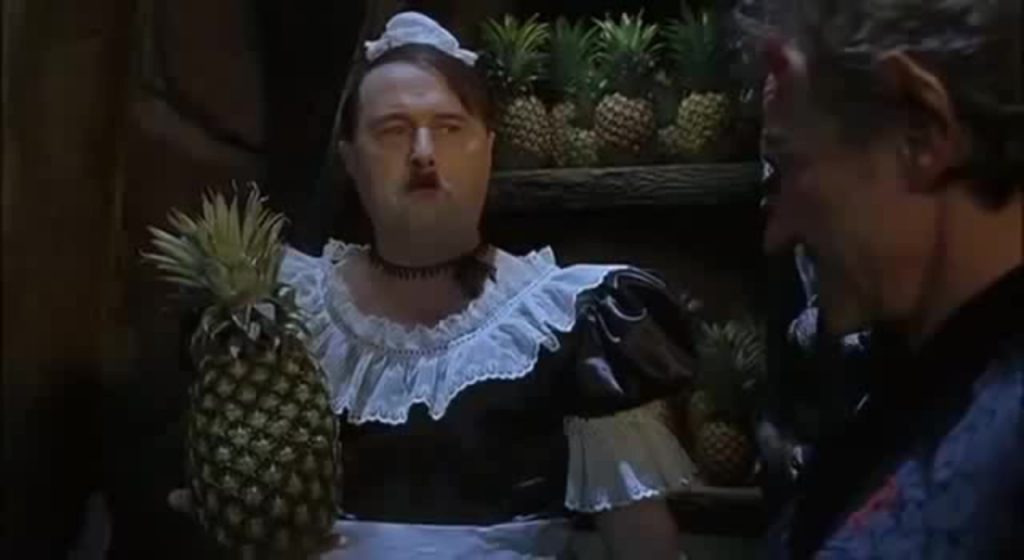 And I understand that anyone who disagrees with that sentiment is also literally Hitler.

But honestly, I have to ask, was the traditional “fairies and unicorns” princess really that bad? She may not have gotten into fistfights or done any dragon slaying, and she was often a prisoner or hostage, but she also a number of perks, including:

There might be an argument to be made that the traditional princess is not the best role model for young girls. But then, the same could be said for any kind of royalty. Putting the shoe on the other foot, do you honestly think kings or princes would be good role models for boys? Should we talk about Henry VIII? About Catherine the Great? About the Borgias and the Kaisers and all the rest of them?

And it’s not like princesses were the only women who existed in the middle ages. If the enforced daintiness and decorum of the princess profession offends so much that it sends you clutching for your pearls, then why not make movies about women farmers or merchants or weavers or bards or clerics or whatever other D&D class you are interested in? Or even women knights, as those actually existed in medieval Europe. 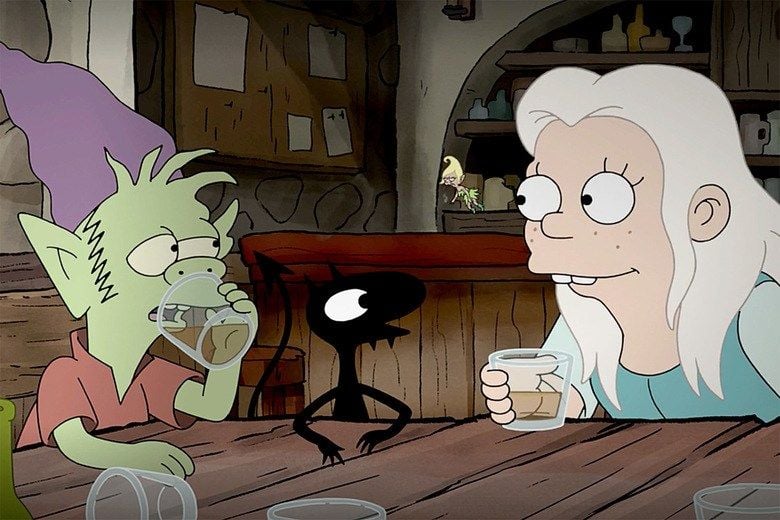 The latest animated sitcom from Matt Groening, Disenchantment attempts to do with a fantasy setting what Futurama did with a futuristic science fiction backdrop. And, as its centerpiece and protagonist, the show goes with—what else?—an anti-princess.

Bean was the primary reason I was worried about the show before I started watching it. I was worried that she might fall into all of the typical anti-princess pitfalls (and there are a ton of them out there). And while she does wear the “NOT A PRINCESS” placard almost as loudly as Moana…

…she manages to sidestep some of the nastier cliches, mostly by being a more flawed and relatable character. She makes mistakes. She has vices. And at times she messes things up so badly that she feels the raincloud of despair hovering over her, and we feel it with her.

But she is also given natural talents—notice that I said natural, not supernatural. Bean is not a Mary Sue. Every new thing that she tries does not come easy to her. But from the beginning of the series, it is shown that she is good at making friends. So, during a later episode, when she becomes an ambassador to a neighboring country, and finds that she actually excels at it, that development feels organic, and we come to understand that this character does have some core competencies that she can use to help stir the story.

Developing Bean as a character, making her an anti-princess without making her pretentious or stale, understandably took a lot of effort and time. And that, unfortunately, took a lot of screen time away from the other characters.

Nevertheless, each one has their own identity and charm, and is worth examining. 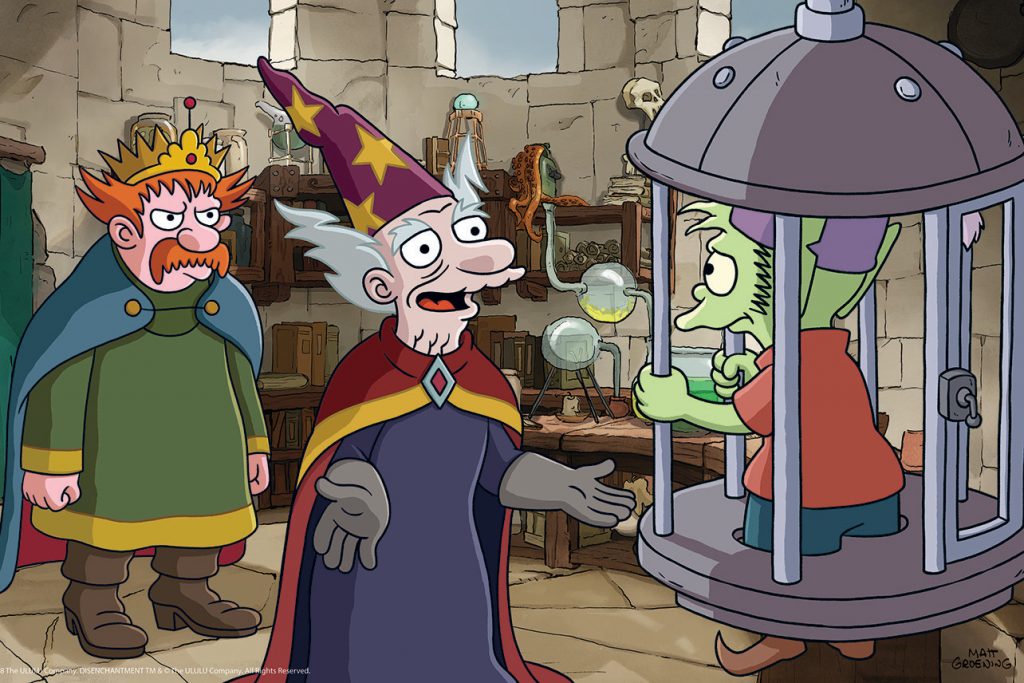 Elfo is the second most developed character in the show. Living in an enchanted village with where no one is ever unhappy, he tires of the perpetual saccharine flavor of his life and wanders away to see what the real world is like.

That he has a huge crush on Bean is never concealed. And it quickly becomes his sole motivation, apart from his airheaded naivete. So far, he’s really only good for being the show’s dumb-sel in distress, but it fits him like a glove. 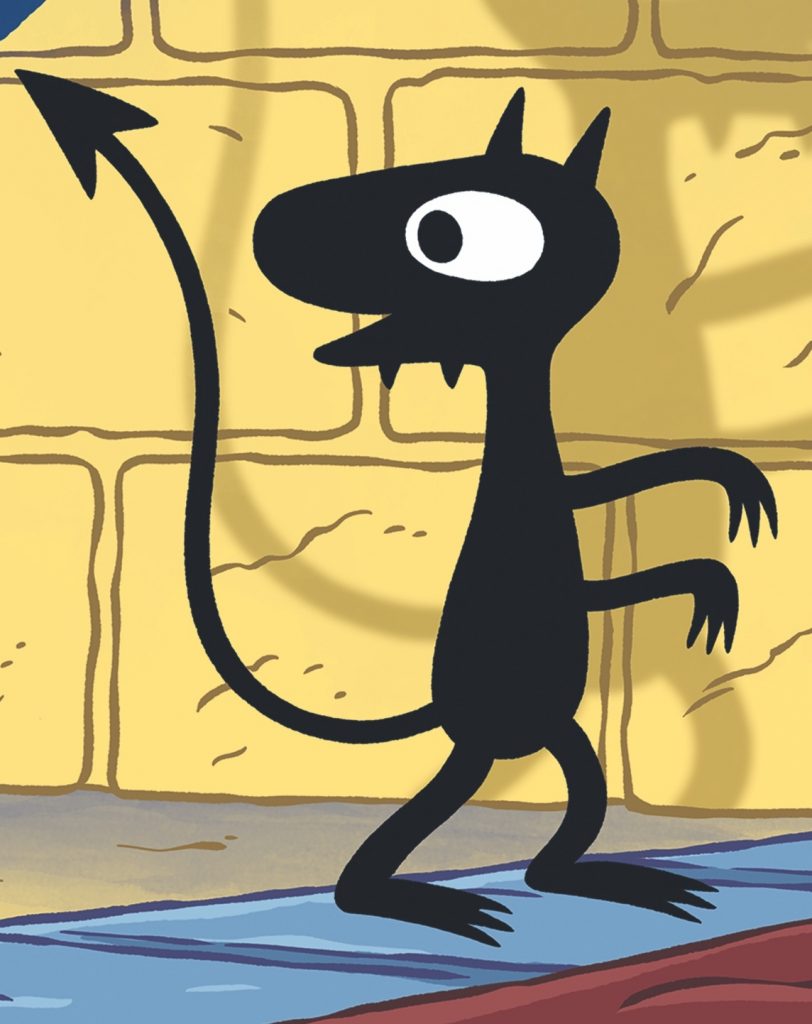 Luci is the most problematic part of the show. He’s intriguing as a concept, but nowhere in the entire first season is he necessary.

As Bean’s “personal demon” he functions as a kind of anti-conscience, enticing her to do things she will regret later. However, it is established at the beginning of the series that Bean is already subject to many vices well before Luci enters her life, and needs no help in making bad choices.

Stranger still is that Luci, despite being loud and proud about his mission to sow human misery across the Earth, will often help and protect other characters (not just Bean) without expecting anything in return. These acts of charity are not carried out in any kind of sinister manner. It’s made clear that there are no ulterior motives. He’s just…genuinely a nice guy? Yet he also brags about wanting to replace all the world’s diseases with worse ones?

Perhaps he has some kind of personality disorder? I don’t know. It seems more like a case of lazy writing. In any case, you could remove him from the entire season without changing almost any of the storylines.

Finally, as with Futurama and The Simpsons, Disenchantment pads out its roster with a host of side characters. And a lot of these may become interesting…in future seasons.

Unfortunately, we’re just not given enough time with them here. Season 1 is only ten episodes long. Only ten episodes! In most shows, that would be barely enough time to get to know the two lead characters. In this show, it’s just enough to introduce us to Bean. Based on the way Season 1 ends, I’m guessing that Season 2 is near completion (it feels like they had a full first season, but then decided to split it in two), but I could be wrong.

But I did enjoy many of the side characters, such as Bean’s family. Her stepmother, Queen Oona, is literally a swamp monster with exotic tastes, and I can see that going to interesting places in the future. 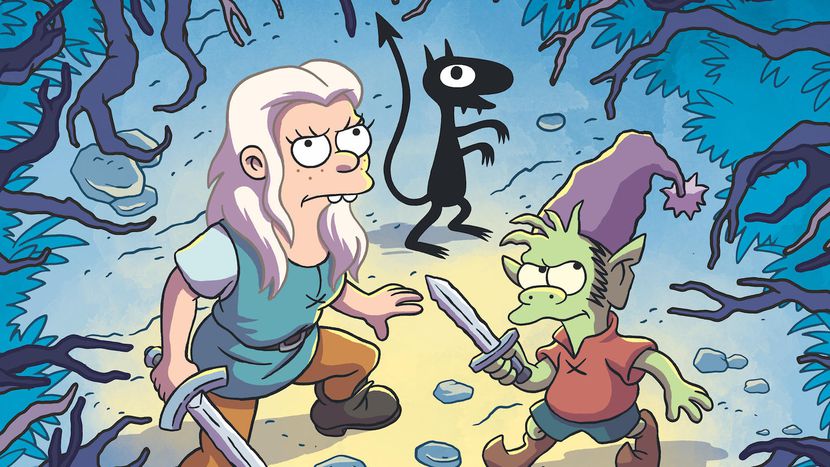 Oh yes, there is one further distinction between Disenchantment and previous Groening shows like Futurama.

Disenchantment‘s story is serialized. Each episode is mostly self contained, but the actions of the previous outing have direct consequences upon the story of the next. And it takes a long time to heat up.

A long time. For example, nothing particularly interesting happens until the last two episodes. And then it ends on a cliffhanger.

And I don’t want to spoil anything about who the real villain turns out to be, except to say that it’s basically the same person who’s the biggest villain in Futurama (I’m starting to think Matt Groening has some severe mommy issues).

To be honest, I was planning to write a universally negative review of Disenchantment, at first.

But then a lot of reviews started popping up for it online. And those were universally negative.

Now, maybe I’m just a contrarian, but I can’t say I absolutely hated the show. I recognize its flaws, yes, but I seem to remember that both The Simpsons and Futurama had problems in their first seasons, too.

Don’t get me wrong, Season 1 of Futurama beats Season 1 of Disenchantment on any day of the week. Yet even when I was most bored by this show, I could not fail to see its potential. This series has enormous room to grow, especially considering the talent that is working on it. With a little support from the fans, and a little help from Netflix, I think it could be huge.

But if we don’t give it that chance, then we will never see what it can become.

It’s on Netflix now. I can’t obligate you to give it a chance, but I think it deserves one.