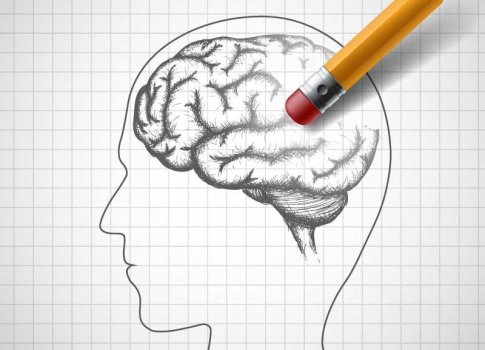 And this shortness of memory can be very useful, especially if you are writing a TV show. As an example, for the sake of everyone out there with amnesia, let me tell you a story:

Once upon a time, in the 1970s, there was a fresh and funny televised sitcom called Soap. 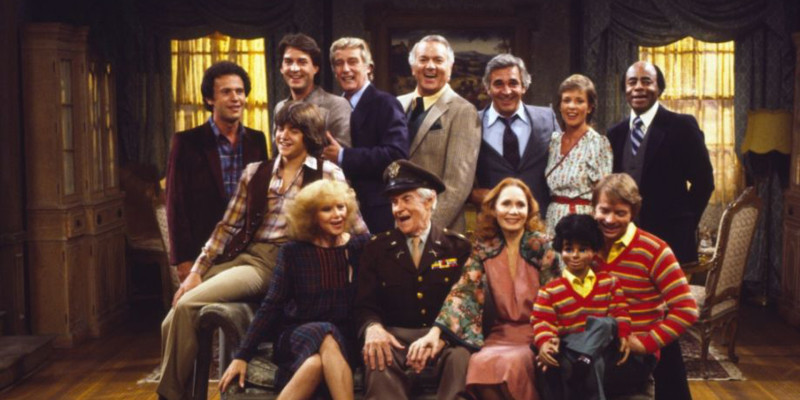 It was a very funny show that many people liked, and it had a large influence on the TV landscape. The show was a parody of daytime soap operas, mocking the grandiose storylines and over-the-top acting of those daytime dramas—some of which are still running today!

And, in its attempts to lampoon the soap opera genre, Soap employed a number of home-grown gimmicks and gags, such as:

And because the show was so well known, no one would dare rip it off and resell it under a different title.

But memories, as I’ve already said, are temporary things, and once people have forgotten something they once loved, it becomes all too easy for some opportunistic writer to simply repackage the goods and sell it back to them. 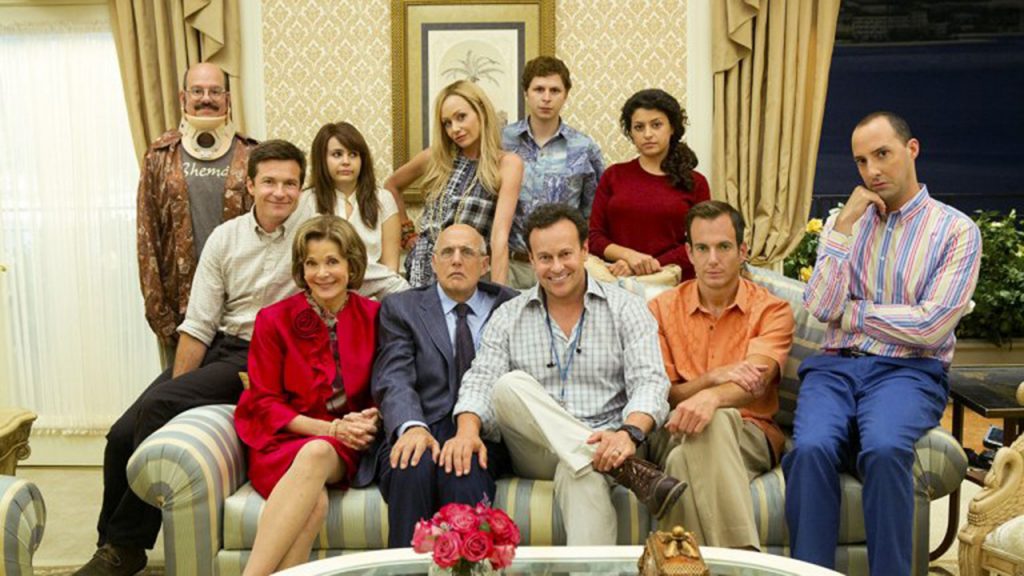 This was also a very funny show that many people liked, though not as many people as liked Soap. And, in its attempts to draw in an audience and win big laughs, Arrested Development employed a number of gimmicks and gags, such as:

Is it all coming back to you, yet?

Netflix advertises this show as a “Netflix Original”.

That’s the last nail in the coffin for that particular label. My regular readers will remember that Netflix often slaps the “Netflix Original” brand on foreign TV shows and movies that they import into North America, even though those shows and movies premiered in other formats in their home countries.

But Arrested Development premiered in the U.S.A, on the FOX network. That Netflix now claims it as a Netflix-original property is mind-boggling.

Granted, the online streaming giant did bring Arrested Development out of cancellation, granting it new seasons and episodes. Yet the claim that this is a “Netflix Original” is factually false.

And the Show Itself?

Setting aside the derivative conceit, premise, and gimmicks, I’d have to say that the show is a successful comedy. Every episode gets laughs, though some characters do much more to earn their keep.

But let’s start with some facts:

Arrested Development is a riches-to-rags story about the Bluth family—a dynasty of real estate moguls living in Orange County, California during the early 2000s. The family’s primary source of income is through their private company that builds cheaply made luxury homes and which acts as a slush fund for their extravagant lifestyle.

The family is about to start a new housing project (hence the “Development”) when suddenly the outgoing CEO and family head George Bluth is apprehended on a number of charges (hence the “Arrested”).

This puts the company in hot water and freezes all the stock owned by George’s children, leaving them essentially penniless and with little other choice but to move into the only finished house in the new project—a “model home” meant to simulate an actual dwelling but is unfit to be lived in.

Forced into such close quarters, old grievances and rivalries that the family has been ignoring for years rise rapidly to the surface, threatening to tear them apart.

And then there’s Michael, the middle son who is left holding the bag after his father’s arrest. If anyone is going to save the company and the family, it will have to be him. There’s just one problem: he doesn’t want to.

This show launched the careers of more than one actor. And the roles played here are ones that the actors have not been able to escape. That’s the mark of a great ensemble.

You have Will Arnett as Gob (pronounced “Jobe”). 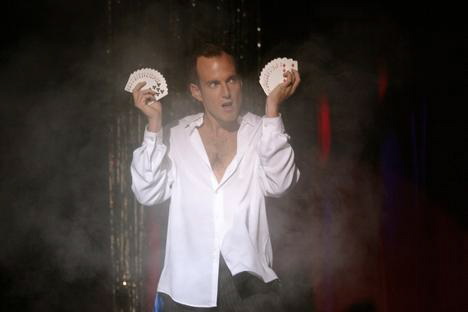 Gob is the eldest and least successful son of the Bluth family. He is a failing stage magician who cannot find work and is unable to form a lasting relationship.

But as the family’s doer of dirty jobs, Gob is not too proud to destroy evidence or perform a home invasion in the name of helping his father avoid prosecution.

It’s the role Will Arnett is best known for, and the one he has been playing, in everything he’s been in, ever since.

You also have Michael Cera as George-Michael. 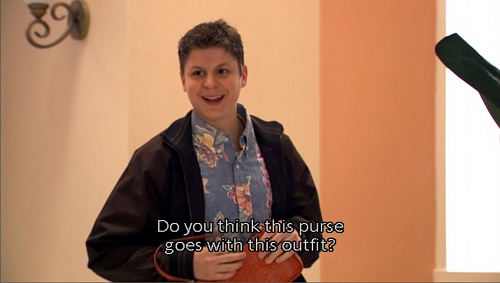 As Michael’s son and number-one concern in the world, George-Michael’s love for the family may be the only thing convincing Michael to stay.

Constantly intimidated by every situation, he often finds himself unable to refuse going along with whatever boneheaded scheme is foisted on him by other family members. And while he doesn’t have a rebellious bone in his body, he usually gets blamed for the resulting shenanigans and has a reputation for being a delinquent.

Of course, his forbidden crush on his cousin Maeby may have something to do with that.

It’s the role Michael Cera is best known for, and the one he has been playing, in everything he’s been in, ever since.

And then there’s Jason Bateman, as Michael. 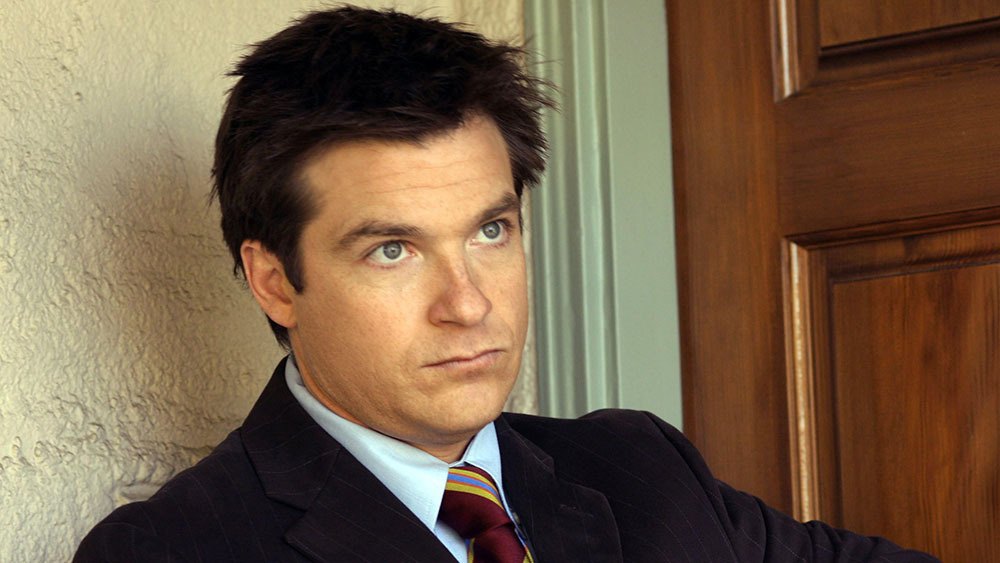 The “normal” Bluth son, this longsuffering and even-tempered everyman is woefully unprepared for whatever hairbrained hijinks his family will try next.

And while he puts on a brave face, attempting to rise above the fray, he secretly wishes he could be just as bad as them and resents the fact that he alone has to be the responsible one. And whenever the smallest chance for happiness comes his way, he wants to seize upon it, and may go so far as to almost sell out his family to pursue it.

But guilt always brings him home. He constantly sacrifices his happiness to keep his family from ruin. He’s the ultimate straight man, and Jason Bateman will be playing him forever.

The other characters all deserve special mention, but none of them was necessarily a career launcher. Nevertheless, there are quite a lot of personalities on display in Arrested Development, and every one of them has their own unique chicken dance.

Arrested Development is a great show…that kind of deserved to be canceled when it was.

It has funny situational humor, dyed-in-the-wool characters, and tons of laugh out loud moments, yet it doesn’t particularly do anything to stand out. It has no outrageous hook. It blazes no trails. It is merely the mastery of fundamentals. And as important as it is to have good fundamentals, that’s not what sells seats.

The steak is here. They just forgot to add the sizzle.

But it is on Netflix, and it’s better than a lot of the other schlock you’ll find from the early 2000s. It is highly bingeable and great for clearing your head after a long day at work or school. If that’s what you’re looking for, then put it on your queue.