They took his life.

They took his land.

They took him where he cannot stand (though, since they already took his life, there weren’t many places where he could stand).

But they couldn’t take the sky from him…until they cancelled the show.

And that pretty much left him with nothing.

I am sure that everyone reading this post remembers my Firefly review, so I won’t feel the need to retread old ground here.

Suffice it to say that it was a much loved and daringly original show that, for all its faults, did not deserve the appalling treatment it got from the FOX network, which esteemed the show as a red-headed stepchild before it even aired.

The unfairness of the network decision makers, and the backlash from fans against their belligerence, has been the primary driver of Firefly‘s current cult status.

In any case, the need for a wrapup to Firefly‘s story was so great that it warranted a continuation. This could easily have been done in the form of a graphic novel or other non-visual medium.

Instead, they went the Twin Peaks route, and made a movie.

There Once was a Ship Named “Serenity” 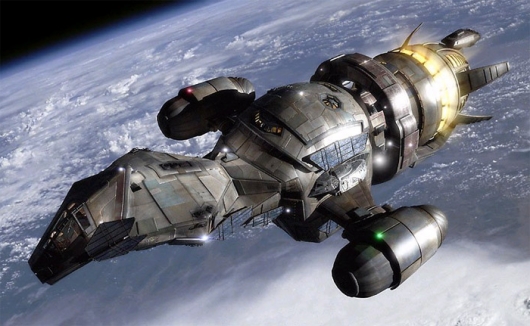 Serenity was available on Netflix back at the time I reviewed Firefly, and I added the movie to my queue, fully intending to watch it after I’d Netflixed a few other shows.

And then, out of the blue, it disappeared from Netflix entirely. I’ve said a lot of good things about the platform, but I have to admit that they do not do a competent job of letting you know when your saved shows are going to up and vanish.

But recently the movie was added back to the platform, allowing me to finally write a review.

So here’s the story:

Several months after the events of Firefly, the crew of the good ship Serenity are still mostly in the same boat.

Shepherd and Inara have left the crew, but River and Simon are still hanging on, though just barely. Captain Malcolm has decided that River’s psychic powers are too useful to leave unexploited, so he takes her on a bank heist that nearly gets them all killed.

After making a big show about leaving Serenity forever, Simon is forced to come back when River has a violent meltdown, triggered by one mysterious name: “Miranda”.

Meanwhile, a nameless Operative (played by Chiwitel Ejiofor) of the interplanetary Alliance has been tasked with eliminating their lost psychic assassin, as her telepathy may have accidentally exposed her to state secrets too dangerous for her to know. The Operative is a ruthless killer in his own right, and a fanatical believer of the Alliance’s false promises. 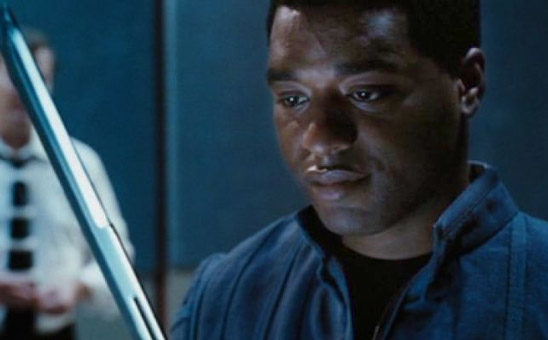 The Operative ensures that every friend of Serenity’s crew, and every safe harbor where they might hide themselves, is destroyed. As their options run thin, the patchwork people of Serenity, thrown together by fate and forced to survive against towering odds, may be forced to do something truly desperate.

I was pleased to discover that Serenity improved on its foundations, surpassing Firefly in a number of key areas:

And, most importantly of all, they wrapped up a few of the show’s biggest mysteries, bringing closure to what could have been an unsolvable puzzle. Because if a story is going to pose big questions then it had better give us a few answers.

Though the production values were obviously bigger for Serenity, with better lighting and cinematography than we ever got from its sister show, the sets and props that were reused from Firefly still looked more like something from a TV show and not from a motion picture.

And really, that was fine. It never broke the experience, or called too much attention to itself.

But, at the same time, I have been conditioned (as you have) to recognize the difference between theatrical productions and TV shows. It’s amazing how Hollywood-produced films rarely give the impression of being shot on a sound stage, even when they absolutely were. And that I never really noticed this before is proof of their quality (the same goes for camera work: the less you notice it, the better it is).

That there was a noticeable difference between sets that had come from the show, and sets that had specifically been made for the movie, gives a good idea of just how different these two kinds of production can be. And while it never lessened my enjoyment, it was overtly there.

Serenity is a spectacular movie.

It can be enjoyed on its own, but is particularly satisfying as a capstone to the Firefly TV series. It demonstrates the best of Joss Whedon’s talents and proves that he is just as capable a director on smaller budget films than he was on The Avengers.

The writing—both the dialogue and the story itself—are top notch. The actors bring their A-game. And we get some awesome space battles.

As one of the better movies on Netflix, you should add it to your queue. Regrettably, Firefly is not currently on Netflix. Still, better to make the most of what the platform has on offer right now.