It’s a sad reality that, for any kind of work, there will be at least one part of it that is not fun. When your work is getting a thing published, the non-fun part comes from setbacks, cancellations, rejections, and implosions.

And that’s the kind of thing I had to deal with this week.

But an encounter with these setbacks is not so much a problem in itself. The real ordeal comes as you try to decide what to do next.

Should you be angry at losing the opportunity?

Should you despair for the outlook of the project?

Should you change your approach? Did the problem lie within your own effort, or was the setback rooted in someone else’s ability to perceive what you had given them?

Answers aren’t always obvious. I can’t tell you the right way to react. But I’ll tell you how I am going to react.

I’m Going to Talk About my Book

I of course believe that every rejection of my current offering is a mistake. If I suspected any reason not to publish project A9, then I would not be showing it to people in the industry. This book is professional grade, and any professional who risks reading it to the end will elect to publish it.

That is my guarantee.

So my only task—all I have to do—is get an agent or acquisitions editor to read to the end. So the real obstacles standing in my way are primarily that

I possess a remarkably small amount of leverage in the situation. I have no inroads or connections in the publishing industry. My communications are almost exclusively through written emails (which are never as persuasive as in-person meetings). I have a book whose whole is greater than the sum of its parts, but unless someone is willing to observe that whole, they will never understand what they are passing up.

Project A9 is a Slam Dunk

Over the years, I’ve started more than a few projects that I have later given up on.

I have also finished a few products that I was proud of, but that I was certain would not be published.

My current project (codenamed A9) is not one of these. A9 is a powerfully balanced and structured book. Not only is it a tale of high adventure, but it is driven by the twin spears of action and character drama. It’s an exciting story, with meaty characterizations and moments of enlightened levity.

It’s easy to get into and highly focused. And it only gets better as it goes along. All good plots are magic tricks, and in this book the knot is tied page by page, and then brilliantly pulled into a straight rope at the end.

Thematically, it is a story about bravery and loneliness. The two main characters are the loneliest people in the world. Though they hate each other intensely, they are likewise defined by each other. And even when they stop fighting, they have to confront the idea that they cannot help each other. The miracle is that they still try.

The Book is Out There 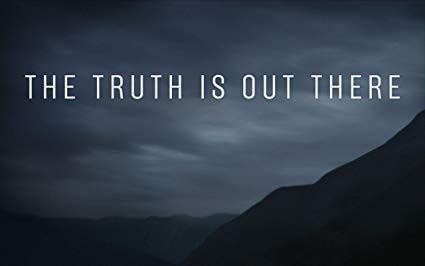 A good book is like the answer to a painful question. Sometimes it’s maddening to know that I have the answer, but the person asking the question doesn’t know I exist.

After writing a number of books and making a number of mistakes, I can confidently say that project A9 is a book that people are looking for. Which of those people is going to find it? I don’t know. But it’s out there, and it is not hiding.

I won’t stop campaigning for it. It’s worth the effort, and I know some reader someday will be glad I put in the work.

One thought on “When Setbacks Happen”