You’re thinking of a number.

A number between 7 and 34,794. Concentrate on that number. Let it fill your entire conscious process, and hold it there.

Keep holding. Hold it up high, above everything else in your mind. Let it smother all your other thoughts.

Now I am going to reach out and read your mind. This won’t hurt.

Now tell me: is this your card? 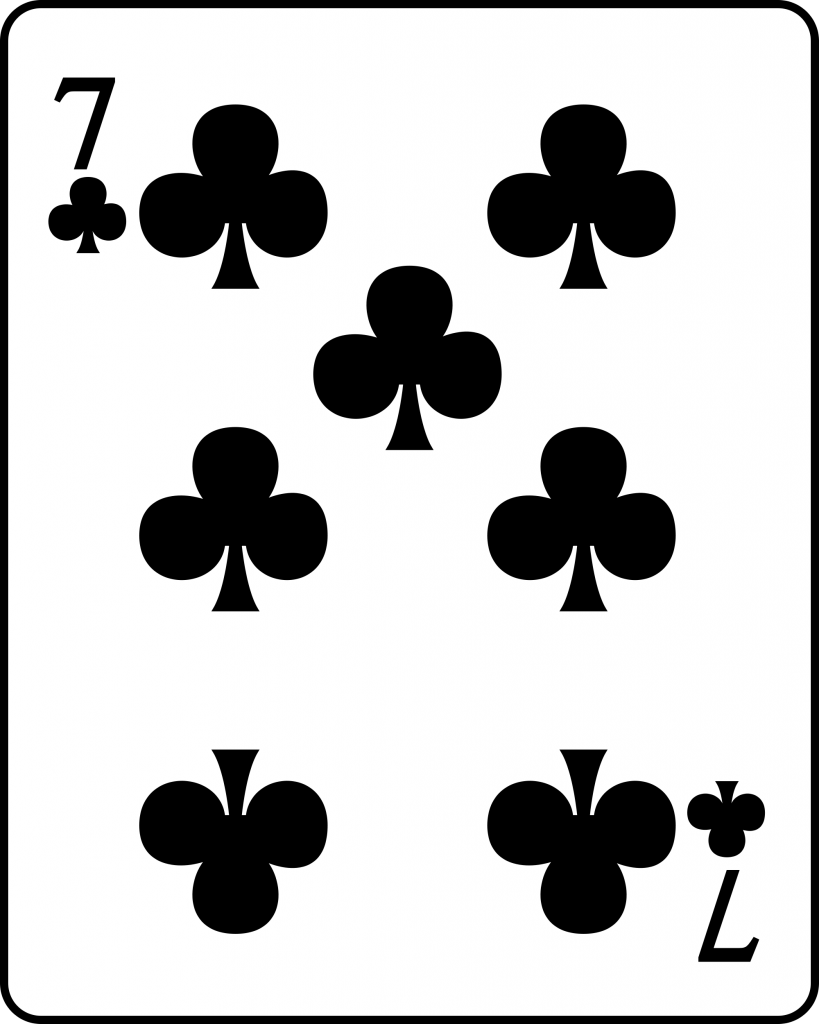 Once again, we see that the laws of nature are no match for mystical mumbo jumbo. Oh why did we ever place our trust in logic, science, and direct observation?

But It wouldn’t be so Great in Real Life

That’s a good point. Though psychic powers are a staple of sci-fi storytelling, they would pose serious risks if they actually existed. No information would be safe. Telekinetic killers would stalk the streets. Lotteries and stock markets would be easily gamed. And prom queens across the land would be doused in pigs’ blood.

But have you considered that life in such a world might be hardest for the psychics themselves? Well, someone certainly thought so.

This is The Disastrous Life of Saiki K.

This ain’t Your Little Brother’s Anime 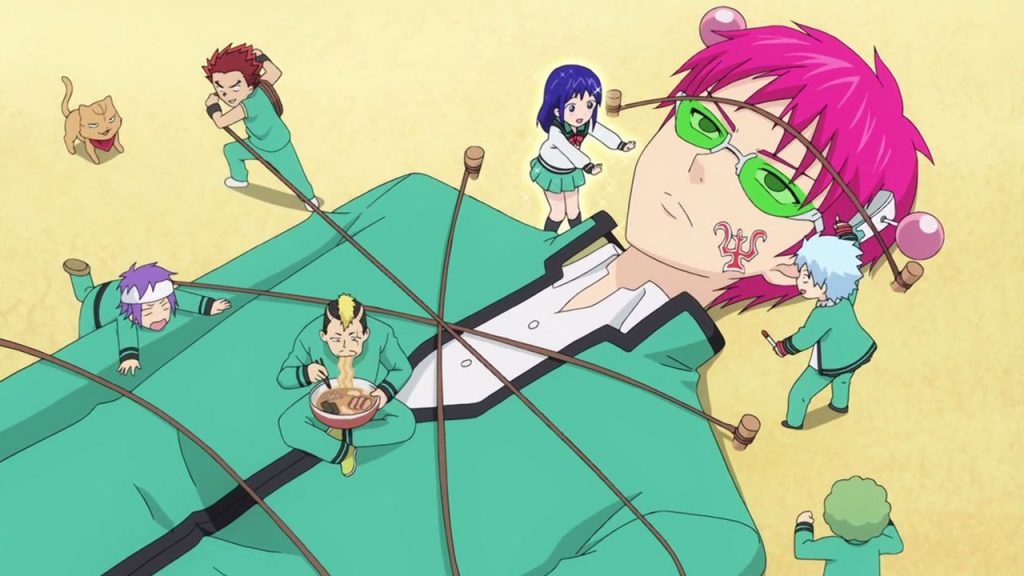 I went into this show fully expecting it to be a more-or-less typical shonen setup.

Boy was I wrong.

Because Saiki K is actually a sitcom, along the lines of any number of US-produced sitcoms of the 80s and 90s, such as Small Wonder, Out of this World, or even Sabrina the Teenage Witch. It features a supernaturally powered adolescent protagonist making his way through ordinary life while being surrounded by an eccentric supporting cast.

That Saiki K is animated is not much of a distinction. Most supernatural sitcoms feature some kind of animation to make the special effects work. What really separates this show from all those others is the quality of writing and the devil-may-care attitude it takes towards continuity and world cohesion.

Half the cast of Saiki K are aware that they are living in an anime (and will even reference the manga that it is based on from time to time). The exact rules for who knows this and when are somewhat fluid.

And the emphasis on comedy comes at the expense of anything resembling a story arc or character development. The protagonist is the only one who changes as the series progresses, and that change is glacially paced.

Still, it’s a fun show overall, with plenty of charm and unexpected twists. But before we pass judgment, let’s slow down and see what all the fuss is about.

All Powered Up and Nowhere to Go

A number of modern anime are exploring the Omnipotence Problem. It makes sense, since the art form is saturated with overpowered protagonists. Where else can the industry go but inward, exploring the drawbacks and downsides of having absolute power.

One-Punch Man is a manifestation of this movement. Saiki K is another. 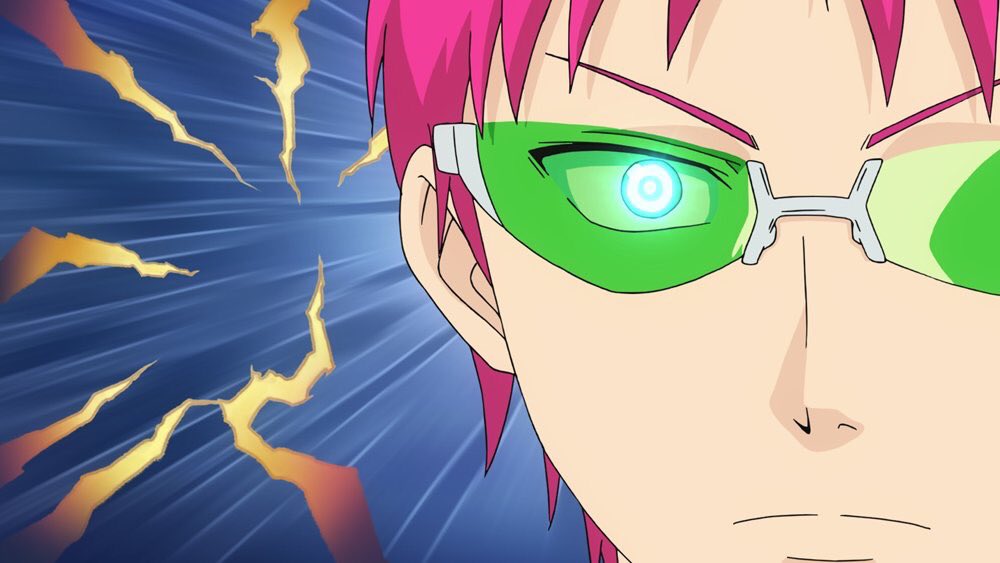 Our “hero”, Kusuo, was born with psychic powers, and the passage of time has only made those powers stronger.

He can do all the things other fictional psychics are known for, such as

He also has an ability called “apport”, where he can make any two objects in the world swap locations, as long as those two objects have the same value—the same monetary value.

Yeah, that raises all sorts of questions, such as why these supposedly supernatural abilities are beholden to money, or whether the kind of money makes a difference, or how exactly you price an object when market prices are always subject to fluctuation?

But the more important question is what will Kusuo choose to do with these powers. The show halfheartedly tries to explain that there are limitations to those abilities, but Kusuo regularly violates those limitations. The only thing that keeps him from accidentally destroying the world are a pair of power-dampening antennae that he wears on his head at all times.

Well, in a monumental showing of self-defeatism, Kusuo uses his powers to…conceal the fact that he has powers.

No really. He spends every waking moment hiding his psionic abilities from his teachers and schoolmates, trying to appear “normal”. Of course, that’s hard to do when everyone around him is also extraordinary.

One Hundred Clowns, One Straight Man 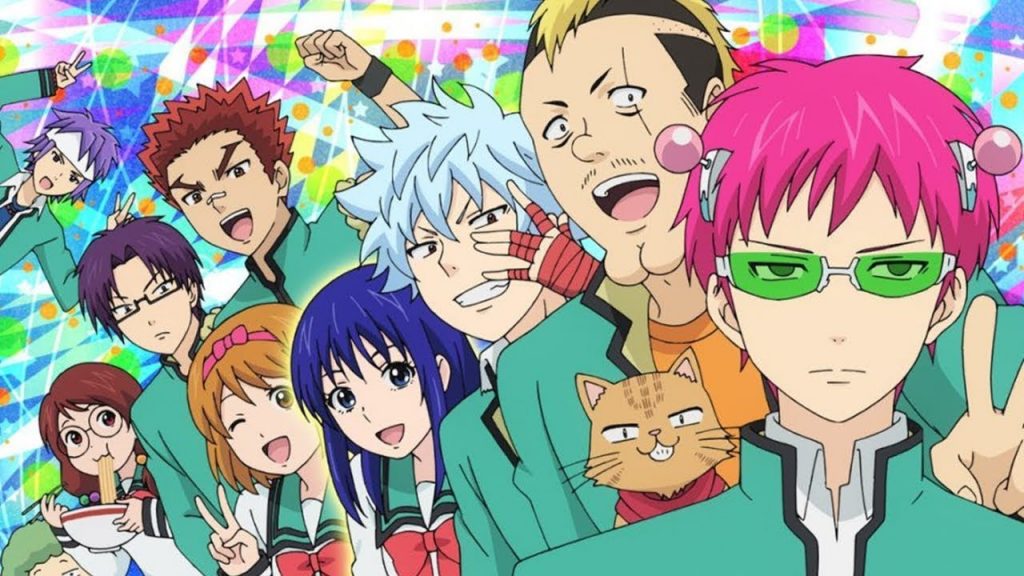 The constantly put-upon Kusuo may be the only superhero-level metahuman at his school, but everyone around him has character quirks that strangely leverage themselves into powers of their own.

Whether it’s Shun, the boy who has deluded himself into believing he lives in a shonen anime, and has a superhuman ability to make people feel sorry for him.

Or Nendo, the insanely strong idiot whose possesses the only mind on Earth that Kusuo can’t read.

Or Toritsuka, the spirit medium who employs ghosts to help him spy on women.

Or Mera, the constantly starving poor girl who can eat her way through any problem.

And each of these nutjobs is just another hurdle for Kusuo to manage in his quest to keep his secret hidden. They are all thorns in his side, but Kusuo can manage them, for the most part.

His only real enemy—the only power in the universe that can truly challenge him—is GOD. 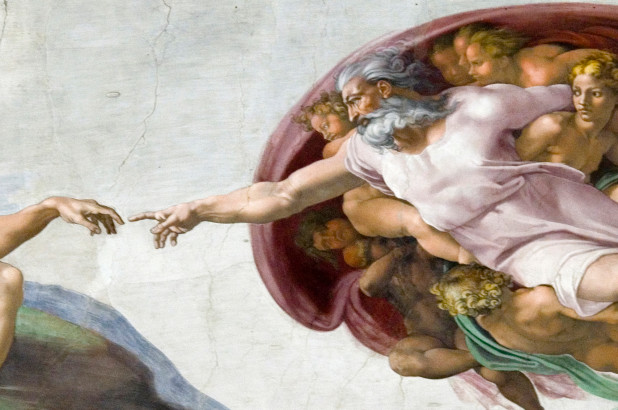 Because there is an angel walking the halls of Kusuo’s school, and she rushes in where fools fear to tread. 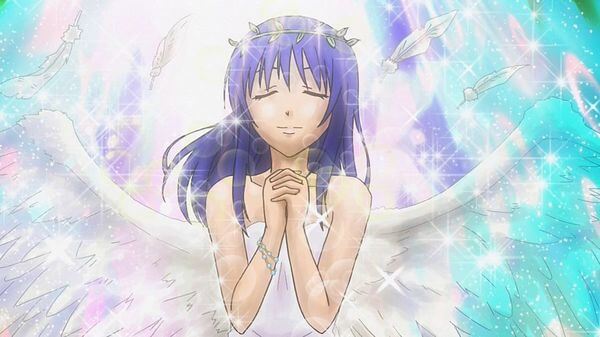 She’s beautiful, inside and out. And she is so favored by the Powers that Be that they regularly move Heaven and Earth to please her. Which is bad news for Kusuo, because she has a red-hot crush on the pink-haired boy.

Though Kusuo is highly antisocial and would like nothing better than to be left alone by everyone, circumstances always conspire against him. He finds himself hanging out with friends every day and maybe, just maybe, learning to appreciate them. Does this jaded psychic really have a heart of gold, or is he merely the victim of all-powerful sitcom writers? Only future seasons may tell.

The Disastrous Life of Saiki K. is not a well plotted story. And my bias is showing here, because I prefer stories to have consequences and an overarching direction for the plot to move in. Even in my sitcoms, I prefer a degree of story progression over random, episodic humor (for example, I had a lot more fun watching Cheers when Diane was around).

But I have to say that as far as anime sitcoms go, Saiki K may be the gold standard. It is consistently funny. It has an ever-burgeoning cast of eccentric wierdos. It knows how to play strange character traits up for laughs. And it has a highly relatable protagonist.

Like Kusuo, I know what it’s like to be the odd man out. And the fact that the show humanizes him (though it takes its sweet time getting there) makes me appreciate the series in a way that I’m sure a lot of other people—people who know what it’s like being the loneliest person in the room—will resonate with.

There’s a meme out there that captures the essence of this show: 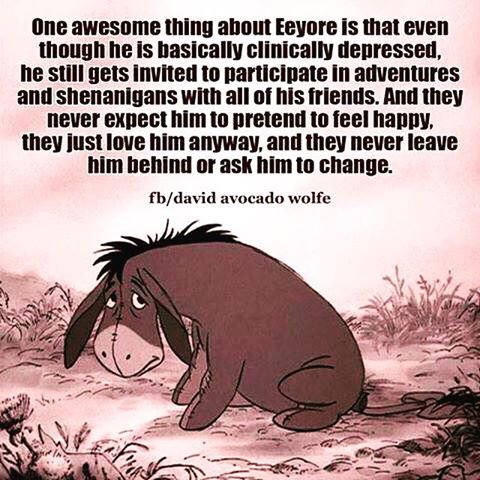 Kusuo is just Eeyore…with dangerous psychic powers. His friends include him in everything, even though they never ask him to change. And it’s that silent but unyielding devotion of all the supporting cast that makes this show so enjoyable to watch.

It’s on Netflix, so give it a try.