A new show has come to Netflix…and it’s already cancelled.

That’s right, NBC’s Great News has come to Netflix after the show already bit the dust. Funny how they didn’t realize that the key to success is to start on Netflix (broadcast TV is even deader than this show).

Still, we at least have two seasons to explore. Is this show simply another IP that was ahead of its time, or was it all a huge mistake to begin with?

In the Same Vein as Kimmy Schmidt

Female-led screwball comedy is blossoming as a genre right now. Ranging from true spoofs (Angie Tribeca) to surreal misadventures (The Unbreakable Kimmy Schmidt) there has a been a departure from low-key situational comedy and a triumphant return to over-the-top, bonkers and bizarre laffers.

And Great News is another crest of this wave, though it hangs out on the Kimmy Schmidt side of the pool (Tina Fey even has a guest appearance). 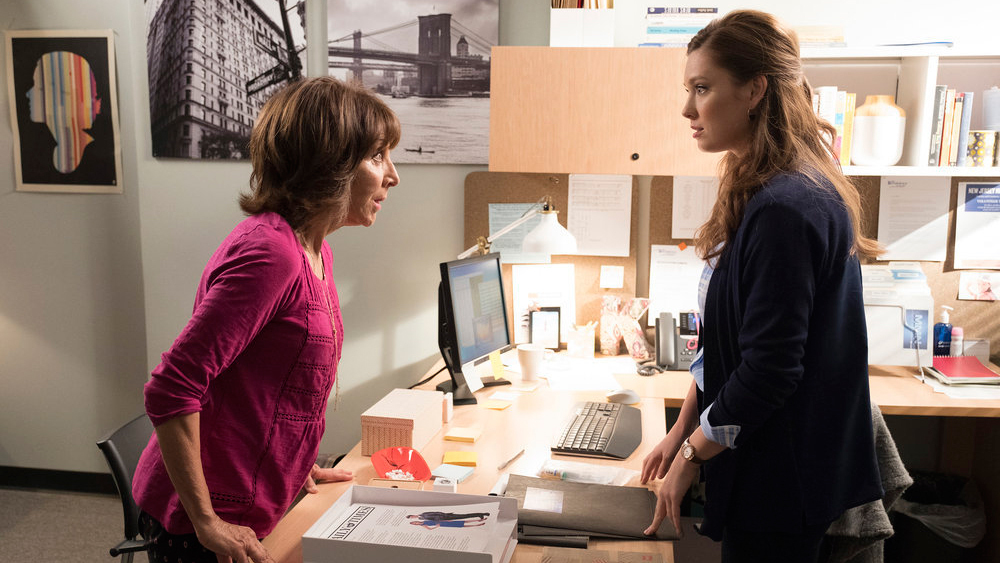 For right as Katie has settled into her job as associate producer for 24-hour cable news station MMN, her mother, Carol, decides to get an internship at the company for college credit.

Which would be strange enough in itself, but it turns out that MMN is staffed by a host of oddballs, divas, grouches, losers, and psychopaths, each with their own story to tell. In the glamorous world of cable news, everyone is a target and nobody is normal. All you can do is enjoy the ride and hope your mother doesn’t embarrass you.

It has its moments.

That said, I can see why it was cancelled. For all its attempts to make light of modern office life and news media by taking common gripes to ridiculous extremes, it still confines itself to the tired and played-out classic sitcom formula, where the comedy is used as a vehicle for some kind of moral lesson about the importance of relationships.

And that’s the part that Great News just isn’t great at.

The jokes are sharp and usually come at you from the side like a knife between the ribs, but instead of committing to the comedy, they try to bandage it over with character development that doesn’t feel genuine.

So yes, it’s funny. And the jokes are largely character-and-context-focused, but those characters and contexts are not rewarding in and of themselves.

As an example, consider Katie’s series-long “will they or won’t they” relationship with Greg, the company’s executive producer. A lot of the show’s most gut-busting jokes comes during Katie-Greg moments, but the characters have zero chemistry together. It’s great that they can nail each other so mercilessly with zingers, but I found myself not caring about them as people.

And that’s just not enough to keep a TV series running.

Great News is a decent sitcom. The humor is zesty, but the fundamentals are flawed. And whenever they use the former to serve the latter, the appeal falls apart.

It’s a short show that is highly bingeable. Knocking it off your to-watch list shouldn’t take more than a few days, and you will get a few chuckles out of the ride.

Catch it on Netflix today. Back to you, Portia!