This is not a post I ever expected to write.

This is also not a post I ever expected to read, but if I was going to read it, I would expect it to be written by someone else, hosted on some other site—some other blog. Curiously enough, this subject has fallen into my lap, as if daring me to write about it, leaving me without the time or breath to come up with an excuse not to write it.

“Stephenie Meyer is an agent of Satan.”

That was a sentence which floated into my ear not long ago. Unsummoned. Unexpected. Yet there it was.

Now, I must preface my remarks by saying that the person who said this sentence is not a bad person or a stupid person or a person who is particularly troublesome in any way. The person who uttered this sentence is a well-informed reader, who knows a great deal about the author scene here in Utah, who has befriended a few authors, and has at least enough analytical skill to not only make highly-developed judgments of the books she reads but also back up her critiques with reasonable arguments. This is not an expose of the person who made the statement. It is a plea for readers everywhere not to make the same mistake.

So why would this reasonable person assert, with such conviction, that this woman 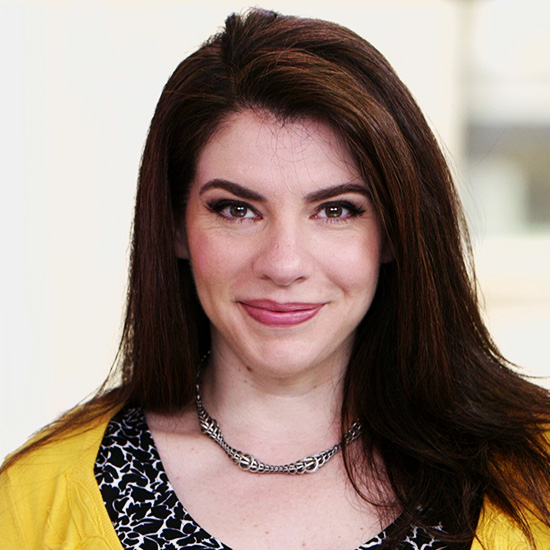 is in the employ of this guy:

Whoops! Sorry, I mean this guy:

Will I ever get tired of this joke? Find out next week, same bat time, same bat channel.

I believe the answer to that question lies in the fact that Reasonable Person was simply caught up in a much larger, much more disturbing trend that she had not started and cannot be held responsible for. But the trend is very real and more than a little troubling. To understand the roots of this problem, we must start with a little background information.

I enjoy every chance I can get to sit down with people and talk about books, especially when the people in question have read the same books I have. So when I had the opportunity to sit down with Reasonable Person and talk books with her, I took it.

Now, when I talk about books, the subject can go in many different directions, but often it returns to one particular topic, namely,

I live in Utah, but that’s only part of the reason I talk about it when I talk books. The bigger issue is that Utah, for whatever reason you wish to believe, churns out bestselling authors by the bushel. Of course, not all of them stay in Utah, but a lot of them were either educated here, born here, or live here. It would be impossible to list them all, but if you want something like a concrete list, here’s a few:

And I’m leaving out a lot of deserving names here.

Another topic I often return to is Mormon authors, which list is not quite the same as the one above (though there is a great deal of overlap). These topics appeal to me not only because I live in Utah and am a Mormon and am trying to become a widely-read author, but because it seems like I can’t round a corner without bumping into someone successful in this field. And, of course, a lot of other people around me are aware of this phenomenon.

So when I talk with Reasonable Person and ask her about the kinds of books she likes, the conversation naturally distills into a discussion of Utah authors and Mormon authors. She likes some but not others. She adores Shannon Hale but it hesitant to try Brandon Sanderson. She’s heard of Lisa Mangum but has no idea who Larry Correia is. She has good things to say about Fablehaven but nothing but derision for the Leven Thumps series (despite both being written by the same author). The entire discussion satisfies and is illuminating. So I try to keep it moving.

“And, of course, you know about Stephenie Meyer,” I remark.

“I despise Stephenie Meyer,” she replies.

“Yeah, I understand completely. I only managed to read the first Twilight book, and then only because I took vomit breaks every ten minutes.”

“No, it is so much worse than that. Stephenie Meyer is the worst. All she did was write a Harlequin Romance and dress it up to make it more appetizing to women who would never read trashy novels otherwise.”

“Yeah but she made a BOATLOAD of money doing it. I’ll admit I can’t stand her, but she has to be doing something right. She has to be.”

“That’s beside the point. What she does is insidious. Her books peddle immorality to women. They’re dangerous. Stephenie Meyer is an agent of Satan.”

And that’s when I was confronted with my dilemma. I can’t hide the fact that I seriously dislike Stephenie Meyer, even though, at the same time, I’m kind of awed by her popularity, her success, and her presence. It does not hurt my feelings when she gets lampooned, and I want to keep having an amiable discussion with Reasonable Person. But…I just can’t stand for such rhetoric, even if it’s insincere (and coming from the mouth of Reasonable Person, it did not sound like hyperbole).

The assertion given by Reasonable Person is heartbreaking and even shocking to me, but it is not entirely something new to my experience. I have heard similar things, uttered by more than a few people, about many other authors.

One of the earliest examples I can think of is Madeline L’Engle, who wrote excellent books, but was decried by “concerned citizens” because, as a Christian, she denied the existence of hell and believed in universal salvation of all souls. Another example, which got even more publicity, is the case of J.K. Rowling, who was accused of corrupting young readers with satanic messages in her books. And I remember one story about Brandon Sanderson (which you may take with a grain of salt, since this is an old story which I only heard once) in which his Stake President had gotten letters from agitated fans who suggested that the Church should stop him from putting the D-word in his works.

I hate hearing stories like this. They never fail to upset me, just a little, because none of these authors have done anything to deserve such abuse. An evil person may become an author, of course. And evil ideas can be written down, naturally. But attacking an author for his words, even if those words violate your own ideas of right and wrong, is a vicious act; rarely, if ever, made with an understanding heart and a virtuous spirit. Too often, it becomes the intellectual equivalent of a lynch mob, formed to silence an adversary before they speak their own defense.

I’ve often asked myself why this keeps happening. And as I consider the topic over and over, I am brought back to a quote, by Isaac Bashevis Singer, that seems to sum up the problem.

A good writer is basically a story teller, not a scholar or a redeemer of mankind.
ISAAC BASHEVIS SINGER#amwriting pic.twitter.com/t74CzJRLQp

Good Advice, but why did Mr. Singer have to give it? Because people do treat writers like guiding stars, like kings and gods who control the world of ideas. Which would be a great deal for writers…if all ideas were good ones, or if everyone would agree about which ideas were good ones.

Somehow, we have gotten the idea in our heads that successful writers are supposed to be—required to be—the chosen ones who open the eyes of the world and save humanity from itself. Even a few writers believe this (and they are insufferable for it). And it’s not like this belief is without basis. Some writers have changed the world: Thomas Payne started a revolution with his pamphlet. And Hitler fanned the flames of the German war machine with his autobiography, leaving every page bloody.

And I admit that books are a way of extending the shelf life of an idea. They can expose a man or woman’s arguments to a wide audience. But we would all do well to remember that the world has also been changed, at times, by silversmiths, grocers’ daughters, computer programmers, soldiers, full-time mothers, doctors, lawyers, judges, dancers, teenagers, painters, mathematicians, princes, prisoners, pirates, prostitutes, seers, saints, and filmmakers—only some of whom were trying to make those changes when they happened. Granted, all these people eventually put out books (written by their ghostwriters, in most cases), but those were only written after each of them already made their mark on the world.

With so many people, with so many differing opinions, contributing to the changes in the world, can we really demand that all of them conform with our ideas of how it ought to be changed?

Deifying our writers (and our politicians, filmmakers, etc.) makes this mistake all the worse. We as humans can, more or less, handle disagreements with our peers. But when we have disagreements with our gods, the only way we can rationalize it is to relabel them as devils. A woman who reads trashy novels is disdained, but a woman who writes trashy novels is slandered and despised. It’s not fair, and, more importantly, it’s not smart.

Are the Twilight novels trashy? I’ve only read the first one, so I can’t be sure, but I do know that they don’t conform to some fans’ ideas about what they should be. Does that mean the fans have no right to complain or point out the flaws? Not at all. But if we think that Stephenie Meyer is some dark god, fallen from heaven for writing and publishing these books, it’s only because we put her up there in the first place. Once you understand that she’s someone’s neighbor, who has to brush her teeth every morning and wait on hold whenever she calls tech support—just like everyone else—you will stop seeing the antichrist in her. And when you realize that she wrote her books not to reveal the deep mysteries of life to the reader but to tell them a love story with vampires (and maybe make a few bucks while doing it), you might just stop hating her.

Even if Bella is the whiniest, fawningest, most unlikable character in all of literature.

If you want a speculative fiction writer to be your moral compass or spiritual guide, fine. Scientology will gladly have you.

Otherwise, authors are just storytellers who are trying to get their name out there and make what money they can.

And, as it turns out, Reasonable Person is a reasonable person (spoiler alert). I was eventually able to make headway with her, through the arguments listed in this post, and through one more argument that still ought to be mentioned.

“Look, I don’t like Stephenie Meyer, but I know a lot of people who do—good people. And these people were not led astray from reading her books. Even after reading the whole series, they were still good, upright people and were not any morally looser than before. If Stephenie Meyer really were an agent of Satan, I would imagine she would be better at ruining people’s lives.”

And that was enough to get a concession. She found a better way of expressing her feelings about the author. We found other topics to discuss, and parted without being riven.

If only it were just as easy to do that with the rest of the world.

P.S. Jon Winokur (@AdviceToWriters) is one of my favorite Twitter accounts. If you like quotes from famous authors be sure to give him a follow.
This week’s tagline: “Where the elite come…without knowing why.”

We Have to Talk about The Conundrum of Reading ...Thwarted by BureaucracyThe First is the Worst: A...Really Tired. Sorry.