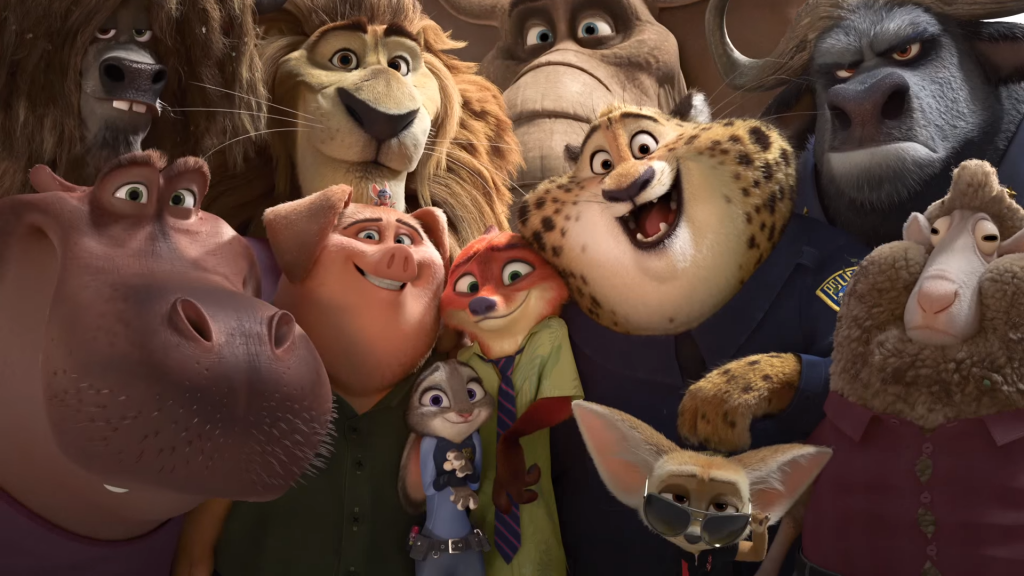 This is not a review of Zootopia.

And before you get the wrong idea, let me reiterate: this is not a review of Zootopia.

I don’t really do a lot of movie reviews on this blog, except in those cases where examining a movie, or series of movies, allows me to tie in to a greater lesson about stories in general (see my Superman post, as an example).

So, while I will certainly be writing about Zootopia here, be advised that I will do little in the way of evaluating the movie, except to say that it was good.

Quite good, in fact.

The Prophecy is Fulfilled

And, more importantly, I walked into the movie theater knowing this would be a good movie. My expectations were sky high and I was positive that they would be filled, if not exceeded. If you had been there, you could not have convinced me otherwise, no matter how much you bribed me (but don’t let that stop you from trying).

How is it Possible?

Peering into the future is supposed to be hard, and I don’t own a crystal ball, anyway. I should tell you beforehand that I had not read, seen, or heard any reviews for the movie before watching it. I strictly avoided any such reviews until after I had left the theater, to make sure that everyone agreed with my assessment (and it was pretty much unanimous: the film currently has a 99% fresh rating on rottentomatoes.com).

So how could I have known, before watching this movie and without reading any critics’ reviews of the film, that this was going to be a good movie?

And before you suggest it, I will say that it was not the movie’s trailer. The trailer is decent, but it doesn’t really tell you what happens in the story. It shows off the quality of the animation (which is stellar, in any case) and it reveals some of the jokes that appear in-movie, but animation and jokes alone do not a great movie make.

So what was it?

When it comes down to it, I knew Zootopia was going to be a good movie because I was alerted, beforehand, to how the movie was written. 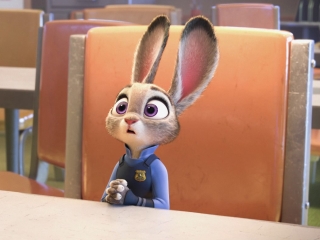 I am referring to this article from io9. It is not a review, by any means, but it goes into some depth about the writing process. The big takeaway is that, a little more than a year before Zootopia‘s release, the writers and director decided that the story was wrong, and they decided to sacrifice much of their progress on the movie to make the story right.

In the earliest drafts of Zootopia, the story focused on the fox character, Nick. He was the protagonist. 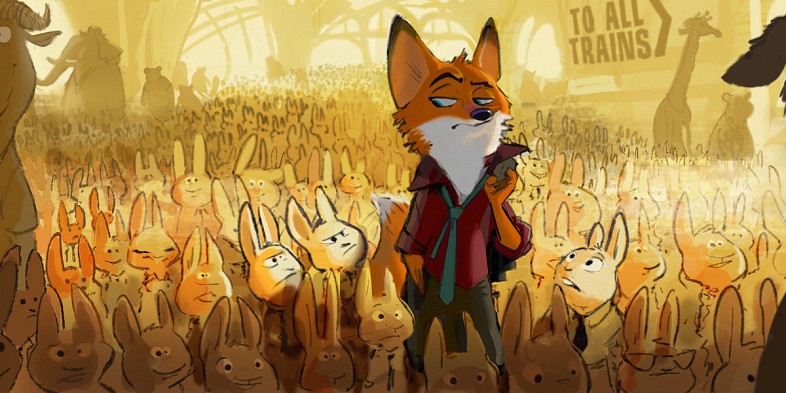 And, as the protagonist, he was a jaded realist, who had given up on trying to change the world and instead decided to play by its rules (whether or not he liked them). The rabbit character, Judy, was a deuteragonist role, who helped Nick undergo his character transformation and complete his story arc through the power of her cheery attitude, showing him the good in people. Etc., etc.

But, when the film was well into production and almost done, the filmmakers realized their mistake: they had gotten the roles reversed. The better story, as they saw it, had the wide-eyed Judy as the protagonist. The new story would have her tempted by Nick into opening her eyes and seeing the world as the wretched place that it is, and center around her struggle to stay true to herself after making this discovery.

It is a much more universal story. Which is not to say that a jaded and experienced character should never be the protagonist (there are many good ones in literature), but when introducing us to a world like the one found in Zootopia, you can get people absorbed into the universe more quickly if you do it through the lens of someone who loves that universe—someone a little naive but ultimately strong because of her unsinkable optimism. The io9 interview mentions this, with the director, Byron Howard, essentially saying that Judy kept trying to become the main character, and whenever the writers tried to resist her wishes, it hobbled the story.

In response, the team working on Zootopia did something unusual.

The Easy Way Out

Now, not to knock the wonderful people who make movies, or the industry that brings them to life, but there are a lot of people in Hollywood who, in the same situation, would simply have said “We’ve only got a few months before we’re forced to tie a bow on this thing. Just patch the film up as best as you can and send it off.”

Such an approach is not unusual. In fact, it’s how a lot of bad movies get made. Every year, we see at least a few films where all the resources were poured into making the movie look pretty, or getting a big-name actor into the project, or acquiring an intellectual property that people are familiar with (think Battleship). And shaping a coherent and satisfying story is only considered as an afterthought, if at all. And why not? A bad movie still makes money as long as enough people go see it. Even if those people leave with a bad taste in their mouths, the ticket has already been purchased, the money already made. And even if the movie is so bad that no one will see it twice, the studio will still release it, because they can’t walk away from such a huge investment and they need to recoup some of their losses. So they throw it to the public, who cannot understand how such a lackluster film was ever greenlighted.

It’s a problem that every major movie studio has, at one time or another, and in one way or another, dealt with. And Disney is no exception: 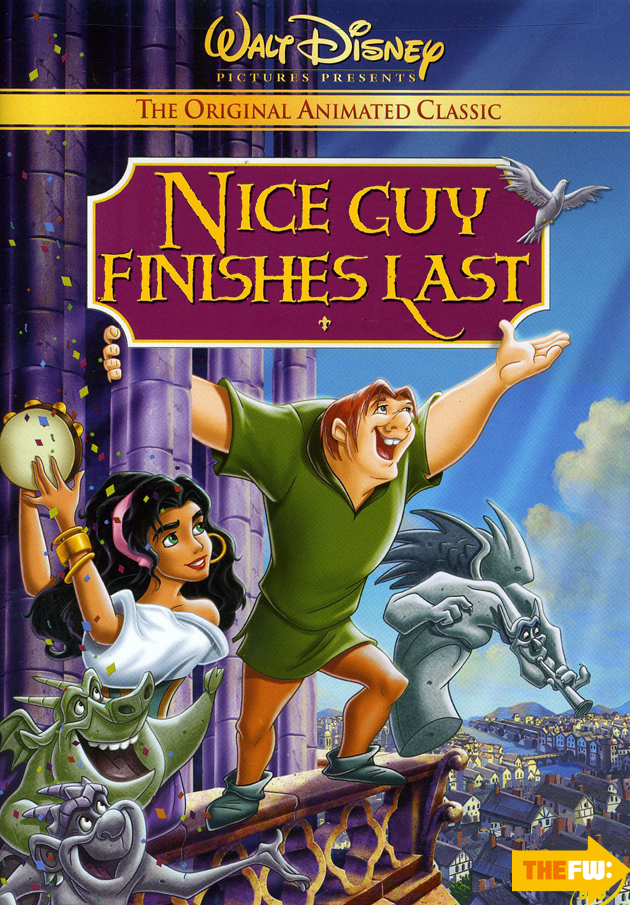 But when this same problem arose in the production of Zootopia, the makers took a different approach. They decided the correct way forward was to make the effort that the movie needed them to make, upending almost everything they had put into the film previously. Most scenes had to be rewritten, which meant that most scenes had to be revoiced and then reanimated. That is an arduous process, but it was done for the sake of the story.

And, knowing that the writers and filmmakers had taken such effort to get the story right let me know, beforehand, that I was going to be watching a really good movie. And I was not disappointed. The story and characters exceeded my expectations. The only real flaw that Zootopia has is the pointless Shakira cameo, which goes nowhere (the character she voices is just a background fixture with no real bearing on the plot of the movie). Apart from that, Zootopia might be one of the best structured and most tightly paced movies ever made.

I Understand Now. You’re Saying that Big Rewrites are what Make Good Movies.

No, that is not what I’m saying. And it’s not true, either.

For every movie whose hastily-written script is uncomfortably shoehorned in, there is another movie whose script is rewritten to death, and then rewritten some more. The situation is kind of like beating a dead horse, except the whole world watches the beating (sometimes in 3D). In the end, you have a Frankensteined script, authored by 50 different people with different ideas as to the kind of story being told, stapled together with no apparent pattern.

There are also situations where a movie suffers from both paradigms. The producers know the script is crap, then start production before they can fix it, then do several rewrites while production is happening. Then realize they’ve run out of time and cancel all further rewrites and just edit together what they have.

So I’m not saying that rewriting a story automatically improves it.

What I am saying is that when other aspects of the movie (marketing, celebrity casting, art style, and even direction) are made subservient to the story, you get a good movie. The makers of Zootopia could easily have said, “Maybe the story isn’t everything we want it to be, but people will see the celebrity voice actors and the beautiful animation and will buy tickets to this movie anyway. We’ll patch up the holes with some more clever jokes and pop-culture references, and we’ll still make lots and lots of money.” And, honestly, they probably would have been right. People would probably still have liked the movie, to a degree, and maybe even bought the Blu-ray for those times when they need a digital babysitter for their kids. Disney would probably rake up a lot of revenue, as well.

But in an era when we have movies like Frozen and How to Train Your Dragon and The Lego Movie, people in the industry are, I personally believe, taking a long hard look at the idea of investing the effort to tell a story that people will LOVE, even if that movie is “meant for children.” And once I heard that Zootopia had put so much effort into the writing and story structure, I could be sure I was going to enjoy it.

Alfred Hitchcock is one of the most quotable filmmakers who ever lived, and one of his sayings that I personally endorse is this:

To make a great film you need three things – the script, the script and the script.

I also appreciate this other quote, by Irving Thalberg:

The writer is the most important person in Hollywood, but we must never tell the sons-of-bitches.

There’s a reason I have personally chosen to become a novelist rather than a screenwriter (put simply, I’m a control freak). But I have a lot of sympathy for people who write screenplays, knowing that, even with the best of resources, those scripts will be imperfectly translated into film. Throughout much of its history, Hollywood has entirely been about chasing trends—looking at the most popular movie on a given weekend, and then figuring out how to rip it off while spending the least possible effort to do so. We’ve lived through the Vampire Trend, and the YA Dystopia Trend, and the Comic Book adaptation trend (and these trends can produce both good and bad movies). But now, I am hoping that studios will start chasing this new and emerging trend—the last trend they will ever have to follow and that will always lead to success.

This trend of movies where powerful storytelling is the priority.