I keep getting requests for anime. I’ll try to keep them in my rotation, but keep in mind that I have a HUGE to-watch list right now.

With that out of the way, let’s dive in to Soul Eater. 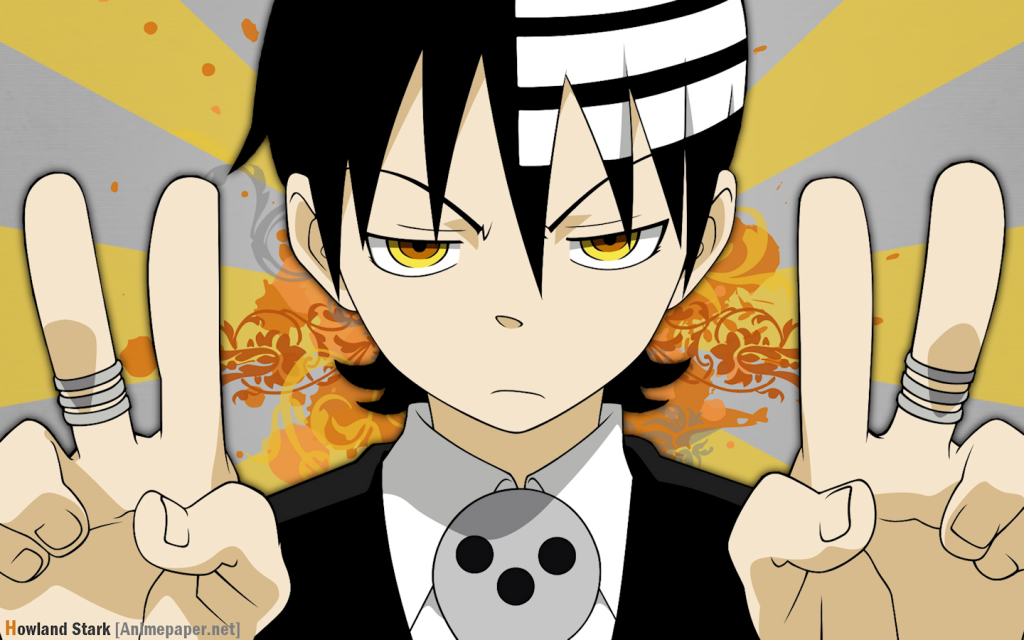 For a lot of people, all anime is impossible to get into. As much as its influence is spreading here in the west, and the many footholds it has gained, it’s still miles and leagues from being enjoyed in the mainstream. 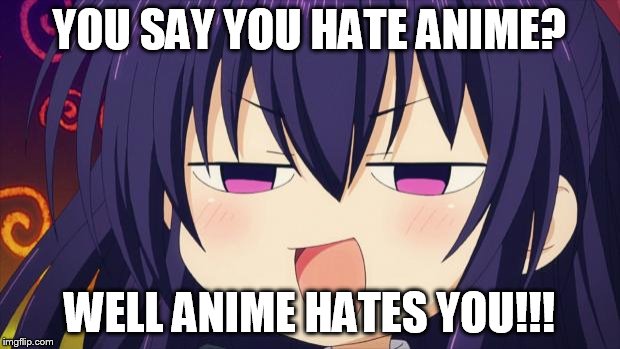 Soul Eater is an excellent anime (I normally pass judgment at the end of a review, but here it’s important that you know my feelings before I justify them). However, as I began watching it, I found myself caught in something of an awkward stupor, as if I had been handed a coded message I just could not decipher.

This series, more than many others, requires a bit of explanation before it can be “got” by the average viewer. In the interest of clearing away the brush for potential viewers, I am going to explain a few things here.

A Question of Motif

No, that’s not the right way to begin.

No, that doesn’t sum it up, either. 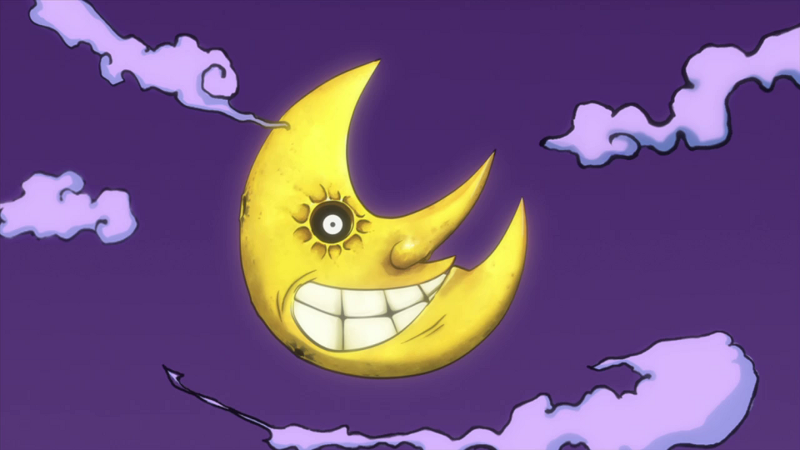 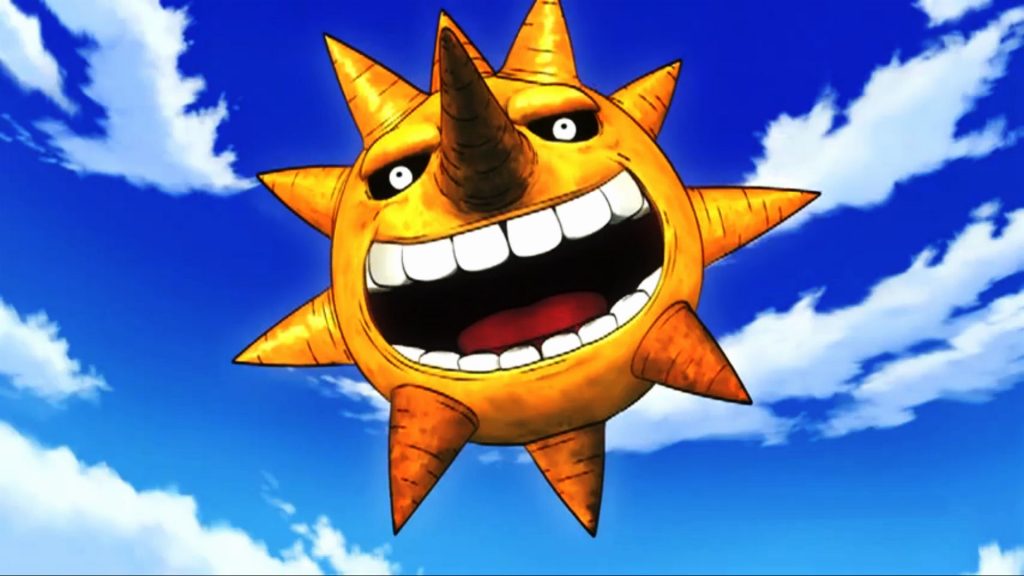 And that’s Soul Eater’s biggest issue: at first glance, it defies explanation. That makes it very hard for someone who has seen the show to tell other people what the show is about.

However, I believe this gap can be bridged quite easily, by simply stating upfront what the show’s motif is.

Basically, Soul Eater is what Halloween would look like if it were reincarnated as an anime. While no part of the series ever takes place on All Hallow’s Eve, and there is no trick-or-treating, the show clothes itself in Halloween—not as a plot point, but as an aesthetic.

That’s why we have the scary sun and moon, and we have werewolves, witches, devils, and vampires among the cast. They didn’t all come together to tell a Halloween story, they are just a bunch of Halloweeny things that happen to make up this world.

As soon as I figured this out, the show made a million tons of sense, and I could really begin to enjoy it.

The other thing that almost kept me from giving the series a chance was it’s exorbitantly long prologue. The show’s first three episodes are only used to set up the backdrop of the world and the backstories of the main characters. Nothing relevant to the main story happens in these first three outings. And while these episodes do a fantastic job of introducing us to the characters, and should not be skipped, they slow down the plot in a big way.

Don’t let the long introductions keep you away from this series. They are temporary roadblocks on the path to something truly enjoyable.

A long time ago, godlike monsters called Kishin almost destroyed the world, but were stopped by Death himself. In order to keep this problem from ever happening again. Death founded the Death Weapon Meister Academy (DWMA), which would teach young people how to hunt down corrupted human souls which had become “Kishin eggs”.

This also required Death to update his image, since teaching young people meant being able to interact with them. 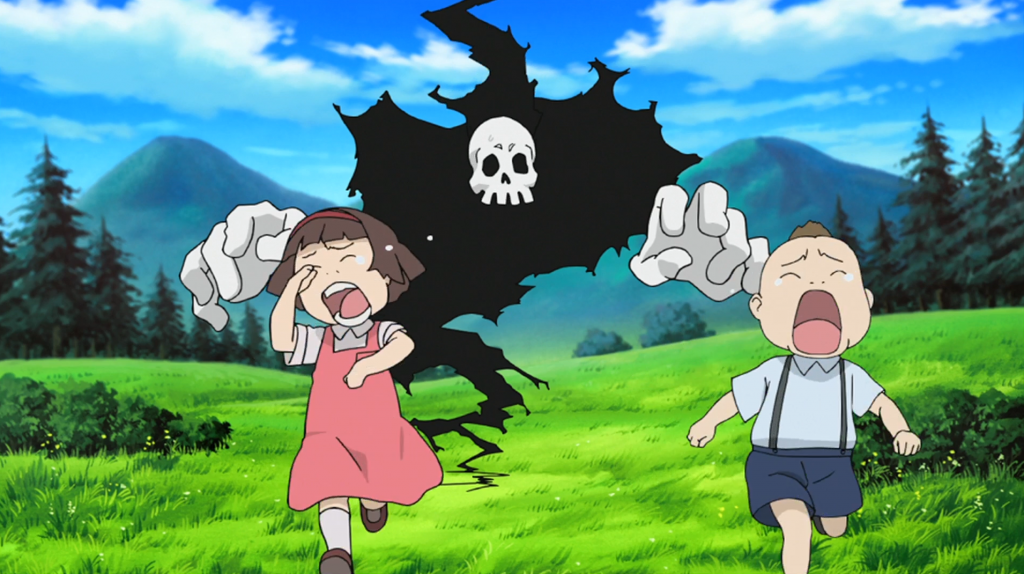 After this little rebranding, Death was able to grow the DWMA into an internationally respected organization, and his students were able to be a force for good in the world. 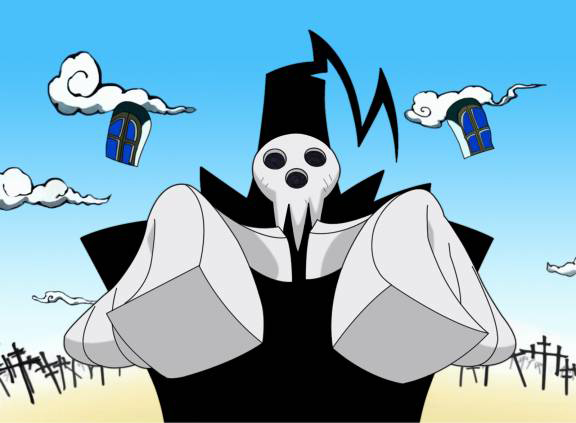 The students, however, fall into two categories:

Meisters: Humans who are taught how to control their “Soul Wavelength” for use in battle.

Death Weapons: Magical armaments that have the ability to take human form, and thus live human lives, even to the point where they can marry and have children with humans.

The show’s magic system involves the way that Death Weapons amplify their Meister’s wavelengths, allowing for all kinds of neat magical effects.

Soul Eater’s seven primary characters are split into three teams. Though it technically has a main character, it is very much an ensemble cast, which the series successfully leverages to cater to a variety of anime tastes.

Let’s examine each of them. 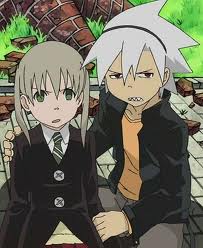 She aims to become a top student, and he is trying to earn the right to become Death’s personal weapon. They make a cute couple, and they are both dedicated to putting aside their feelings as they fight for the safety of the world (a policy that does not always work out well for them).

Maka is arguably the show’s central figure, as she is the one with the special destiny. Living in the shadow of her mother—one of the greatest Meisters who ever lived—Maka is ashamed of her philandering father and goes out of her way to make him feel bad.

Soul is secretive and a perennial cool customer. Humble enough to understand his place in the broader world, but still cocky enough to show off in a fight, he is a more balanced and well-rounded character than your typical “loser who overcomes his weaknesses to take on the world” stereotype that saturates anime. 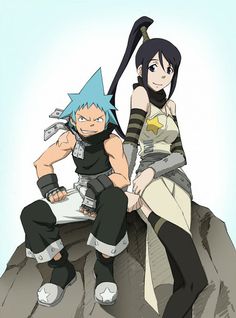 Black Star is the “loser who overcomes his weaknesses to take on the world” stereotype that saturates anime. He is the Naruto of the show, but that is not so banal in this context, because he is supported and shaped by the more powerful personalities in the show. Confident that he is destined to become stronger than God (in his own words, no less), he plows into every problem.

Tsubaki is his perfect foil, patient and longsuffering. She wishes only to be useful to Black Star. At least, that’s how she presents herself.

In reality, she has the most troubled past of any of the main characters, having lost her family while being burdened with all their collective powers. But her suffering has only made her more committed to be kind to everyone around her.

Death the Kid and the Thompson Sisters 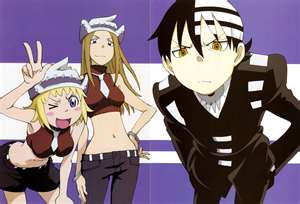 The most powerful team, led by a prodigy and willing to take on any challenge.

Kid is the son of Death himself, with powers that surpass those of mere mortals. He uses a flying skateboard to get around but is not a showoff. He approaches most situations with a blase indifference…except when his OCD kicks in.

Kid likes symmetry, and will often go to ridiculous lengths to achieve it. In situations where this is impossible, he will often become despondent and unhelpful, which can be a very bad thing in the heat of battle. Nevertheless, he proves himself to be a powerful partner as he is able to take down witches, mummies, and all kinds of monsters without breaking a sweat.

Liz and Patty are sisters who owe an allegiance to Kid, who saved them from a life of crime. Patty is bubbly to the point of being macabre, and Liz is terrified of ghosts (which I found strange, considering that she eats souls as part of her job).

Unlike most of the anime I’ve reviewed so far, Soul Eater has a relatively small supporting cast, and not a lot of emphasis is placed on them. Most of the other students at DWMA aren’t even colored in. They are represented as monotone purple figures in the background.

But that is not to say that the supporting cast is anything less than superb. The few side characters who do feature in the series are well developed, and best of them all are the comic relief characters.

Every anime has that funny and animalistic side character who serves as a mascot, but Soul Eater gets away with having two.

There’s Blair the Witch (I wonder where they got that name from), an eccentric cat who has the power to transform into a beautiful woman (who doesn’t mind showing some skin). She loves playing with men and boys and doesn’t particularly care whether or not they want to be played with. She spends a lot of time with Maka’s newly divorced father and making hijinks for everyone at the DWMA.

And then there’s Excalibur.

The legendary sword celebrated in song and story, he has the power to grant his meister the ability to fly and teleport and is, without question, the most powerful on Earth.

He is still searching for a partner who will have him. (I’d tell you more, but I seriously don’t want to spoil a single minute of this guy’s story for you.) 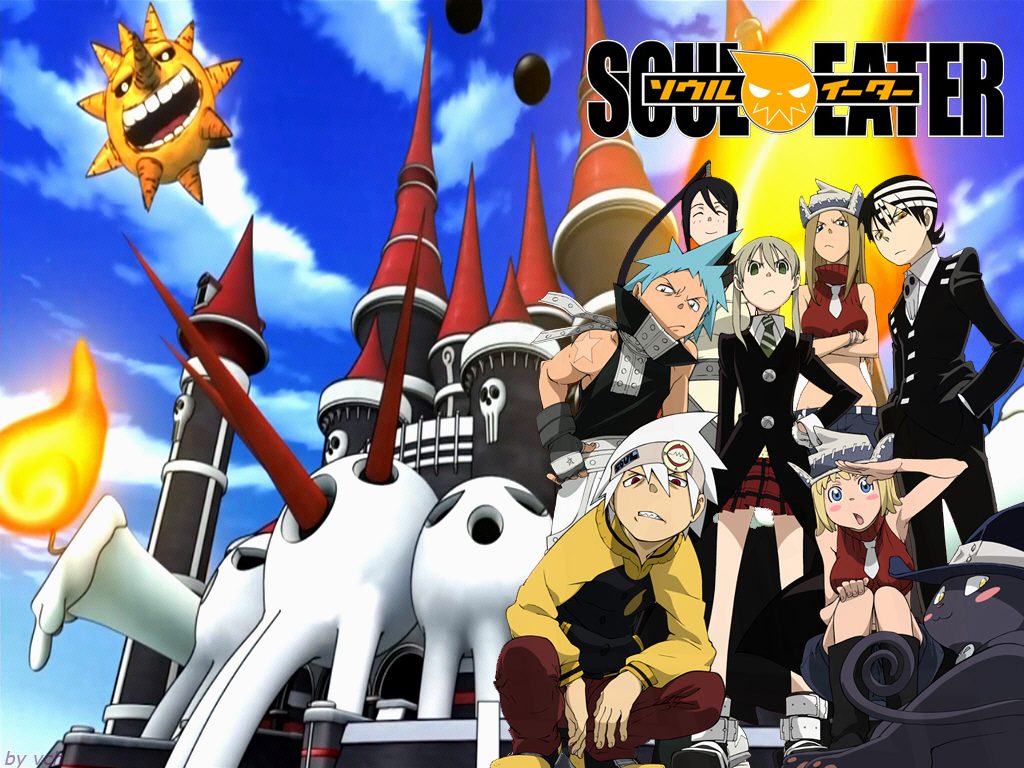 Soul Eater is a spectacular series—one that, unfortunately, has a high entry barrier. But if you can put your misgivings on the back burner, you will be in for a treat as you explore this anime world with lovable and sophisticated characters and genuinely fun stories.

The series doesn’t have seasons, but is instead separated into four “parts”, containing between 12 and 13 episodes each. Apparently, the show only covers a fraction of the stories found in the Soul Eater manga, but it does deliver a complete and self-contained story that builds to a satisfying conclusion.

All four parts are now on Netflix. Give it a chance.

One thought on “Netflixing: Soul Eater”