In 1943, Antoine de Saint-Exupery published an illustrated childrens’ book that became an instant classic and an inspiration to all subsequent generations of writers.

Fast forward to 2016, and a new film adaptation (the latest in a long line of attempts to translate Saint-Exupery’s work for the silver screen) landed on Netflix, where it eventually found its way into my viewing queue.

This is Netflix’s The Little Prince.

Let’s start with some background information.

While many adaptations of The Little Prince have been made over the years, they all run up against the same problems, namely:

Naturally, every possible approach has been tried to overcome these obstacles, and every one has failed. The story of The Little Prince does not fit into the traditional Campbellian model or the Hollywood formula and it is not supposed to, as the major underlying theme of the work is how a single transformative event can completely reshape the course of a person’s life. When you change this foundational principle in an attempt to make the story more accessible, you rob it of what made it so special in the first place.

And because no studio wants to take the risk to make something that defies proven money-making paradigms, what we got is this current bastardization of the source material.

If you are at all familiar with my Netflixing series, you know that I fastidiously go out of my way to avoid spoilers. However, in the interest of expressing fully my feelings on this film, I cannot make that guarantee here. The original book is close to being 80 years old, and the plot twists that the movie tries to force down our throats are lame enough that they don’t need protecting.

I will assume, therefore, that from this point on you are comfortable with the idea of being spoiled. You have been warned.

If you are watching the film in North America, you will notice that it is advertised as a Netflix original film. This is laughably incorrect, as the film received a theatrical release in many territories. But enough tangents.

Netflix’s The Little Prince begins with the story of this girl: 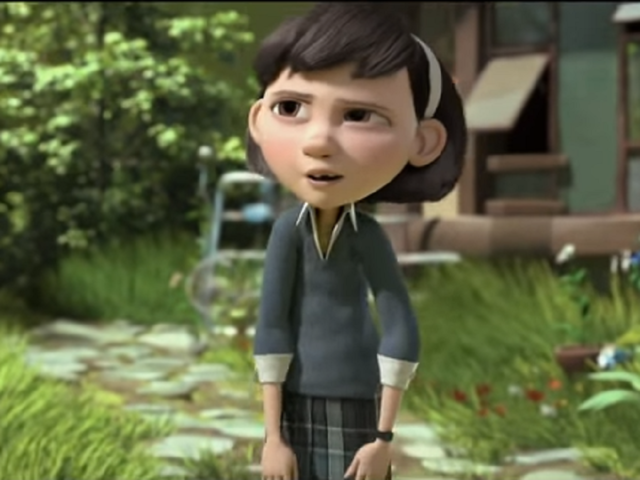 Whom I shall hereafter refer to as “the girl”, owing to the fact that she does nothing to distinguish herself as a character for the entire duration of the film.

The girl lives in the shadow of her helicopter-parenting mother, whose overprotectiveness crosses the line into child abuse. This mother character is given an undeserved redemption arc, leading to a reconciliation with the girl that comes as an unwanted conclusion to the movie and we are given no indication that her abusive parenting will ever stop.

But as the movie begins, and we are just getting the first taste of the mother’s iron fist, the girl manages to meet her new neighbor, who happens to be the aviator from the original book. What follows is a framing device, meant to pad out the running time of the film. And, honestly, that’s not a bad approach to take. It allows the filmmakers to expand the story without necessarily changing anything from the book.

However, it quickly becomes a missed opportunity. 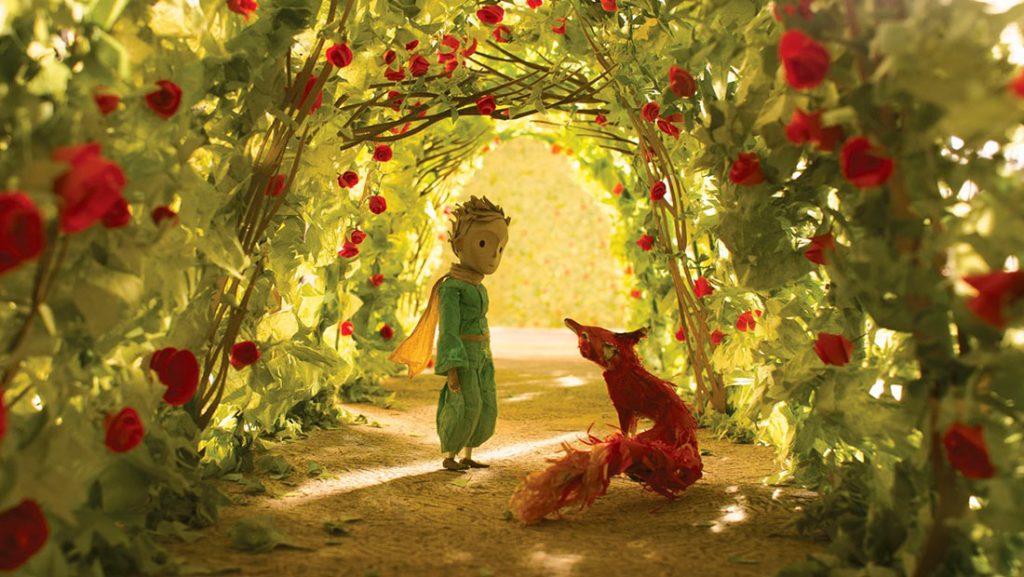 And this is the one place where the movie really shines. These pieces where the actual story is told are gorgeous, faithful to the source material, and beautifully voiced. Watching them, you will wish that the entire movie could have been this way. These flashbacks are infinitely more interesting than the frame story, and Saint-Exupery’s original writing gleams through the unnecessary ornamentation like a lighthouse on a moonless night.

Once the conclusion of the original book is reached, the viewer may be surprised to find more than 40 minutes of running time remain in the film. What are they used for?

You’ll wish you never found out.

After the conclusion of the aviator’s story, he suddenly has a heart attack and is whisked away to the hospital. The girl, desperate to find a way to help her friend, goes out and…is instantly knocked out cold.

In her delirious state, she has a bizarre coma fantasy where she meets a grown up version of the prince on an alien planet where an evil businessman has stolen all the stars from the sky. In an incredibly rushed, good-versus-evil plot, she joins forces with the prince, who has lost all his memories (a la Steven Spielberg’s Hook) and must realize his true nature if he is to overcome the forces of blah, blah, blah, blah, blah. 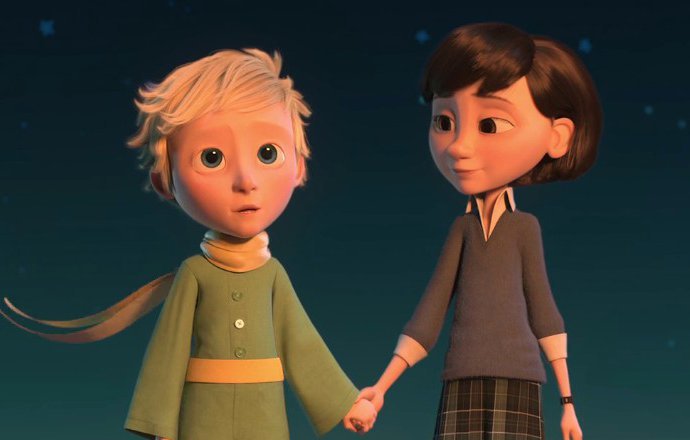 This incredibly unnecessary subplot ends with the girl leaving the prince on his little planet, instead of taking him to the aviator (which was her original reason for going out to find him). The movie ends, nothing has changed, and a beloved children’s classic is butchered.

I should not render my final judgment without first talking about how the movie was translated. Yes, this movie was originally released in French, and all the written text in the film reflects this. The English dubbing, for the most part, is seamlessly integrated into the film, with only a few scenes that have characters speaking while their lips stand still. Honestly, you have to look hard for most of the mistakes.

It’s a shame that we can’t get a version that just has the stop-motion parts of this movie.

The original book was a story about a man lost in the desert who encounters a mystery. The prince is highly symbolic, and there is a strong suggestion that he may be more than human. Like an arrow of truth shot from the far reaches of the universe, he comes, shares some tender moments with a stranger, edifying and enlightening him, and then departs. It is a fantastic story.

And it is almost completely disregarded by this adaptation. The prince is retconned into a bumbling buffoon (or even a damsel in distress), removing or disregarding all the mystery and magic that surrounds him as a character. I can’t get over the irony of this film: it’s central message is to stay true to your inner child, yet the filmmakers themselves have sold out to a heartless industry. It’s kind of like the recent Lorax move, in that regard.

It’s currently a Netflix exclusive, and probably will be for a while. It is worth watching once, if you are curious about the stop-motion scenes. Apart from that, adults are unlikely to be entertained and children are very likely to get bored with it.